David Haye: ‘Some people don’t go for a jog or write a poem – their outlet is giving someone racist abuse’

David Haye faced 31 opponents across 32 bouts in a 16-year career inside the boxing ring.

Racist abuse, however, is something he faces daily.

Between 2002 and 2018, Haye established himself as one of Britain’s most renowned boxers, a divisive character whose rare defeats were celebrated in some corners as vociferously as his numerous triumphs and world title wins across two weight classes.

The spotlight on the former cruiserweight and heavyweight, now 40, is somewhat dimmer, but it still shines brightly enough to highlight the frequent, abusive comments aimed at the Londoner, who is heading up BT Sport’s new Draw The Line campaign, which seeks to stand against hate speech and abuse on social media.

“I get a lot less abuse than I once did, but it’s not happening to me less and less because it’s happening less and less [in general]. I genuinely believe that’s down to my one-strike blocking policy,” Haye tellsThe Independent. “If I see something that for me is racist, whether it’s towards me or someone else, I’ll block that person. It’s just a straight cut-off.

“They might have a fighter they’re supporting, and their fighter knocks out the other fighter. Then they go: ‘You deserve it, I’m so glad. I hope you retire, I hope you get a blood clot.’ You hear and see some terrible things.

“A lot of the time it’s people feeling comfortable abusing someone [online]. I know these people would not – if they were in my face – have anything to say whatsoever, other than ‘can I have a picture with you?’”

Haye knocked out 26 opponents in 28 wins as a professional boxer. The ease with which he could permanently silence a racist social media user is apparent, but Haye stresses that a different approach is much more pertinent.

“The best punishment for these people who spout racist abuse, sexist abuse, homophobic abuse, is to expose them,” he says. “Put what they’ve said out there among all of their friends – to their mum, to their father, to their uncle, to their aunt, to their kids. If there’s a grown man spouting racial abuse at someone, I think everybody should know.

“I don’t think you should be able to comment on someone’s post if your name isn’t attached to it. Maybe you’ve got to show ID, your passport, your driving licence. You should be held responsible, because that then will affect your job prospects and relationship prospects.

“Let’s say you say something horrendous to someone and that person, as a result, takes their life – it happens all the time. The family of that person should know who you are, so they can ask that question: ‘What was it about my son or daughter that made you feel so strongly that you had to tell them to kill themselves? And look, they’ve killed themselves.’”

While the topic of tackling racism may not seem to be one that demands much nuance, Haye argues otherwise. The Briton did, after all, carry the nickname ‘Hayemaker’ despite exhibiting much more subtlety between the ropes than that moniker would suggest.

“During lockdown, stress levels have been at an all-time high,” he says. “People’s businesses are going under, people’s relationships are getting smashed. It’s just a horrible time.

“It feels as though for some people, their only outlet isn’t going out for a jog or writing a beautiful poem, it’s just giving someone abuse. They’re just trying to get so much venom out.

“But what might happen is: I might out someone, and people see that he’s racist and go and attack this person. Then I’m responsible, and they might not deserve it.

Haye, for his part, says he has been lucky to feel less vulnerable than many other victims of abuse might.

Victories over Dereck Chisora, Nikolai Valuev and Audley Harrison – among others – were not tainted by the abuse he received in the aftermath, Haye says.

His defeat by Wladimir Klitschko stuck with him because of the decision Michael Buffer read aloud after the final bell, not because of what Haye read on social media after the bout. 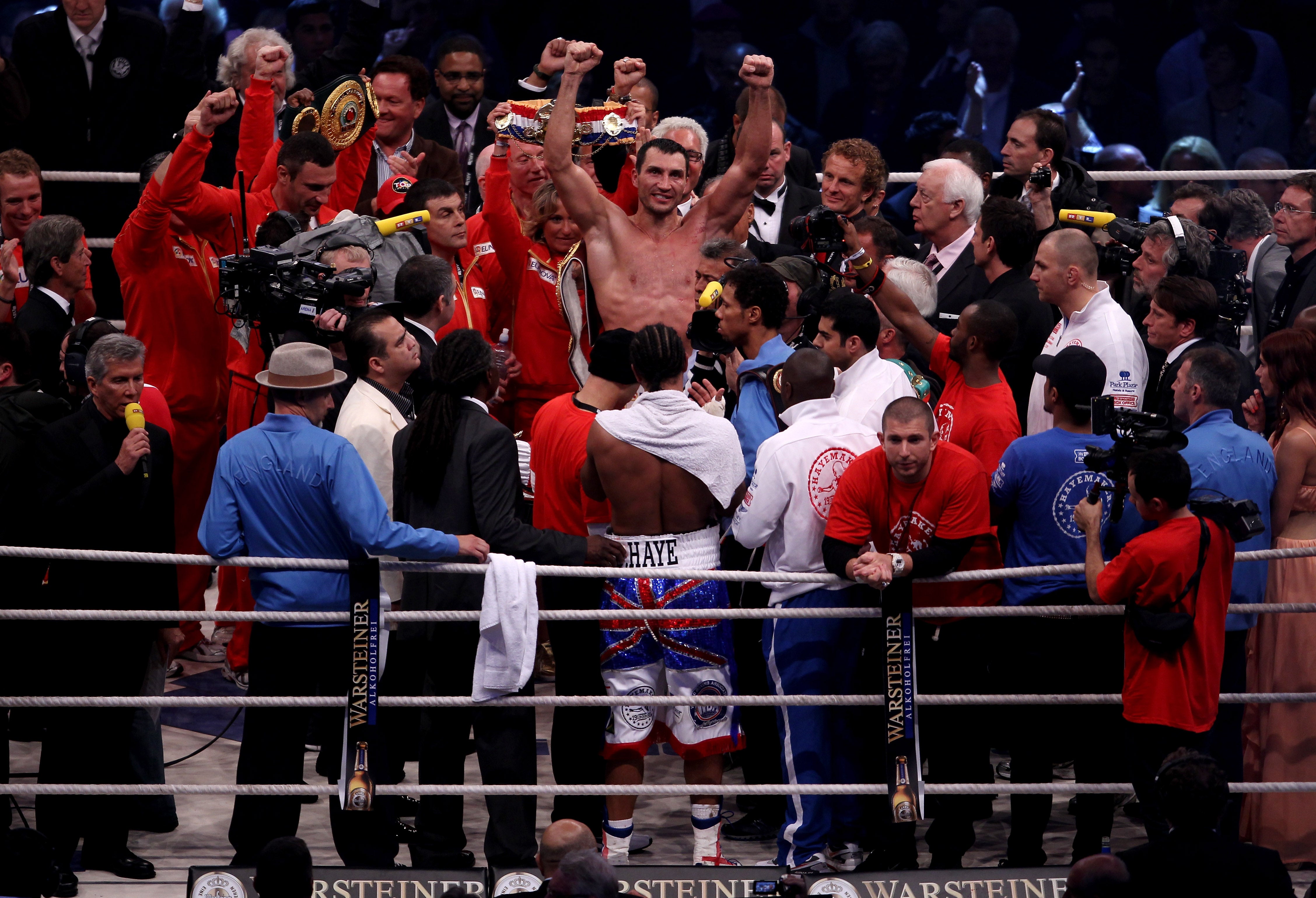 “I’m fortunately somebody who’s very thick-skinned,” Haye tellsThe Independent. “I’ve purposely had a persona which is a bit of a Marmite thing. I realised at an early age that people who have the most amount of hate also have a lot of love. Where I didn’t wanna be was stuck in the middle.

“I’ve always said things towards my opponents to really push the boundary, and I understand someone outside looking in saying: ‘If you’re saying you’re gonna do this to him, why can’t I say I’m gonna do this to you?’

“Well, I’m the person getting in the ring and putting my life on the line, you’re not. And my opponent is gonna have the opportunity to punish me for saying that – it’s not for anybody else to do that.”

In any case, what would Haye say to a young person who is experiencing racism for the first time?

“You’re gonna hear things that you don’t wanna hear, but you can’t let someone else’s actions determine how you feel,” he says.

“If you look for racism, you will find it everywhere. I could open my phone and be offended by everything I see, if I choose to be. I choose not to be. I make the conscious effort not to be.

“I’ll just think to myself: ‘How sad and how lonely must this 40-year-old man be to write whatever horrendous thing he’s written? I’d hate to ever be in your position.’ I just feel sorry for them, that they feel they’re in a place in their life where they have to say something so horrendous.

“It could ruin someone’s day. We only have X amount of moments per day, and if you can infiltrate someone’s moment and change their day from a positive one to negative… that’s unacceptable. It needs to be eradicated.”