DEONTAY WILDER hit out at Tyson Fury for their postponed trilogy and said: 'He did wrong and I'm the one being penalised'.

The heavyweight stars were set to renew their rivalry on July 24 for a third fight in their series. 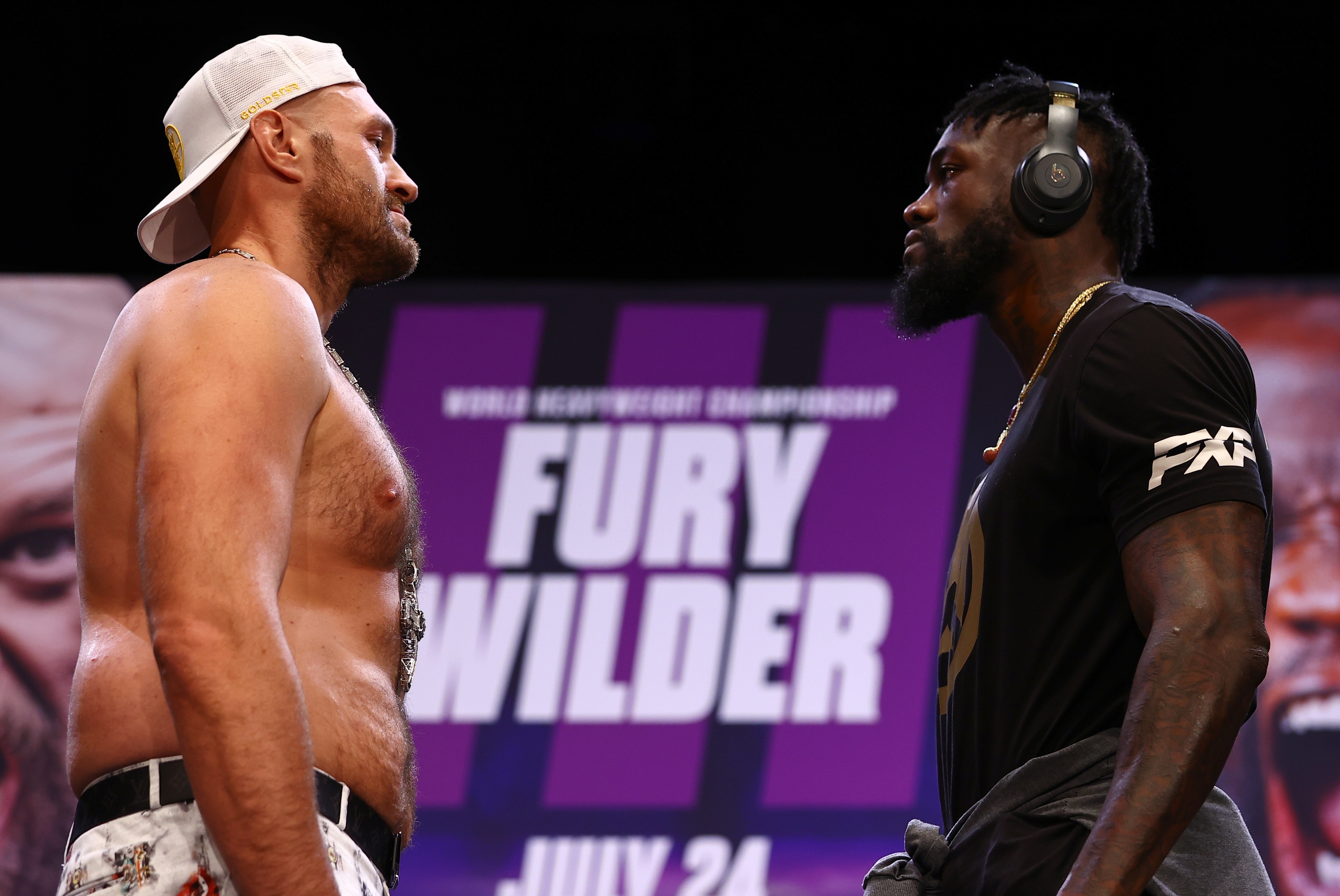 That was until Fury and members of his team tested positive for coronavirus, pushing the trilogy bout back to October.

Wilder, 35, had to wait over a year to get his shot at the Gypsy King, 32, due to an arbitration hearing and has been left fuming with yet another setback.

And according to his co-manager Shelly Finkel, the American former champion was quick to blast the Gypsy King when reacting to the news.

Per the The Athleticand according to Finkel, Wilder said: "Again now, he did wrong and I’m the one being penalised."

The pair first drew in 2018 before Fury won the rematch two years later in a fight which included a trilogy bout in the contract.

But the Brit attempted to walk away from it to instead fight Anthony Joshua, 31, in an undisputed title decider.

Wilder took the dispute to arbitration and was awarded the right to face Fury once again.

But he will now have to wait even longer for his crack at redemption after ten members of Fury's camp were said to have tested positive for Covid-19.

Finkel added: "They didn't do what they said they had and what they should have done as professional athletes.

"There's so much money, prestige and things riding on this, and we all have a job to do to make sure it happens on time."

With Manny Pacquiao, 42, fighting Errol Spence, 31, in August and Anthony Joshua, 31, against Oleksandr Usyk, 34, in September, promoters are looking to stage the trilogy on October 9.

They also hope to keep the fight at the T-Mobile Arena in Las Vegas.