DERBY hero Adayar will skip the Irish equivalent for a likely tilt at the King George at Ascot.

Charlie Appleby reports his ace to have come out of the Epsom classic in tip-top shape after a 'surreal' win. 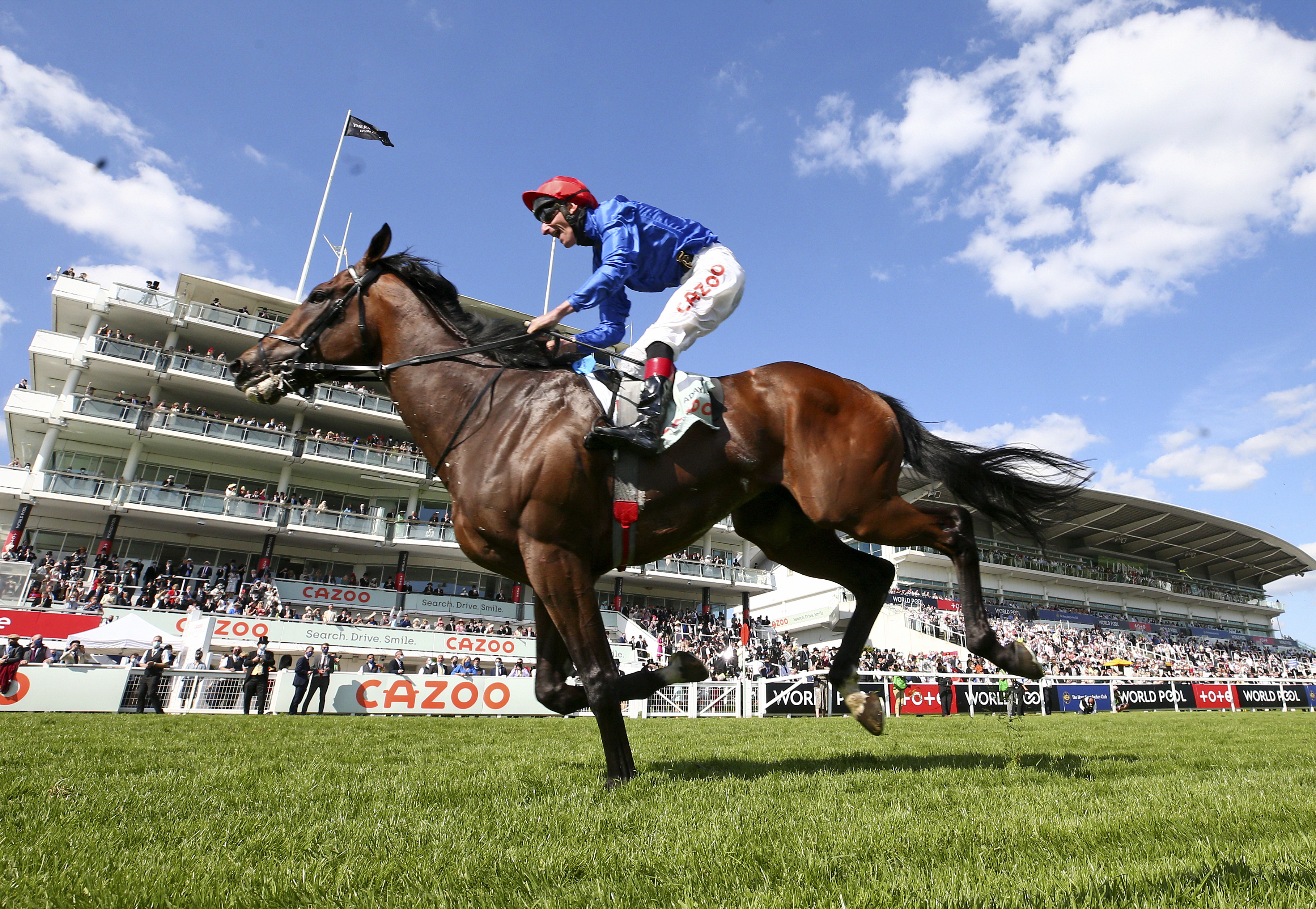 The 16-1 winner provided jockey Adam Kirby with an emotional career highlight and a second Derby win for Appleby.

The Newmarket trainer said: "Adayar has come out of the race great. He went on the seawalker yesterday morning and he has been out for a jog this morning and has been turned out in the paddock and he has shown his wellness. All signs are good so far.

“Without rubber stamping anything the discussions that are taking place at the moment are that we will give this horse a bit more time and look towards going to a King George with him.

“I think timing-wise it suits him and also we will have tested our mettle a bit against the older horses.

“After that we can see what he is like against the older horses there and if he happens to win a King George we can work back from an Arc. If he gets beat in a King George then we revert back to our original plan which was going down the St Leger route.

“I think, personally, looking from the outside having won neither race, I would rather pinpoint one as we all know in the autumn it is a big ask to do a St Leger then an Arc.”

Appleby was still pinching himself that Adayar landed the stable's second Derby in recent seasons.

He added: "When I watched Masar win I stood in the same position under the grandstand and unfortunately the television went off so I had to switch and watch on the television across the track. At the time I still had my eye on Hurricane Lane as William Buick had made his move, which I thought was a winning move and I took my eye of Adayar.

"It wasn’t until I picked up the race commentary that Adayar had skipped probably a length and a half clear and once he had done that I was confident he would put it to bed as the one thing he was always going to do was gallop strongly to the line.

“The one thing that surprised us all, and to this day it still surprises me, is that acceleration that he showed. It’s been well documented about Adam’sride and the gap that he had to take – it was very much a brave man’s route but he had a brave horse underneath him.

“To have trained two Derby winners is of course surreal.”