ED SHEERAN and Gareth Southgate topped a star-studded list of celebrities at Lord's today – but they had very little to cheer about.

England faced old nemesis Australia at the home of cricket in their World Cup clash, knowing victory would see them take a massive step towards qualifying for the semi-finals. 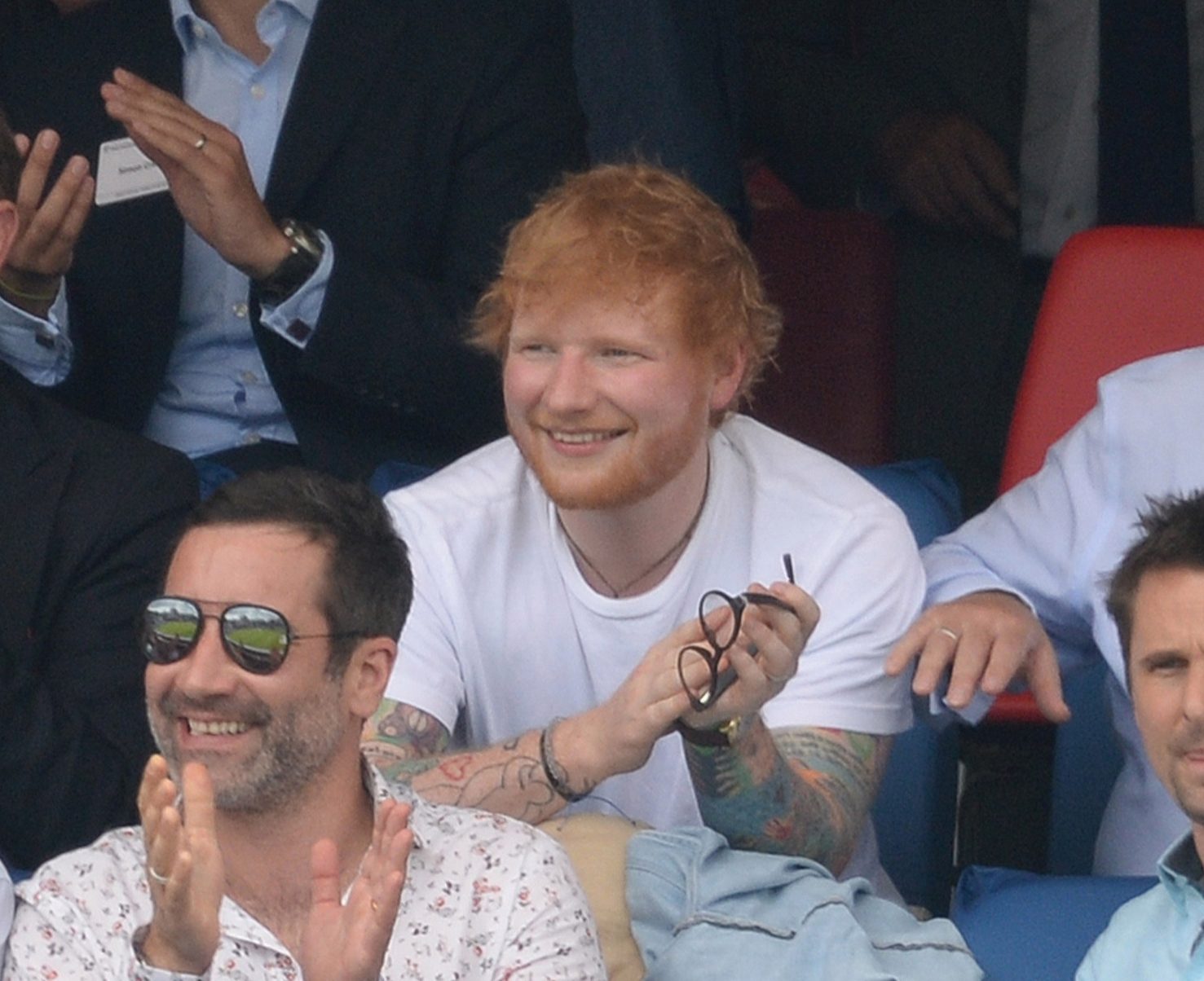 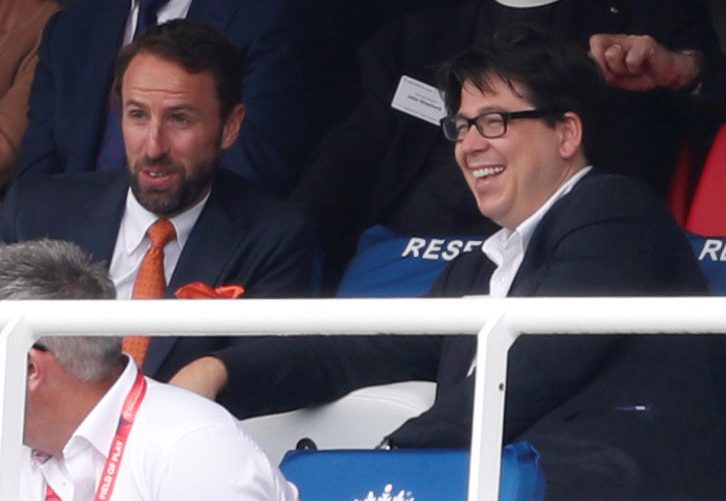 And with that in mind – plus glorious weather forecast for North-West London – plenty of famous faces were in the posh seats to show their support.

Sheeran watched on as England's bowlers struggled to even make a Small Bump in the Australian top order.

Aaron Finch and David Warner put on 123 for the first wicket – the former top-scoring with 100 – before the New Man in Usman Khawaja made 23.

But despite all the A-listers in attendance, England could not find their A-game with the bat and were comprehensively beaten by 64 runs.

Sheeran will no doubt be disappointed his A Team were all at Tenerife Sea with James Vince falling for a second-ball duck while Joe Root and Eoin Morgan went for single figures.

England's football manager Southgate would have been desperate to give a motivational speech to spur on the English players.

Most of the 30,000 inside Lord's were in no mood for laughing as Australia dominated with bat and ball.

Well, unless you were sat next to comedian Michael McIntyre who was in the house.

McIntyre lives in nearby Hampstead and is a keen cricket fan so Southgate was certainly in good company as the pair sat together.

Sheeran was sat with royalty as the Earl of Wessex Prince Edward perched alongside the award-winning singer-songwriter.

But it was the Australian bowlers who were singing from the same hymn sheet as they reduced England to 26-3 and then 53-4 before Ben Stokes brought his side in contention with 89. 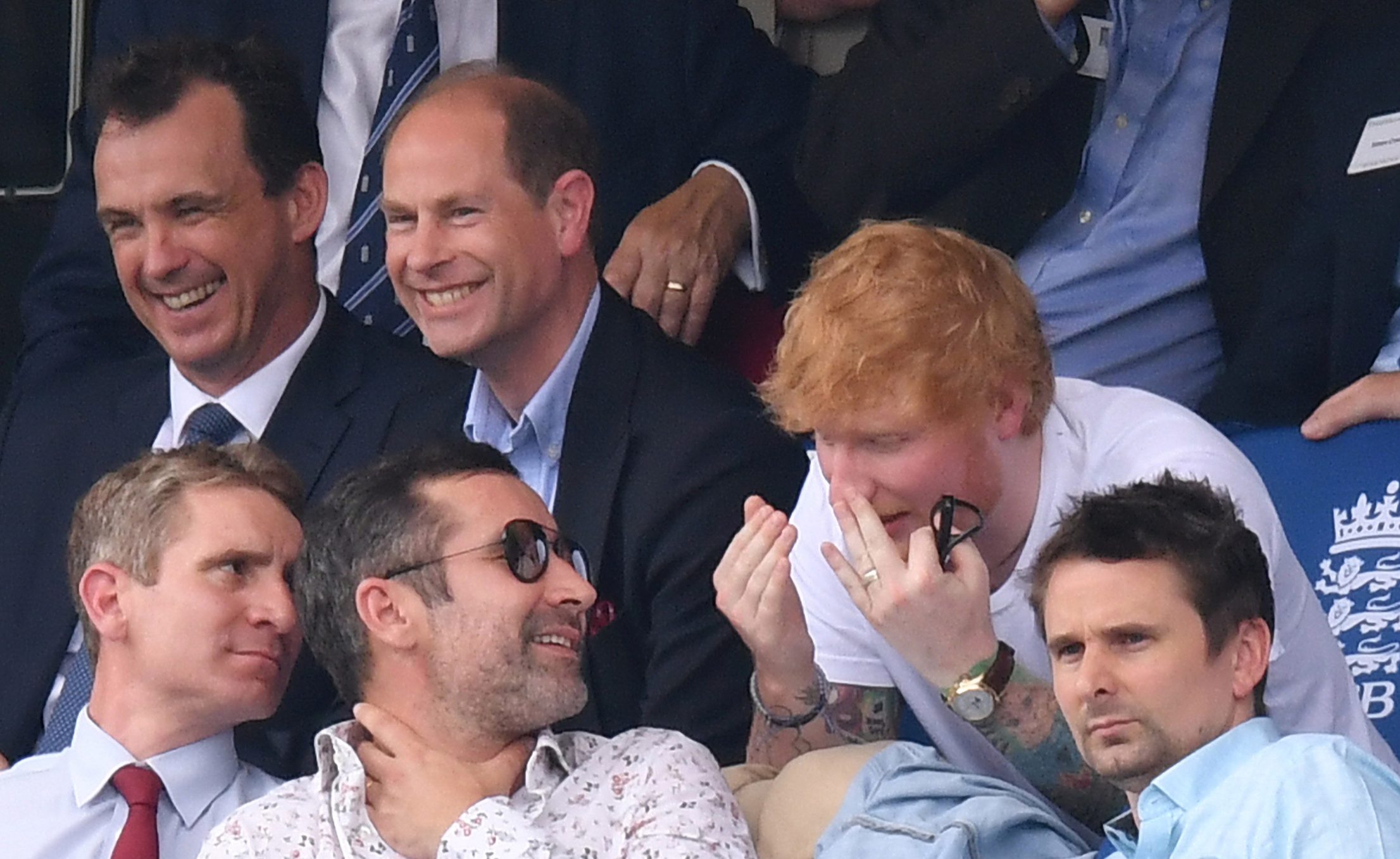 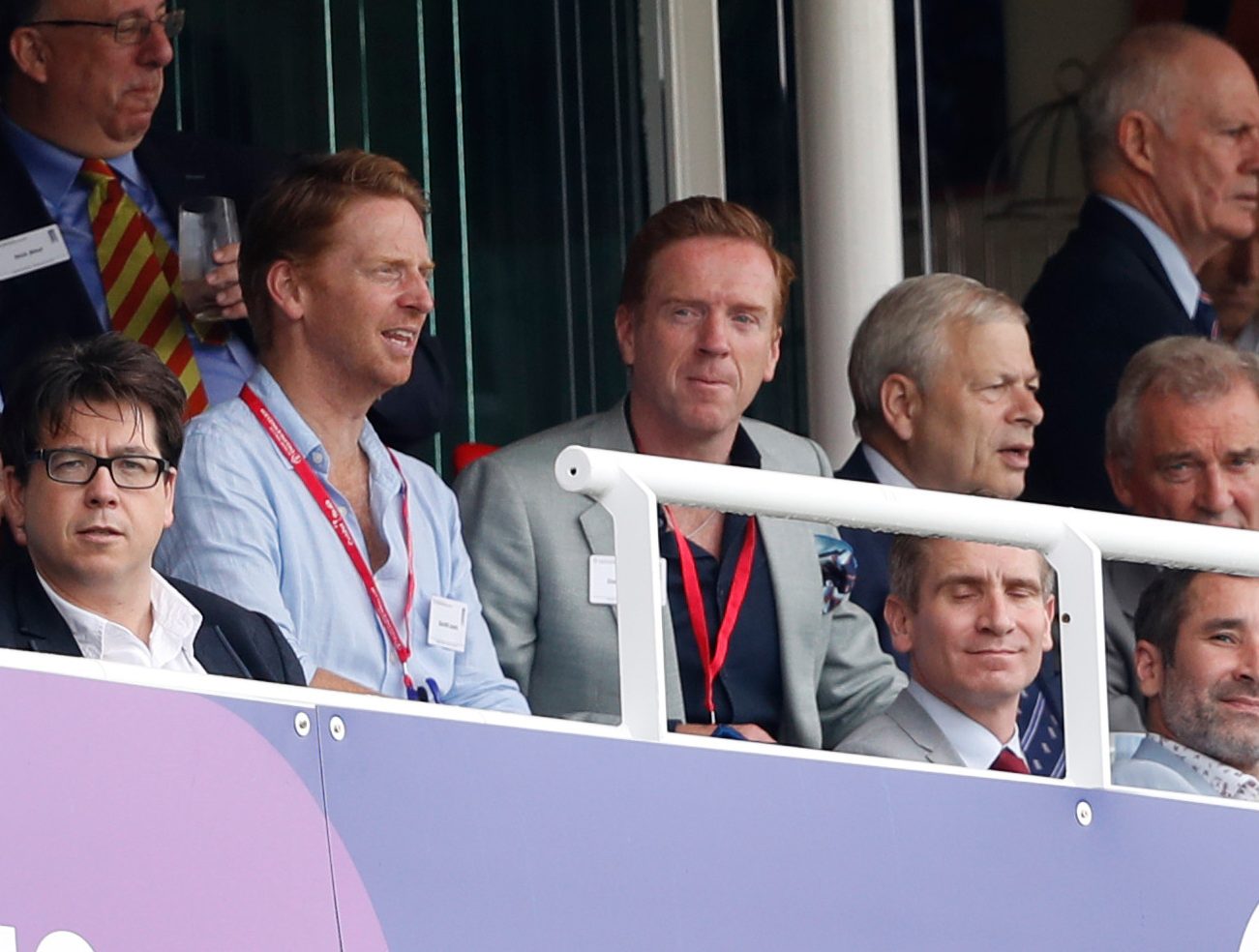 Mitchell Starc and Jason Behrendorff cut through the middle order just as Glenn Hoddle would cut through midfield across town at White Hart Lane and England were all out for 221.

Muse frontman Matt Bellamy must now be worried the host nation's chances of winning the World Cup are disappearing into a Supermassive Black Hole following the shock defeats earlier in the tournament to Pakistan and then Sri Lanka. 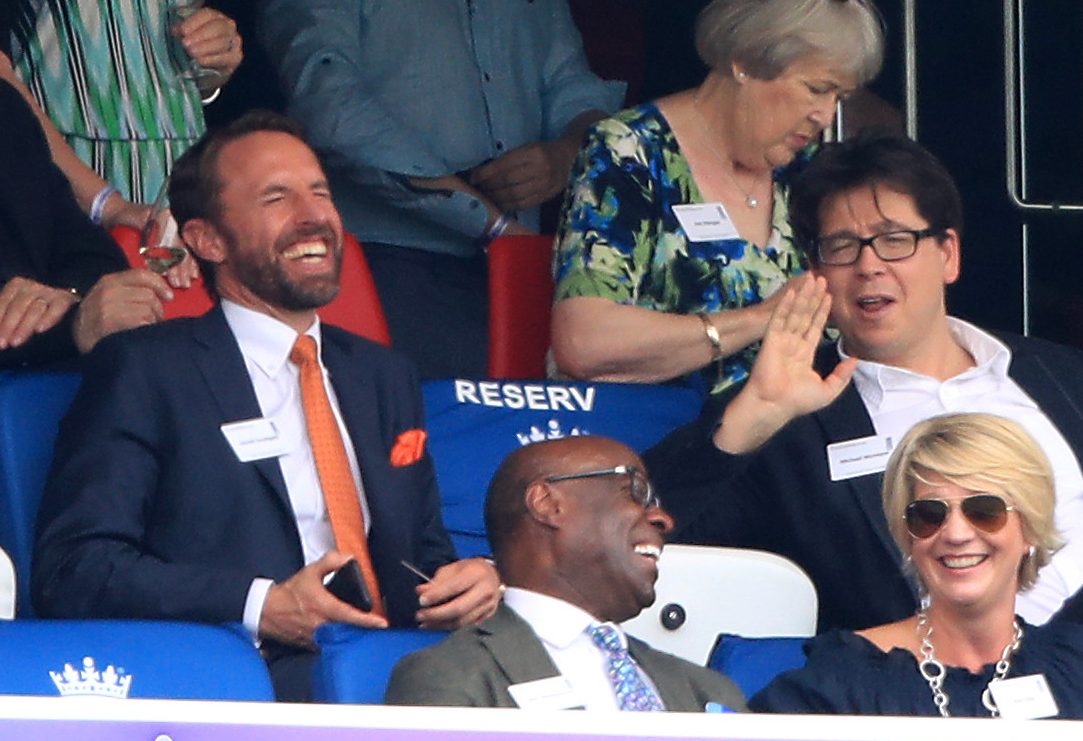 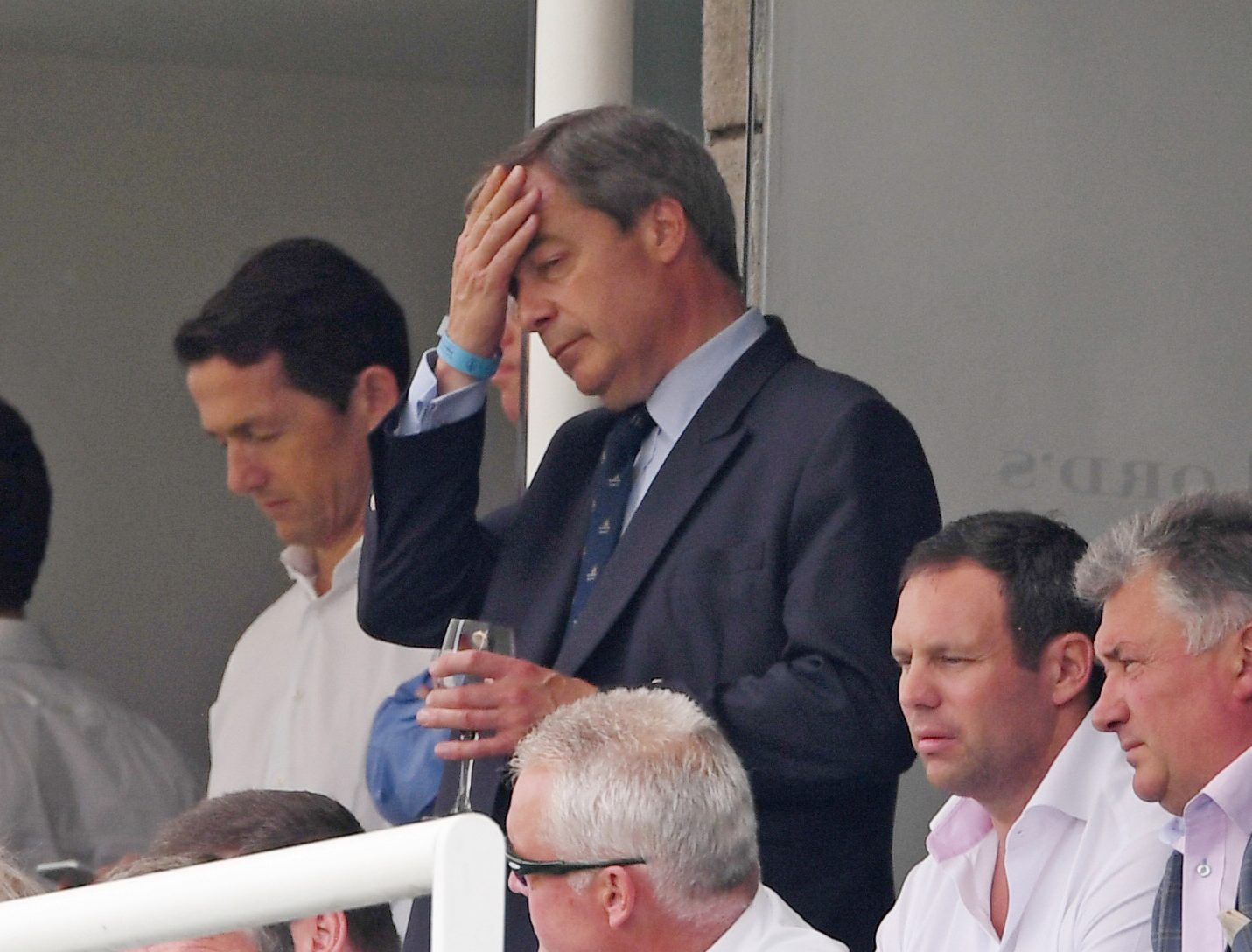