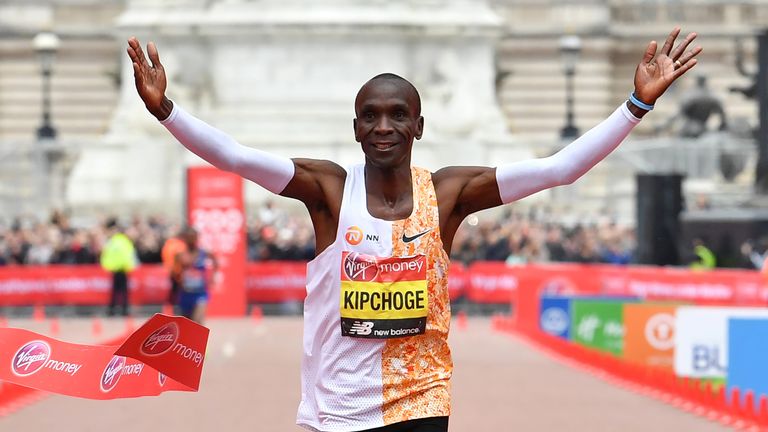 Olympic champion Eliud Kipchoge will again attempt to make history and break the two-hour barrier for the marathon.

The world record holder fell just 26 seconds short in his last shot in Monza in 2017, but is lining up another attempt in October.

Kipchoge is being backed by billionaire Sir Jim Ratcliffe, Britain’s richest man and the chairman of Ineos, the new backers of Team Sky.

The 34-year-old won the London Marathon for a fourth time last week, running the second-fastest time in history and is now ready to go even quicker. 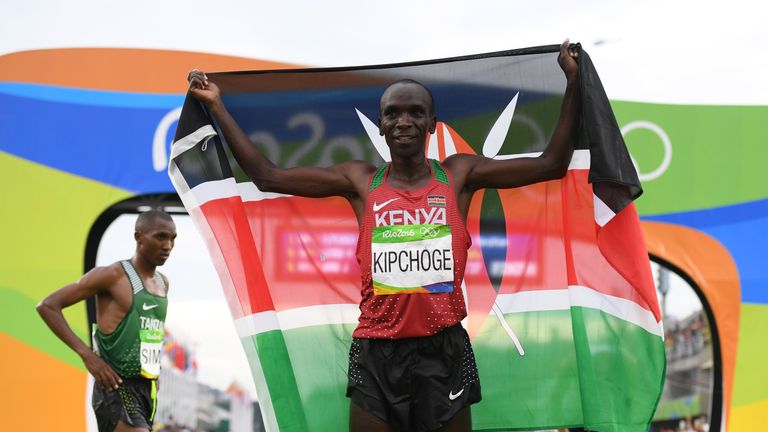 Speaking at the Sir Roger Bannister track in Oxford, Kipchoge said: “This will surpass anything. I want to run under two hours. It will surpass everything because it will be history for the human family.

“I have a good team. A very great team. When a great team and great minds meet, they discuss positive ideas and I don’t want to say, ‘Can I do it or not?’ My mind is that I am going to do it. So my heart and mind is on 1:59.

“The only thing we can change is the mentality. People start to think we can run under two hours. That is the only thing. It’s my mentality already.”

No exact date has been set, but October remains an option, with London a proposed venue and Kipchoge believes that, if he breaks the two-hour barrier, others will follow.

“Absolutely, the idea is to believe. So getting people to believe getting under two hours is possible,” he said. 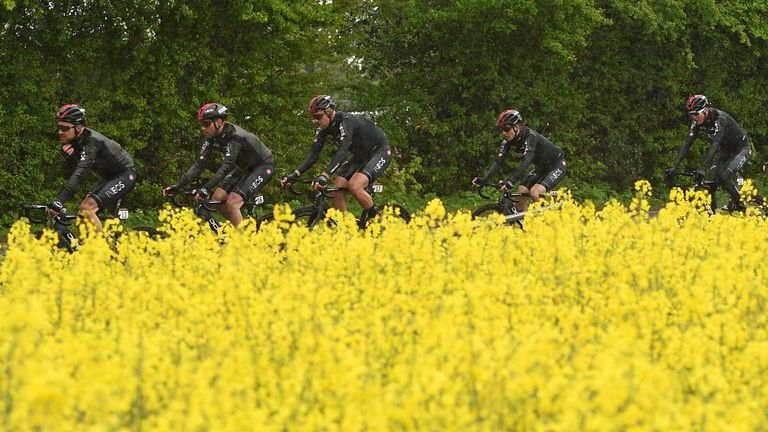 The IAAF, athletics’ governing body, did not ratify Kipchoge’s attempt on the Monza Formula One racetrack, because it was paced by a team of supporting runners who joined the race in stages, but the Rio 2016 marathon champion is not worried about getting this attempt rubber-stamped.

He said: “It’s about history. The IAAF can see how history will go down. It’s a human thing, running. I really want to leave a big legacy and make history.

“Monza was a very successful event. Nothing went wrong. All things were in the right place at the right time.

“So, I ran two hours flat. That is what I am saying now. I enjoyed a rich and new experience from Monza which will come to London.”

Ratcliffe believes Kipchoge is the best athlete on the planet.