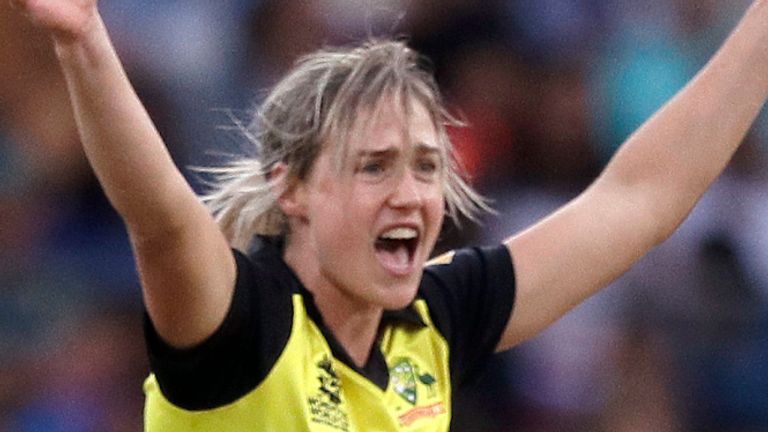 Australia’s Ellyse Perry says her year-long break from international cricket has given her the chance to improve her all-round game.

Perry has not played for her country for 12 months due to a hamstring injury she sustained in the ICC Women’s T20 World Cup but is ready to represent her country in the upcoming three-match T20 series against New Zealand, which starts on Sunday in Hamilton.

The 30-year-old – who last week confirmed that she will play for Birmingham Phoenix in this summer’s inaugural edition of The Hundred in England – looked in impressive nick at times during this winter’s Women’s Big Bash League as she averaged 48.75 and took eight wickets in 13 games. But she admits her game remains “a work in progress”.

“It’s probably taken me the best part of 12 months to feel like I’m, I guess, back to full playing fitness and performance levels in terms of just recovering from my hamstring and just not playing a lot of cricket,” said Perry, who missed the autumn ODI and T20 series against the White Ferns.

“By no means was I close during the WBBL to where I was before I got injured and it’s probably still a bit of a work in progress.

“But at the end of the day, it’s kind of been a really nice opportunity to work on various aspects of my game, including the way that I bat and bowl.”

A little bit of the rehab and training stuff I’ve been doing over the last few months. It’s been a really different, but enjoyable challenge. @Atletico_Dev pic.twitter.com/Zl6WmOZZ3E

Australia’s title hopes suffered a severe dent when Perry hurt her hamstring fielding against New Zealand in Melbourne during last year’s T20 World Cup, although her absence didn’t prevent the Southern Stars winning the tournament in show-stopping fashion in front of 86,000 fans at the MCG.

The final was watched by a global audience of 89m, according to data from the International Cricket Council, making it the most-watched women’s match ever.

Perry says the tournament as a whole set a benchmark for the ICC Women’s 50-over Cricket World Cup to be held in March 2022, in New Zealand, after being put back a year due to the COVID-19 pandemic. 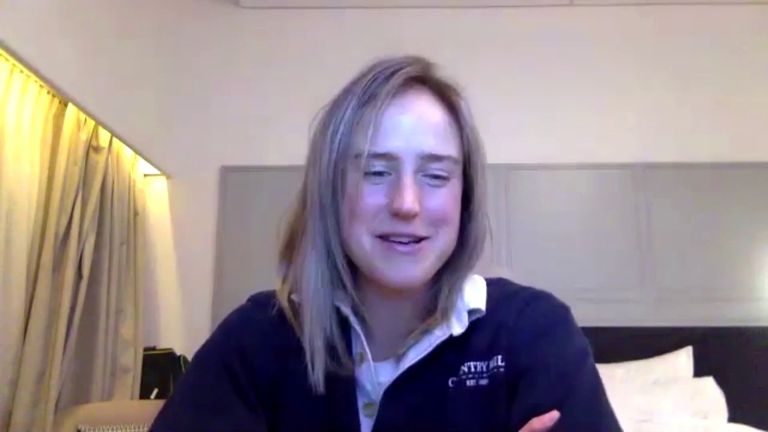 “I think we learnt a lot from that World Cup in terms of how to hold events, particularly for women’s sport, and I think it was a really nuanced approach to that World Cup,” she said.

“It really stood out to me that there’s a lot of time and effort and investment put into really making it a unique event, which appealed specifically to the women’s game and distinct from, I guess, any other World Cup.

“I think the game is in such a great spot and is incredibly healthy and there’s a lot of opportunity to capitalize on the progress that we’ve made.

“This World Cup coming up in New Zealand is placed in a really good time and I think everyone’s very much excited about what it can achieve as well.”

Once the T20 series is complete, New Zealand and Australia will contest three one-day internationals in early April at Mount Maunganui.