ELEVEN years ago a teenage Sam Twiston-Davies rode Baby Run to win a Hunter Chase at the Punchestown Festival.

Today he returned for the first time since and took home the biggest one of all, the Punchestown Gold Cup. 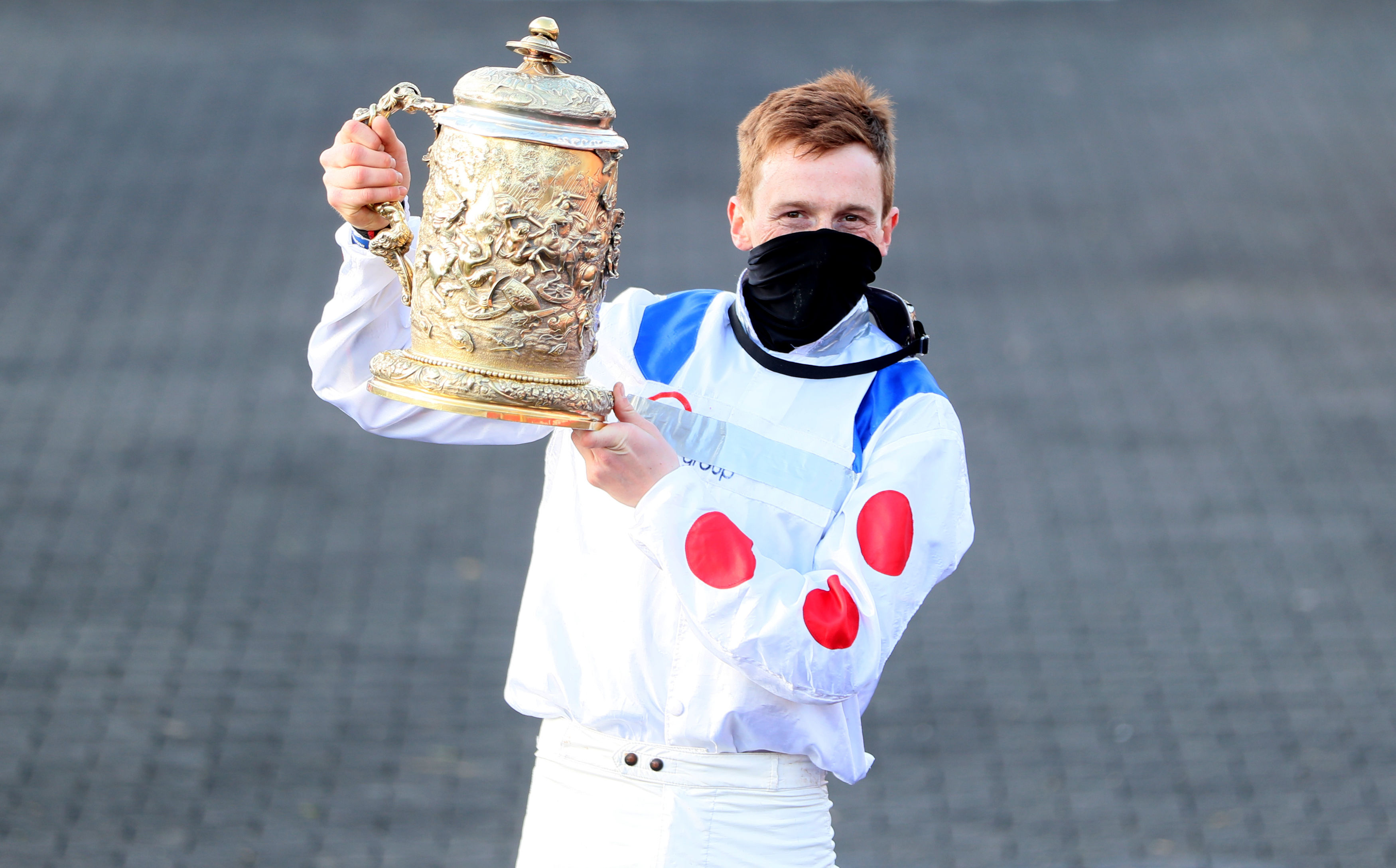 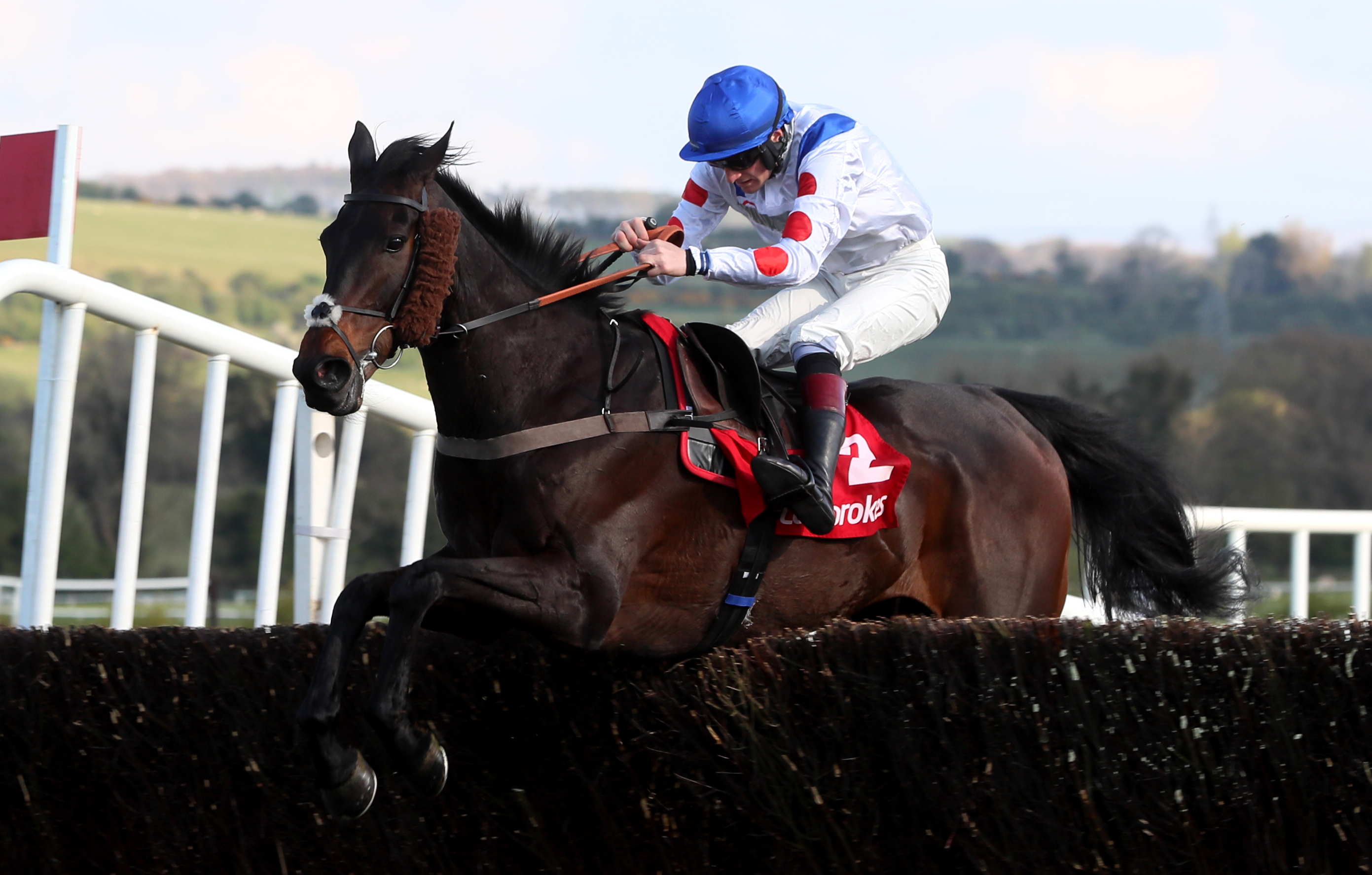 Never one to shy from a challenge, trainer Paul Nicholls boldly sent his star across the Irish Sea. And you just can’t keep a good man down long.

After a Cheltenham Festival to forget for the British, it would have been easy to let the Irish have their fun at Punchestown.

But this was Nicholls and Twiston-Davies at their best.

The field was all class. Dual Gold Cup champion Al Boum Photo, a previous winner of the race in Kemboy and recent Aintree winner Fakir D’oudaries all flew the Irish flag.

For Twiston-Davies the instructions were simple – go out and have a crack.

And boy did they deliver.

Once Melon was taken out of the race by Patrick Mullins, the stage was set for Twiston-Davies who was standing in for the injured Harry Cobden.

The fences came and went, Clan Des Obeaux was still in front and jumping for fun.

Six out he clipped the top of one and it briefly looked as he would be swallowed up by the Irish contingent.

But they went again and soon only Al Boum Photo and Fakir D’oudaries were clinging on.

The latter cracked but Al Boum Photo and Paul Townend were waiting in the wings.

Two from home it was impossible to call the winner but then Al Boum Photo put in a tired jump and the initiative was back with the British raider.

From there he plugged on up the straight, Twiston-Davies was not letting this one slip.

The emotion from the winning rider was clear to see. In 2018 his time with Nicholls came to an end and ever since he’s struggled for top class horses but never once complained.

Here he got his reward.

Twiston-Davies said: “Looking back at that run on Baby Run makes me feel old! But at least I can still do it!

“We knew we were coming here with a good chance, but we were up against some class horses.

“To come here 20 days after what he did at Aintree is a credit to Paul who just does it time and time again.

“He instilled a massive confidence in me before the race. He tells you what he thinks, and he said he was very fit and well.

“The horse had the option of the Bet365 at Sandown and we said if you’re going to run in that then you’ll stay this trip no issue.”

T&Cs: Bet £10 on any race at Punchestown, between Tuesday 27th April – Saturday 1st May — Get £60 in racing free bets. Only deposits via cards or Apple Pay will qualify. Free bets will be awarded after the qualifying bet has been settled. T&Cs apply. Paddy's Rewards Club: Get a £10 free bet when you place 5x bets of £10+. T&Cs apply. 18+ Begambleaware.org

The Nicholls team were gracious in defeat after Cheltenham and Twiston-Davies was still full of credit for the likes of Mullins here.

He added: “We have so much respect for what Willie and all the team do over here, and the likes of Henry De Bromhead at Cheltenham and Aintree.

“But I know Paul, I’ve been working for him for years. He’s a true champion and how easy would it have been for him to put the horse away after what he did in the Bowl at Aintree?

“He could have just finished up and ended the season on a good note. But that’s a credit to Paul and just why he is the true champion of England.

“I’m blessed with great jobs at home but when Paul and I went our separate ways I was always just a bit down on quality.

“It just shows you if you bite your tongue and get through it, then thankfully Paul and his team and this bunch of owners are still looking out for me.” 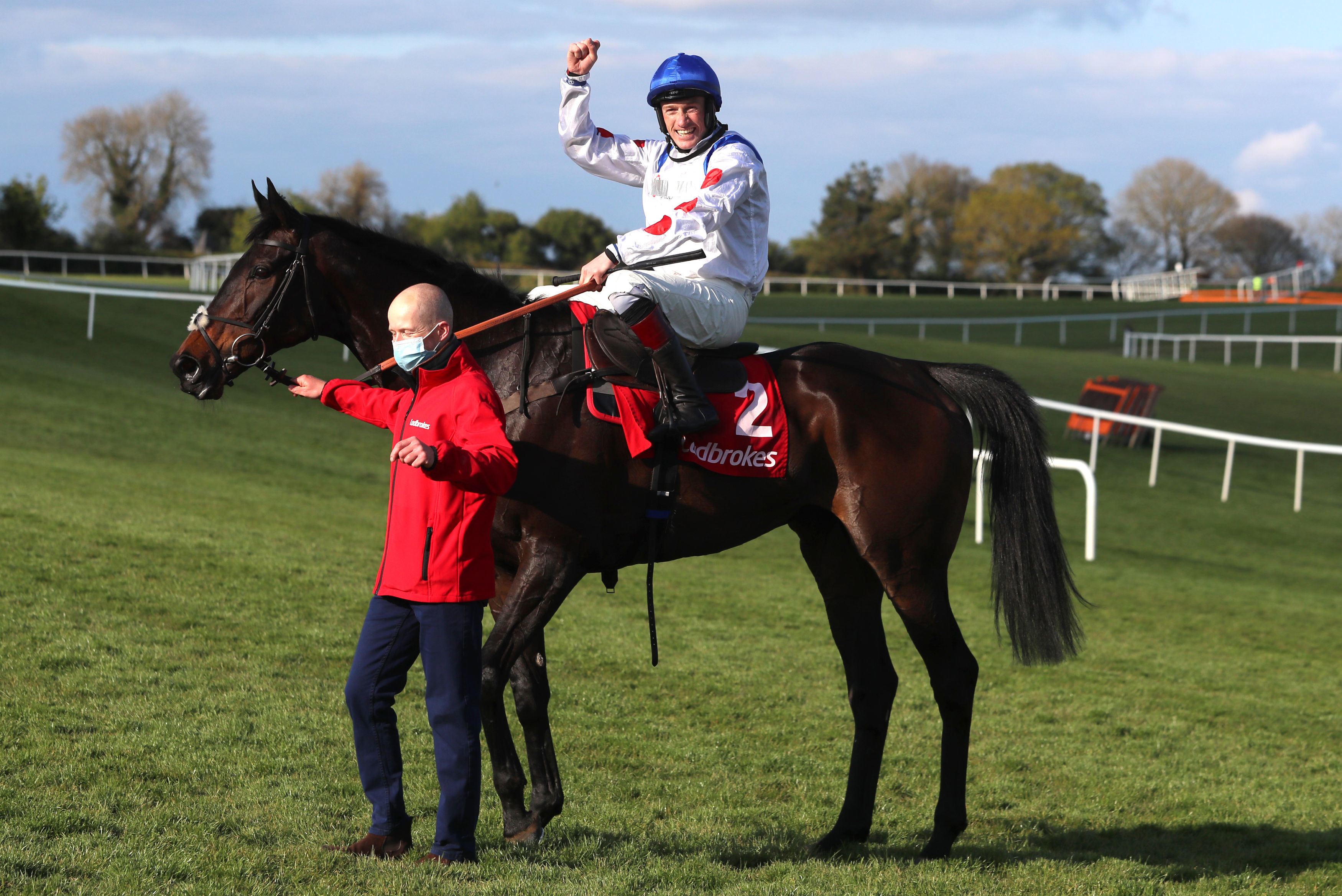 Those owners – Paul Barber, Ged Mason and Sir Alex Ferguson – were all forced to watch on from England.

Nicholls also took it in from his Ditcheat base but was still pleased as punch.

He said from his home: “That was a great performance. I always thought Punchestown would suit him. A great race and a good performance.

"Cheekpieces just woke him up and he's done a good job – a good positive ride. We changed tactics with him and it worked well. It's great for Sam and everybody involved.

"I've spoken to Ged and I think Sir Alex was with him. They are well pleased, as you can well imagine."

The Irish might have won the war, but the British took this battle.