One FINAL push to make history, boys! Gareth Southgate’s England stars finish their preparations in training ahead of Euro 2020 final showdown against Italy as Harry Kane, Raheem Sterling and Co look to end 55 years of hurt at Wembley on Sunday

England have completed their preparations for Sunday’s Euro 2020 final after taking part in their final session at St George’s Park before facing Italy.

Gareth Southgate’s men have the chance to end the Three Lions’ quest for a first major tournament win since the 1966 World Cup on home soil when they face Roberto Mancini’s side at Wembley.

England’s stars appeared to be in a relaxed mood after they were put through their final paces in an open training session ahead of Sunday’s hotly-anticipated showdown against the Italians. 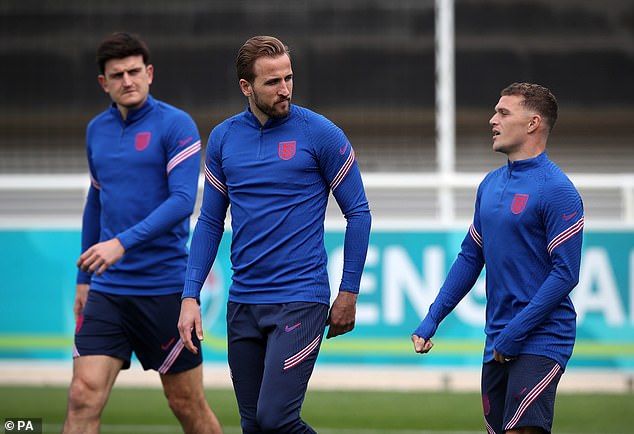 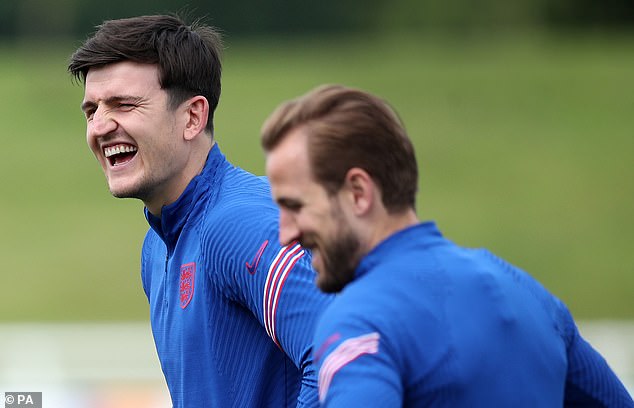 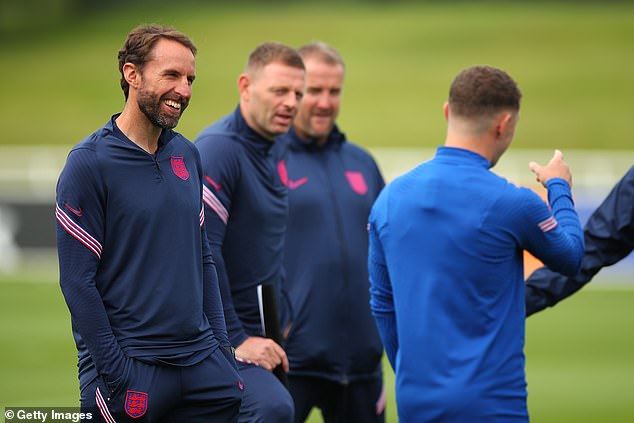 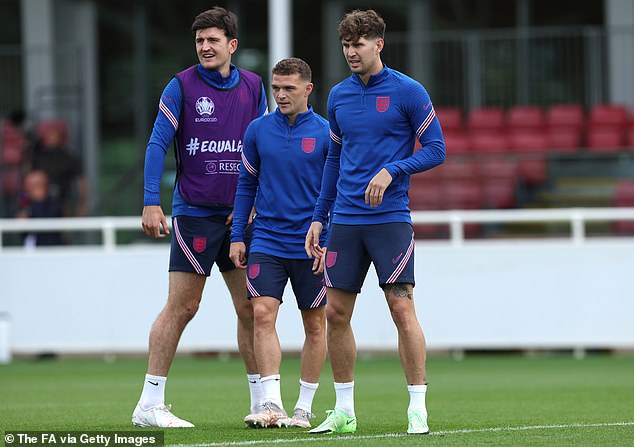 Phil Foden missed out due to what England have described as a ‘minor knock’, but the other 25 players in Southgate’s squad took part, including star forwards Harry Kane and Raheem Sterling.

England’s medical staff were aware of the Manchester City star’s knock on Friday and they decided to keep him out of Saturday’s final training session as a result.

The Three Lions couldn’t stop smiling during their session on Thursday, and a few stars such as Harry Maguire, Marcus Rashford and even Southgate still afforded themselves a grin before getting down to work.

Southgate will spend the rest of the day finalising his team and tactics for the final against Mancini’s side. 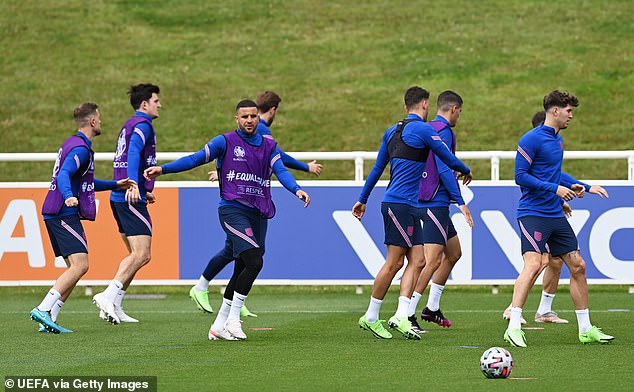 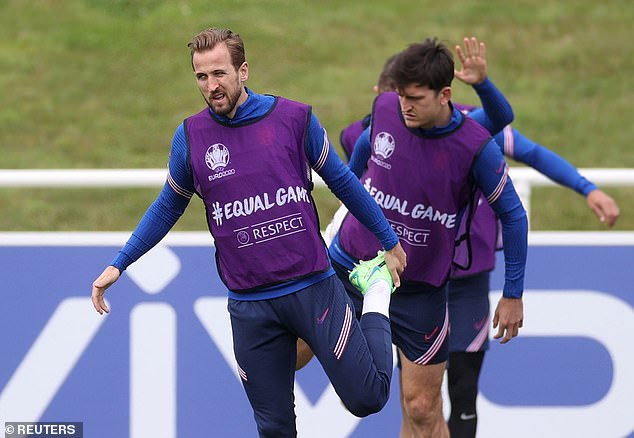 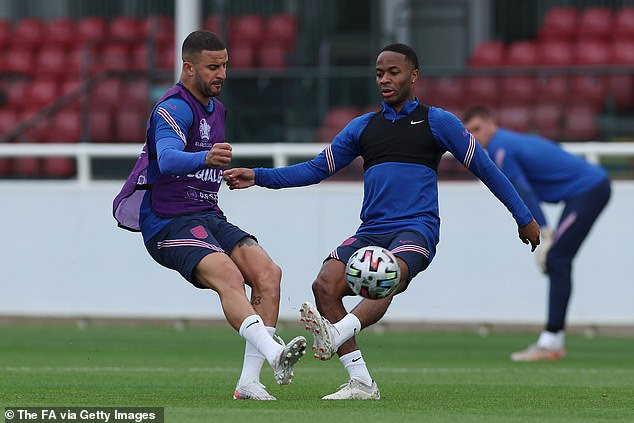 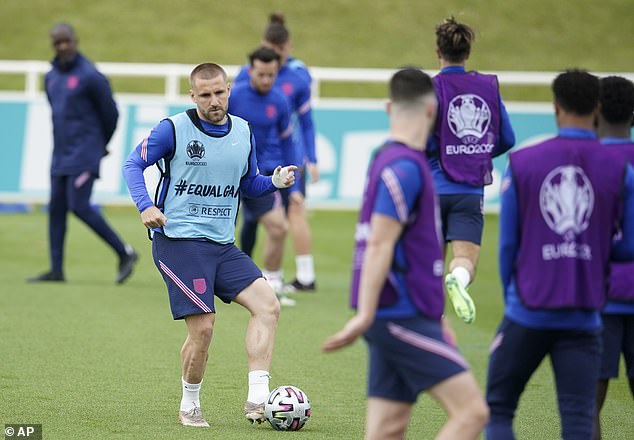 His biggest dilemma appears to be whether to stick with Bukayo Saka down the right side of attack, with early indications suggesting the Arsenal forward could keep his place. Jadon Sancho, Marcus Rashford and Foden – if fit – are the other options.

Southgate has not selected an unchanged line-up for consecutive games since the World Cup semi-final loss to Croatia three years ago — a run of 36 matches.

He will address the media on Saturday evening ahead of the game, where he may well go into more detail about the extent of Foden’s problem and his readiness for the final.

But there has already been a dampener on the day following UEFA’s fine to the FA of £26,000 after a fan shone a laser pen in Denmark goalkeeper Kasper Schmeichel’s face before Kane took his penalty in the first half of extra time. 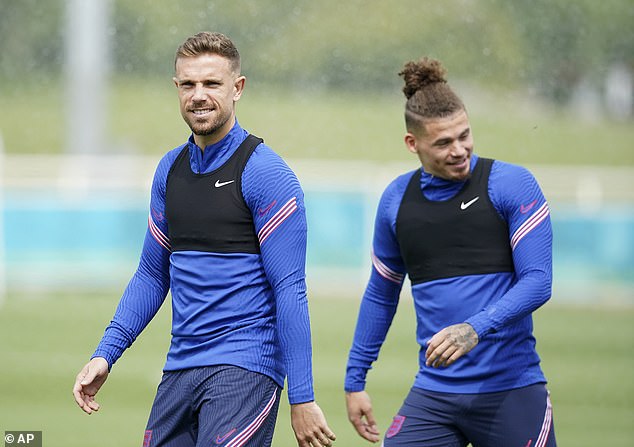 Kane saw his penalty saved by the Leicester City keeper, only for the England captain to tuck home the winner in the first half of extra time in their 2-1 victory against the Danes.

The fine also relates to Three Lions supporters booing during Denmark’s national anthem and setting off fireworks inside the stadium in Wednesday night’s match, which was attended by more than 60,000 fans.

The FA was charged with the three offences after the Three Lions’ win, but sanctions have now followed from UEFA’s control ethics and disciplinary body.

Wembley security will therefore be stepped up for the final, with the number of on-duty stewards to be increased to crack down on prohibited items as well as fans trying to enter without a ticket.

But the 50-year-old will hope his England side can put the FA’s punishment to one side after challenging them to write more history as he faces a tricky decision over whether to send out an unchanged team. 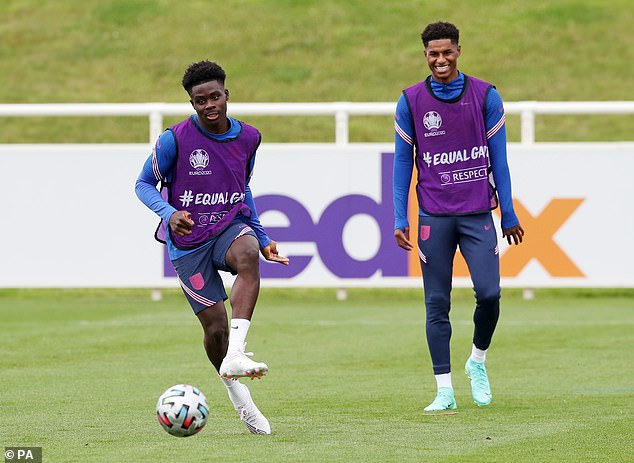 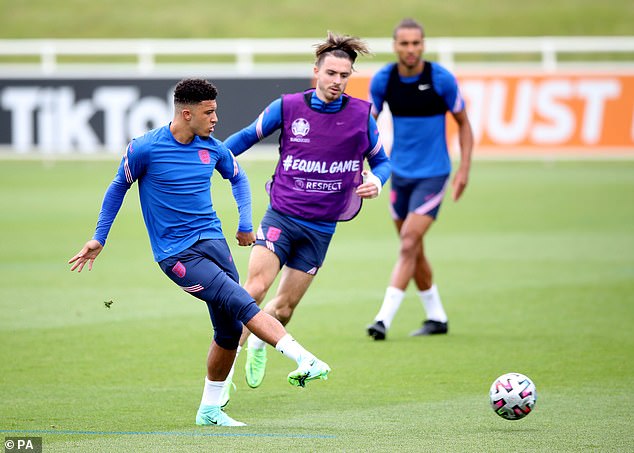 ‘Whatever happens now, they’re all going to take a medal which has not happened for decades to an England group and they deserve it,’ he said.

‘They’ve been an absolute pleasure to work with and I can’t speak highly enough of them.

Italy, meanwhile, have left their training base in Florence on Saturday morning, as they travel to London for the game.

The Azzurri are aiming for the first piece of silverware since the 2006 World Cup, missing out on the chance to end that run in their 4-0 defeat by Spain in the final of Euro 2012 in Kyiv. 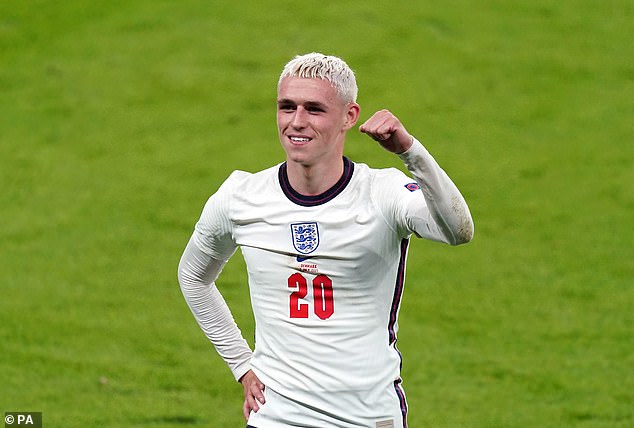