England head coach Jess Thirlby wants her Vitality Roses team to keep pushing on, as they approach the third Test against New Zealand on Sunday morning.

The match, which is live on Sky Sports Main Event, Arena and Mix, marks the final encounter in the three-Test series which is taking place at Claudelands Arena in Hamilton.

The Vitality Roses lost the opening Test by 58-45 on Wednesday before putting in a stronger performance in the second Test. On Friday, they led 25-23 at half-time before a challenging third quarter took the game away from them as they lost 54-47.

Ahead of this series, Thirlby said their objectives were both performance and development, having travelled to New Zealand missing a number of experienced players. 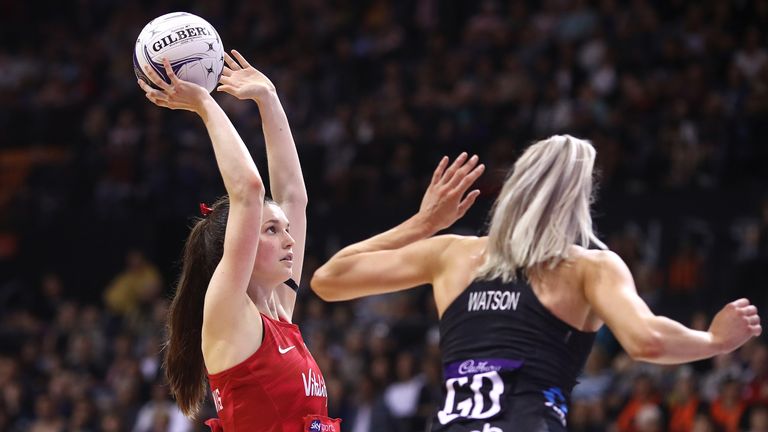 The Australia-based Roses, including Helen Housby, Jo Harten, Stacey Francis and Geva Mentor, are all not taking part in these encounters and 10 of her 16 squad members arrived in New Zealand with 15 caps or fewer.

Thirlby does have some experience within her ranks too though; Kadeen Corbin arrived with 70 caps, Jade Clarke is approaching her 179th appearance for her country and Serena Guthrie has just marked her 100th.

“One of the standouts for me is that the players with no caps or very few caps, are really standing up,” Thirlby said after the second Test.

“It’s very difficult to tell that difference between them and those with 100 caps or more. That’s really pleasing.” 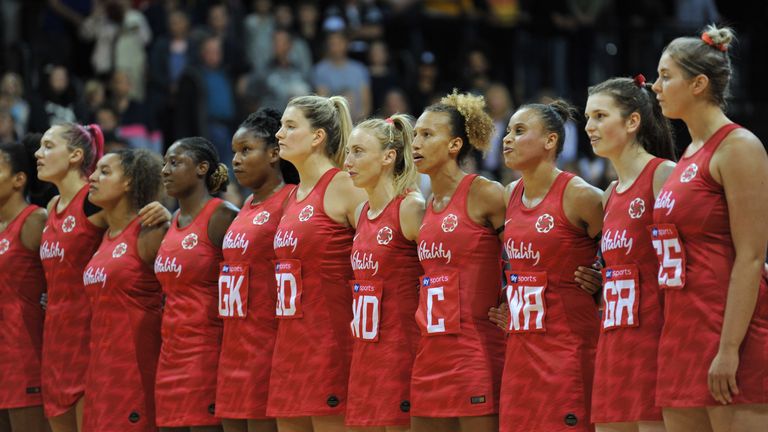 Now, we just need to keep pushing on. This group is a great one because they demand a lot from themselves, from each other and from us [as management].

From the first to the second Tests, the Roses halved their goal deficit and in the first half on Friday they went toe-to-toe with Dame Noeline Taurua’s side.

Thirlby and her management team decided to make amendments for the third quarter. England’s slow start to the second half coincided with a New Zealand upswing, and that ultimately turned the game.

“I sense people’s frustrations sometimes with changes [being made] but I’m actually really proud of the changes,” she said.

“Of course, when you get close to that outcome and ultimate result of a match, it can be easy to get seduced by it. I think it would be doing a disservice to the depth of this squad, if we went down that line and thought that we were even physically ready to sustain that.”

Once again, it’s always about improving from the previous match and that philosophy hasn’t changed. There’s some really key areas that we’re just not nailing, especially in that attacking end.

Now, the Vitality Roses have one more crack at the world champions and Thirlby is approaching the match with great positivity.

“I don’t think there’s any stopping us now. Our performances have been better, and you can hear the frustrations from the New Zealand camp,” she said.

“For me, it’s really important that we stay focused and that we address the areas where we think that we can make gains and improvements and demonstrate again that we can close that gap against New Zealand.

“I anticipate that they might tinker with their squad, now that they’ve sewn up the series.

“For us, it was never about that, it was about more than that. We’re looking for another improvement performance, the ability to make slick changes and adapt to what’s in front of us, in Test three.”

Live netball continues this Sunday on Sky Sports with coverage of the Vitality Roses and the Silver Ferns in the third and final Test. Join us from 6am on Sky Sports Main Event, Arena and Mix.