THE ‘Big Six’ claim they do not just want to sail off into the Super League sunset and sink the rest.

But irrespective of their motives and the post-Covid financial squeeze, the consequences for those left behind will be immense. 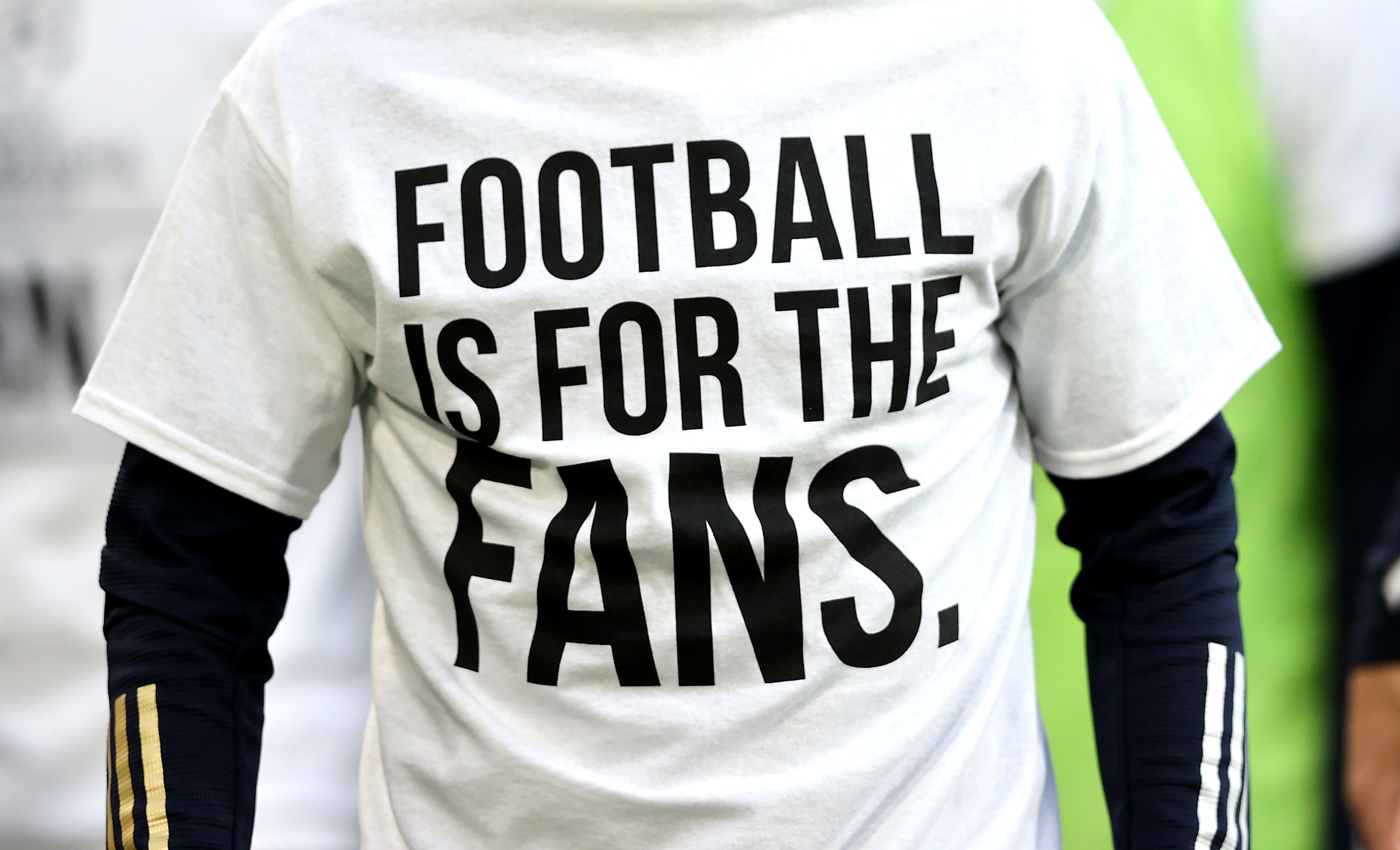 As Arsenal, Chelsea, Liverpool, Tottenham, Manchester City and United turn their backs on Uefa and join the money hunt they will:

United and Liverpool stand to trouser £310m each as joining payments, with the other four Prem sides earning £200m.

Under the package dangled by US investment giant JP Morgan, if they lost EVERY game they would still stand to pick up an extra £130m each season.

Yet the top-flight rump was left staring at their broken status.

Their anger will be given full vent at today’s meeting of the  14 clubs left out of the plans, convened by Prem chief executive Richard Masters.

While the initial reaction is a move to force the ‘Big Six’ out of the competition next season, Masters is likely to point to the repercussions.

Prem chiefs are planning to  go out to ‘market’ for their  next three year domestic TV deal in the autumn.

And they are seeking to match the current £5.1bn deal with Sky, BT, Amazon and Match of the Day on the BBC. That contract was achieved WITH the ‘Big Six’.

Replace them with Norwich, Watford, Swansea, Brentford, Bournemouth and Barnsley and go and ask for £1.7bn per season.

As one senior football executive warned: “The broadcasters will be laughing at them. If they got a third of the current deal, they would be doing well.”

Even if the ban threat fails to materialise, the Super League is designed to become the magnet for global ‘media dollars’.

Crystal Palace chairman Steve Parish, likely to be near the top of the anger management  Richter scale, had complained that Uefa’s planned Champions League revamp would damage Prem revenues.

The Super League would be on another level altogether. Broadcasters are almost certain to cut their overall offer, by as much as £700m per season.

That is if they anticipated “fan engagement” — viewers, bums on seats and actual interest in meaningless games — dropping through the floor.

But there would be immediate effects, already felt in share price valuations.

Mike Ashley thought he had agreed a £350m deal with  the Saudi Government to sell Newcastle before the purchase was mired in broadcast piracy allegations.

Yet if the Toon can go nowhere, even if a buyer wants to spend a fortune, that value will have disappeared.

And just weeks after Everton got permission to build their gleaming new £500m home at Bramley-Moore Dock, the Toffees may now be stuck with a white elephant and a ground they  simply can never recoup their expenditure on.

As the executive agreed: “You have to question why they would push on with the new stadium if this is the new reality.”

Leicester and West Ham may also have worked themselves to the bone for NOTHING. No Champions League. No £70m pay day.

The Super League clubs say that the “solidarity” element of their project will be worth a whopping £160m per year to the lower levels of the English game, compared to the £13m that  currently comes from Uefa.

Yet the EFL said it “stands with” the rest of English football in “condemnation” of the plans, “which attack the foundation of open and fair competition”.

Many Championship clubs are fighting for survival and a year of games behind closed doors have left sides in Leagues One and Two hoping for salvation.

The EFL said: “We oppose  any reform that doesn’t support competition integrity.

“Or offer clubs the prospect  of one day competing at the highest end of the game.

“Football is for supporters. The widespread rejection of these proposals must be acknowledged.

“EFL clubs are an integral  part of their towns and cities and, in many, deliver the biggest single form of communal activity in their local area.”

If the trickle down of funds stops trickling, as many fear, the lower division clubs face significant change to not only their cost bases, but their whole ethos.

In 1888, Aston Villa, Blackburn and Bolton were among the 12 newly-professional clubs who rocked the established amateur order and took the plunge to form the Football League.