SLAVEN BILIC'S West Brom fell to a 5-2 defeat after seeing two red cards at the end of the first half. 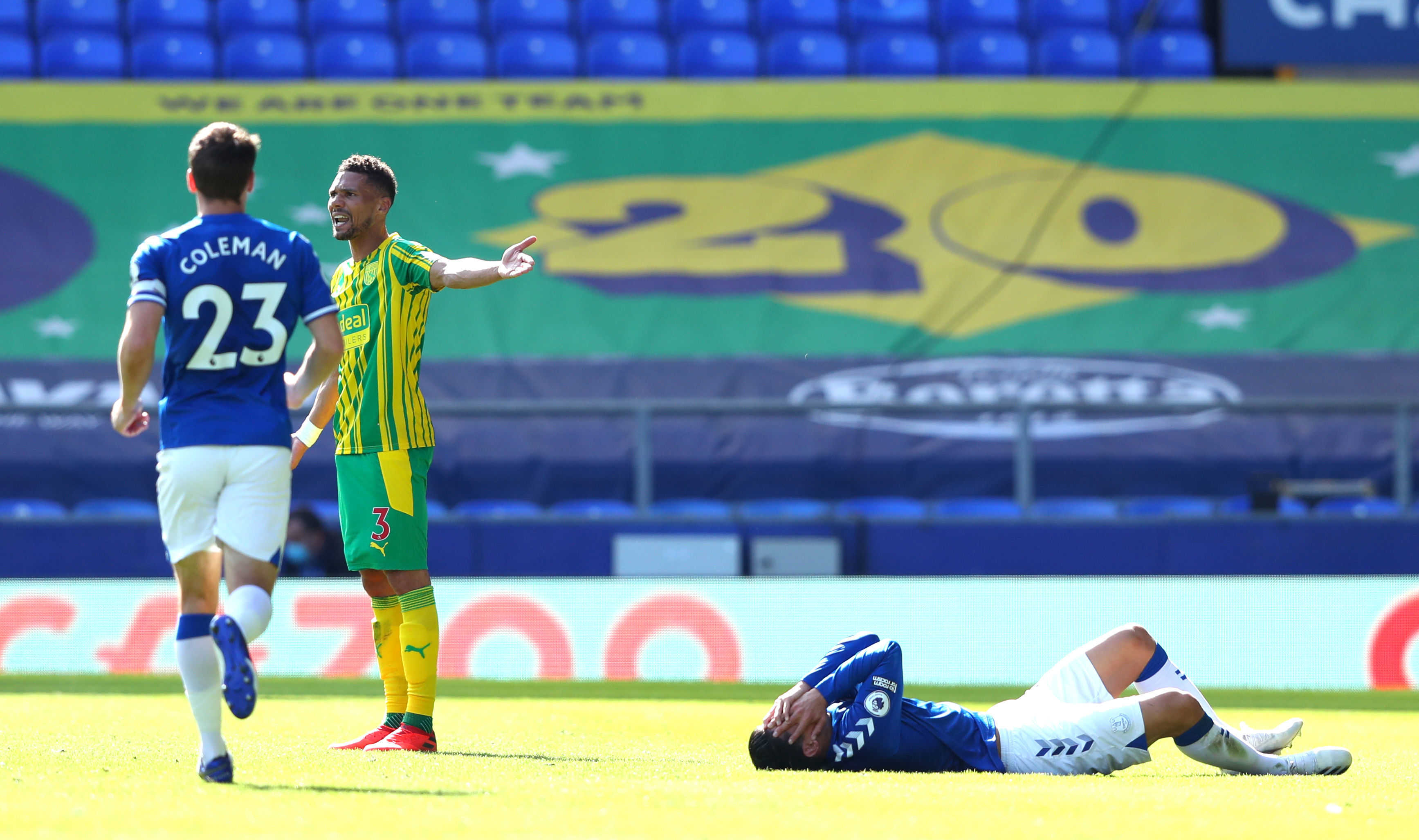 West Brom travelled to Goodison Park needing to get their first point on the board after losing their opening day fixture 3-0 at home to Leicester City.

Standing in their way was an inform Everton side revitalised by the midfield acquisitions of Allan, Rodriguez and Doucoure.

The visitors got off to the perfect start thanks to new boy Grady Diangana.

The winger who joined from West Ham for £18million rounded off a wonderful solo run with a fine finish to Pickford's left.

West Brom's lead would only last 20 minutes, hat-trick hero Dominic Calvert-Lewin would grab his first of the afternoon after a lengthy VAR check saw the goal stand.

Rodriguez would then hand Everton the lead scoring his first goal for the club picking out the bottom right corner with a wonderful low strike.

The Colombian midfielder collided with Gibbs following a late challenge which sparked an over the top reaction from the left-back. 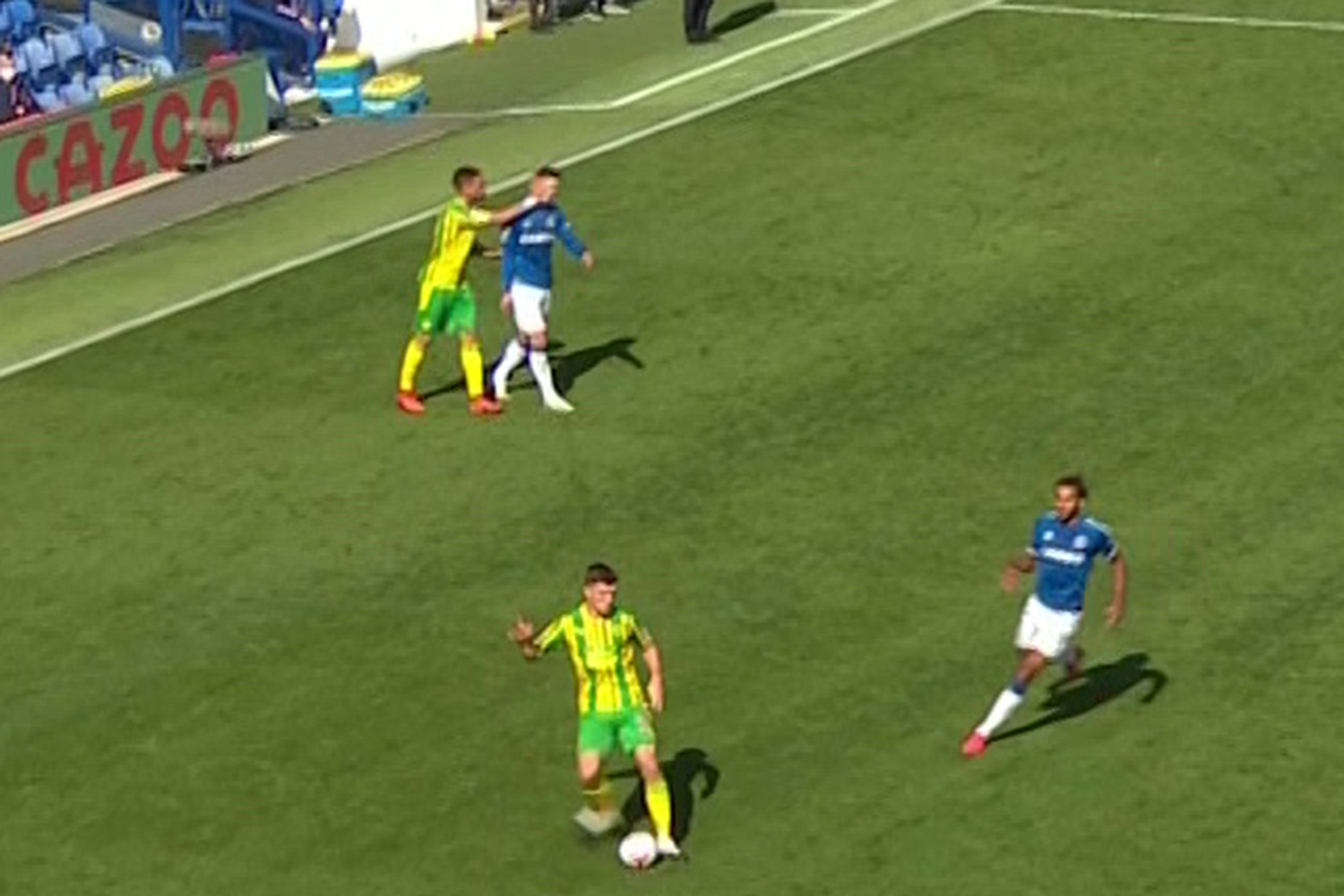 The half-time whistle went and Baggies boss Bilic was far from impressed with referee Mike Dean.

Bilic fumed at the decision to send off Gibbs and in return for his persistent protest, he was shown a red card and sent to the stands for the second half. 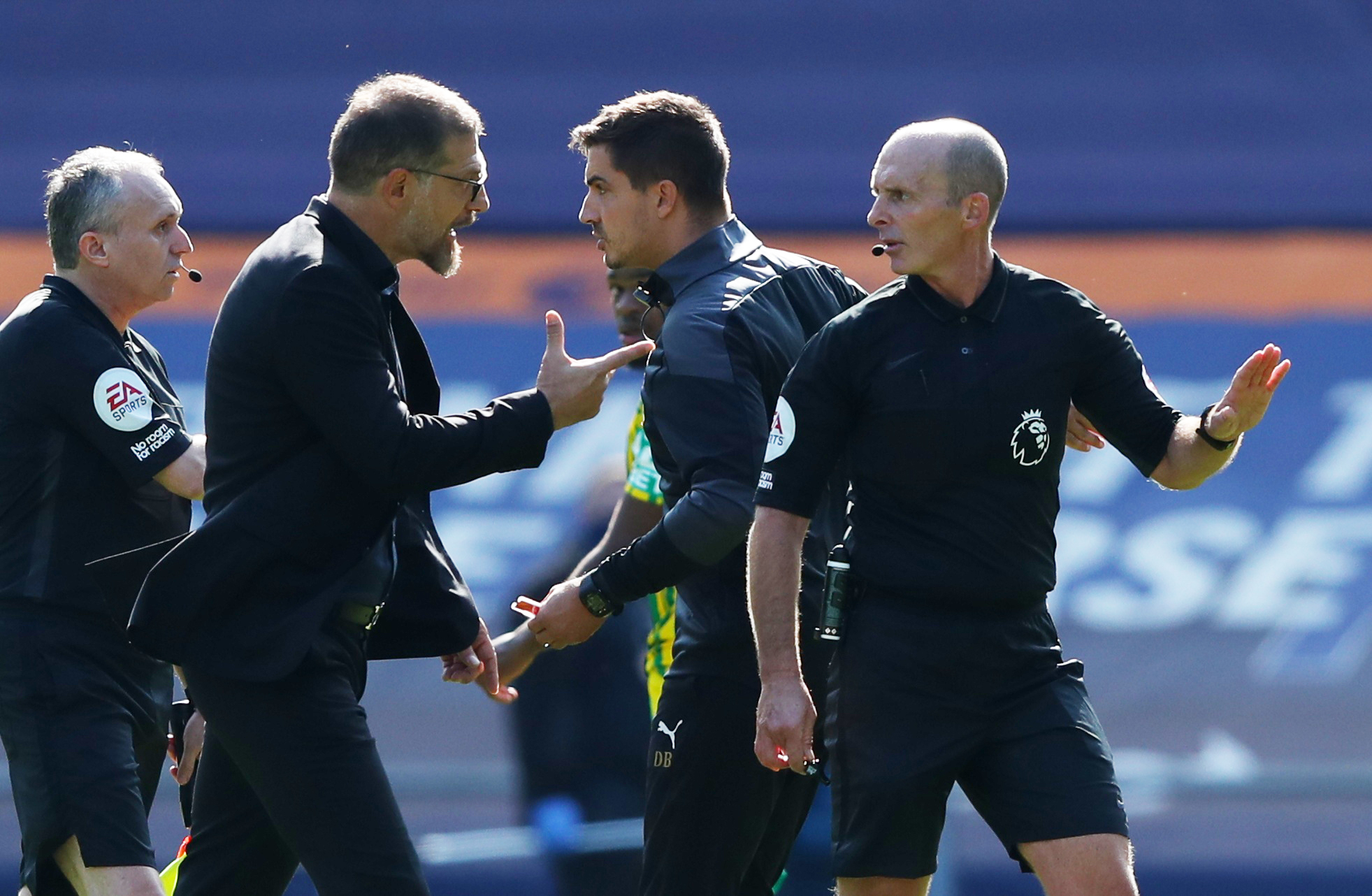 West Brom much like the first half got off to the perfect start, Matheus Pereira got his first Premier League goal with a wonderful free-kick which nestled right into the top right corner.

Despite West Brom's valiant effort to draw themselves level, Everton proved to be too strong for 10-man West Brom.

Defender Michael Keane would soon restore the lead as he poked home the rebound from Richarlison's close range effort.

West Brom looked tired and out of ideas and all Bilic could do is watch on from the stands as Dominic Calvert-Lewin piled on the misery.

The forward scored his second of the game on the 62nd minute mark after a fine link up between Rodriguez and Richarlison saw the ball put on a plate for a close range tap in.

Calvert-Lewin would later complete his first Premier League hat-trick with a touch of class, he appeared to head home Rodriguez's corner with the back of his head.

The final whistle came to put West Brom out of their misery, their return to top flight football has seen them concede eight goals in just two games.

James Rodriguez and Dominic Calvert-Lewin inspired yet another impressive Everton victory as they look to finally get years of spending right.