FANS were convinced Jose Mourinho was getting in Bruno Fernandes' head with a cheeky comment from the touchline… before the playmaker equalised.

The Tottenham boss was going up against his former side Manchester United for the second time since taking over in North London. 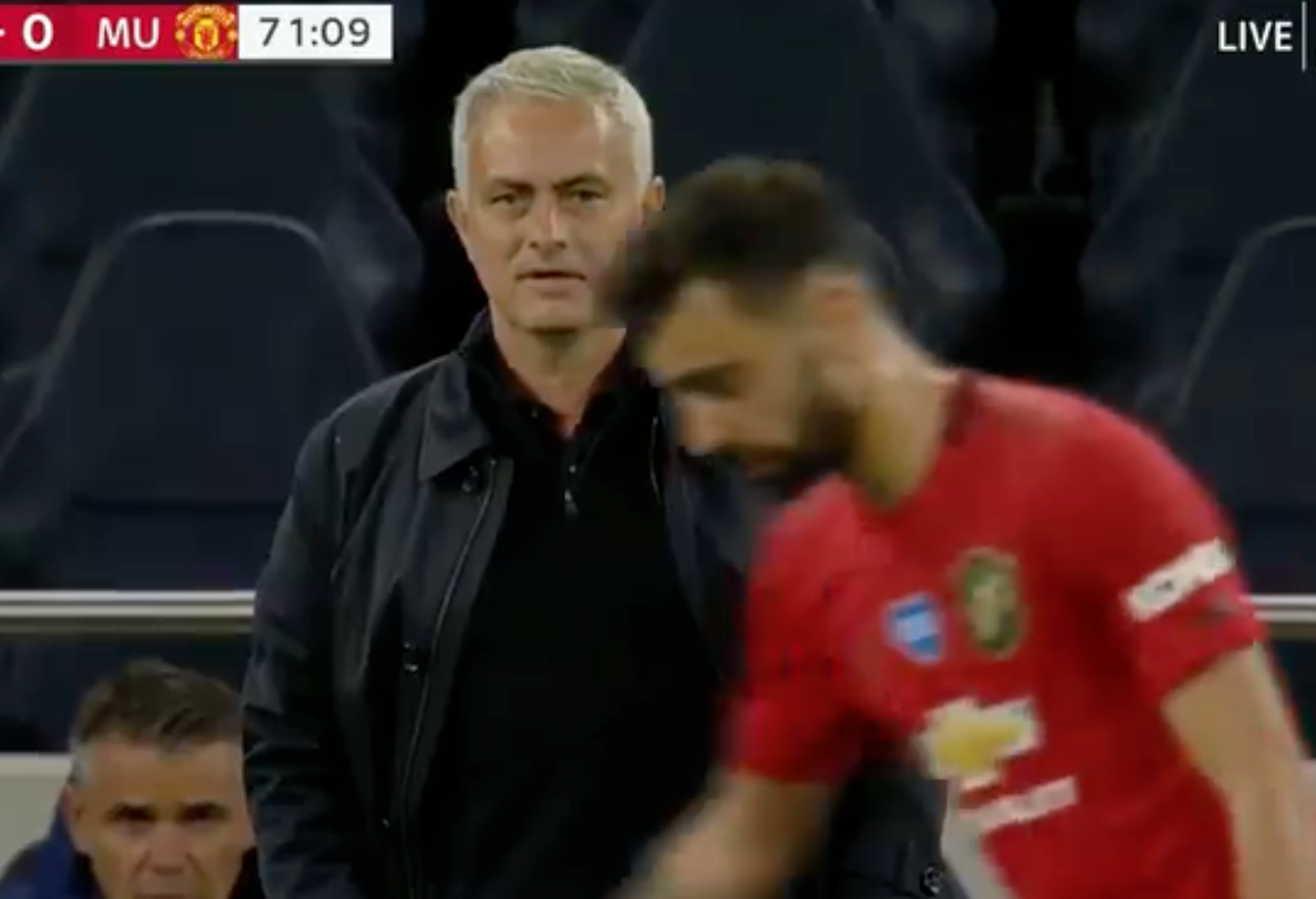 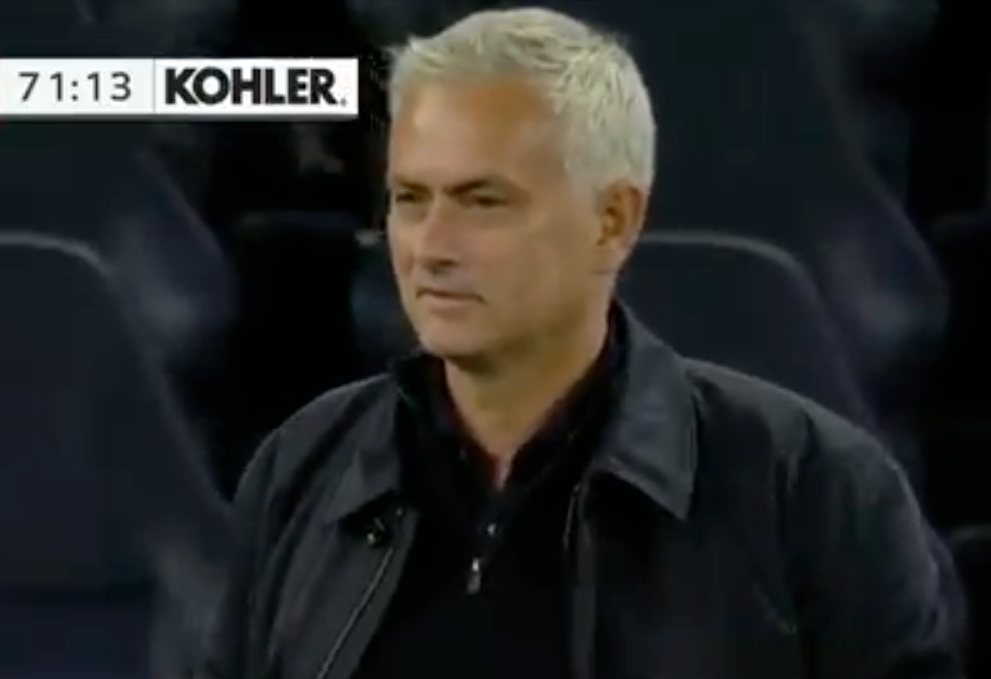 And it looked as though he was up to his usual tricks trying to play his mind games from his technical area on Friday night.

His target was fellow Portuguese Fernandes, who arrived from Sporting in January and was United's standout player – as he has been since arriving – at White Hart Lane.

With 20 minutes to go in the game and Spurs leading 1-0, Fernandes walked past his countryman near the sideline.

And the TV cameras caught Mourinho clearly saying something to the Red Devils star, presumably in Portuguese, before breaking into his trademark wry smile.

There did not appear to be any response from Fernandes but fans watching on at home spotted it and were convinced Jose was trying his best to rattle his opponent.

One tweeted: "Mourinho trying to get in Bruno’s head looool."

Another said: "Did Mourinho just talk s*** to bruno in Portuguese? Lmao!"