FLOYD MAYWEATHER is putting in the work ahead of his fight with YouTuber Logan Paul.

The unbeaten legend, who celebrates his 44th birthday on February 24, was filmed hitting various punch bags at one of his gyms. 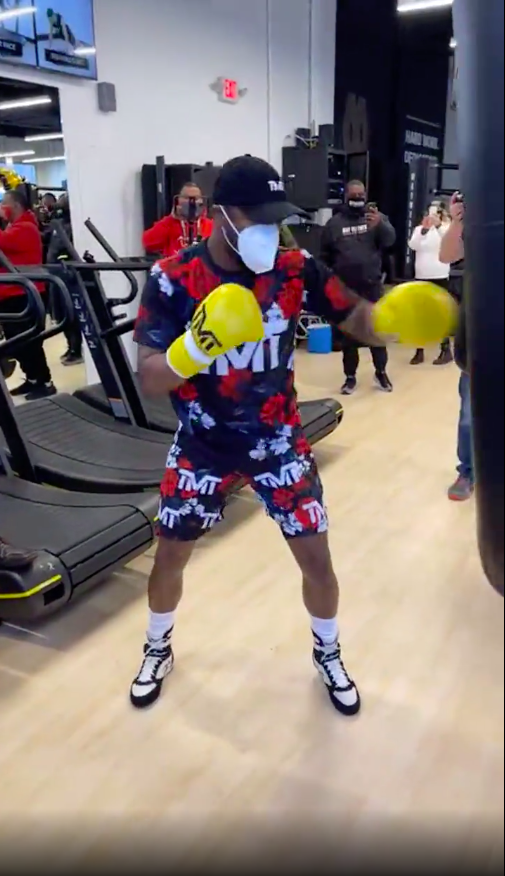 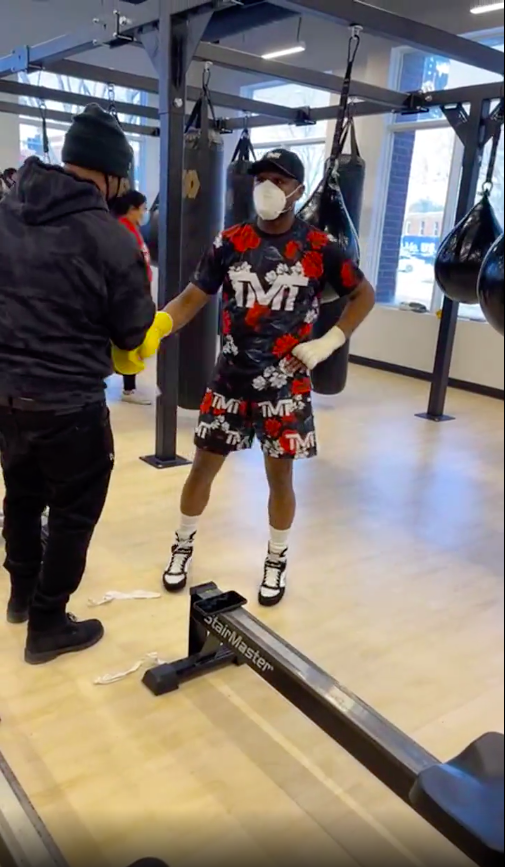 Mayweather has 20 boxing and fitness gyms in America and paid a shock visit to one of them while surrounded by paying members.

With a mask on, he was captured going through the motions, throwing the occasional sharp and slick uppercut.

It comes as Mayweather prepares to lace up the gloves for the first time since 2018, with a scheduled exhibition against YouTuber Paul.

The spectacle bout – which will see a FOUR STONE weight difference – was set for February 20, but has since been postponed.

He lost that November 2019 fight by split-decision after having two points deducted.

Despite his farcical skill and experience disparity, Paul is at least armed with a six inch height advantage.

Mayweather officially retired as a professional in 2017 after beating ex-UFC champion Conor McGregor, 32, in ten rounds.

He returned a year later to wipe out featherweight kickboxer Tenshin Nasukawa in round one of their exhibition in Japan.

He wrote on Instagram: "This year I will focus on several exhibitions. I will have an exhibition in Tokyo, Japan again.

"Of course the one with Logan Paul and I ; and if Jake Paul can get past his next opponent Ben Askren, I will have an exhibition with him as well.

"I also heard that 50 cent would fight me but claims I'm too small. If he wants to lace up at the end of the year, we can do an exhibition then.

"I don't care about weight class with any of these guys.

"The Paul brothers will make great money with the events, but with 50 cent It has to be "Winner Take All"."