FLOYD MAYWEATHER has proudly posted an adorable snap of his tiny grandson.

And the kid’s clenched fists prove boxing is already in his blood. 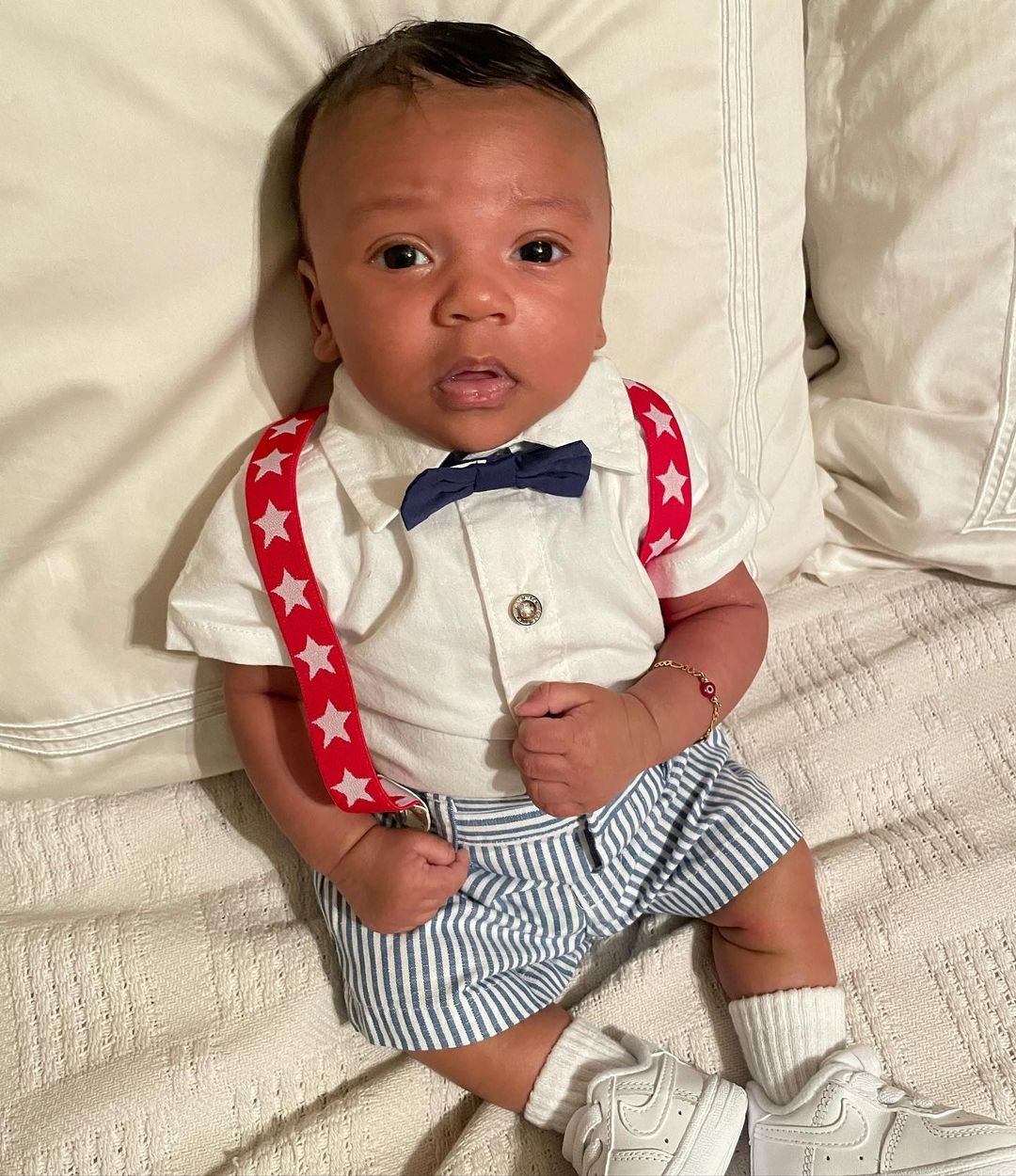 Mayweather, 44, uploaded the picture to social media showing his grandson dressed smartly in a shirt, braces and bow tie.

The infant also had his fists clenched and arms raised in the famous boxing stance.

Mayweather captioned the picture: "My other grandson ready to box."

And it just goes to show that he hails from a famous line of ace fighters.

Mayweather’s father Floyd Snr, plus his uncles Roger and Jeff, were all fine boxers.

And it would take a brave man to bet against Mayweather’s grandson from making a similar impact should he venture into the ring later on.

And Mayweather looked a shadow of the man who toyed with former UFC champion Conor McGregor four years ago.

Indeed, Tyson believes Mayweather’s inability to see off Paul shows boxing has taken its toll on him.

Speaking on his Hotboxin’ with Mike Tyson podcast. Tyson said: “You see, Floyd, he is damaged.

“He is damaged. He wants to come back and fight. You see, that’s what that does.

“Listen, I didn’t feel that way, I never wanted to do this s**t again, and I don’t know what it is.

COMPETITION: SPOT THE BALL TO WIN A CAR AND CASH

“I wish I could, but I’m just taking advantage of what this game is, you get me?”

Floyd himself doesn’t appear eager to return to boxing any time soon, saying after his draw with Paul: “Will I make a comeback?

“Absolutely not, I have retired from the sport of boxing. I probably won’t do an exhibition again either.”