The YouTube sensation came away as a morale winner due to no official judges ringside to announce a winner, even though fans predictably sided with Mayweather Jr as the consensus winner.

But Paul’s stamina and ability to take shots from the former five-weight world champion surprised some.

But the 26-year-old dished out enough himself, as proven by the official punch stats.

Shostats reported that Paul threw more shots, proving himself to be the busier fighter with 217 shots thrown to Mayweather Jr’s 107.

Though much of his work was wasted, either missing the target entirely or smothered by Mayweather Jr’s expert defence, meaning only 28 landed at a connection rate of under 13 per cent.

With 43 shots connecting with Paul, Mayweather showed his accuracy and efficiency, breaking the 40 per cent barrier.

Moreover, when broken down, Mayweather Jr’s jab proved his most accurate weapon, connecting with seven of 14 shots (50 per cent), with Paul only able to pierce the American’s defence seven times out of 73 thrown (10 per cent).

His power punches were more successful though, with 21 of 144 landing at a rate of 15 per cent, though Mayweather still bettered him, connecting 36 times from a total of 93 thrown (39 per cent).

Meanwhile, Jake Paul, Logan’s brother, has warned Canelo Alvarez he would “eat him alive” shortly after his brother Logan went the distance with Floyd Mayweather in an exhibition bout in Florida on Sunday night. 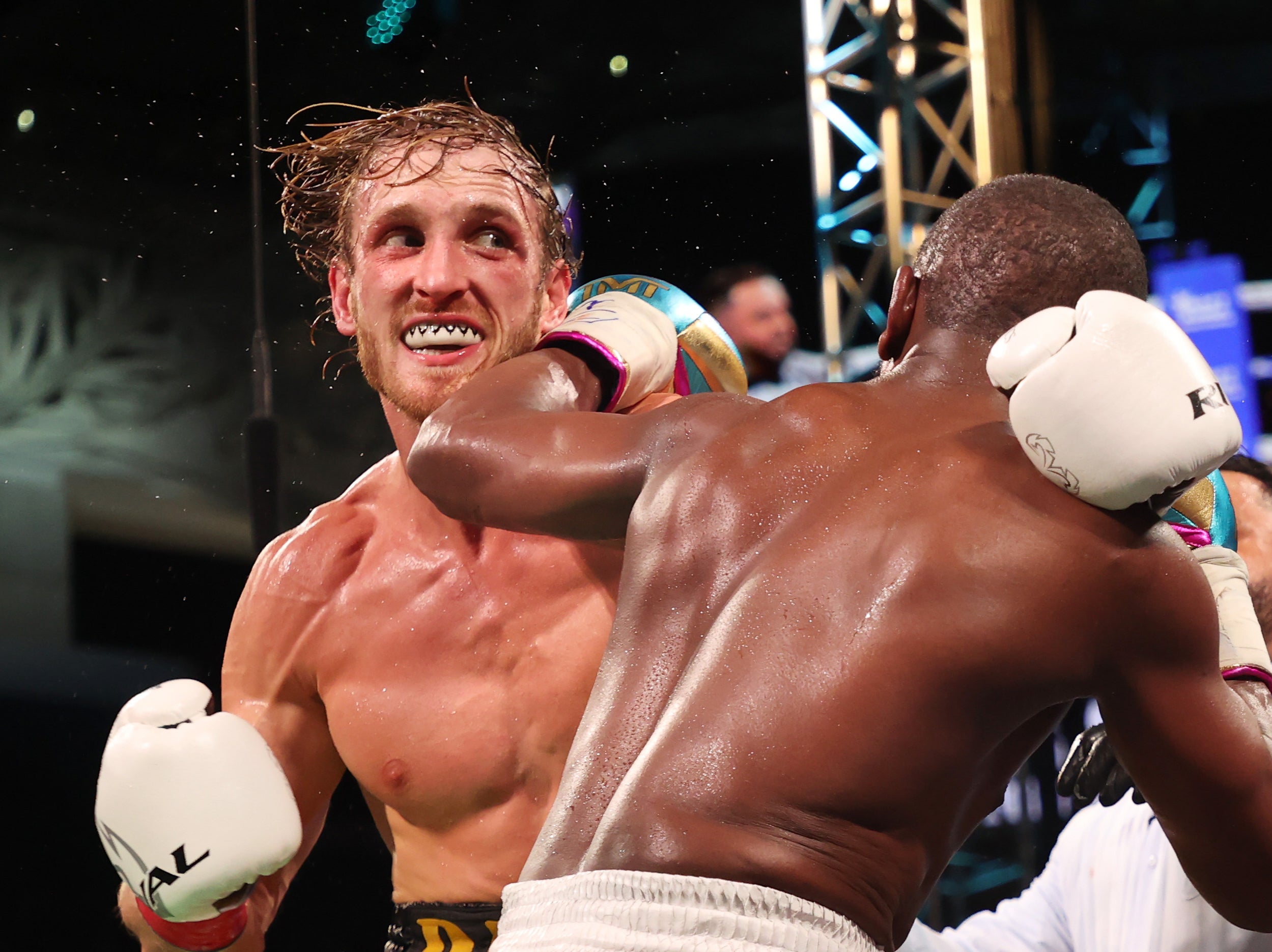 Mexican boxing superstar Canelo had voiced his disapproval of the fight between retired professional Mayweather and YouTube celebrity Paul, and appeared less than impressed with the spectacle as the eight-round contest ended without a knockout or a winner.

Paul, who is now 3-0 as a professional boxer and is set to face former UFC champion Tyrone Woodley in his next fight, called out one of the biggest names in boxing.

The 24-year-old replied to Canelo on Twitter, accusing the unified super middleweight champion of being unable to sell pay-per-views. Paul has previously claimed he is a bigger draw than established combat sports stars, such as Conor McGregor.

Canelo’s sole defeat of his career came against Mayweather in 2013, and the multiple-weight world champion defeated Billy Joe Saunders in his last fight.

Mayweather, 44, appeared to say he would retire from boxing after the exhibition and credited Paul for his performance.

“I had fun. You’ve got to realise I’m not 21 anymore. He’s better than I thought he was,” Mayweather said afterwards.

“He’s a tough, rough competitor. I was surprised by him. He knew how to use his weight and tie me up.”