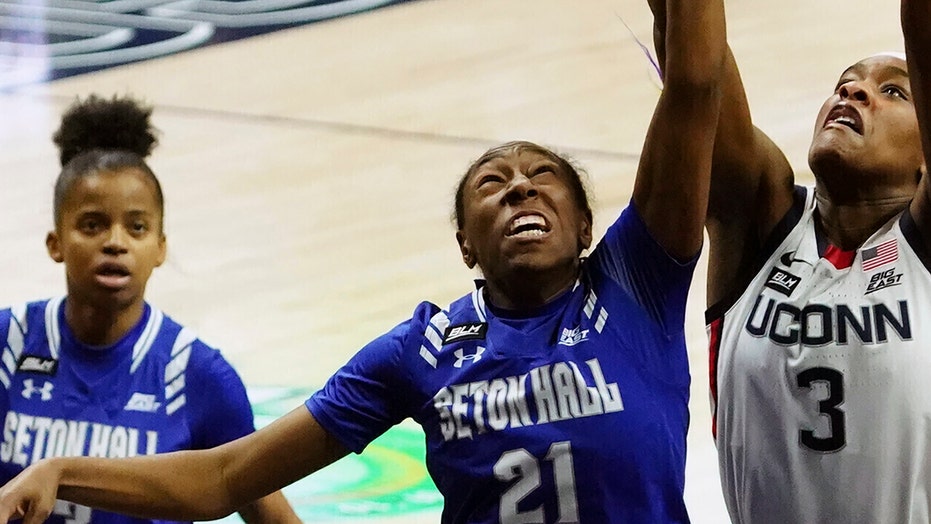 A former women’s basketball player at Seton Hall University has been added to a lawsuit filed against the school by former men’s player Myles Powell over what they claim were misdiagnosed knee injuries.

In an amended complaint to Powell’s lawsuit filed Tuesday, Jasmine Smith alleges team staff told her she’d suffered a bone bruise during practice in the fall of 2020. She alleged she was cleared to play and played the rest of the season despite suffering knee pain and swelling.

After Smith graduated from Seton Hall and sought to use a final year of basketball eligibility at Loyola Marymount University, an MRI showed more extensive damage that forced her to undergo surgery and will require a second procedure, the lawsuit claims.

The injury will force Smith to miss the upcoming basketball season and has damaged her hopes of playing professionally in Europe, according to the suit.

Both Powell and Smith allege gross negligence, fraudulent concealment and breach of contract in the lawsuit. The suit seeks unspecified damages.

“Seton Hall University has always and continues to put the health and safety of our students first,” a school spokesperson said in an email. “We are aware of the matter, but are unable to comment on pending litigation.”

Powell’s lawsuit filed last month claimed the failure of the South Orange, New Jersey-based school, coach Kevin Willard and staffer Tony Testa to correctly diagnose a knee injury led to physical and financial damage. Powell was Seton Hall’s third all-time leading scorer and was the Big East Conference player of the year in 2019-2020 but wasn’t drafted by the NBA last year after teams learned of the extent of the injury, the lawsuit claims.

The suit alleged Powell was misdiagnosed with an ankle injury early in the 2019-20 season, when it was actually a lateral meniscus tear to his right knee. The suit further alleges the high-scoring guard was not told of the extent of his injury and the failure to treat it properly caused permanent damage.

In a response filed this month, the school argued that it is shielded from Powell’s negligence claims under state law governing schools, charities or other nonprofit institutions. It also argued Powell’s other claims of breach of contract and breach of fiduciary duty misinterpret the law.