FORTUNA DUSSELDORF supporters are down in the dumps… after being told to produce photo ID in order to use the TOILET.

Fans of the Bundesliga have smashed up toilets, washbasins and hand dryers on several away trips this season in the German top-flight. 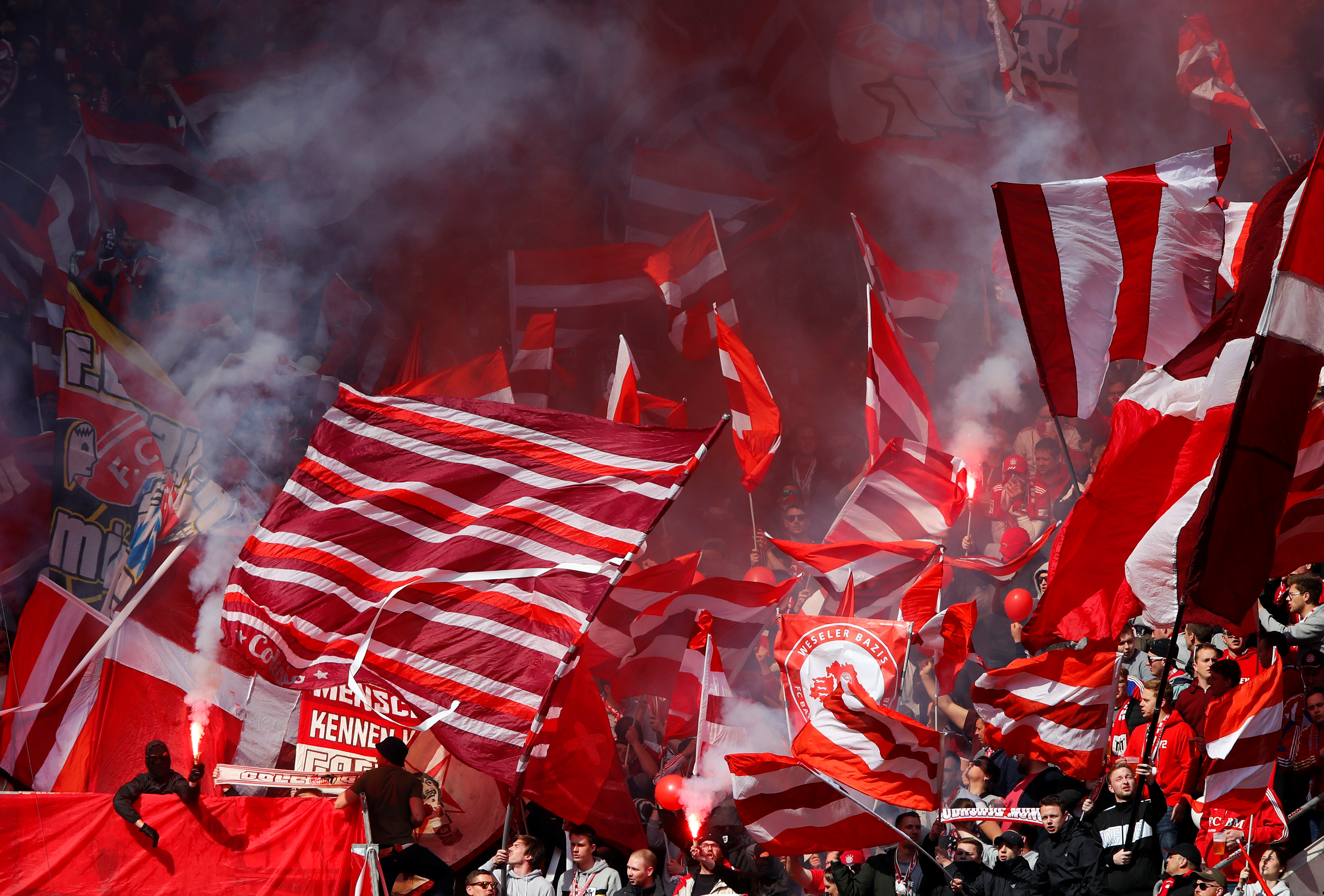 Teams such as Bayern Munich, Borussia Monchengladbach, Mainz and Wolfsburg have all been the victims of the Dusseldorf faithful.

Friedhelm Funkel's side have been slapped with a £120,000 fine by the German FA for misbehaviour by their fans.

And the club have now urged their travelling supporters attending Sunday's clash at Freiburg that they will not be allowed to use the toilets unless they present their identity papers to stewards.

Dusseldorf said in a statement: "Because of various acts of wilful damage to facilities during away games this season, Fortuna fans are asked to accept that there are problems with the toilet situation.

"Fortuna asks for your understanding that on this occasion [the Freiburg game], everyone who visits the toilet must show photo ID to Fortuna stewards who are stationed at the entrances."

Commenting on the club's plan, one person quipped: "At least they're not using faecal recognition software."

While others branded the idea as "insane" and a "nightmare", though director Sven Muhlenbeck insisted it needed to be done.

Yep, you read that right. We’ve teamed up with Mastercard to give away 2 pairs of tickets to the UEFA Champions League Final Madrid 2019, plus everything you need to get there and back.

Want to win this money can’t buy prize? Head here to find out more and enter.

He said: "We have taken these measures to try to seize control of the situation."

Dusseldorf currently sit tenth in the table with three matches to play, with the club looking to win back-to-back games.

Midfielder Dodi Lukebakio – on loan from Watford – has been a shining light for the German outfit, with the 21-year-old chipping in with 14 goals and five assists in 31 games.