AS Steven Gerrard and Frank Lampard prepare to meet as managers for the first time on Saturday, all talk of greatness from their playing days feels remote.

Both were Champions League-winning captains. Both are bona fide Premier League legends. 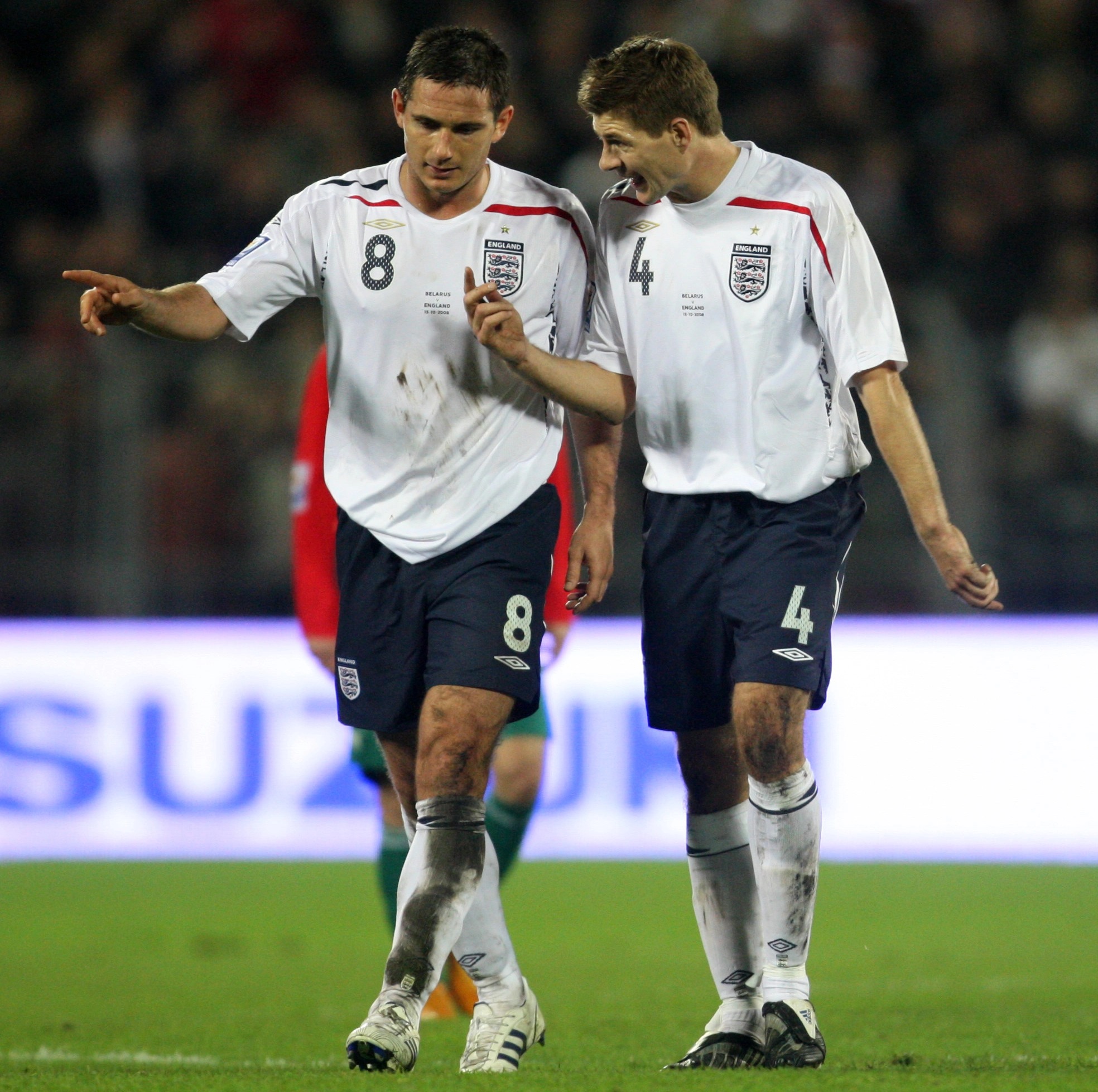 In 2005, both were on the Ballon d’Or podium — ranked second and third in the list of the best  players on the planet, behind Ronaldinho.

And they both earned more than 100 England caps, playing together on 70 occasions as part of that midfield conundrum that was never properly solved.

Now the bosses of Aston Villa and Everton are both on the precipice of a crisis and feature high in the Premier League managerial sack-race odds.

There is no definitive answer to who was the finer footballer — and debate still rages about why they could never operate together effectively for the Three Lions.

Gerrard has previously pointed the finger at a succession of England managers who failed to handle the egos of the tarnished “Golden Generation”.

“We needed a manager who was bigger than all of those individual players.

“I look at managers now that are bigger than the team:  Jurgen Klopp, Jose Mourinho and Pep Guardiola.

I was a 'slave' to Ryan Giggs' every need or there were consequences, says ex

“I think someone like that who was above the Golden Generation, who was prepared to make the tough decisions, would have got more out of that group of players.”

While Sven-Goran Eriksson, Steve McClaren, Fabio Capello and Roy Hodgson didn’t fit that criteria for England, Gerrard and Lampard are surely “bigger” in profile than their squads at Villa and Everton respectively.

Both have chucked their weight around in calling out underachieving players.

And Gerrard stripped Tyrone Mings of the Villa  captaincy before the season kicked off, benching the England defender for the shock 2-0 opening-day loss at Bournemouth.

But neither man is thriving as managers of grand old English clubs looking to  emulate long-gone glories.

When the England squad was riddled with club cliques,  Lampard and Gerrard were never close friends. And during the Mourinho-Benitez era, the rivalry between Chelsea and Liverpool was especially fierce.

Neither was there real animosity between the pair — both bright and likeable characters.

Yet on the pitch, whether they were employed together in the centre of a 4-4-2 or with a holding player behind them, they rarely gelled. 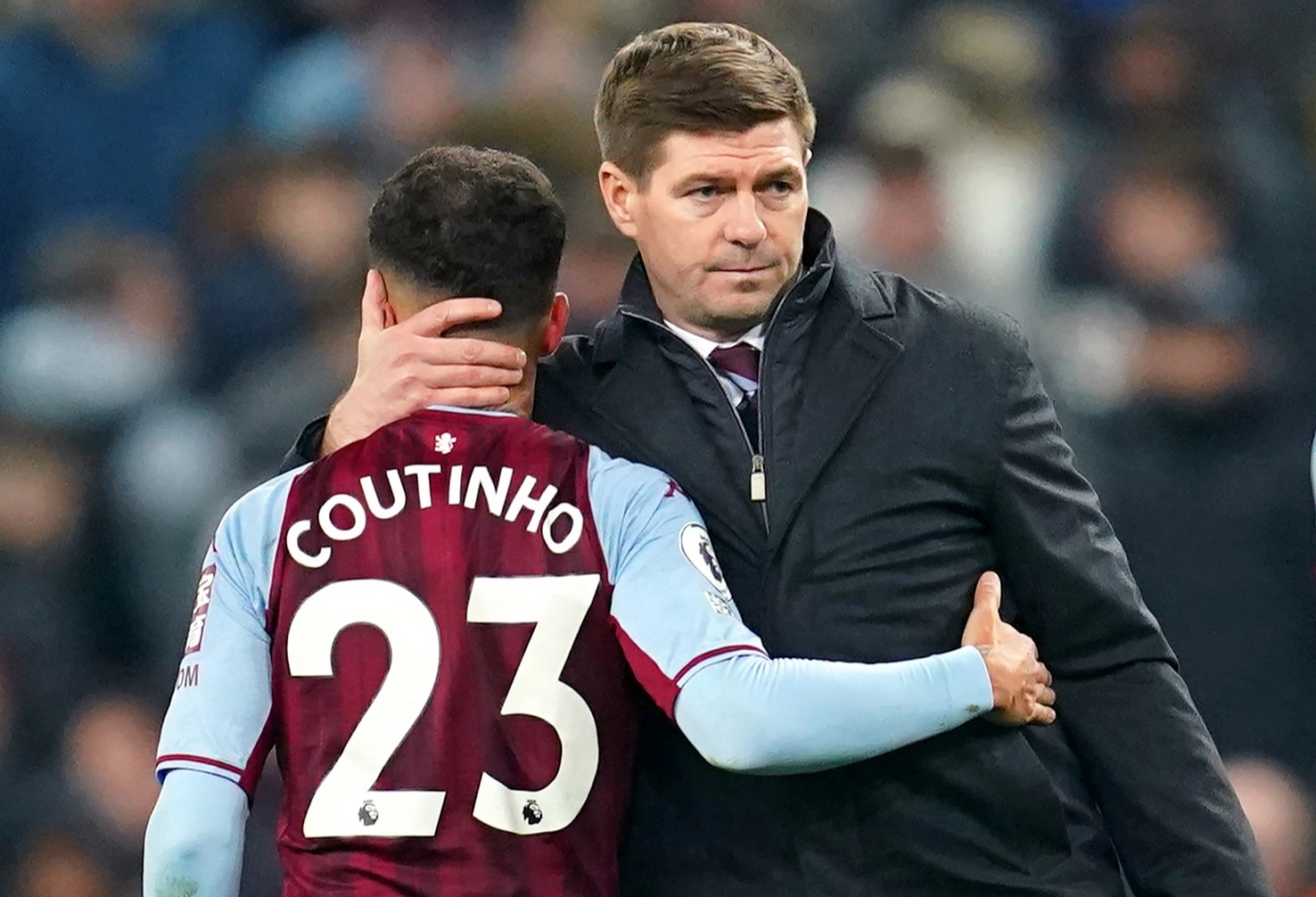 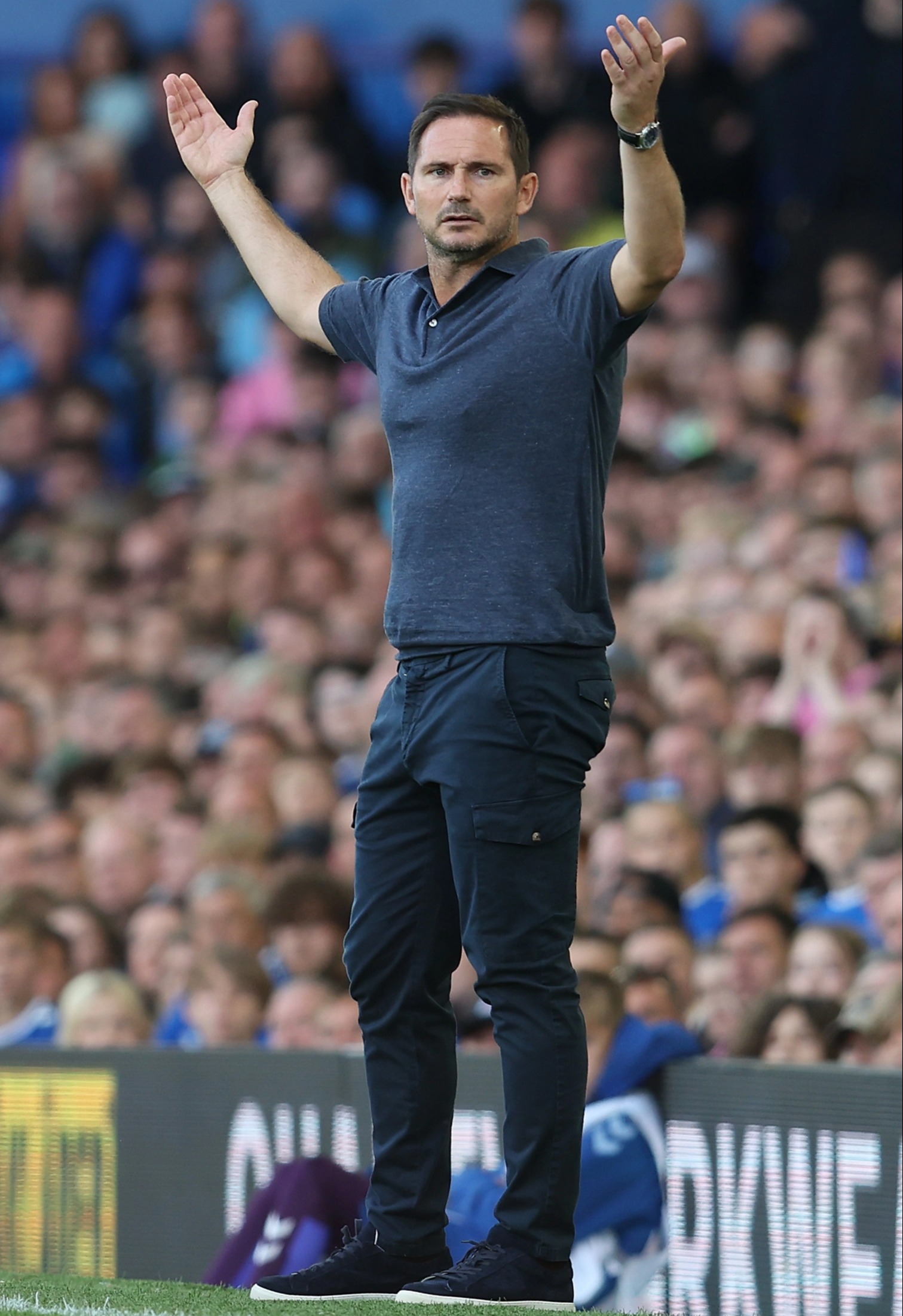 They were not carbon copies as players. Lampard was a more consistent goalscorer and Gerrard had stronger defensive attributes.

Yet they were similar enough to instinctively want to make the same forward runs.

Can either become the first Premier League playing great to become a truly successful manager in England’s top flight?

For while success as a player earns a degree of dressing-room respect when a new manager arrives at a club, it can quickly wear off.

Playing and managing are two entirely  different skill sets — and great players often struggle to cope with coaching players of lesser ability.
Gerrard’s stock was  certainly higher than Lampard’s when they took up their current posts last season.

Lampard was interviewed for the Villa job before Gerrard was appointed in November  as he struggled to find employment following his Chelsea sacking the  previous January.

When he turned up at Goodison Park after a year-long hiatus, Lampard inherited a squad littered with expensive flops, recruited by a succession of failed managers, at a club which has become a byword for incompetence.

Everton inched clear of relegation thanks to their decent home form.
But the summer brought little cause for optimism.

Richarlison was sold to Tottenham, Dominic Calvert-Lewin suffered another long-term injury and James Tarkowski and Dwight McNeil, from relegated Burnley, were the only permanent signings before the weekend’s big kick-off.

He has struggled to deal with whether big-money signings Philippe Coutinho and Emi Buendia can play in the same side, in echoes of the Gerrard-Lampard conundrum.

This week’s loan signing of Wolves defender Conor Coady and a permanent deal for Lille midfielder Amadou Onana have improved the mood.

But after a home defeat by Chelsea, another setback at Villa Park would cause alarm.

Gerrard arrived at Villa having led Rangers to an  invincible league season in the  previous campaign, and enjoyed an impressive start — four wins in six, and only narrow defeats by Liverpool and Manchester City.

Yet Villa ended the season miserably, with just two wins in their last 11 games — against relegated Norwich and Burnley — followed by that shocker at Bournemouth on Saturday.

Gerrard lost his assistant, Michael Beale, a trusted lieutenant at Ibrox and Villa Park, when he took over as manager of QPR.

He has struggled to deal with the issue of whether two big-money signings — Philippe Coutinho and Emi Buendia — can play in the same side, in echoes of  the Gerrard-Lampard conundrum.

And his public humiliation of Mings has stunned many at Villa Park, where the England defender is hugely respected.

That was a massive, potentially make-or-break, call — but  perhaps the sort which one or two England  managers should have made when Gerrard and Lampard were in their pomp.