EINTRACHT Frankfurt fans removed their own seats in protest of not being able to stand during their Europa League contest with Chelsea.

Supporters of the German club are usually allowed to stand for their Bundesliga clashes which helps create a hostile atmosphere inside the Commerzbank-Arena. 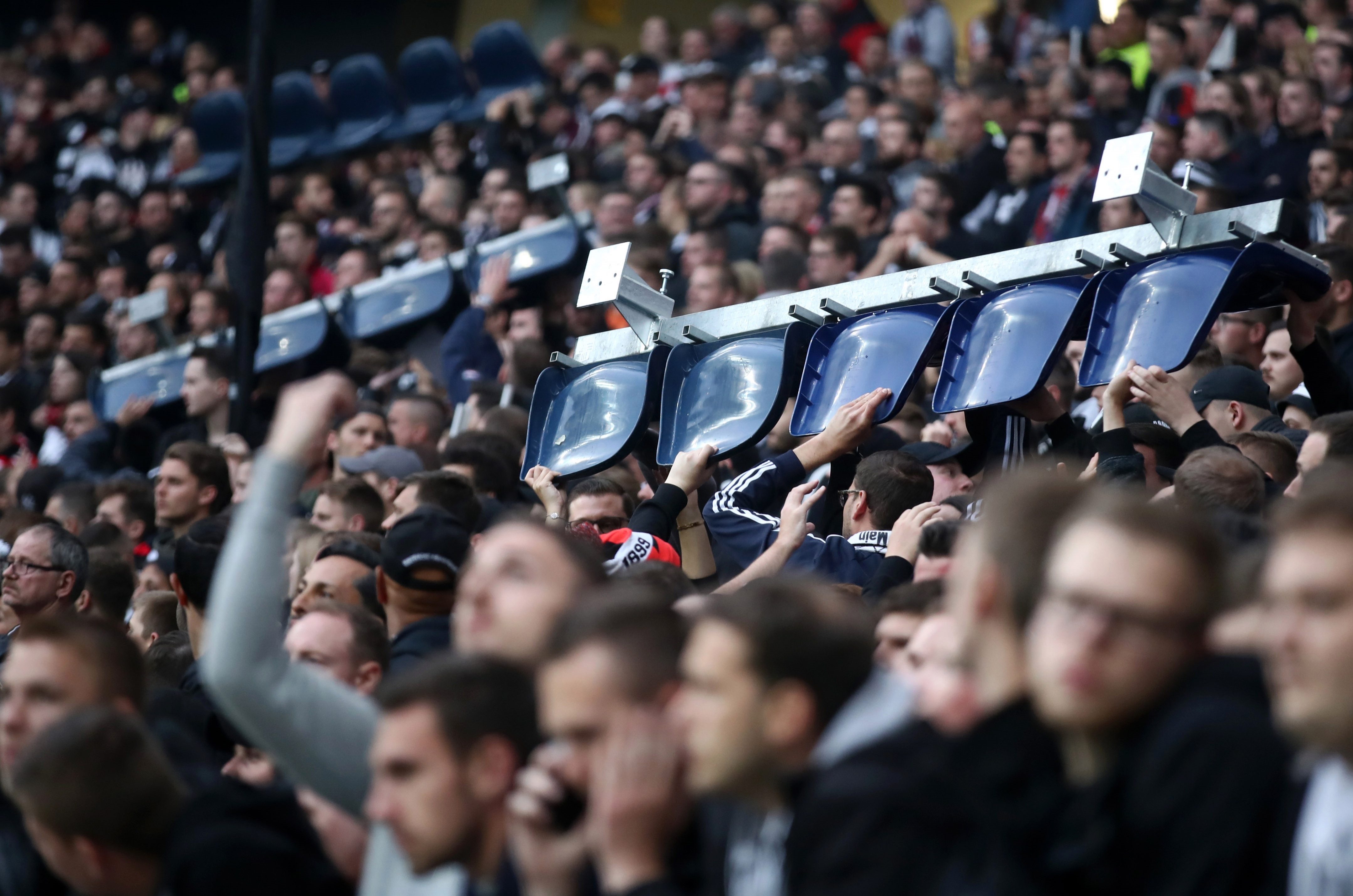 Uefa restrictions mean the club were forced to install seats in the standing sections of the ground.

But it obviously didn't go down well with the home faithful who wasted no time in taking them out.

Images show supporters lifting rows of seats from the stand behind the goal before passing them down towards the edge of the pitch.

Frankfurt supporters can create one of the most hostile atmospheres in European football.

And they were at it again before kick-off when they unveiled an enormous banner that took up the majority of the stand.

They also created a stunning spectacle by giving fans white and black flags to wave as the players headed onto the field.

Standing from the off, they were sent into a frenzy when in-form Luka Jovic superbly headed the home side ahead.

Frankfurt fans do not mess about ?

The noise around the ground was deafening as the 21-year-old grabbed his ninth Europa League goal of the season.

But they were eventually silenced on the stroke of half-time.

Ruben Loftus-Cheek laid the ball into the path of Pedro who rifled the equaliser into the bottom corner. 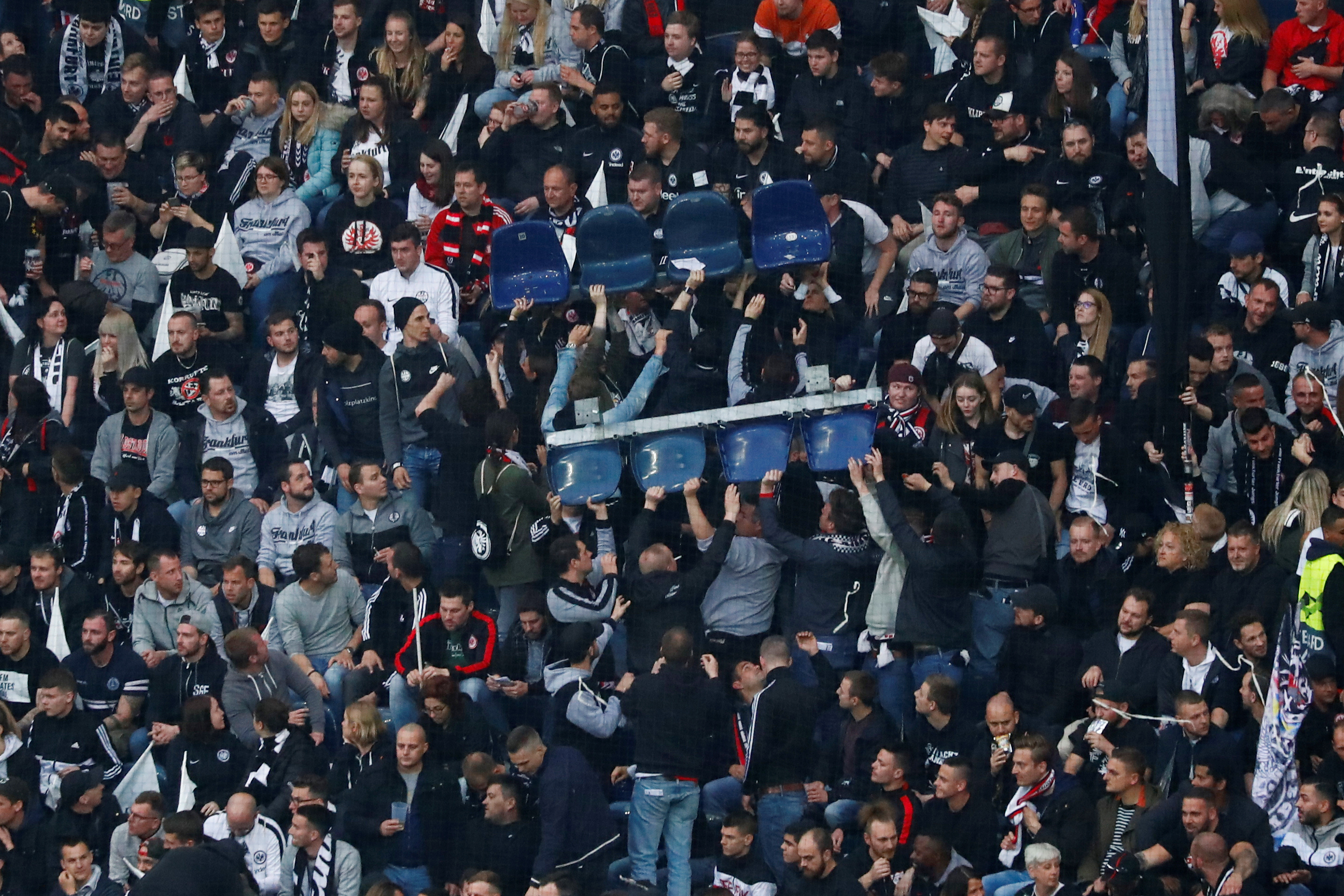 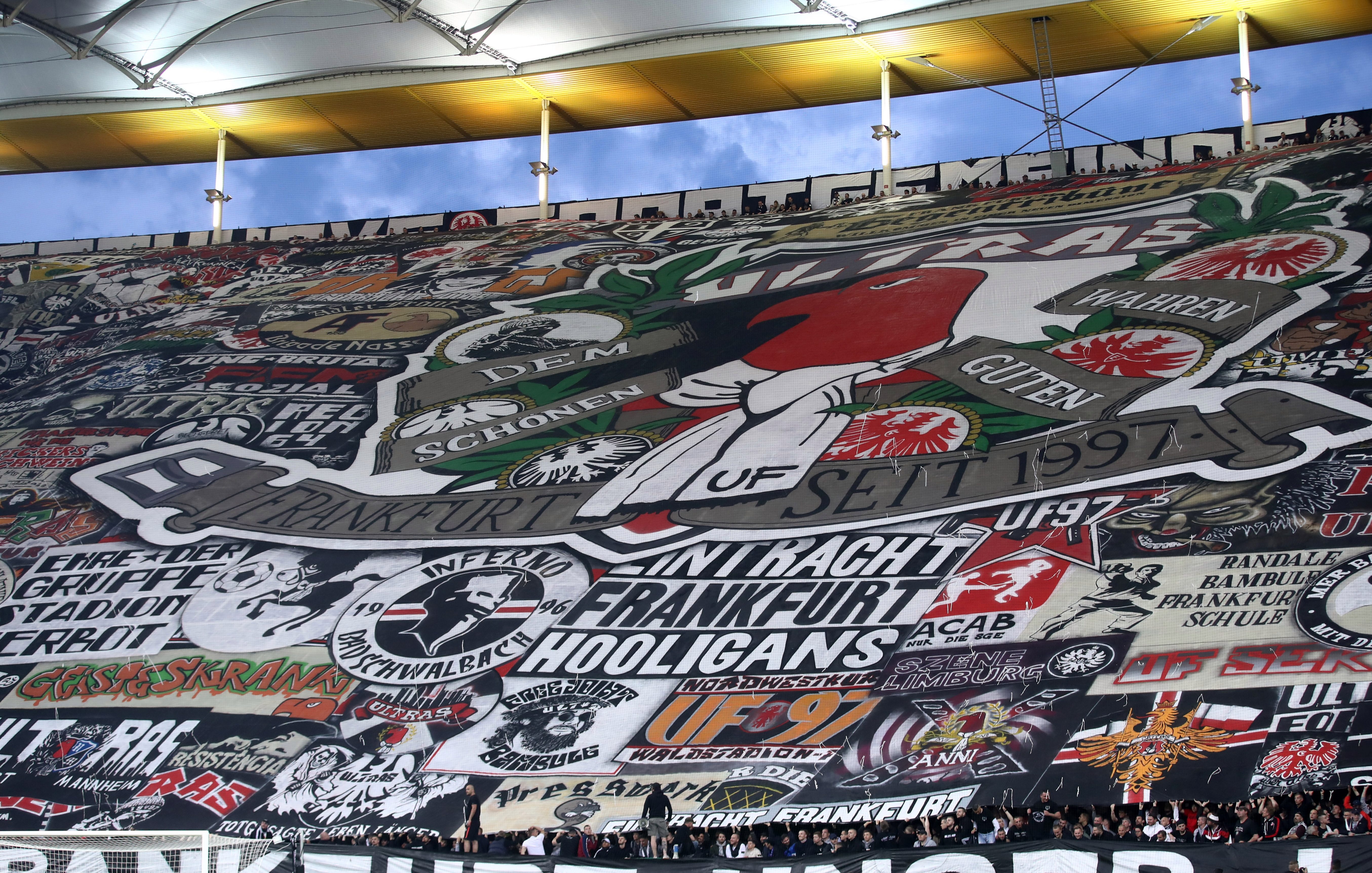 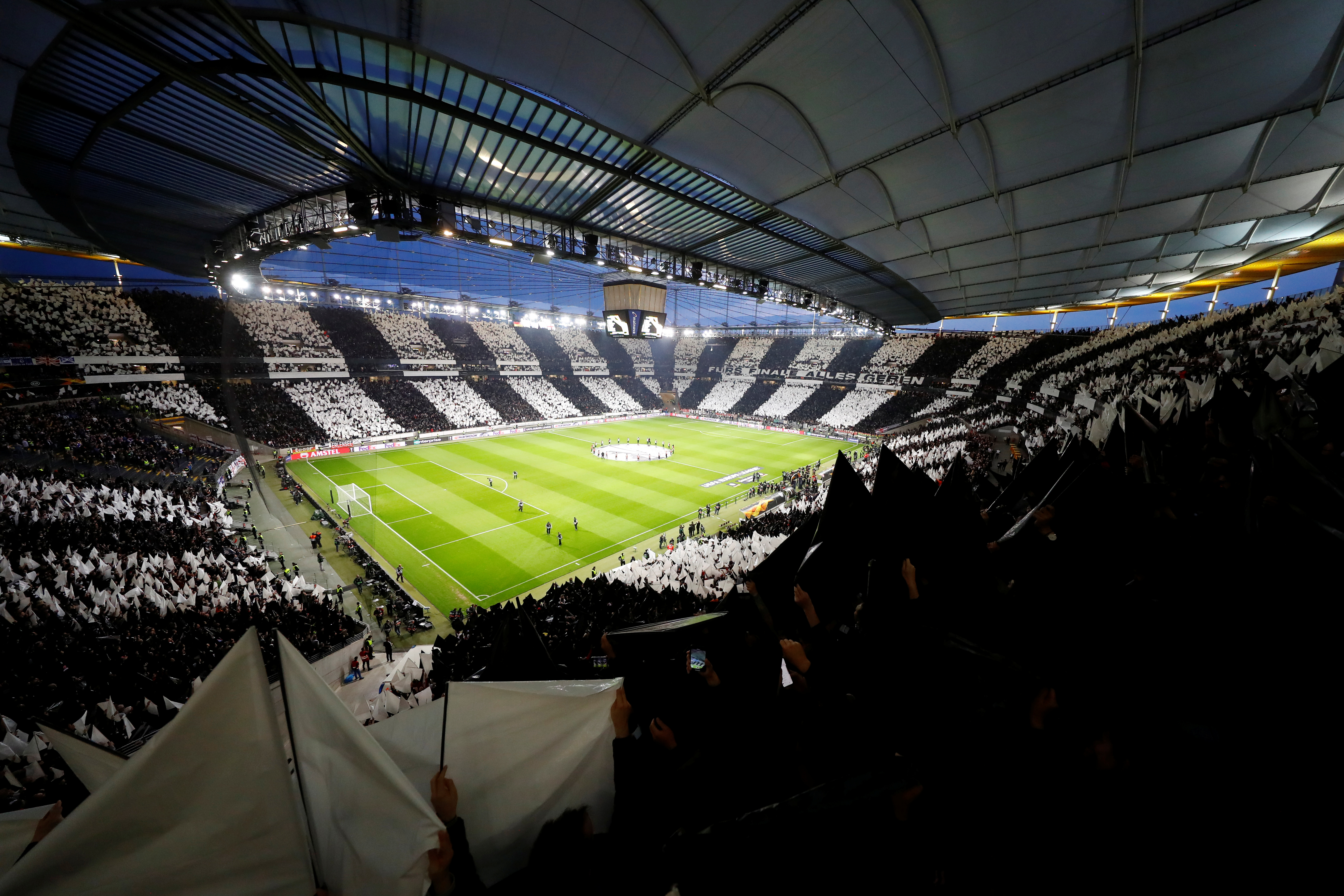