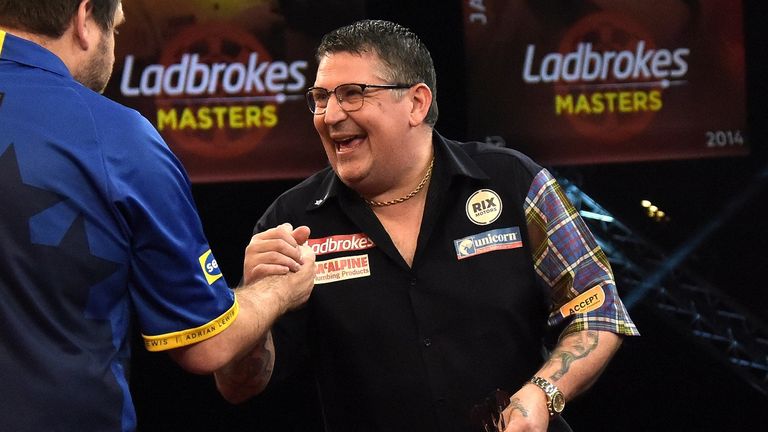 Twelve months on from the PDC Home Tour and Gary Anderson’s high-profile WiFi issues, a return to normality is on the horizon.

The Covid-19 vaccination programme paves the way for the return of fans at events, with a live crowd set to attend the conclusion of the Premier League later this month.

It will be a welcome development for several players, not least the Flying Scotsman.

His Premier League tournament three-dart average this year – at 95.82 after nine matches – is the lowest of the eight remaining players.

And the two-time world champ knows he needs to raise his game. 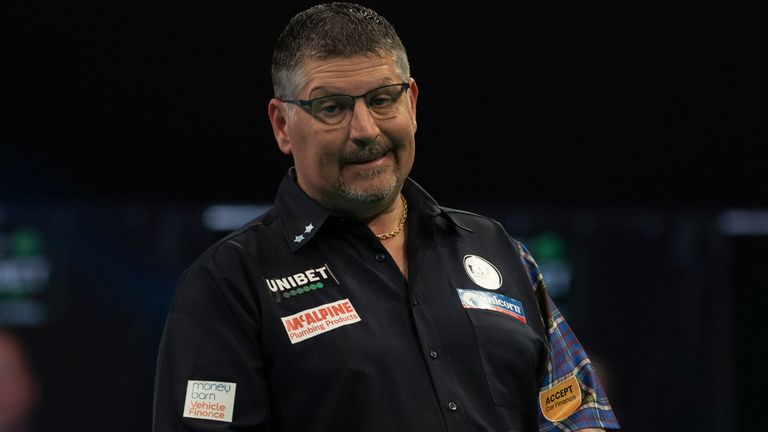 Anderson is not impressed with his current form

“I enjoy being back playing. As where my game stands now, nowhere close. Absolutely rotten,” he told The Darts Show Podcast.

“There’s some good little spells, and then followed by a longer spell of pure rubbish. But it’s getting there. I was all up for the practice with Ryan [Searle]. Ryan was out a few nights towards the end of lockdown, but since January we’ve been locked up again. So practice has been non-existent again.

“To be honest, I think I’m miles off. There’s times that it’s there, and the next leg it’s a completely different throw again. It’s just getting myself to do the same thing, over and over, which has been hard to do.

“One minute it’s OK, the next minute I throw and it feels like the throw is all wrong. I’m gripping my darts wrong. I’m kind of fighting with myself up there as well.”

Anderson finds himself currently eighth in the Premier League table, but trails the top four by just two points. With three nights taking place on Wednesday, Thursday and Friday, he knows this is ‘moving week’.

“I think to get straight back into it and get a couple of wins off the word go, that would make a difference,” he said.

“It’s so tight now, a couple of boys lose a couple of games, and they’d be sitting at the bottom of the table. I was just glad to get past the cut-off stage to be honest.

“I started off well, the first two days were fine. After that [it has gone downhill].

“I think it’s being locked up in that hotel. There’s no way we can get out. Even going into the practice boards, we’re not allowed to do that. So it kind of gets to you after a while. I can manage two days, and then I start wandering, start thinking I can’t be bothered with this. But it’s a three-day stint this time. So I’m getting myself ready for that.”

Really happy to get past judgement night, really need to get on the practice board on those doubles when I’m home. Play Nathan tonight then home for a bit! Thanks for all your messages @UnicornDarts @mcalpineplumb @accept_car @RixMotorCompany

Anderson has struggled with that novel aspect of tournaments over the last year, being confined to a hotel room for long hours.

“It’s been hard,” he admitted.

“A lot of the youngsters, they’re up with this technology. They play each other over their phones and iPads. Me and technology, we don’t exist. I haven’t been able to work an iPad for the last 12 months. We did that one for the PDC on the iPad, we had to get WiFi in. It’s all over my head. I’ve not got a clue about all this stuff. I’m a pen and paper person.

“Even practising with the boys. I’ve tried going into the room and throwing darts on my own. Some boys can do it, hats off to them. I used to do it, but I just can’t seem to do it now. I need to have someone in front of me, you wait until they throw, they walk past you, you’ve got something in your eye-line instead of just a dart board on your own.” 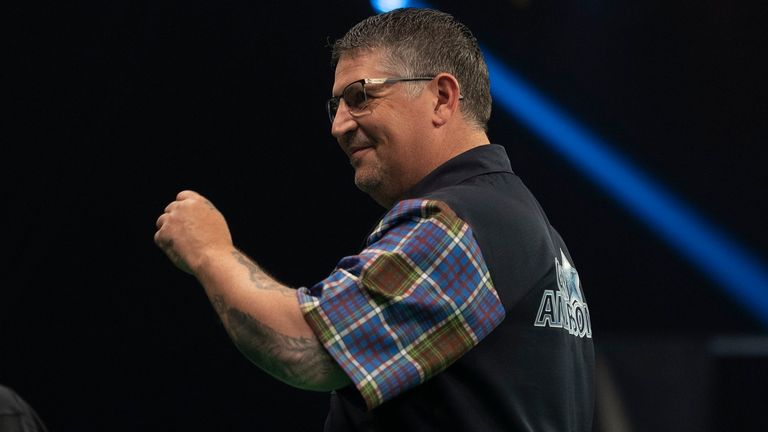 Therefore when relative normality resumes, the 50-year-old is confident of returning to his best form.

“[My target is] just to get back playing well. I know in my head, once we get playing proper darts all the time consistently, that it will come back,” he noted.

“If I have a week off, two weeks off, I don’t throw a dart. So I think when we’re back playing every weekend like we used to, it’s going to come good again hopefully.

“It’s nice to win titles, I’ve forgotten how that feels. It feels like decades ago. But I just enjoy playing the game. There’s nothing better when you get two lads up there throwing, they’re both playing well, it’s a great game to play. The interest is still there. I think once everything is lifted and we can get back to a bit of normality, more tournaments, boys will be around playing more often, I think it will be good.

“Some of the boys have struggled. We’ve seen Glen [Durrant], he has really struggled. I’ve struggled myself, but not as bad as Glen. But once we get back playing darts, in a local pub with the boys, I think you’ll see the games picking up again.”

Watch full coverage of every night of the Premier League on Sky Sports, and stick with us through the year as we bring you the latest darts news on skysports.com/darts, our app for mobile devices and our Twitter account @skysportsdarts