GARY NEVILLE and Jamie Carragher have taunted the European Super League by TOASTING its spectacular collapse. 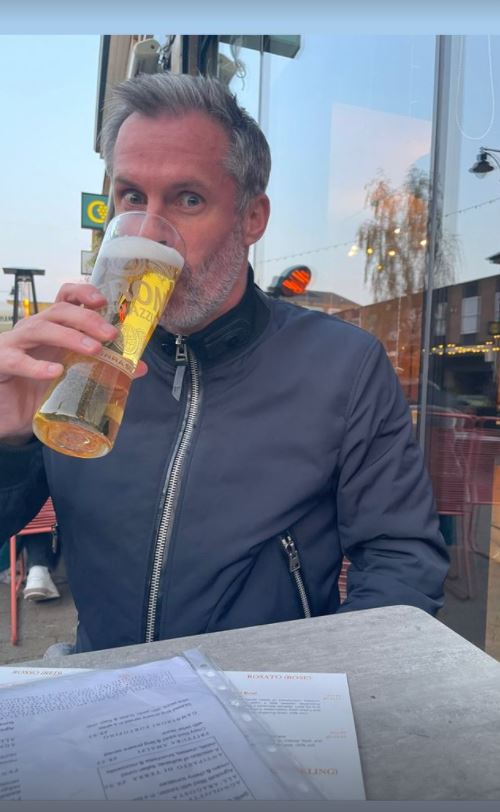 And Manchester United legend Neville was followed by ex-Liverpool hero Jamie Carragher in posting joyous photos on social media as they drinked to the ESL's sudden demise.

Both particularly condemned their own club's owners, with  "disgusted" Nev one of the most outspoken critics of the "criminal act".

Fans from all across the country quickly lapped up the duo's celebrations of the Tuesday night U-turn.

The Sun revealed the same night that Old Trafford executive vice-chairman Ed Woodward has sensationally quit the club over his role in one of the sport's biggest farces of recent decades.

Neville had hit out: "I’m disgusted with Manchester United and Liverpool the most.

“Manchester United, 100 years, born from workers around here, and they’re breaking into a league without competition, that they can’t be relegated from?

"It’s an absolute disgrace and we have to wrestle back the power in this country from the clubs at the top of this league. That includes my club.”

BETTING OFFER – GET £20 IN FREE BETS WITH BOYLESPORTS

And in a pretty accurate gaze into what was to happen over the past 24 hours, Carra said on Monday: “We have tribalism in this country, we have rivalry, that’s what makes the game we love.

Football fans get together, all of us, in TV, pundits, players, managers, get together and stop this because it can be stopped.

“I’m convinced of it. Going forward, I think that’s what we need, marches on stadiums, supporters getting together, this cannot be allowed to happen.”