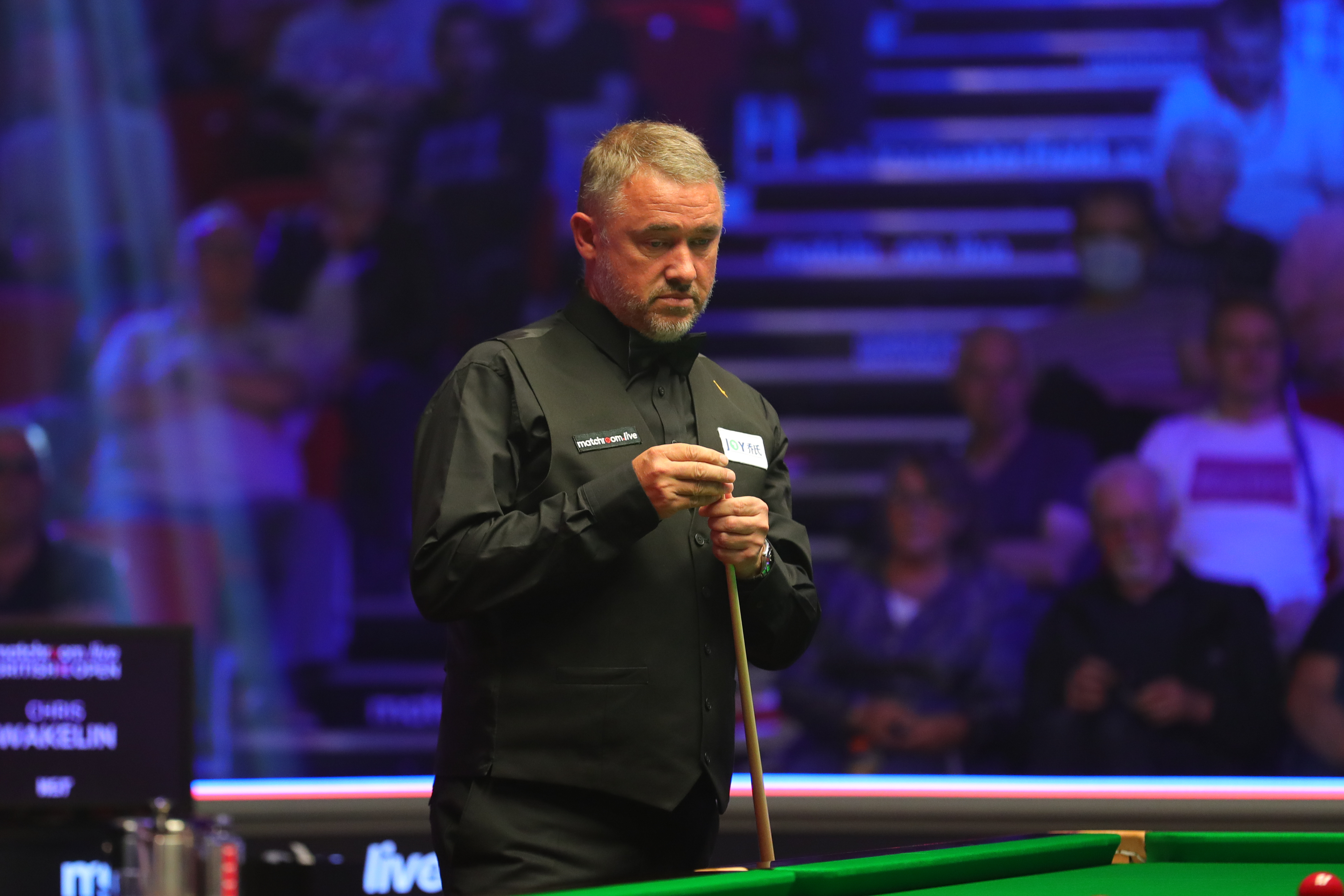 Gary Wilson beat Stephen Hendry 3-0 in the second round of the British Open on Thursday afternoon but described the match as ‘an embarrassment’ as he slammed both Hendry’s and his own performances.

It was a match to forget for both men at Leicester’s Morningside Arena, with both a long way from their best and Hendry especially poor as he fights to regain some form in his comeback to the main tour.

Wilson picked up the 3-0 win despite being visibly frustrated during the contest as he struggled for rhythm, but Hendry kept failing to punish him.

The Tyneside Terror produced a scathing assessment of the match and of the seven-time world champion’s display after the contest.

‘I’m always honest and I’m going to be totally honest, I don’t know what to say about that game,’ Wilson told ITV.

‘Dear me, the balls that were being snatched and missed. It was pretty bad, like.’

Wilson seemed to deteriorate deeper into the match as he got frustrated, and he said that was disappointment with his own display getting the better of him.

‘I wasn’t getting punished but I was so unhappy with the way I was hitting the ball, it wasn’t really about Stephen anymore,’ he said. ‘I was just terrible, really, really bad.’

Hendry may not have gone as far as calling the match ‘an embarrassment’ but he admitted that his performance was nowhere near the standard required.

‘I left my cue action on the practice table,’ he said. ‘It was not good today.

‘I butchered the break off in the first frame. For me to beat these players I need to get off to a good start and I didn’t today.

‘If I play bad shots my head goes down and you can’t afford that at this level.’

1997 world champion Ken Doherty was in the studio and felt Wilson’s comments were a bit much, saying: ‘I don’t think it was an embarrassment, to be honest, I think that was a bit strong.

‘You have to use a bit of grace in your interview, and that was a bit strong.’

Perhaps Hendry would agree with Wilson, though, posting on Instagram after the match: ‘Well that was ****’