The New York Giants got a much-needed win over the Philadelphia Eagles on Sunday and didn’t hesitate to take an opportunity to troll their division rivals.

The Giants defense stepped up to stop second-year quarterback Jalen Hurts with three interceptions and four forced turnovers, and held Philadelphia to a season-low in points in the 13-7 beating. 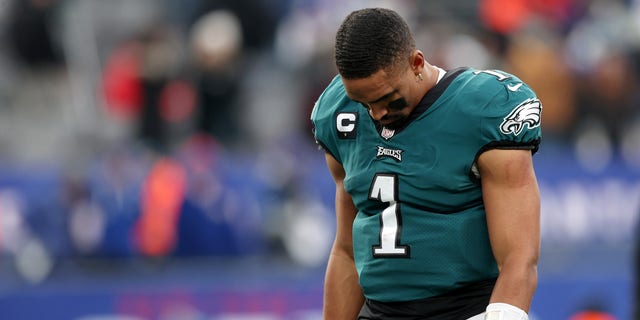 Jalen Hurts walks off the field after his Philadelphia Eagles lost to the New York Giants at MetLife Stadium on Nov. 28, 2021 in East Rutherford, New Jersey.
(Elsa/Getty Images) 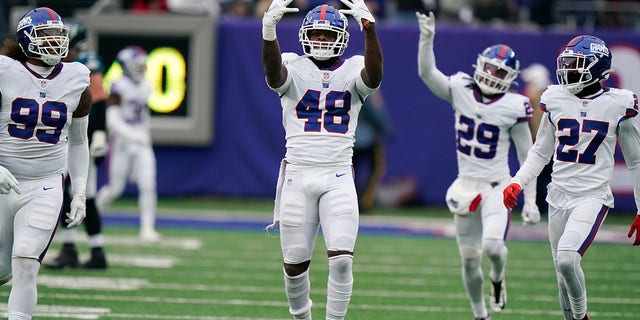 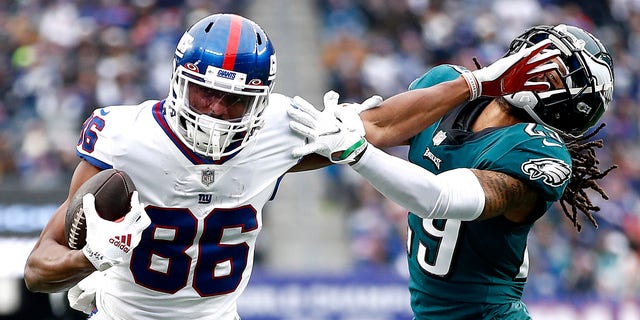 Darius Slayton of the New York Giants fends off a tackle attempt by Avonte Maddox of the Philadelphia Eagles at MetLife Stadium on Nov. 28, 2021, in East Rutherford, New Jersey.
(Sarah Stier/Getty Images)

The Giants improved to 4-7 and kept their playoff hopes alive for another week.