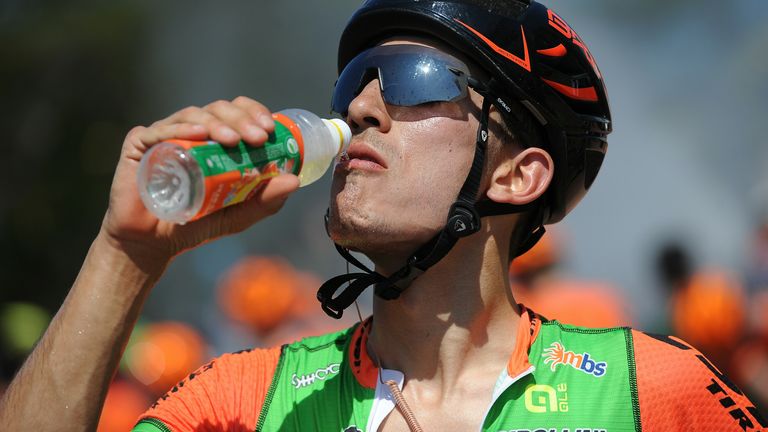 Italian rider Luca Wackermann was forced to withdraw from the Giro d’Italia with multiple injuries following a major crash during Tuesday’s fourth stage caused by a low-flying helicopter.

The crash, which brought down Wackermann and Dutchman Etienne van Empel of the Vini Zabu-KTM team, happened at the end of the stage when a barrier was blown over by the draft from the helicopter and struck the two riders.

A statement from the Italian team said Wackermann had suffered concussion due to a head injury, as well as a fracture of the nasal bones, multiple contusions to the face, on the chin and on the right knee.

I am okay. Only some small cuts on my fingers. Not really sure what happend but out of nowhere the barriers flew into our group. For now my thought are with my teammate Luca and hope some good news will arrive soon🤞#giro @ZabuBradoKTM pic.twitter.com/blR2o1Ncy7

The 28-year-old also sustained multiple bruises to his arms and legs and a suspected back fracture.

“Wackermann will spend the night in the hospital kept under observation and losing that chance to live a dream vanished because of an episode that could have brought some heavier consequences,” read the statement. A freak accident on stage three also forced Geraint Thomas out of the Giro, after he ran over a stray water bottle which caused an “undisplaced fracture of his pelvis”.