How Arsenal could line up next season as Arteta's transfer spree starts including Raphinha, Tielemans and Martinez | The Sun

ARSENAL could boast a frightening starting line up next season if Mikel Arteta managed to sign all of his reported targets.

The Gunners' summer spending looks set to continue, with plenty of highly-rated stars linked with a switch to the Emirates. 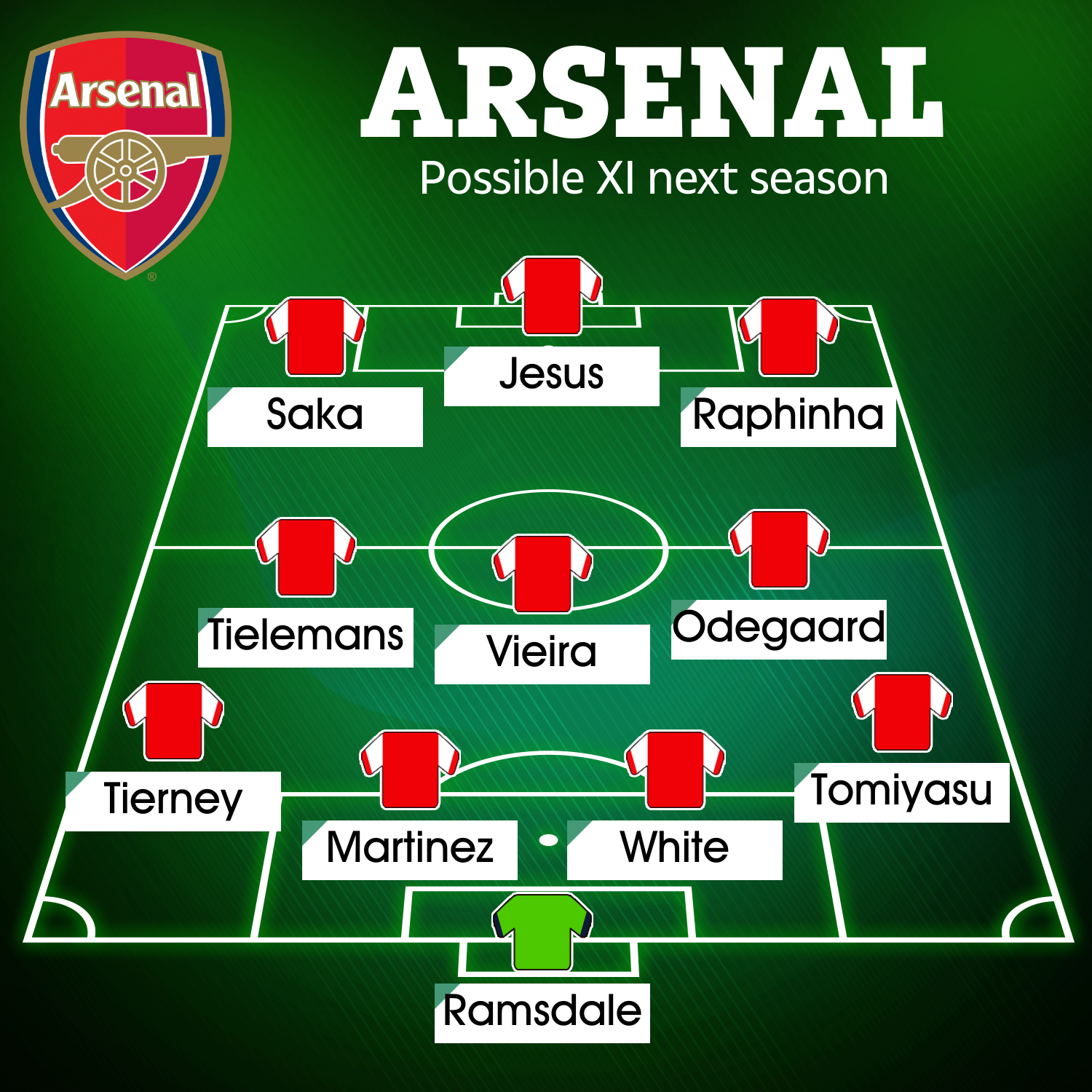 One of those is Leeds star Raphinha, who the Gunners are reportedly preparing a second offer for after having a first bid rejected.

It would take a big-money offer in excess of £60million to sign the 25-year-old right-winger.

And his arrival could force Arteta into switching starlet Bukayo Saka from the right to the left.

A formation change could also be on the cards if Arsenal manage to seal a deal for Leicester midfielder Youri Tielemans. 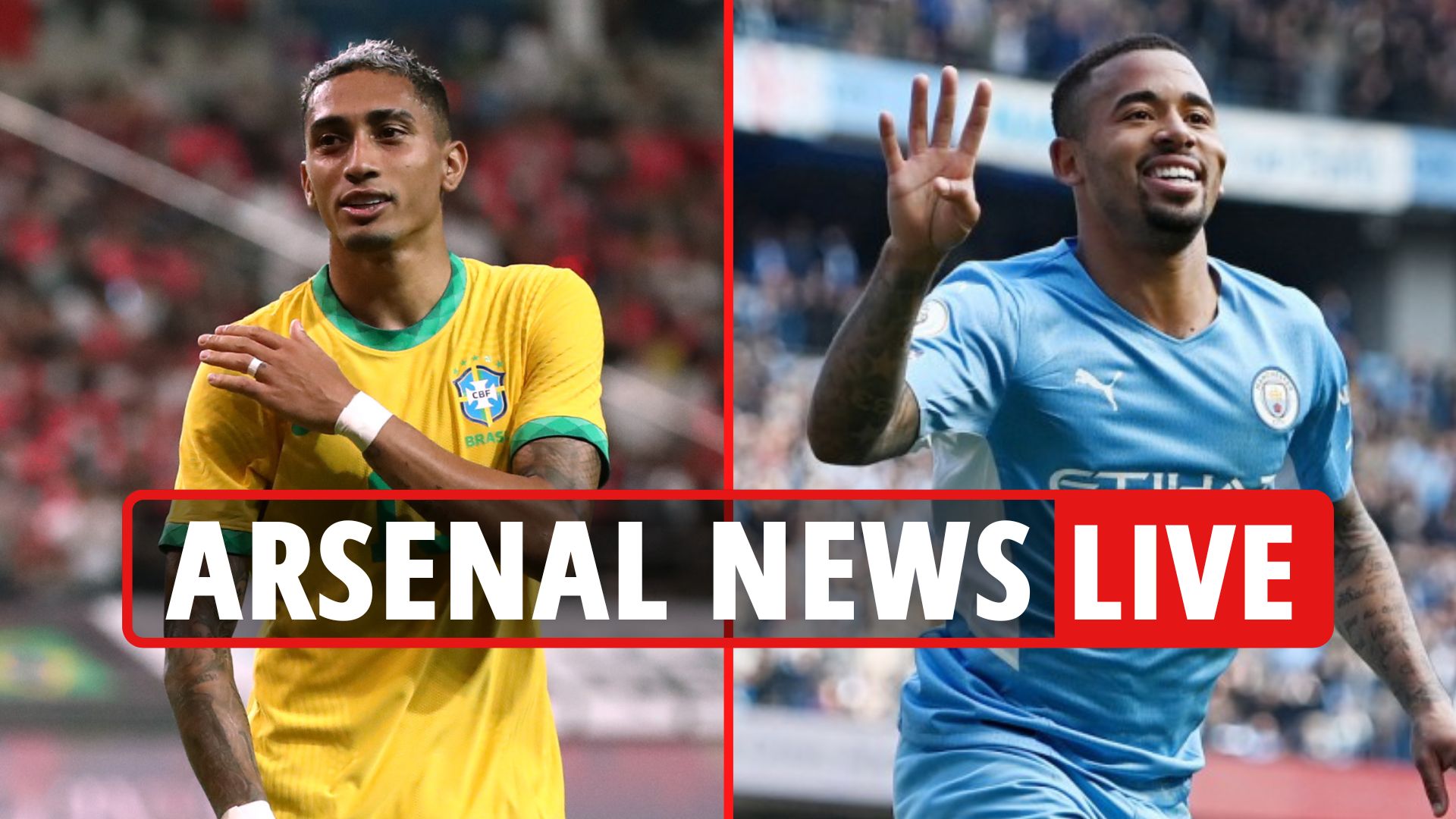 The Gunners are thought to want to bring Tielemans in for a cut-price £25m on top of already signing Fabio Vieira.

But that could see Arteta swap to a flat three in the middle, with Martin Odegaard, to avoid playing any of the attack-minded trio in defensive midfield.

Meanwhile Lisandro Martinez is likely to partner Ben White in the heart of defence if the Gunners are successful in their chase of the Ajax ace.

Reports last week claimed a £25m bid for the Argentinian international had been turned down by the Dutch side.

Gabriel Jesus is certain to lead the line if he swaps the Etihad for the Emirates, with Arsenal now thought to have a clear run of the striker after Tottenham pulled out of the race for his signature.

Alternatively Arteta could opt to stick with his tried and tested 4-2-3-1 formation.

There is also interest in Raphinha from Tottenham and Chelsea, which could see the Gunners miss out on the Brazilian.

That would free up Saka to stay on the right-hand side, with Gabriel Martinelli on the left and Odegaard in an advanced role through the middle of them.

Gabriel Magalhaes could keep his place too if the Gunners lose out on Martinez to Manchester United. 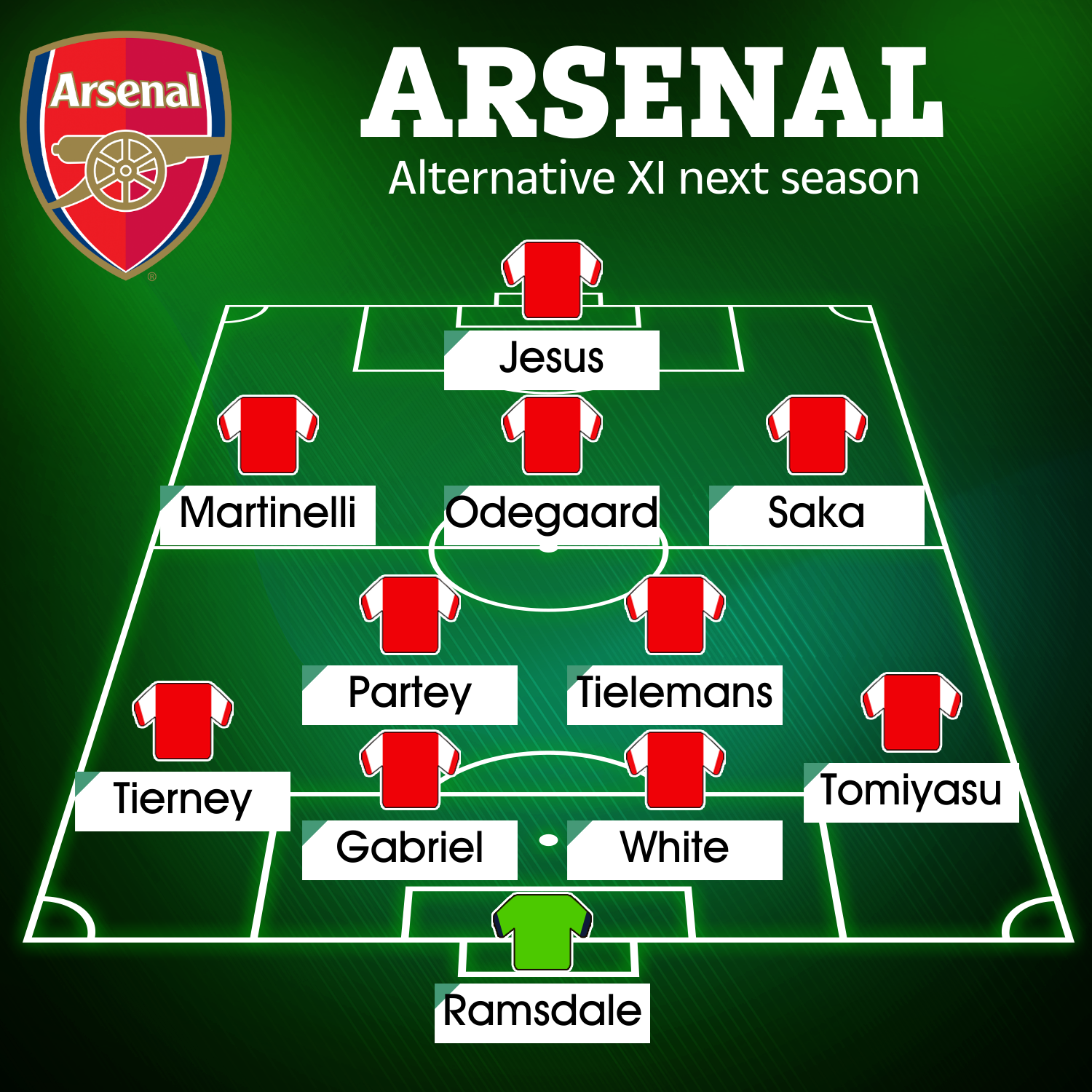