THOMAS TUCHEL could ring the changes for Chelsea’s clash with Aston Villa as he confirmed two of his stars are out.

The Blues are looking to maintain their unbeaten start to the Premier League campaign at Stamford Bridge. 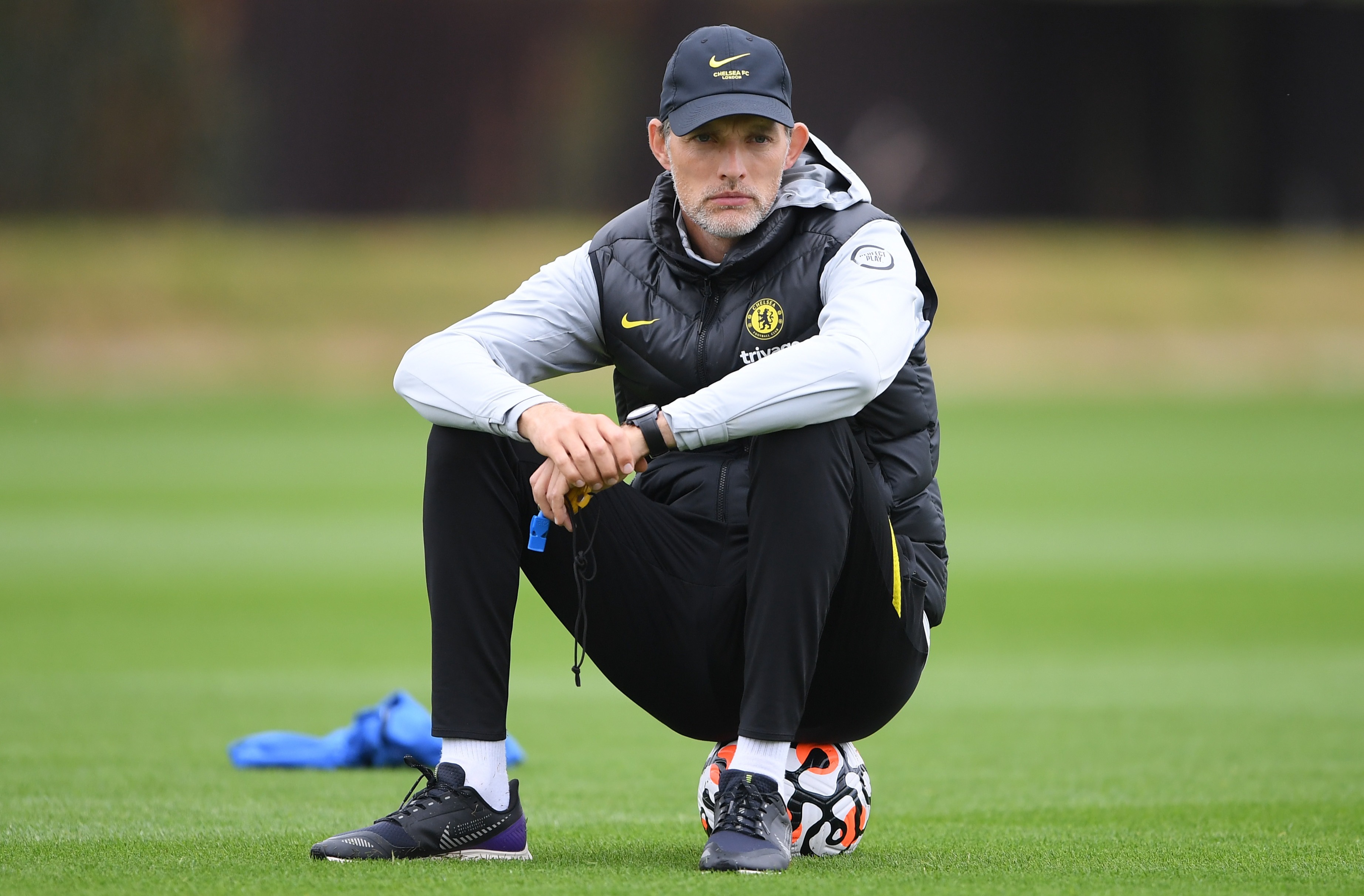 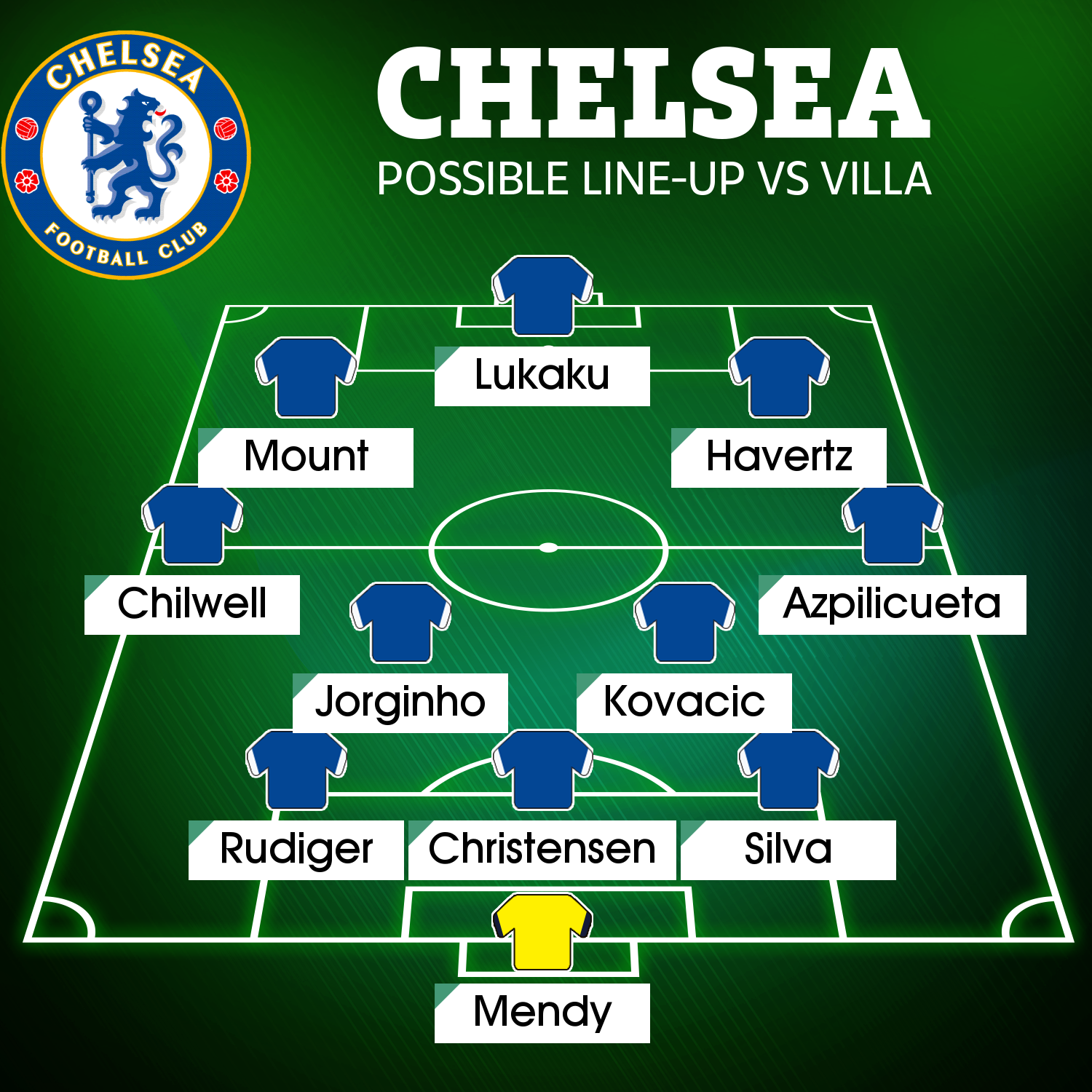 But midfielder N’Golo Kante and Christian Pulisic are both missing.

Tuchel said: “Today was the first day with everyone back. Unfortunately, we have N'Golo Kante and Christian Pulisic out.

“They both got back injured. N'Golo more from the Liverpool game and we will try for Tuesday. Christian came back on crutches.”

However, Romelu Lukaku is expected to recover from his minor thigh problem he picked up with Belgium to start.

And he seems certain to be supported by Mason Mount and Kai Havertz again after the 1-1 draw at Liverpool a fortnight ago.

But with the Champions League on the horizon, Tuchel may opt to rest the Belgian and give Timo Werner a start in attack after he scored three for Germany over the past two weeks.

Reece James was sent-off in that match and is suspended but Chelsea, along with several other Premier League clubs, look set to defy the Fifa five-day suspension for refusing to release Thiago Silva for the South American World Cup qualifiers and play the Brazilian.

Cesar Azpilicueta could switch to a right-sided wing-back role in place of James.

Andreas Christensen and Antonio Rudiger are likely to make-up the rest of the back three in front of keeper Edouard Mendy in goal. 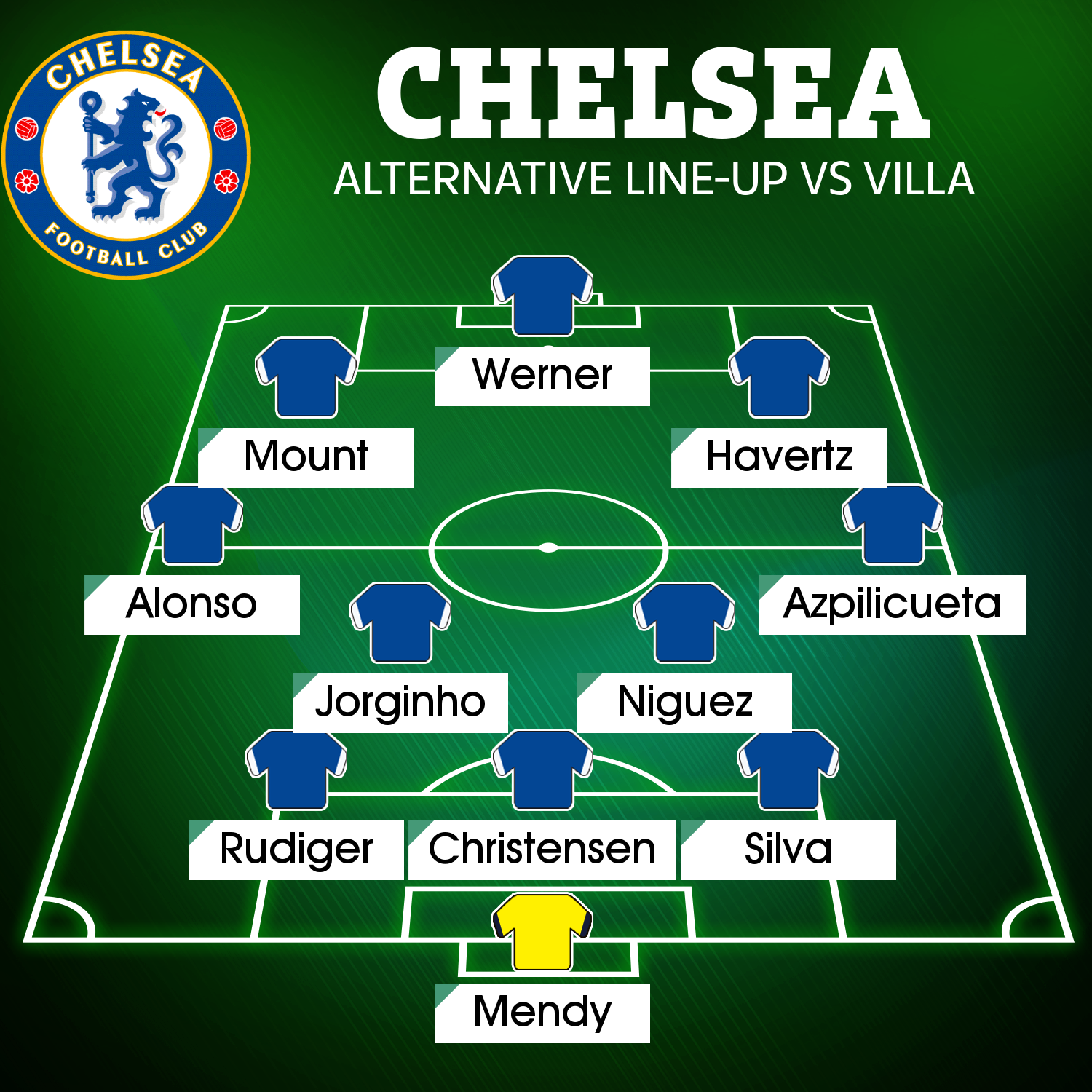 Marcos Alonso has been deployed at left wing-back, but several reports are claiming Ben Chilwell may get a run out against the Villans.

With Kante still out, Mateo Kovacic will likely be deployed in the middle alongside Jorginho.

Deadline day signing Saul Niguez is also an option but the Spain international will likely be on the bench.