The Three Lions smashed Andorra 5-0 to edge closer to qualifying for the 2022 World Cup. 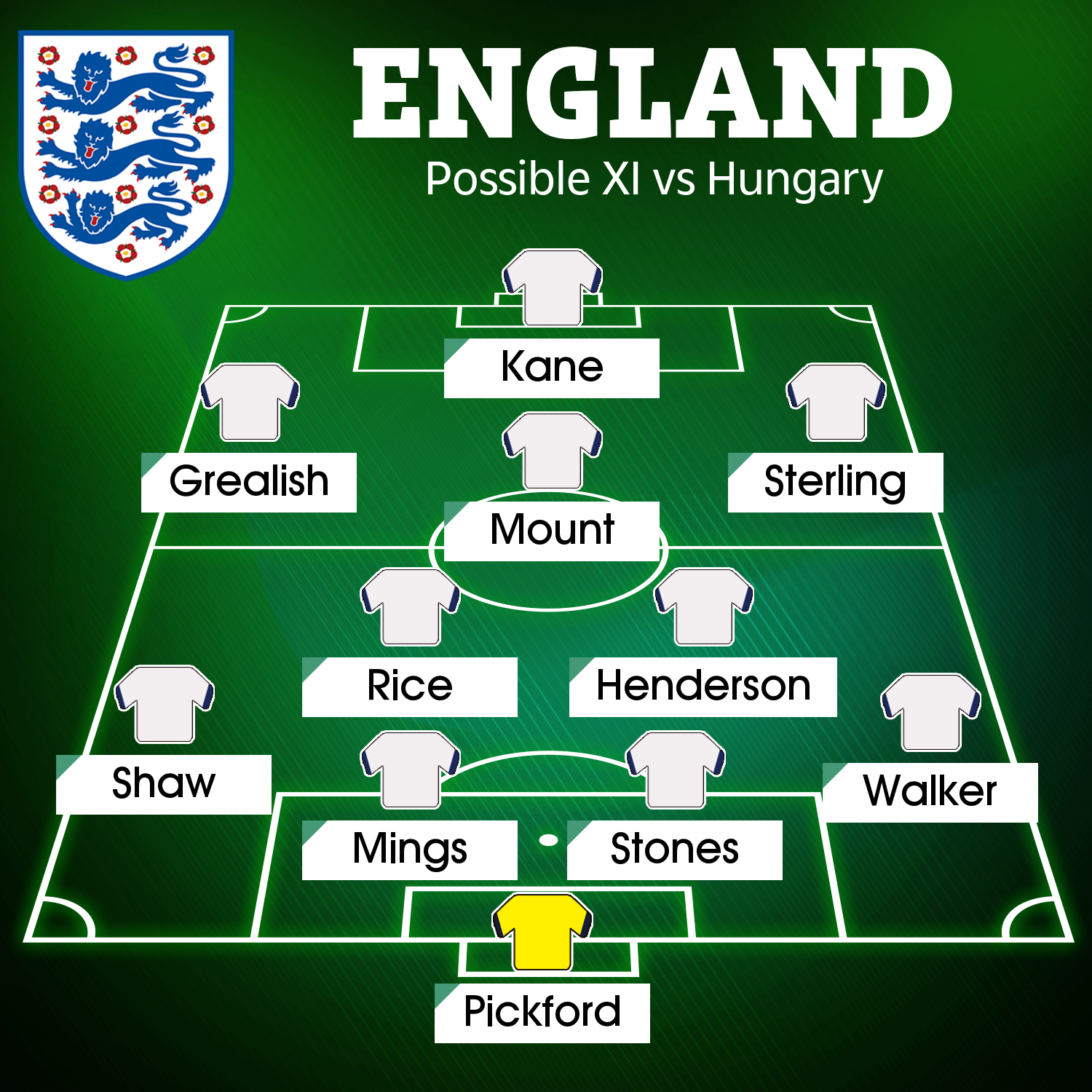 But Southgate knows he must likely win TWO of his remaining three games to secure qualification.

And with high-flying Albania still to come next month, the boss will want to grab all three points at home to Hungary.

England thumped the Hungarians 4-0 away last month with the match marred by sickening scenes of racism aimed at Raheem Sterling and Jude Bellingham.

Southgate is likely to recall his big guns having rested a number of them for the win on Andorra's plastic pitch.

In goal, Jordan Pickford is set to come in for Sam Johnstone despite his impressive midweek performance.

In the wide positions, Southgate will likely opt for Manchester City duo Sterling and Jack Grealish.

But with Sancho and Foden – albeit in a deeper, more central role – excelling against Andorra, they could well snatch a spot in the starting XI at Wembley.

Fortunately for Southgate, he knows whichever line up he picks should be good enough to beat Hungary, such is the strength in depth in the current squad.

Incredibly the Three Lions are so strong they should be able to manage without crocked stars such as Trent Alexander-Arnold, Reece James, Harry Maguire, Marcus Rashford and Kalvin Phillips.

Southgate even revealed he feels like he 'commits a crime' every time he picks a team, knowing he will have to bench an incredibly talented star or three. 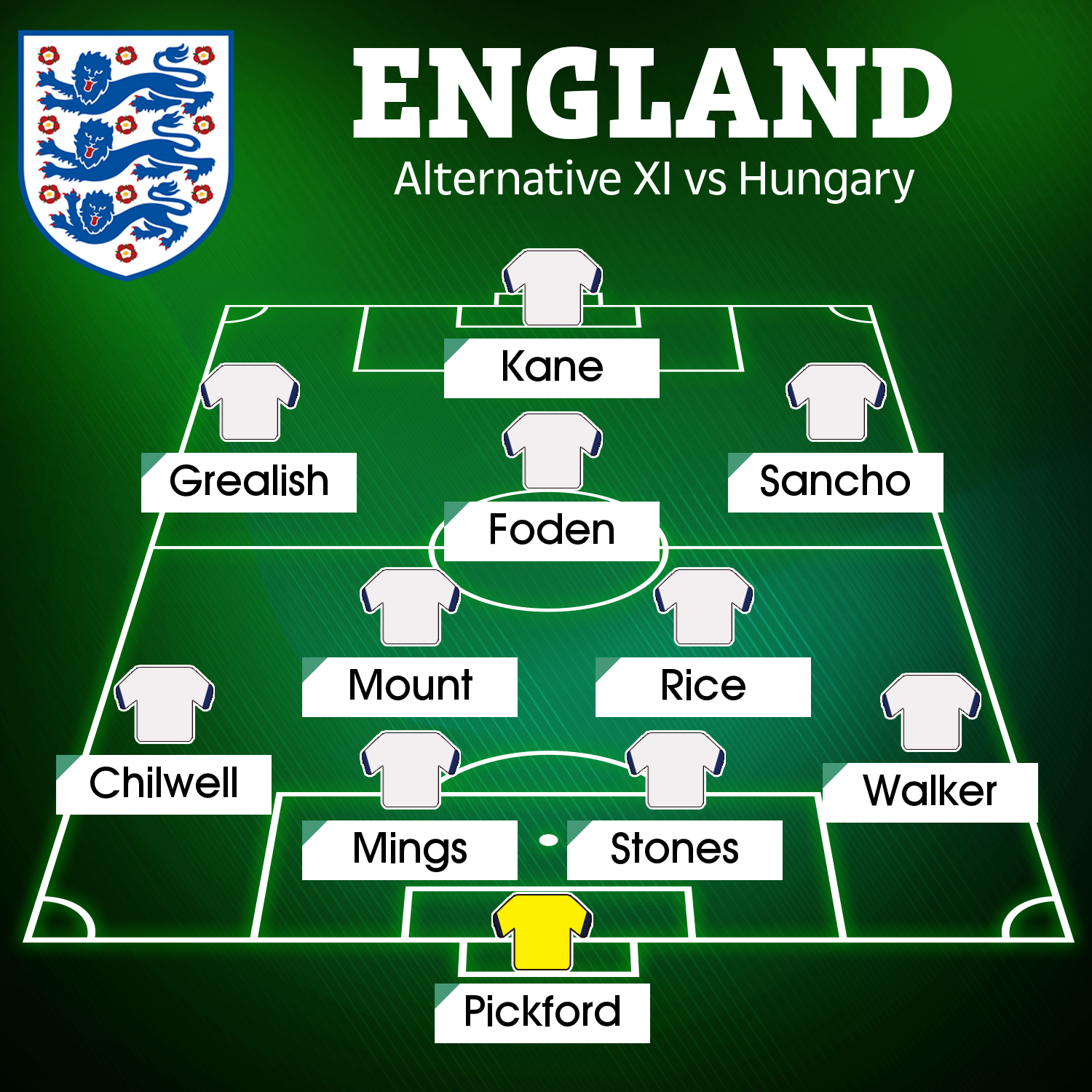 Ahead of the Hungary game, the England boss said: “I have a headache and commit a crime every time I pick a team.

"We have such strong competition for places.

"There were lots of players who did their own confidence and reputation the world of good the other day (against Andorra) and that is pleasing to see.

“There will be changes. We’ve got a very strong squad, and we want the squad to feel involved.

"It is important they know their value and can contribute."