SARINA WIEGMAN admitted she went a “little crazy” after England dug themselves out of a hole to beat Spain in a dramatic Euros encounter.

In a game that saw a pitch invader dragged away from Mary Earps’ goal, the Lionesses clinched an extra-time victory to reach the semis. 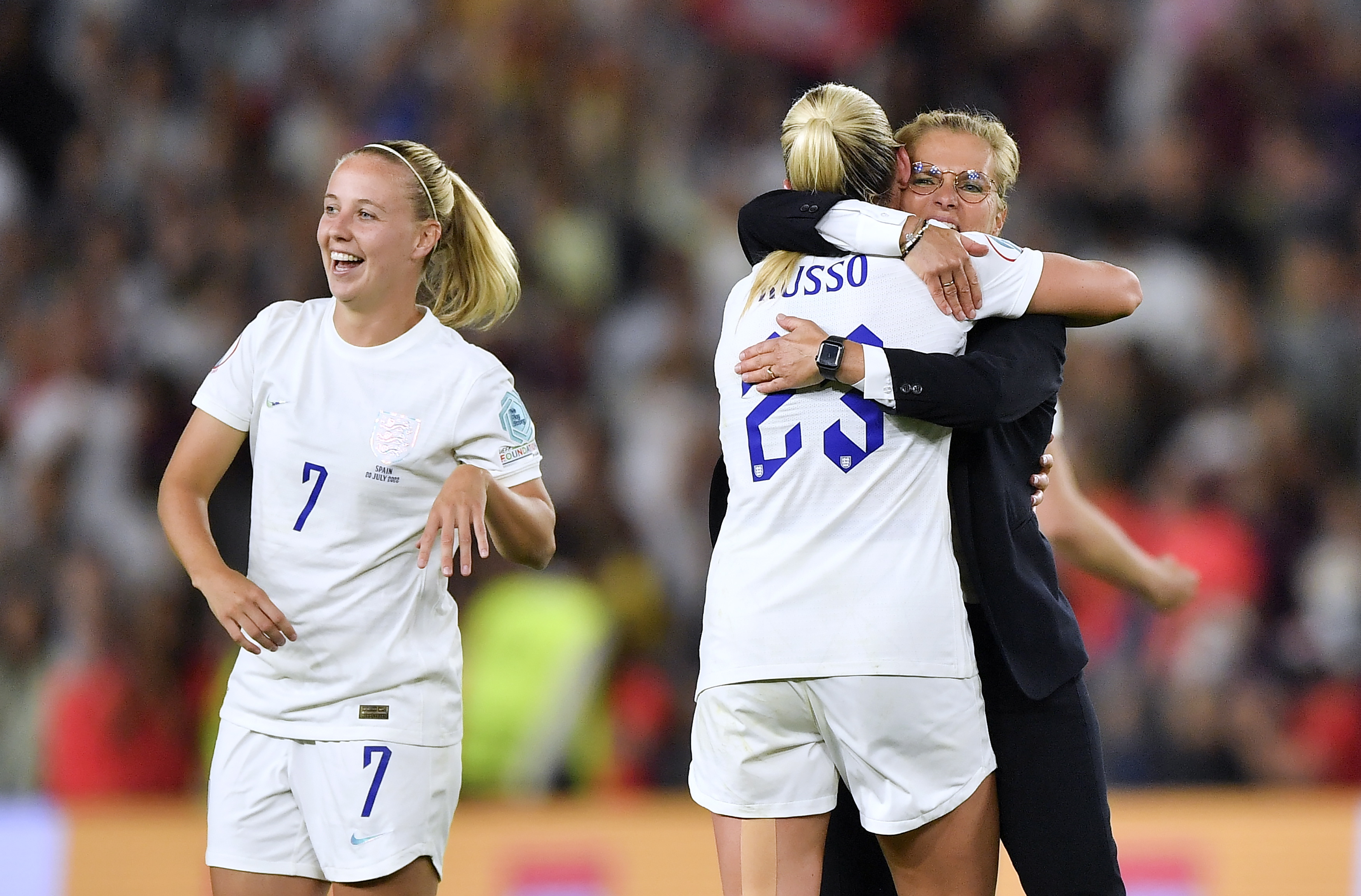 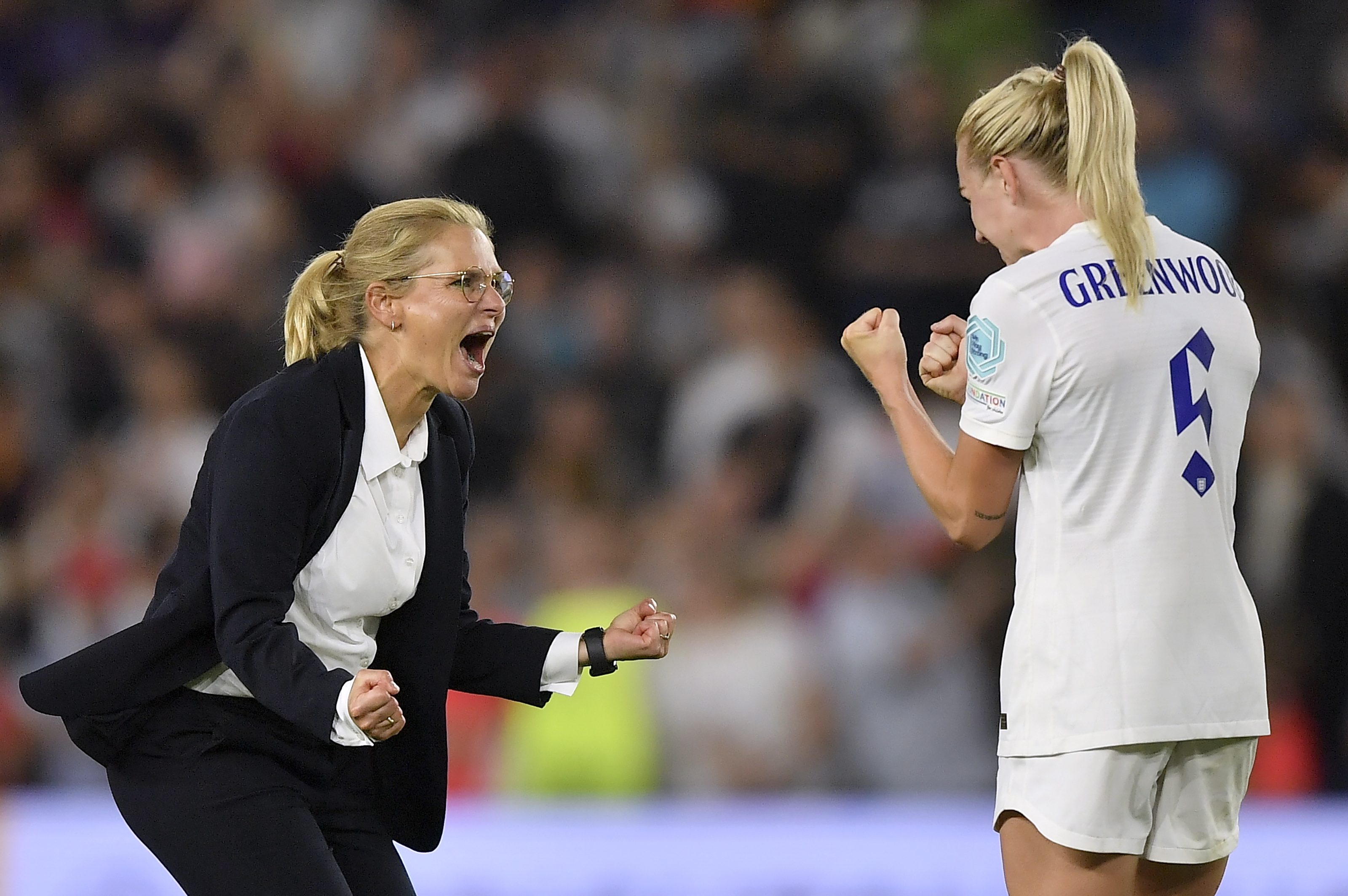 Wiegman’s tactical changes and timely substitutions saw the hosts overcome their toughest Euros challenge yet to seal a famous win.

And an elated Wiegman, usually cool and composed on the touchline, could be seen enthusiastically hugging her players as England moved one step closer to a dream Wembley final.

"I tried to stay calm, but it was so close, a game which could've gone either way. I was so happy that we won. 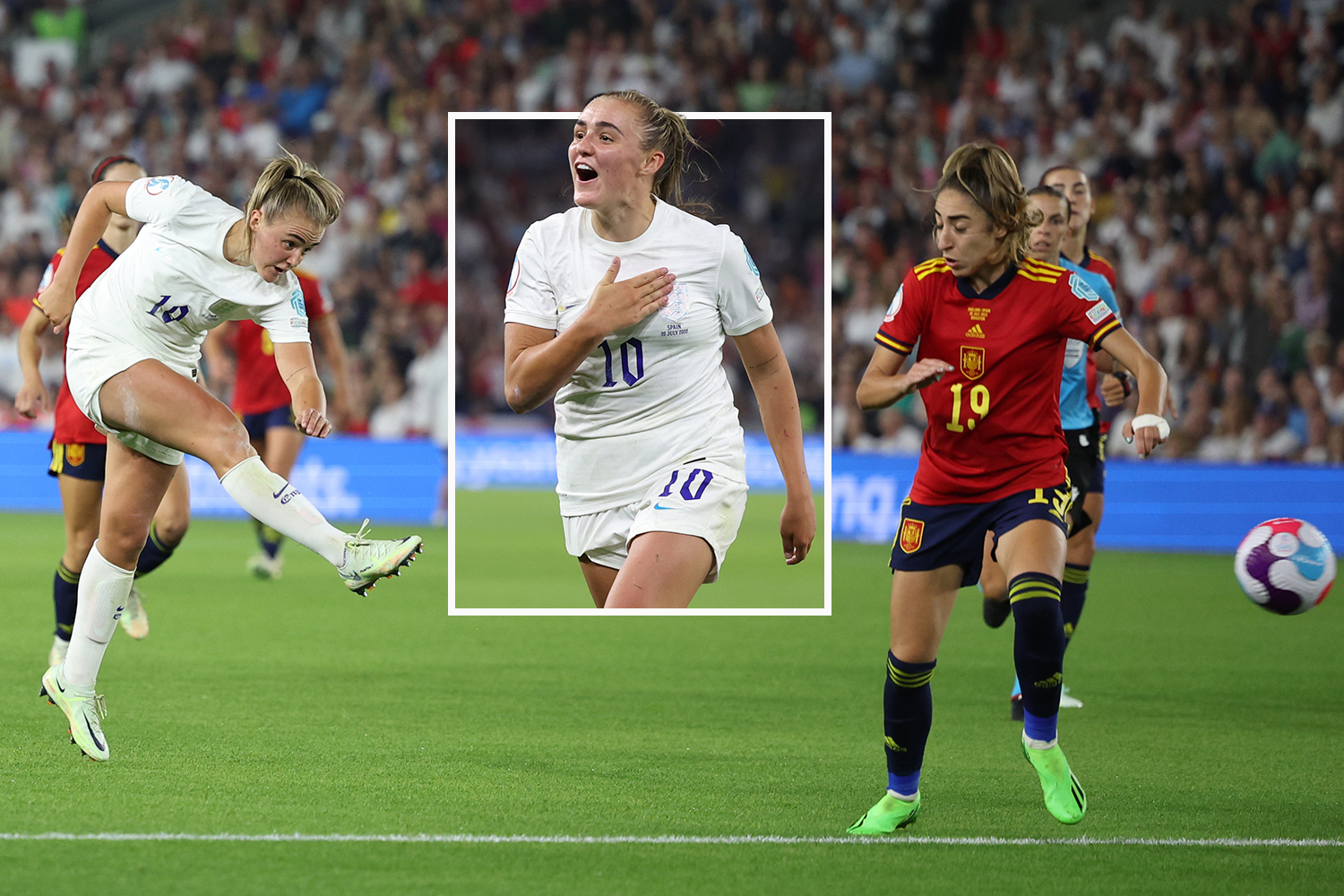 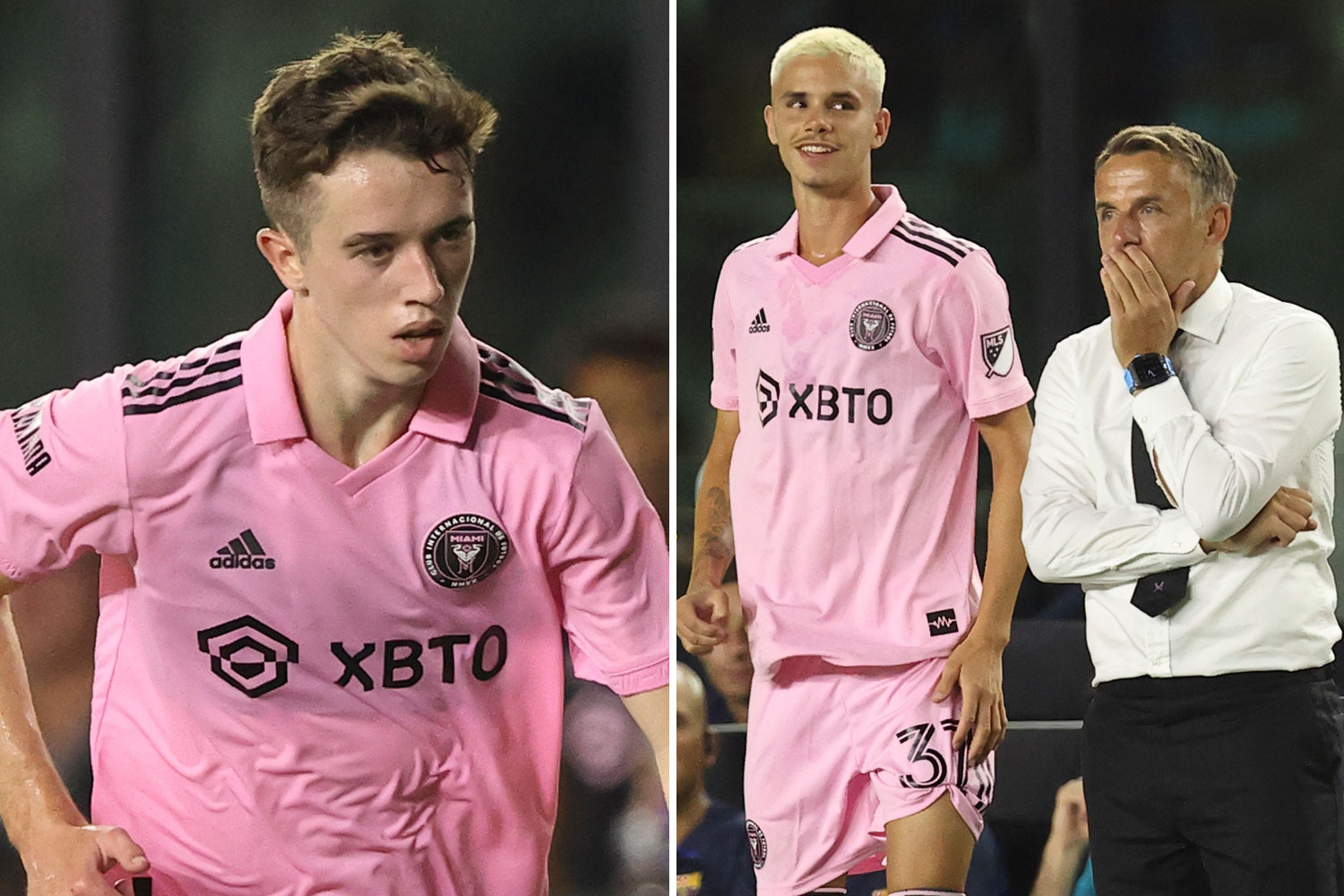 "We showed resilience, we showed we could come from behind.

"From the 80th minute, we changed shape and scored very quickly.

"In extra-time, at the moment we scored, we were a little better.

"For the fans in the stadium and watching on TV, it was an incredible game. 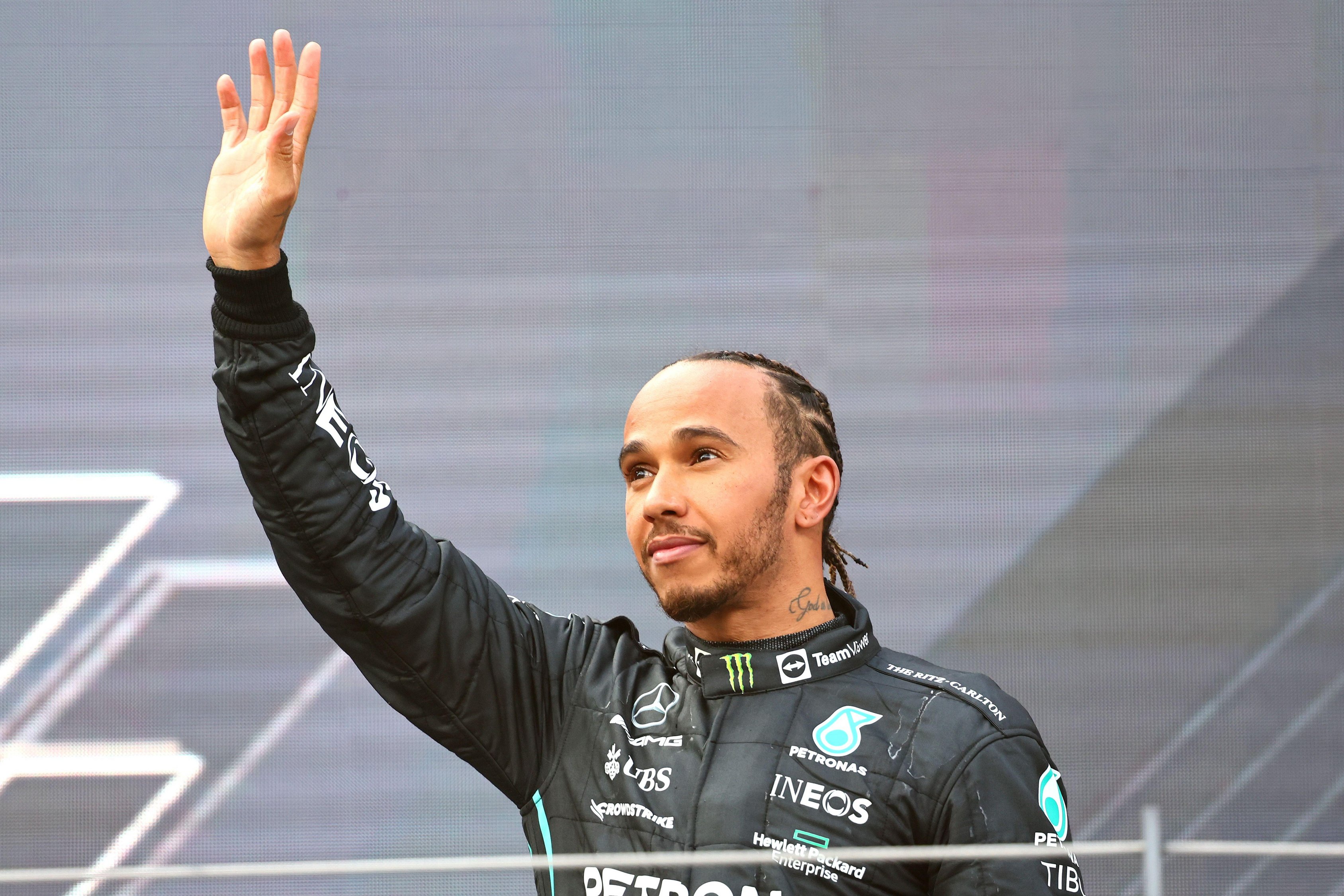 “The fans were so behind us. It was incredible to experience."

Among the second-half substitutions that turned the game on its head was the arrival of Chloe Kelly coming on for Beth Mead in the 58th minute.

And the introductions of Alessia Russo for Ellen White, shortly followed by Ella Toone coming on for Fran Kirby, proved a masterstroke.

The England aces – both Man United players – combined with deadly effect with Toone bagging a late leveller to dash Spain’s hopes of seeing their 1-0 lead.

And Georgia Stanway ended their rivals’ chances of progressing to the semis with a stunning extra-time strike.

Toone’s equaliser was her first goal in a major tournament with the forward among nine players representing England for the first time at a Euros. 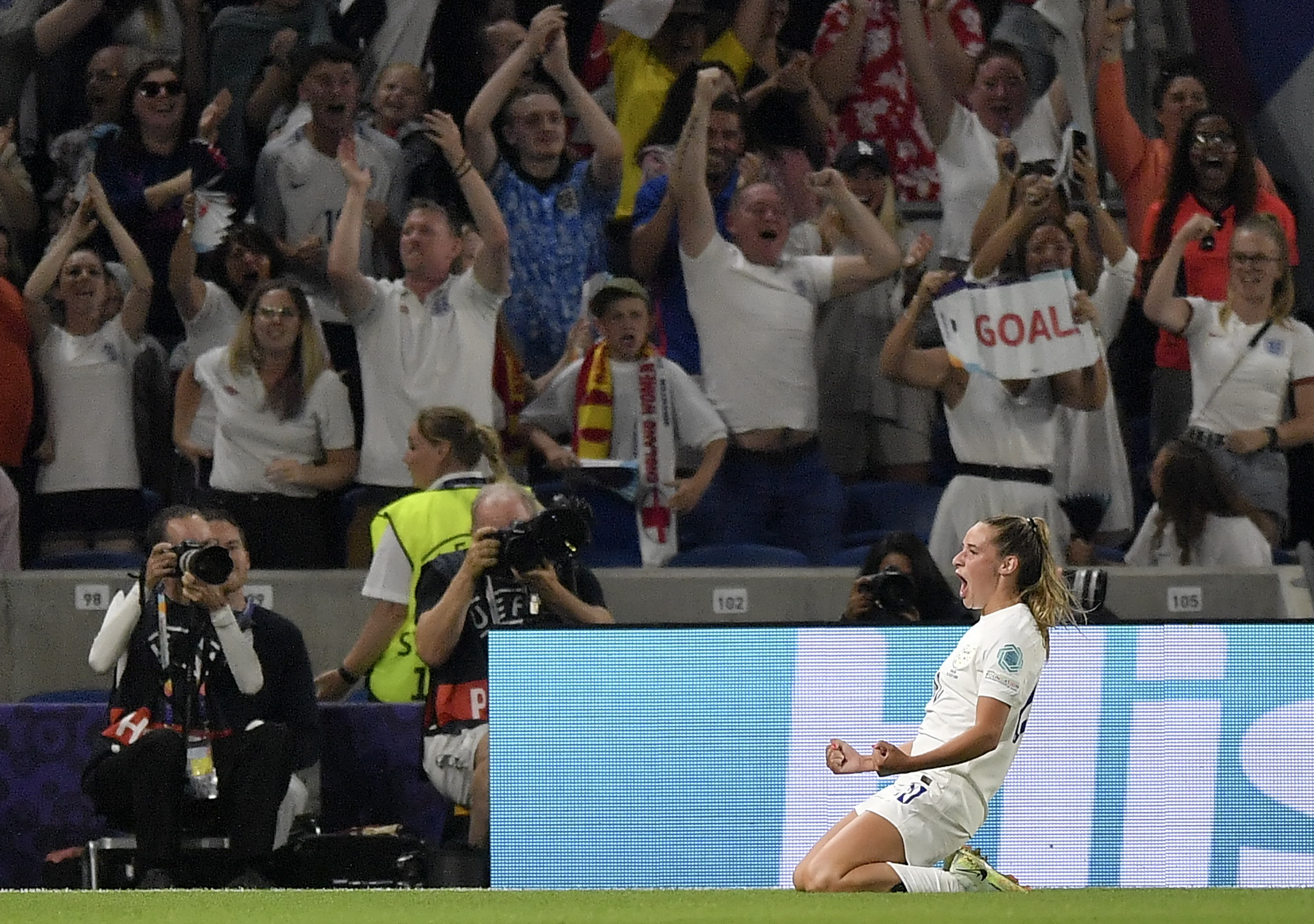 The Lioness, 22, whose team’s performance was watched by 7.6million TV viewers, said: “To score for England is amazing.

“To score in a major tournament is something else in front of our home fans.

“I wanted to celebrate with them and managed to get the little knee slide in there. It was better than I ever imagined it would be.”