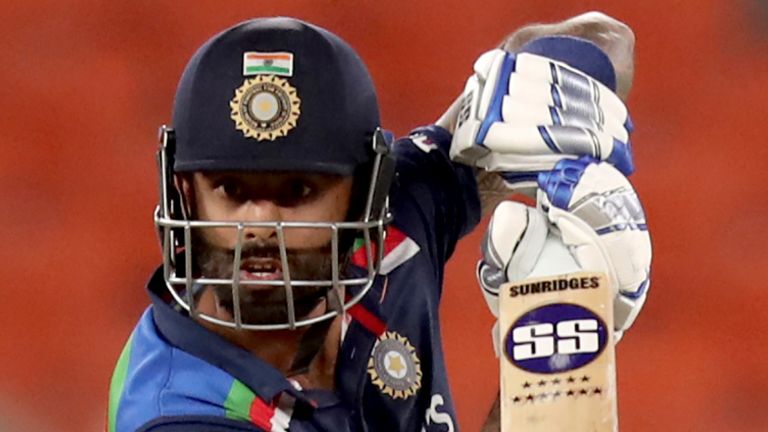 Suryakumar Yadav – who fired 57 in his maiden T20I knock on Thursday – has received a first call-up to the India ODI squad for their three-match series against England, which begins next week.

Fast bowler Prasidh Krishna and spin-bowling allrounder Krunal Pandya – the brother of Hardik – have also earned maiden call-ups to the 50-over squad.

Newly-wed Jasprit Bumrah has been rested for the series, while fellow fast bowler Mohammed Shami continues to recover from a wrist injury sustained in Australia in December.

Suryakumar made his international debut in the second T20I of India’s five-match series against England but wasn’t required to bat. The 30-year-old, called up after a fine run of form with 2020 IPL champions Mumbai Indians, then struck an impressive 57 from 31 balls, batting at No 3, in India’s eight-run win in the fourth T20I to tie the series at 2-2. 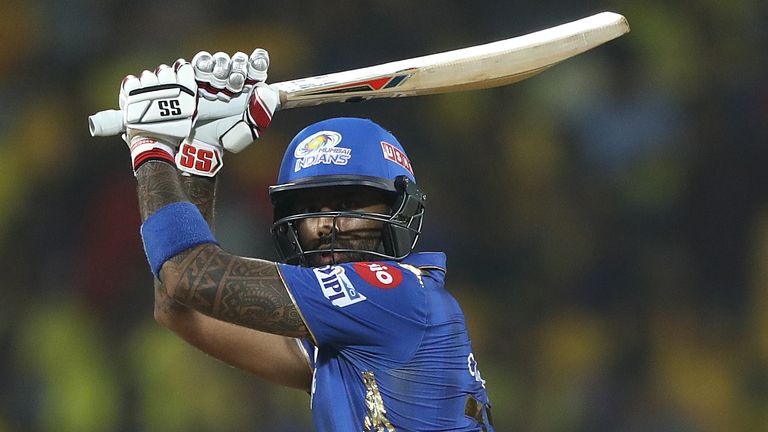 Pace bowler Krishna has similarly impressed in the IPL, with Kolkata Knight Riders, to earn himself a first call-up, while Krunal – who has played in 18 T20 internationals – is also eyeing up a debut in the 50-over format.

KL Rahul and Rishabh Pant have been selected as the two wicketkeepers in the Indian squad. Pune hosts all three matches in the series, with the first to be played on Tuesday, live on Sky Sports Cricket from 7.30am.