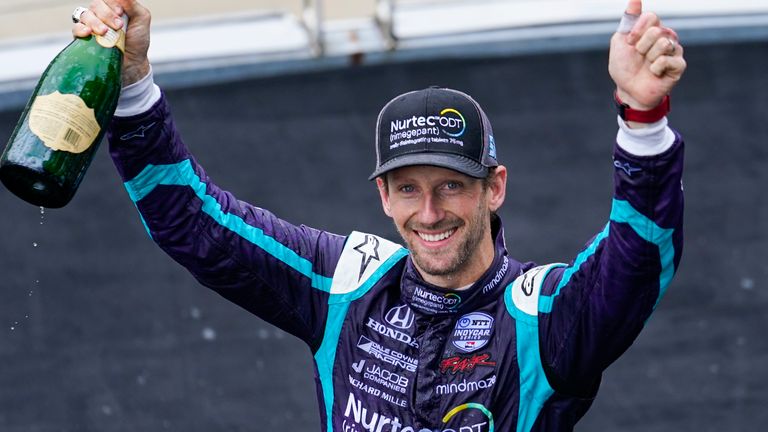 After the drama of Month of May, which culminated in an emotional record-equalling fourth Indianapolis 500 win for Helio Castroneves, the IndyCar season heads to Detroit for a key double-header weekend.

Races seven and eight of a hugely-competitive campaign see cars return to the streets of Belle Isle for the first time since 2019 for qualifying and races on both Saturday and Sunday, live on Sky Sports F1.

The 2.35-mile temporary track had staged a double-header every year since 2012 before the Covid-19 pandemic forced the cancellation of last year’s race, but Detroit returns for 2021 with a 25-driver field.

The entry list includes Romain Grosjean, returning to action for the latest road event after taking pole position and finishing second in his previous appearance at the Indy GP.

Grosjean had only initially signed up to race in the road/street events during his rookie season but, after watching the Indy 500 at home in Switzerland, will now compete on an oval for the first time at the World Wide Technology Raceway event in August.

Time to go to Detroit
Had a great time staying at the @IMS #r8g #us2021 #indycar pic.twitter.com/R7LMONG7C3

“The first step, it is strange to be home watching it and not being part, knowing your friends are doing it,” Grosjean told the Associated Press about the Indy 500.

“So we’ll see what the situation is and then family-wise what do we think of doing. Initially I said I did not want to do ovals, now I would like to try one and then see if I want to do more.” 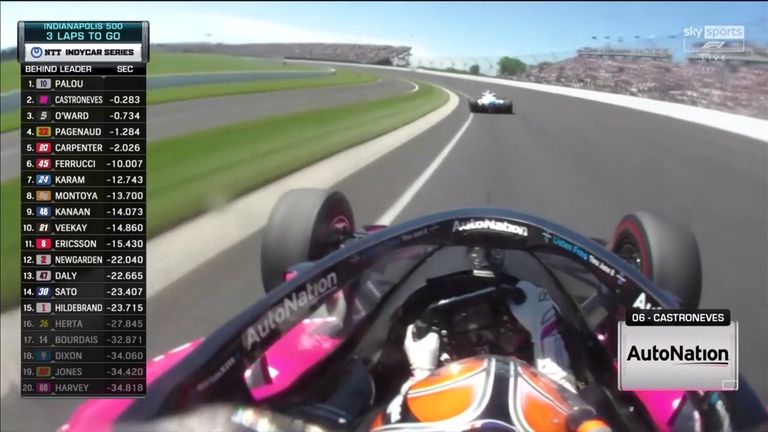 There have been six different winners in the season’s opening six rounds and Chip Ganassi’s Alex Palou leads the standings from reigning champion Scott Dixon after finishing second to Castroneves at the Brickyard.

But Palou carries a six-place grid penalty to Detroit after an engine change during the course of the Indy weekend.

Arrow McLaren SP’s Pato O’Ward is third in the standings after a strong start to his second campaign at the team, 37 points adrift of Palou.

The Dual in Detroit: When to watch live on Sky F1