That's according to bookmakers Betfair AND the player's agent Jonathan Barnett. 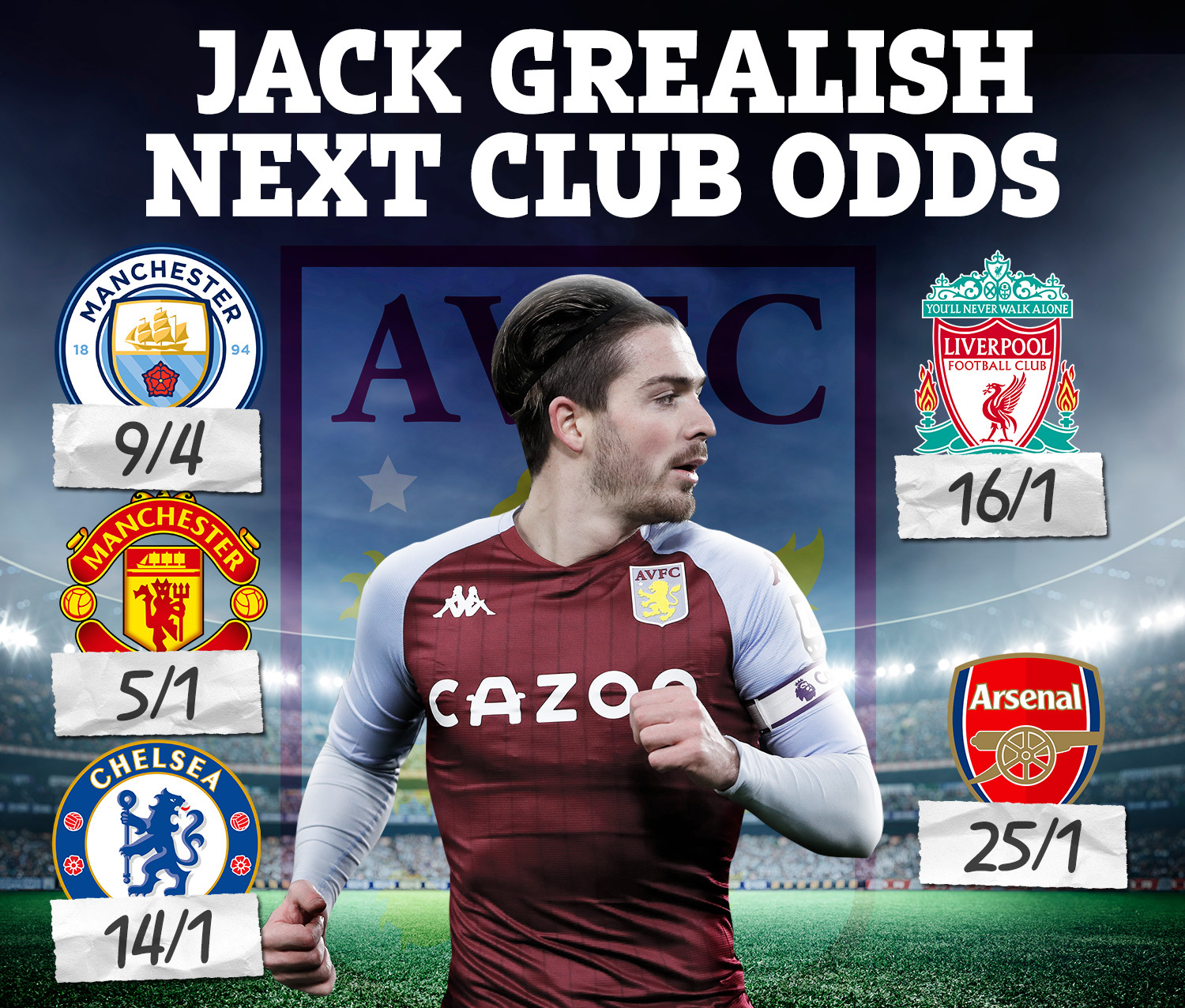 The Red Devils have long been tipped to complete a deal for the talented 25-year-old.

However, with the Dutchman struggling to adapt – talk of another raid for Grealish has resurfaced as the club seek an injection of creativity.

United were considered the leading contenders to sign Grealish for several months, but that's no longer the case says Barnett.

He told SNTV: "The truth is we don't know [what will happen this summer].

"There are many clubs [showing interest] and I wouldn't put Manchester United at the top of that [list].

"But he could stay [at Villa Park].

"He could stay as well so it's a conversation the club, Aston Villa, will have with Jack and ourselves then we'll see where we go."

Bookmakers Betfair have responded by altering United's odds of signing Grealish to 5/1.

The 13-time Premier League champions are now trailing their neighbours and champions-elect Manchester City, who lead the betting market at 9/4.

Football Insider recently claimed that the 'foundations' are being laid for Grealish's arrival at the Etihad Stadium.

They claim winning the Champions League later this month would give them the financial boost needed to complete a deal.

Furthermore, it's thought Pep Guardiola would even be prepared to sell Raheem Sterling to finance a move.

Away from the market leaders comes Chelsea at a distant 14/1 with Liverpool further back at 16s.

Arsenal are the outsiders of the five-runner field at 25/1.

There's no price on Grealish remaining a Villan, but in another recent interview agent Barnett said his client remains loyal to his boyhood club, where he is contracted until 2025.

He told Sky Sports: "He loves Villa, but I think we just have to wait to see how things pan out.

"At the moment he is a Villa player and he has had no thoughts about anything else.

"We have to do what is best for Jack and for everybody else."