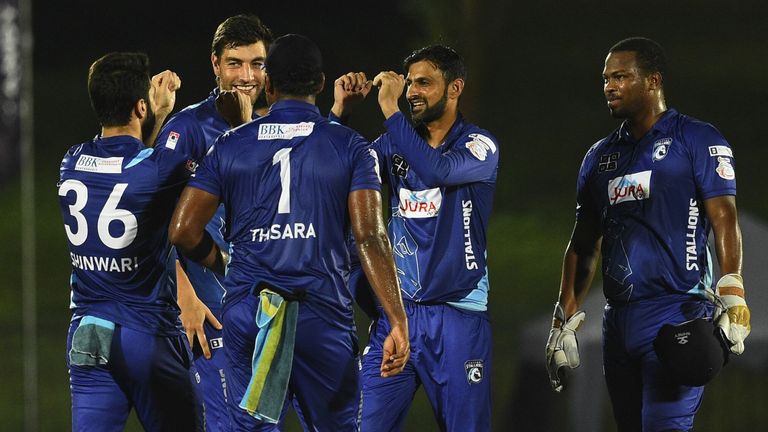 Jaffna Stallions have won the inaugural Lanka Premier League after recording a comprehensive 53-run win over Galle Gladiators in the final.

The experienced Shoaib Malik played a starting role for the side from northern Sri Lanka, thumping 46 from 35 balls with the bat as the Stallions posted 188-6 and then claimed 2-13 with the ball.

Stallions captain Thisara Perera blitzed an explosive 39 not out from 14 balls to boost his side’s total and when Suranga Lakmal had Ahsan Ali caught behind, Galle were left reeling at 7-3 in the second over.

Skipper Bhanuka Rajapaksa hammered 40 from 17 and Azam Khan added a quickfire 36 from 17 to breathe life into Gladiators chase but it was short lived and when the latter departed, they were 110-7.

They eventually hobbled to 135-9 with the result beyond doubt long before Malik sent down the final ball, after which the Jaffna celebrations could really begin.

Having won the toss, Jaffna opted to bat first and got off to a flying start with a flurry of boundaries from the bat of Johnson Charles before Avishka Fernando got up and running with a six beautifully flicked over deep midwicket.

Charles (26 from 15) fell to Dhananjaya Lakshan in the fifth over after a superb diving catch at long on from Danushka Gunathilaka but it did little to stop the flow of runs.

Galle needed a wicket and what a way to get it! Johnson Charles is gone after a stunning catch at long on from Gunathilaka – remarkable! 🔥

Jaffna were eventually slowed a little when Avishka (27 from 23) and Charith Asalanka (10 from nine) fell in successive overs but 38-year-old Pakistan international Malik got the Stallions back on track, adding 69 for the fourth wicket with Dhananjaya de Silva (33 from 20).

Lakshan (3-36) came back to break the stand, removing the set batsmen in successive overs but Perera bludgeoned five fours and two sixes in his 14 balls to take Jaffna up to a highly competitive total.

It looked more than that 10 balls into the Galle reply with Hazratullah Zazai falling to Dhanajaya second ball, Ahsan dismissed by Lakmal in the next over and the Gladiators danger man Gunathilaka run out in near-comical circumstances in between.

Rajapaksa tried to hit Galle out of trouble and had some success in doing, hitting three fours and four sixes in a blistering knock, but the impact was lessened with Shehan Jayasuriya (15 from 25) struggling at the other end. The pair’s contrasting knocks came to an end within nine balls of each, Rajapaksa caught off Malik and Jayasuriya undone by Usman Shinwari. 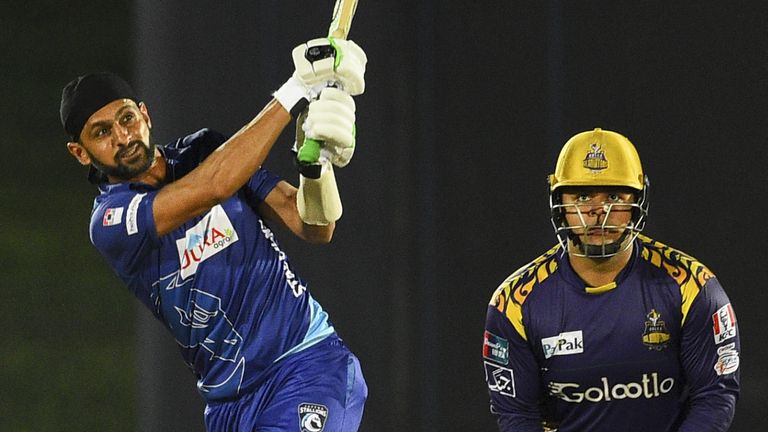 Azam took over where his captain had left off but having smashed two sixes in a row off South Africa Duanne Olivier (1-25), he holed out going for a third.

Mohammad Amir fell first ball and Malik removed Sahan Arachchige to continue his fine all-round performance before, with the game already lost, Galle decided to bat out their overs.

That denied Jaffna a wicket to win the match but the smile on the face of captain Perera during the final moments showed how little he cared about that, getting their hands on the trophy was more than enough for Jaffna.