YOUTUBER Jake Paul has trolled UFC legend Daniel Cormier by tweeting a picture of him crying during a fight.

The 24-year-old shared the image after Cormier tipped Ben Askren to win their upcoming bout. 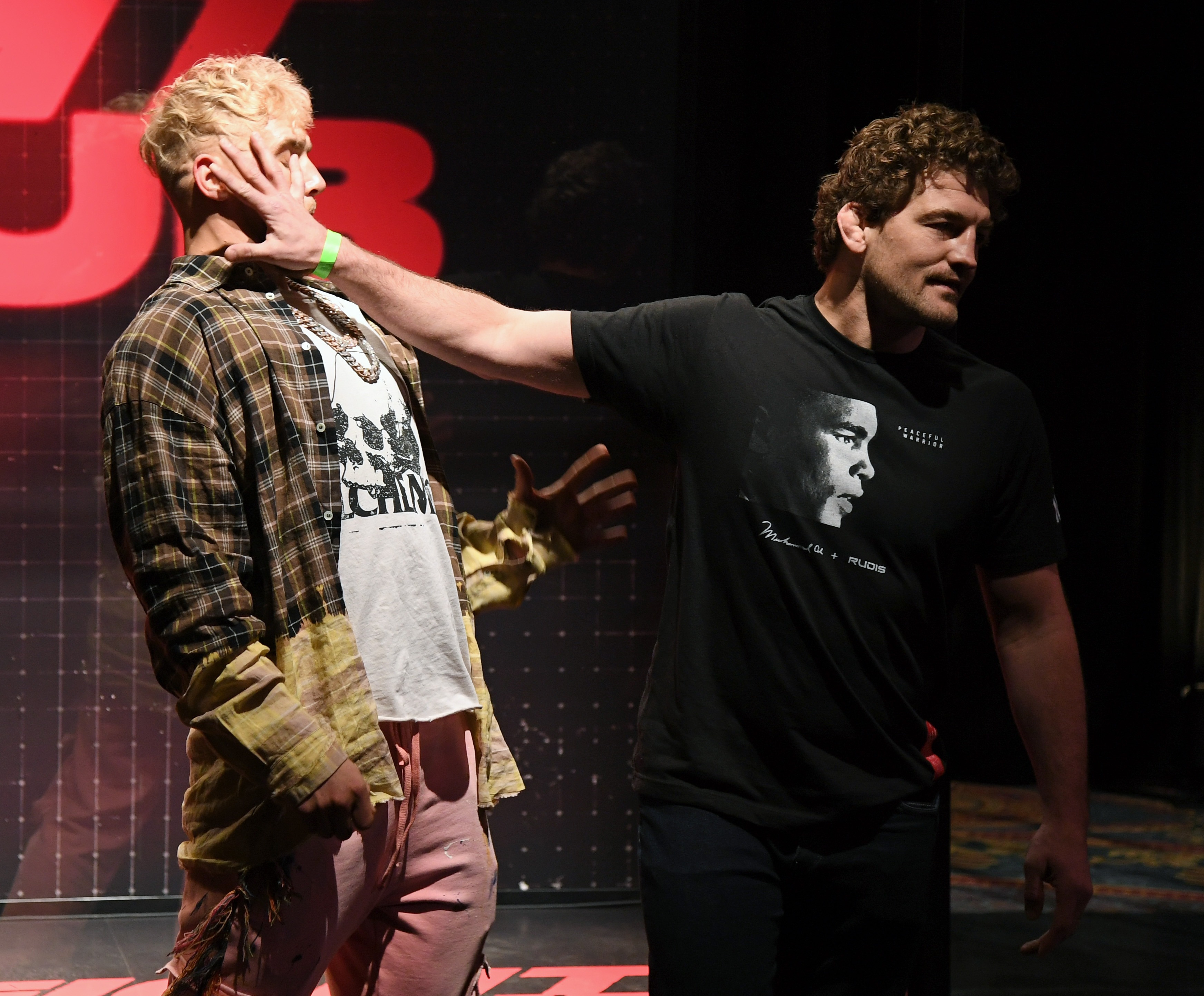 Paul and Askren had an altercation at a recent press conference, with the latter gently facepalming the former.

The YouTuber responded with a soft jab to Askren's midriff and a slight push.

Cormier was not impressed with Paul's response, tweeting:"I just saw Jake Paul reaction to Ben Askren palming his face and I am now convinced that Ben wins.

"He looked like he wanted to throw a punch and then settled on slapping his a**? Ben smashes this dude."

Paul was quick to respond to the former UFC star, tweeting the teary image.

He faces retired UFC welterweight Askren on April 17, at the Mercedes-Benz Stadium in Atlanta.

Although Cormier doesn't have much faith in Paul, recording artist Snoop Dogg does – making a $2million bet with UFC boss Dana White.

Askren, 36, has enjoyed a long career in MMA and wrestling but will make his professional boxing debut against Paul.

He could face Tommy Fury in his next fight, with Fury's cousin backing the Love Island star to win.