The exciting young talent became a dad just over two weeks ago and gently cradled his newborn during an interview on Tuesday. 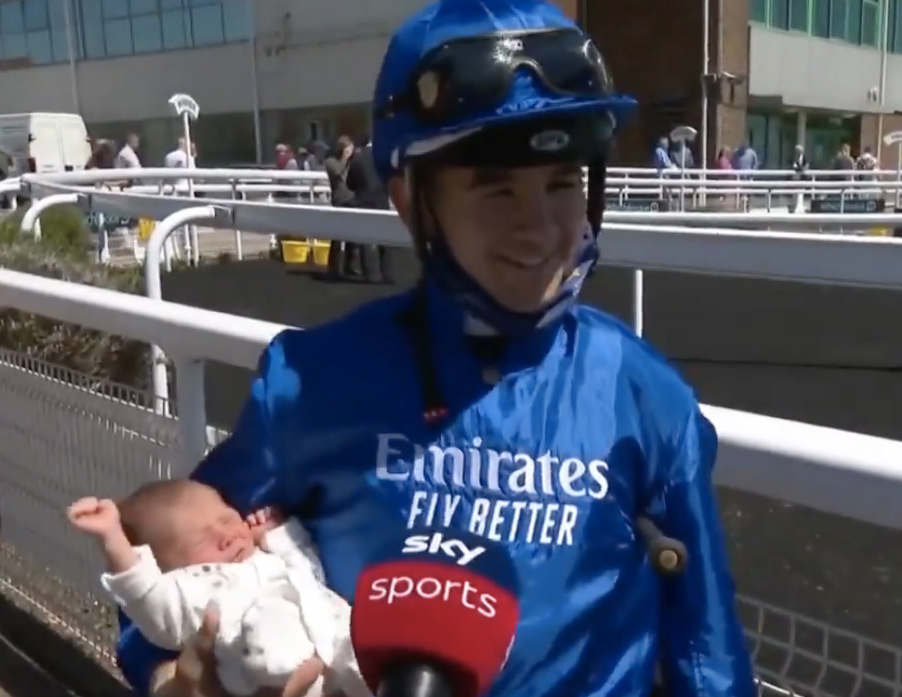 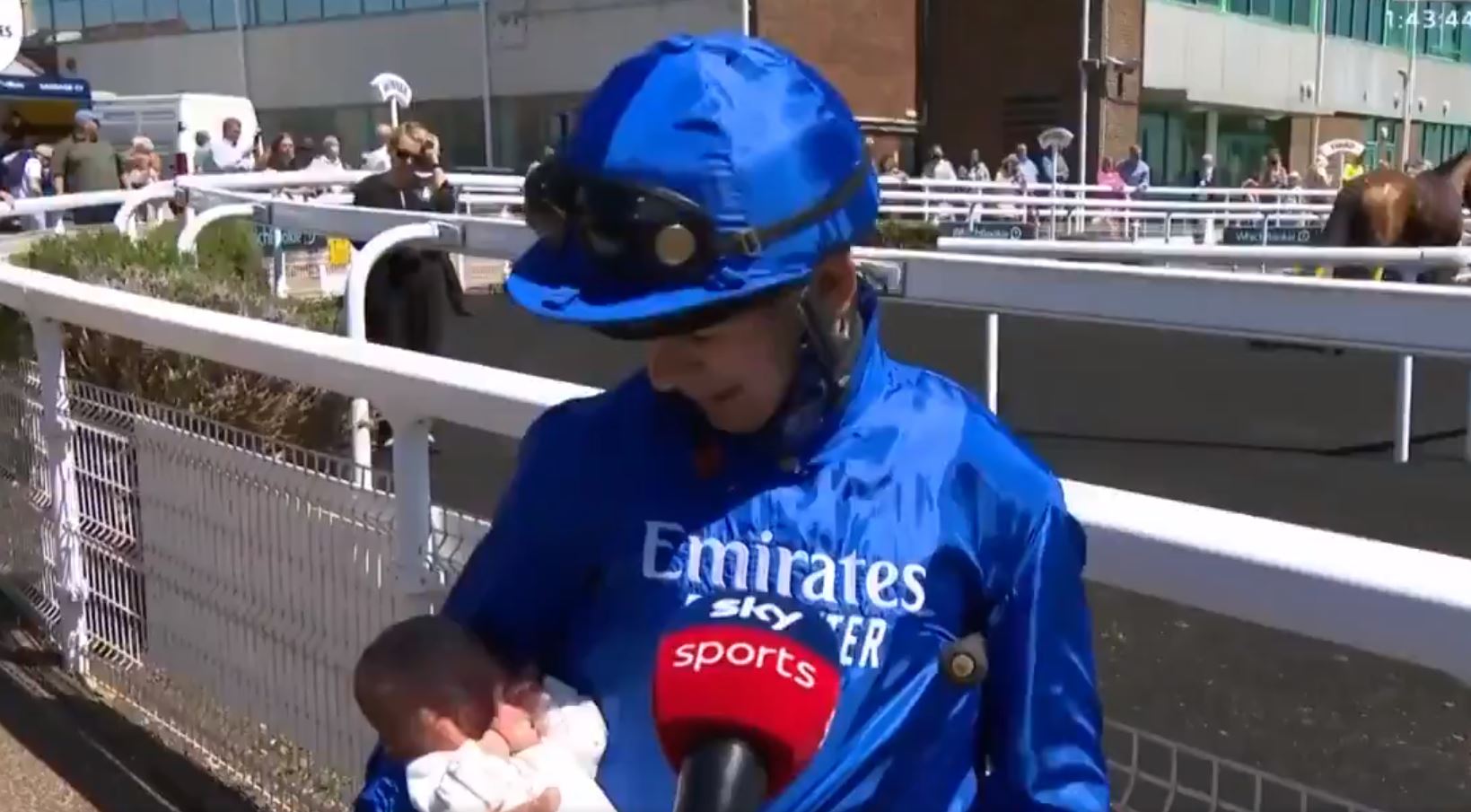 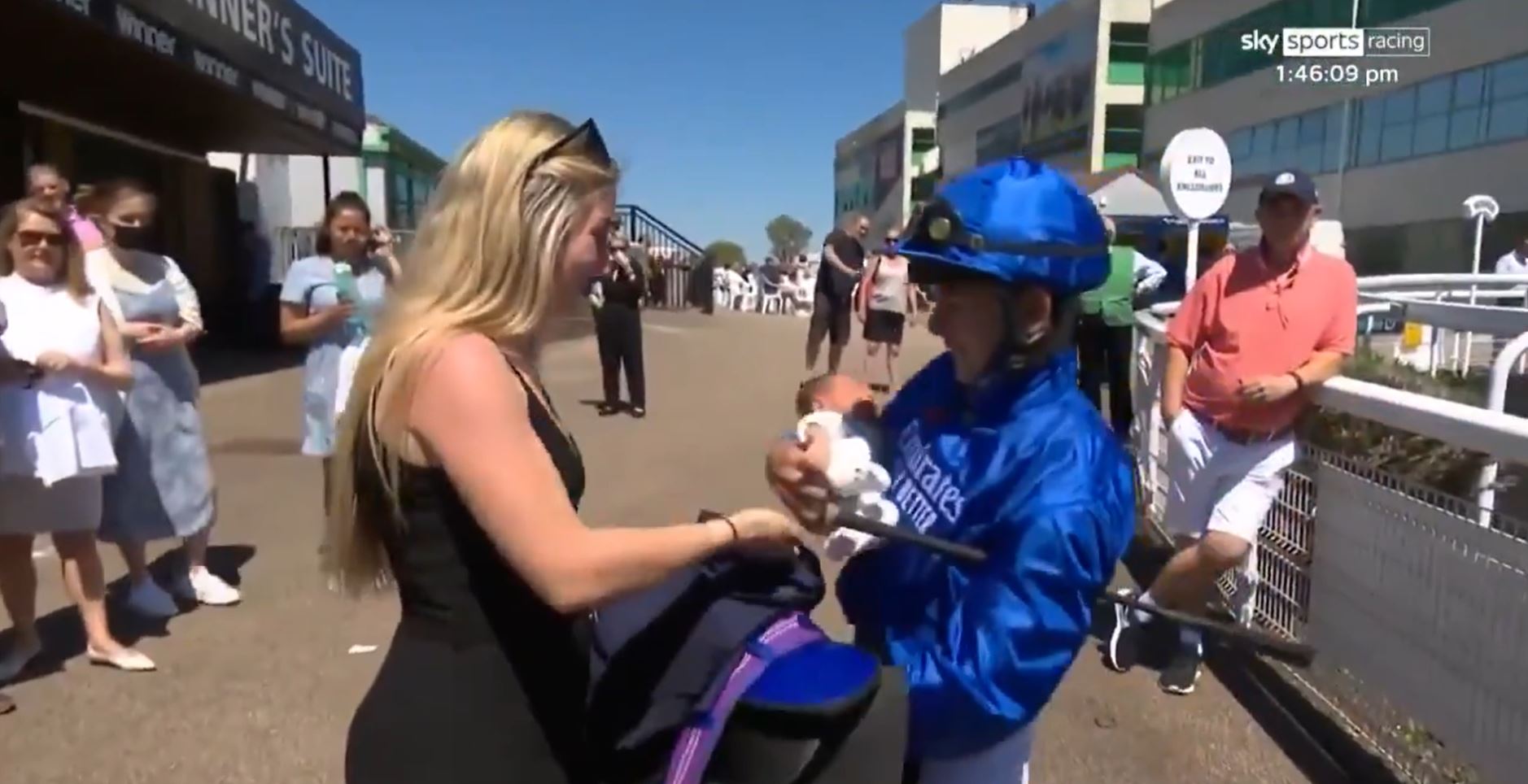 Ghiani, 22, had just won on 100-30 shot Arabic Charm when he stopped for a chat with Matt Chapman.

But the topic of conversation swiftly went from racing to the tiny baby, as Ghiani spoke of how being happy in his life off the racetrack had contributed to success on it.

Ghiani: "I am happy personally. Louis is just 15 days old. I am really proud.

"I am doing everything for him as well now."

Asked by Chappers if the little man had shown a talent for racing yet, Ghiani joked: "Yeah, he's coming racing now!"

Sky Sports cameras showed Ghiani handing Louis back to partner Brooke Brown, before then riding a winner in the very next race.

Fans were loving seeing the tiny toddler out with his dad.

One commented: "How brilliant is this?"

While another punter said: "This is so sweet."

Louis must have proved the ultimate good luck charm as his old man triumphed on 11-10 Far Hope just 35 minutes later.

That was another high point on a successful day's racing for the Italian, who also came second on Dawn View and third on The Jean Genie in following races.

Ghiani has been in a rich vein of form with the turf season really taking off in the summer months.

He has recorded an impressive 39 winners this year, at the time of writing, and earned a hefty in £248,136 in prize money.