ANTHONY JOSHUA and Tyson Fury must emerge unscathed in their upcoming fights if they wish to finally set up a domestic dust-up.

The pair came close to agreeing terms over an undisputed heavyweight title showdown for August 14 in Saudi Arabia, only for the blockbuster bout to fall through. 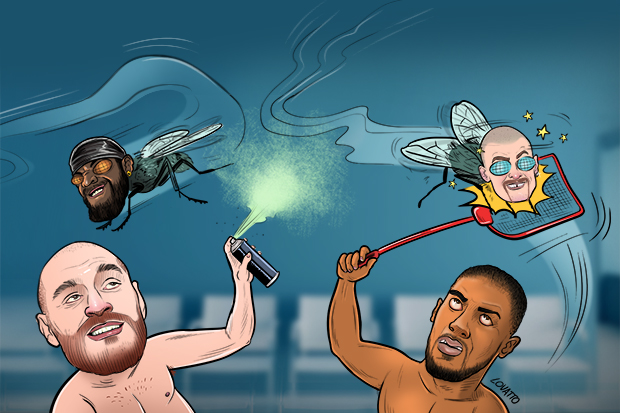 WBC champion Tyson Fury was ordered to fight Deontay Wilder for a third time by a US judge following an arbitration.

The two London 2012 gold medallists meet inside the centre of the ring on Saturday night at the Tottenham Hotspur Stadium.

Should they both win, then a mouthwatering double-header between Fury and Joshua could happen in 2022.

But it all depends on the next fight, as if Joshua loses to Usyk, he would invoke a rematch clause to battle the unbeaten Ukrainian again.

This would then push back a bout against Fury to at least six months, while the Gypsy King could fight Wilder for a fourth time should he suffer an unexpected defeat.

And if just one of Fury and Joshua loses, then it is unlikely the other will wait around for the outcome of the rematch and will look to target others instead.

Desperate fans fear that the boxers will never come to blows in what would be one of the biggest travesties in the sport.

Ahead of AJ's clash against Usyk, Fury has declared he is cheering on his compatriot in his bid to secure the £200million fight.

He said: "I watch all the boxing fights, every single one that happens I watch so of course I'm going to watch a heavyweight championship fight, for sure.

"Do I want him to win? Definitely. Because it doesn't make much sense in me beating Usyk up.

"I'd much prefer to beat Joshua up, it's a bigger fight and people want to see it more."

Before adding: "If Usyk does win then he will cost us a few quid."

It's simple. If Joshua and Fury both win next then there is no excuse for them not to agree terms on a bout.

Lose, and fans could be robbed of potentially the greatest ever fight.