‘In F1, all cars get Pirelli tyres but Mercedes are the best – Why? It’s the engine… the person’: Eliud Kipchoge hits back to insist his two-hour marathon Nike trainers ARE fair despite the plans to ban them

Eliud Kipchoge remains defiant that the controversial Nike shoes that he ran his sub-two-hour marathon in are ‘fair’, claiming the sport should get on board with technological advances.

Nike’s range of Vaporfly shoes are under intense review from a panel of experts at World Athletics after they sparked the biggest mass drop in road race running times in history.

Kenya’s Brigid Kosgei smashed Paula Redcliffe’s marathon record in Chicago, recording a time of 2hr 14min 4sec while wearing the Nike Vaporfly – which are set to be banned. There is no decision yet on whether her landmark time will be allowed to stand. 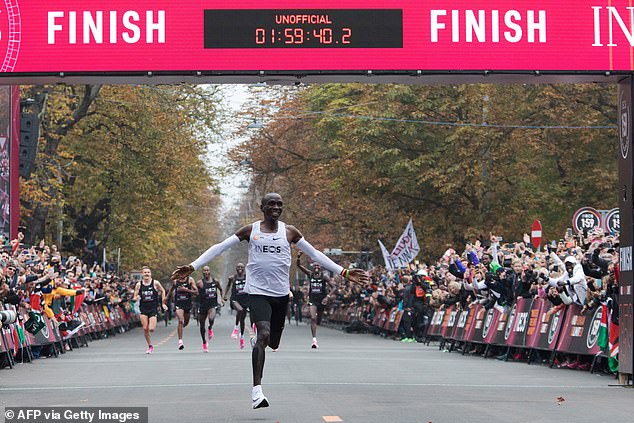 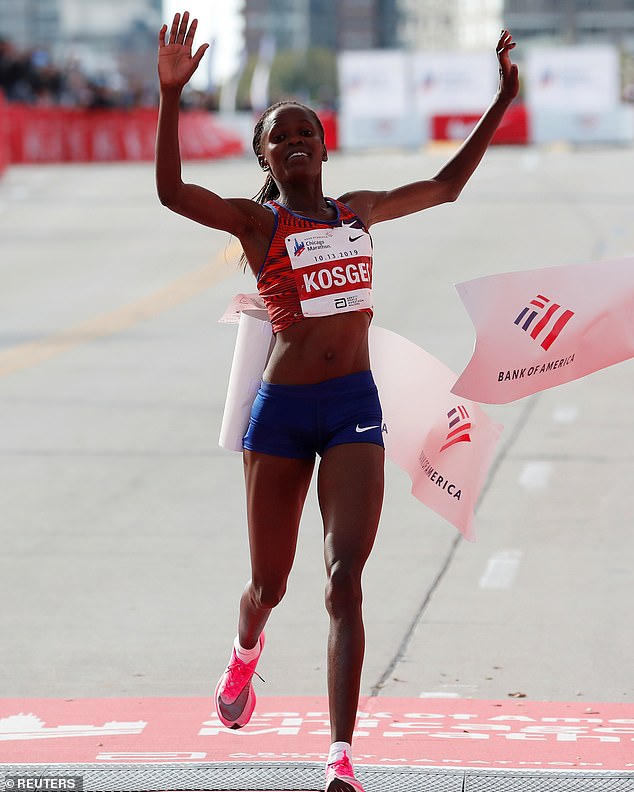 It is also understood shoes which sources at World Athletics believe to be a hybrid of the Vaporfly — and in which Kipchoge ran an unofficial sub-two-hour marathon in Vienna last year — will also be outlawed.

The contentious issue is the foam and carbon-fibre composition of the sole, which acts like a spring to help runners get the most forward push from each stride.

A technical body looking into the Nike shoes are set to deliver their findings at the end of this month.

But on Wednesday, Kipchoge has since defended the trainers by claiming there is no need for greater regulation as marathon times are down to the athlete running the race.

‘They are fair,’ the Kenyan told the Telegraph. ‘I trained hard. Technology is growing and we can’t deny it – we must go with technology. 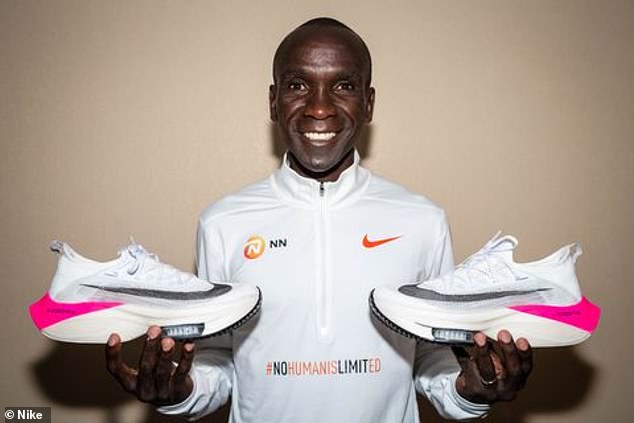 ‘In Formula 1, Pirelli issues the tyres to all the cars but Mercedes are the best one. Why? It’s the engine. It’s the person.

A moratorium is being considered by World Athletics, which may see records stand despite likely bans for the shoes.

Also set to be outlawed are the revolutionary running spikes developed for sprinters. These have sparked fears that inferior athletes at this year’s Tokyo Olympics will break Usain Bolt’s 100metres best of 9.58sec.

The shoes worn by Laura Muir to set a British record for the women’s indoor mile (4min 18.75sec) in Glasgow last year are also likely to be axed. 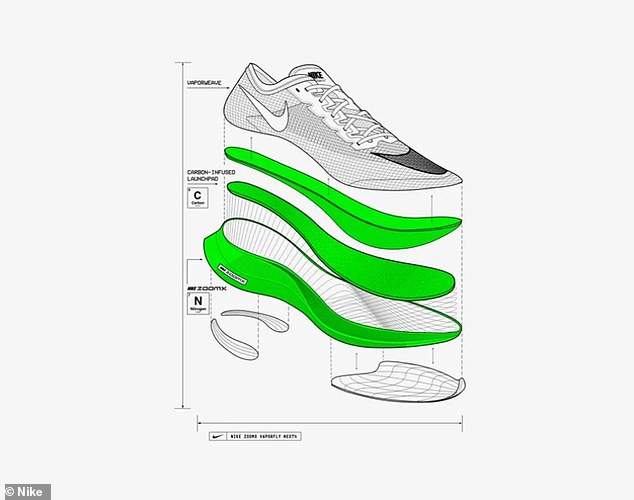 The development comes amid increasing pressure on World Athletics to introduce stricter rules on running shoes because of integrity fears.

When Kosgei took 1min 21sec off Radcliffe’s record in October last year, it prompted calls for a probe into the technology behind the Nikes, which have been a huge hit with amateur runners.

There are also concerns over the long-term health impacts the shoes — which feature carbon plates in the soles — have on those not at the elite level and who predominantly use their heels rather than toes to springboard their steps.

Rules that limit the thickness of soles and the use of carbon plates are expected soon. Current regulations state shoes cannot confer an ‘unfair advantage’ and have to be ‘reasonably available’ to everyone.