THOUSANDS of fans celebrated wildly in the streets after the LA Lakers scooped their 17th NBA championship.

Riot police were out in force as supporters paid tribute to Kobe Bryant after the 4-2 series win over Miami Heat. 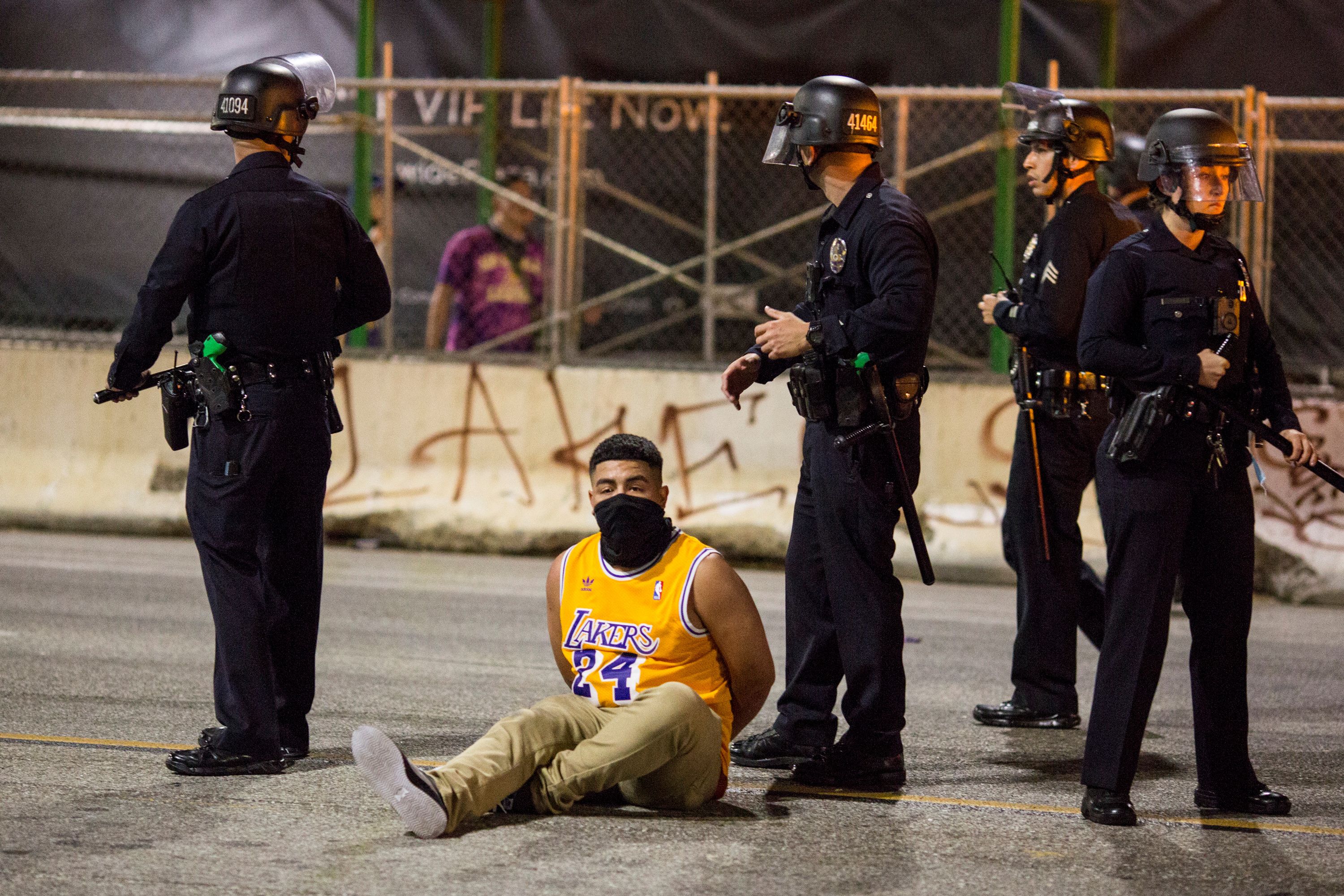 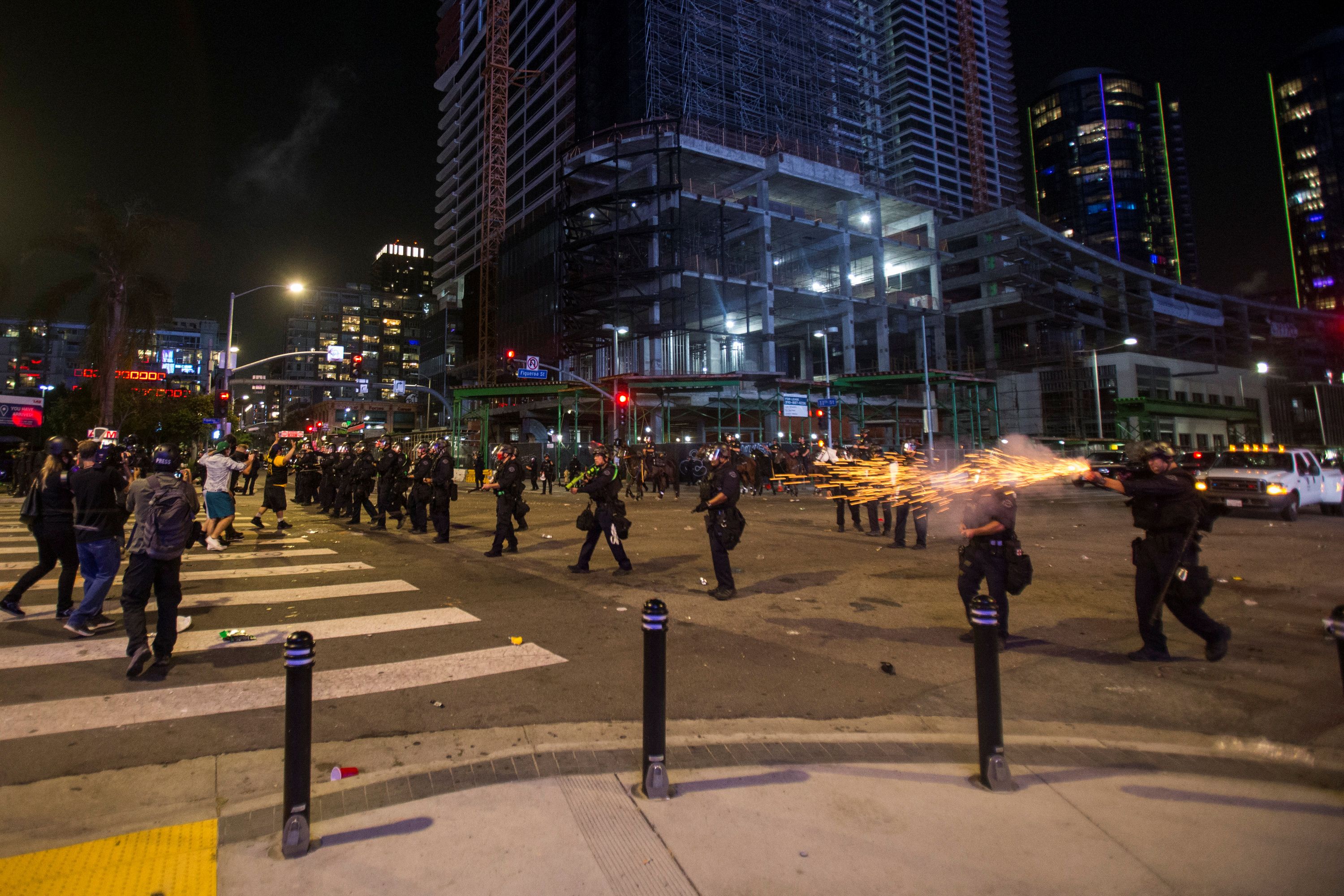 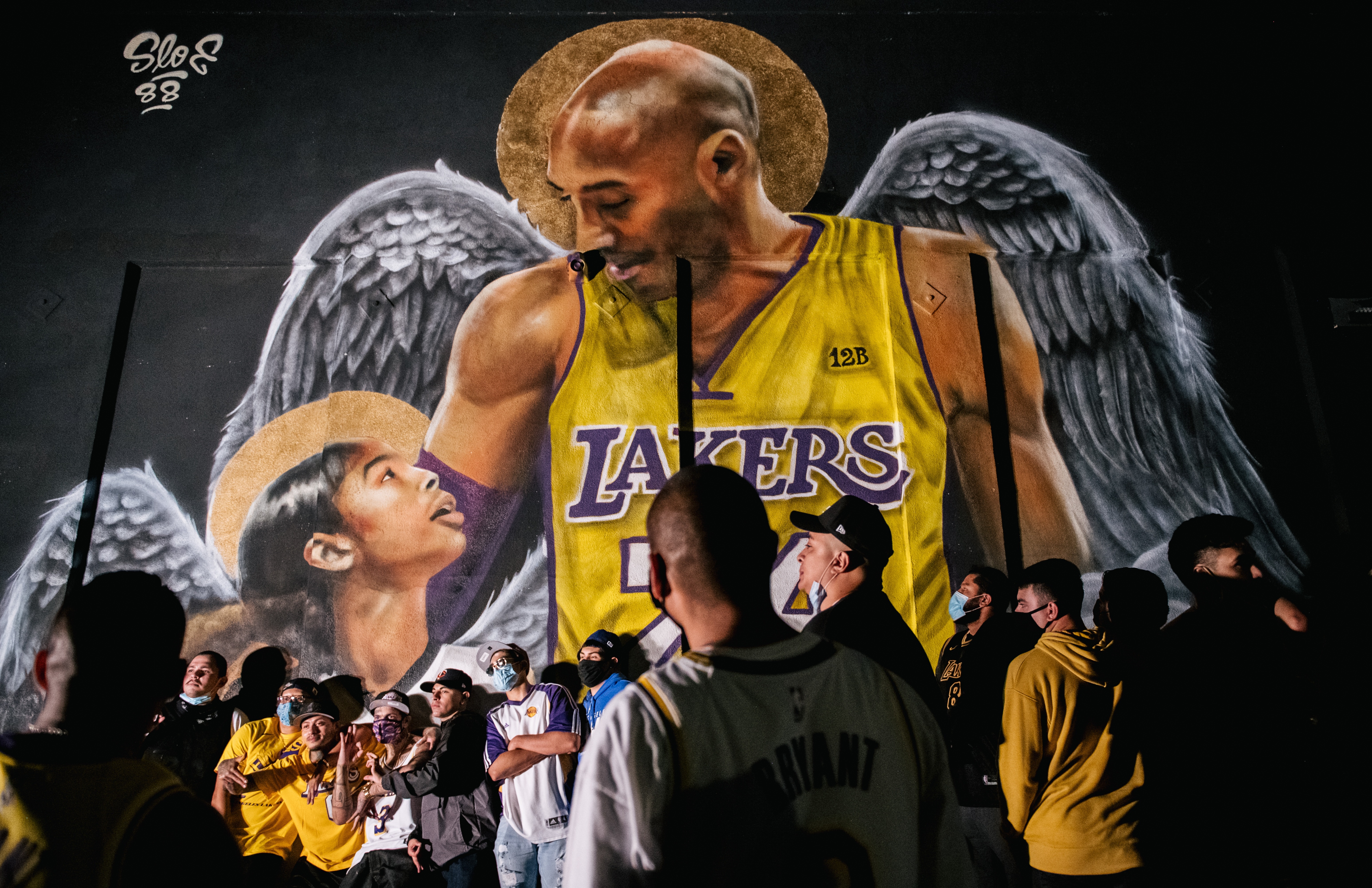 LeBron James guided the La Lakers to glory in the epic 106-93 win on Sunday night.

After the match, he said: "It means a lot to represent this franchise.

"I told [Lakers president] Jeanie [Biss] when I came here that I was going to put this franchise back in the position where it belongs."

It was the team's first win since Bryant helped them win the title in 2010.

NBA legend Bryant his daughter Gianna were killed in a helicopter crash along with seven others in January.

Fans chanted his name over and over going as they celebrated outside the Staples Centre.

His wife, Vanessa, paid tribute to her husband after his former side's victory. 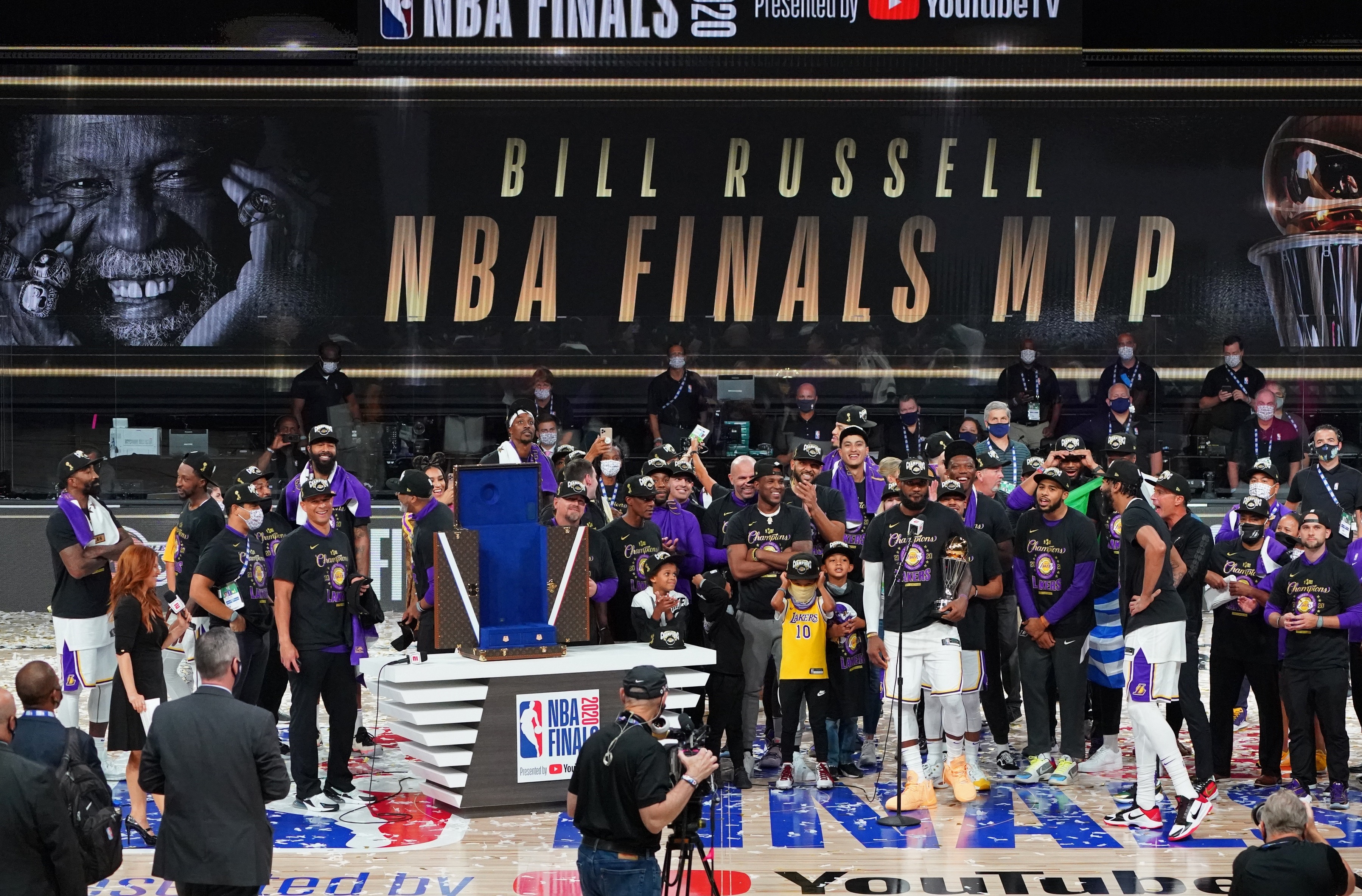 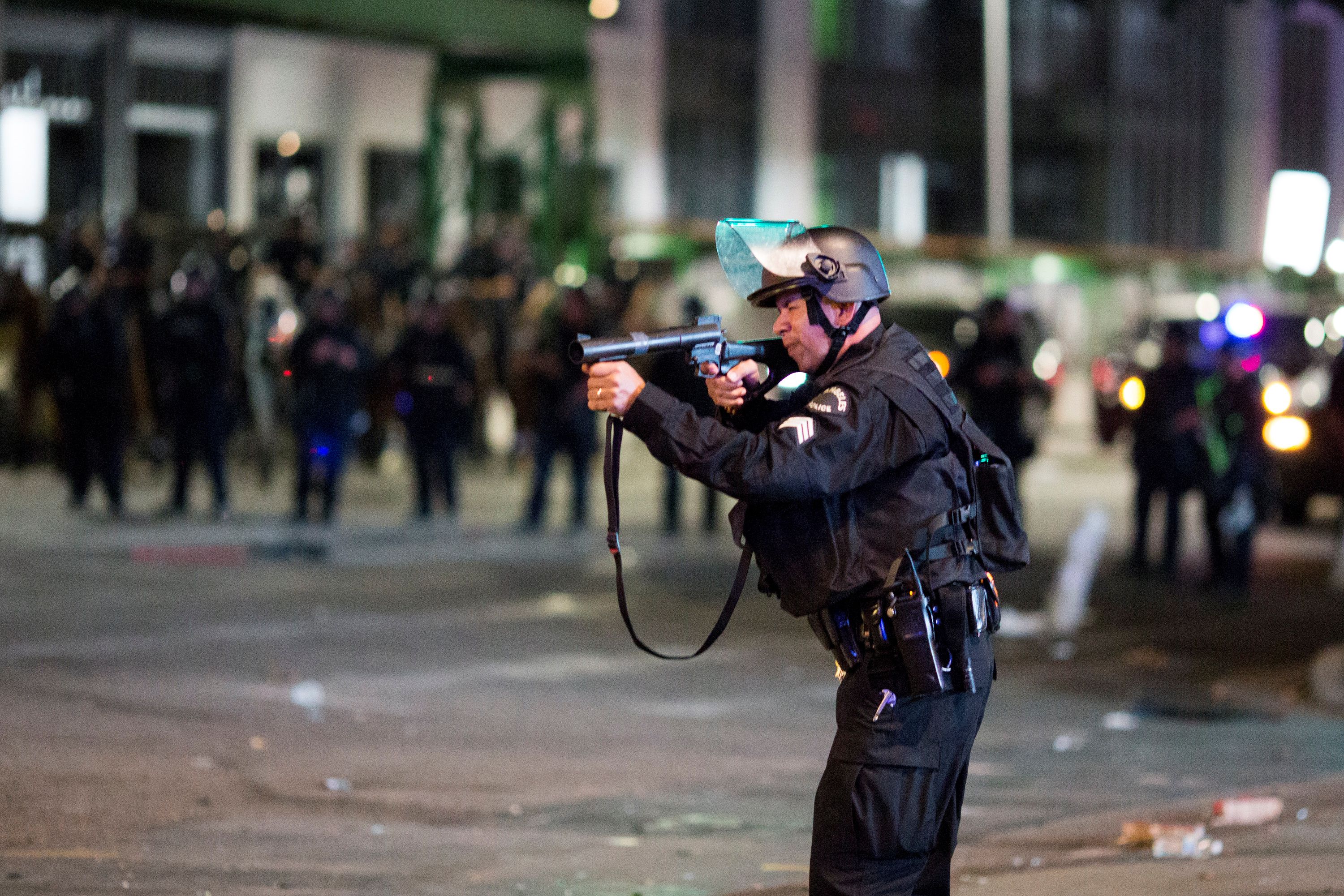 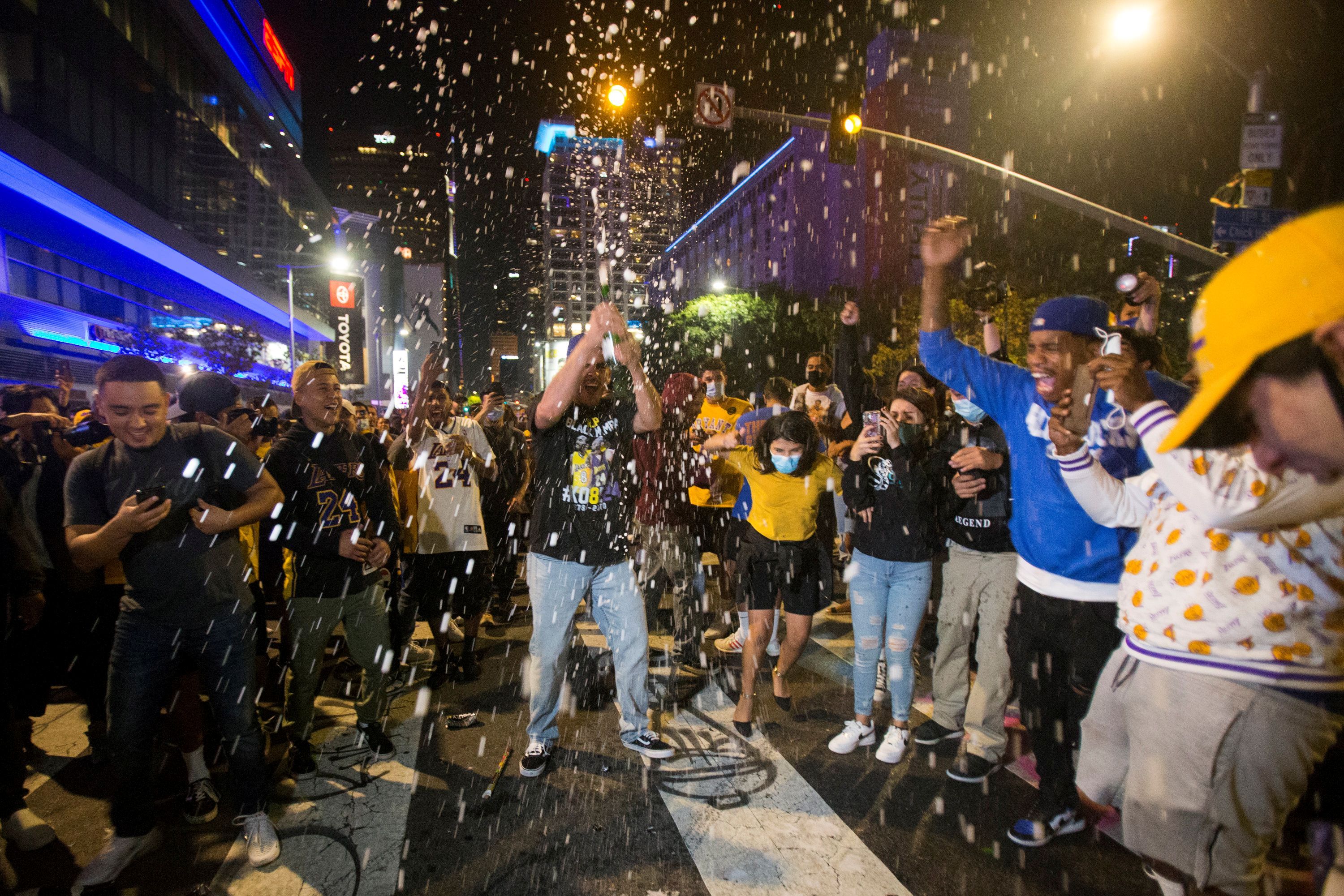 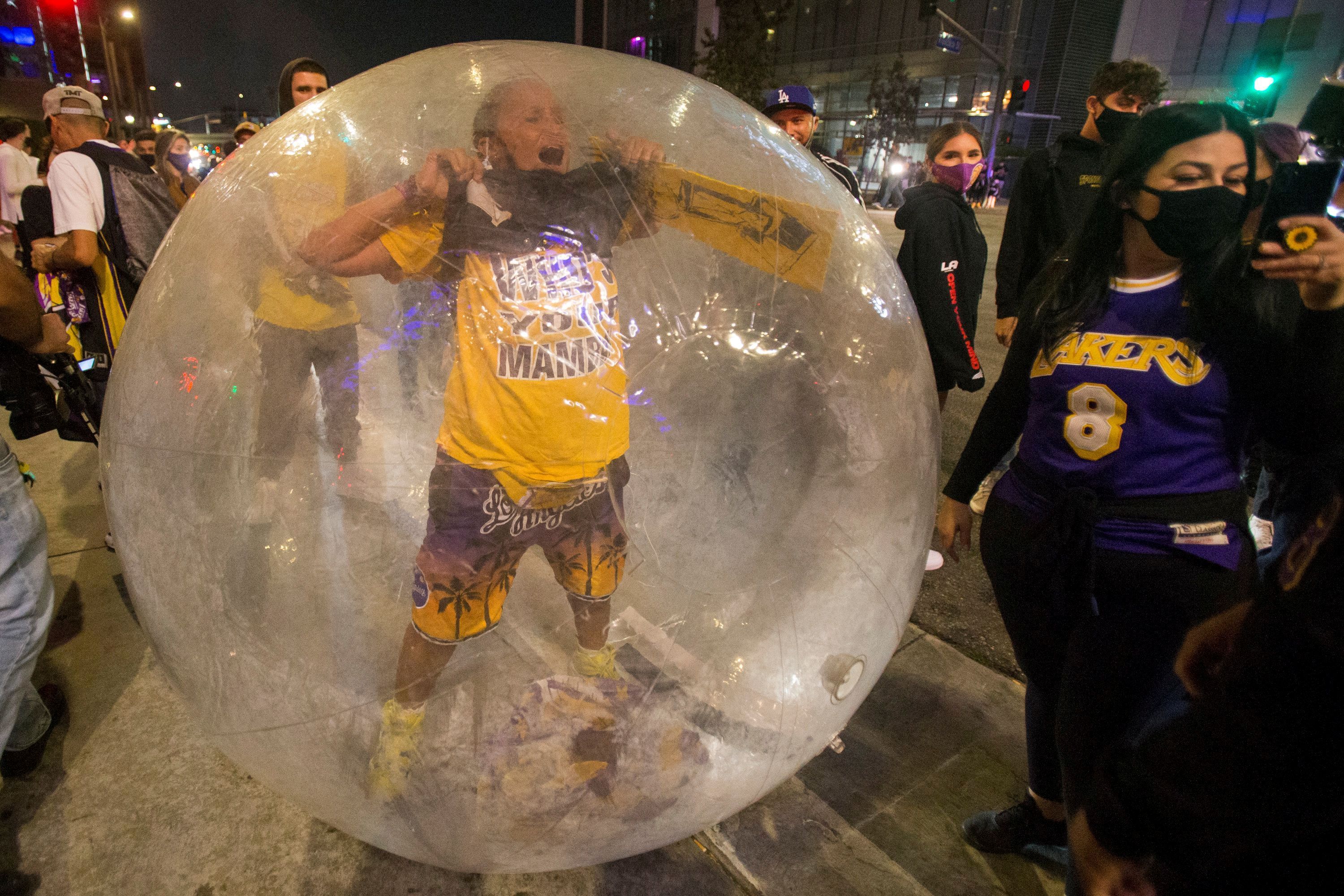 #PressPlay: #Laker fans weren't worried 'bout Miss Rona tonight 😩 They showed up & showed out for their team at the #StaplesCenter in downtown #LosAngeles, chanting "Kobe" for the win!🎥: @dresolaris_ @highoffenergee @raaaaay_069 @leekleekkk 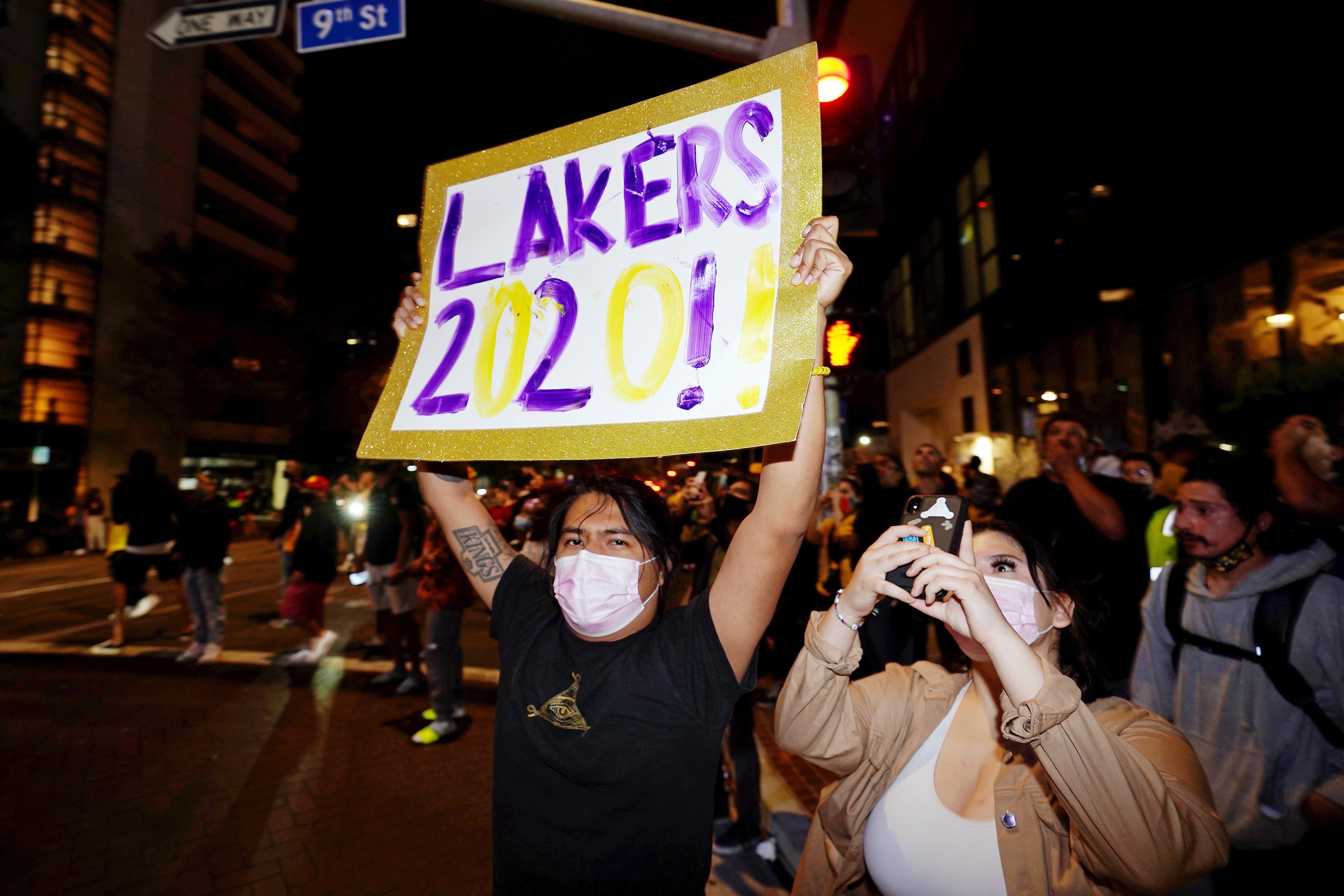 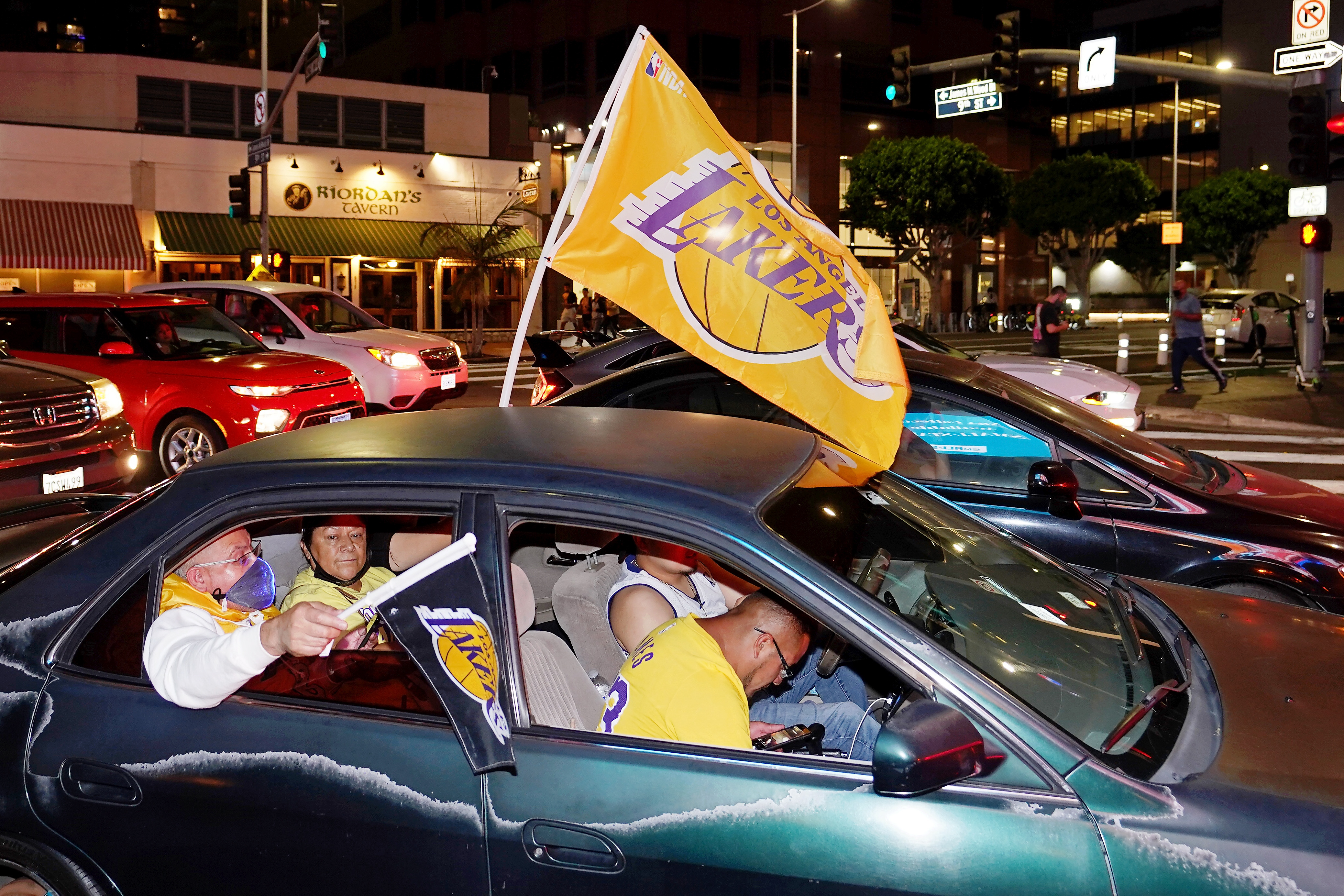 She posted a snap of Bryant with Lakers general manager Rob Pelinka to her Instagram story.

Alongside it, she wrote: "Congratulations @Lakers Kobe was right… 'stay the course – block out the noise'."

Before she added: "Wish Kobe and Gianna were here to see this."

Fans could not control their excitement after the Los Angeles club ended their decade-long wait for a title.

Armed riot police were deployed in force in a bid to keep control of the celebrations. 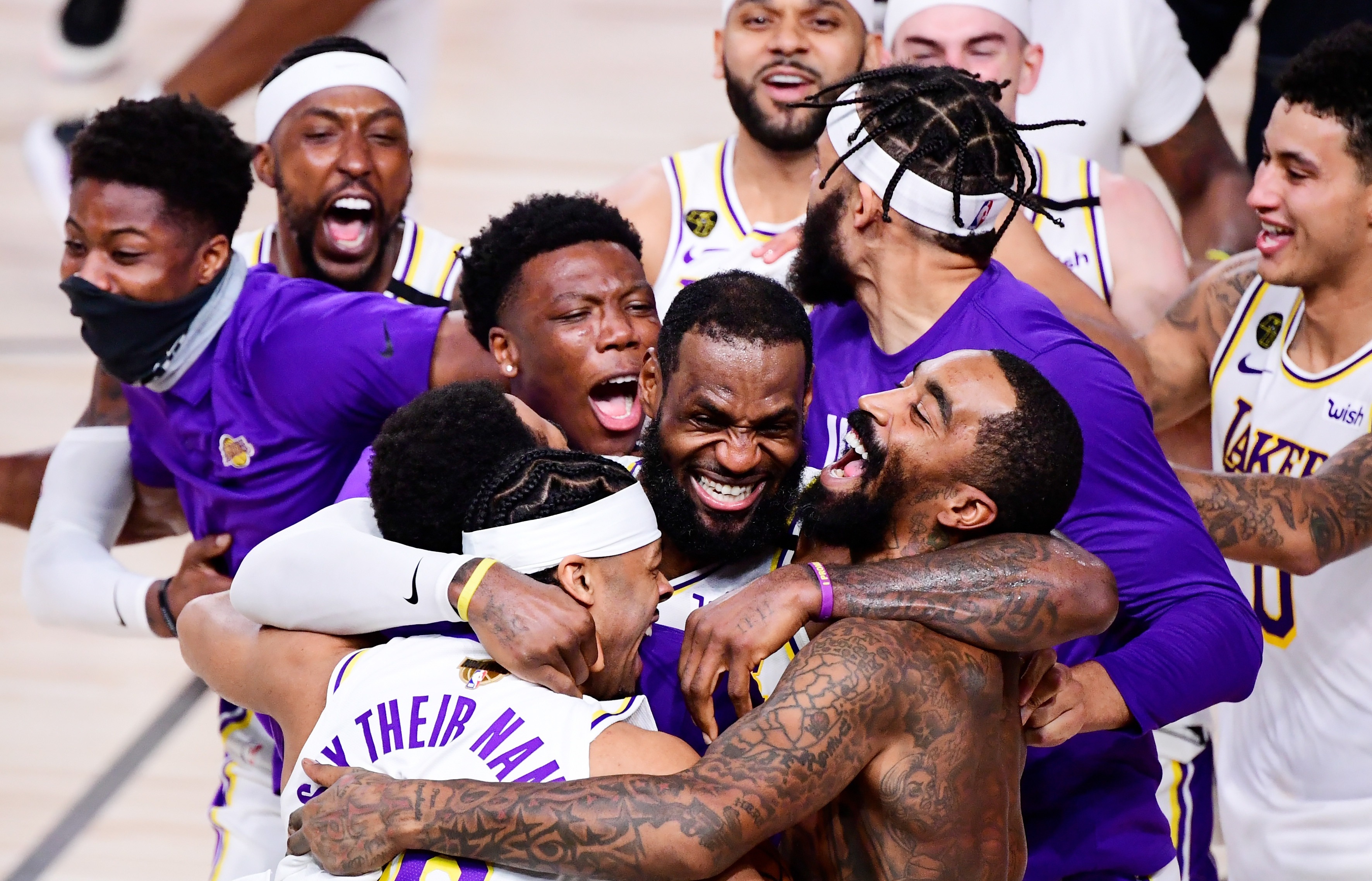 The officers lined up a row of police vehicles in a desperate attempt to disperse the crowd.

Police horses were deployed to the scene, but the authorities struggled to keep control.

One young fan was pictured covering his ears as flares were let off around him.

Another supporter was spotted celebrating inside of a zorb. 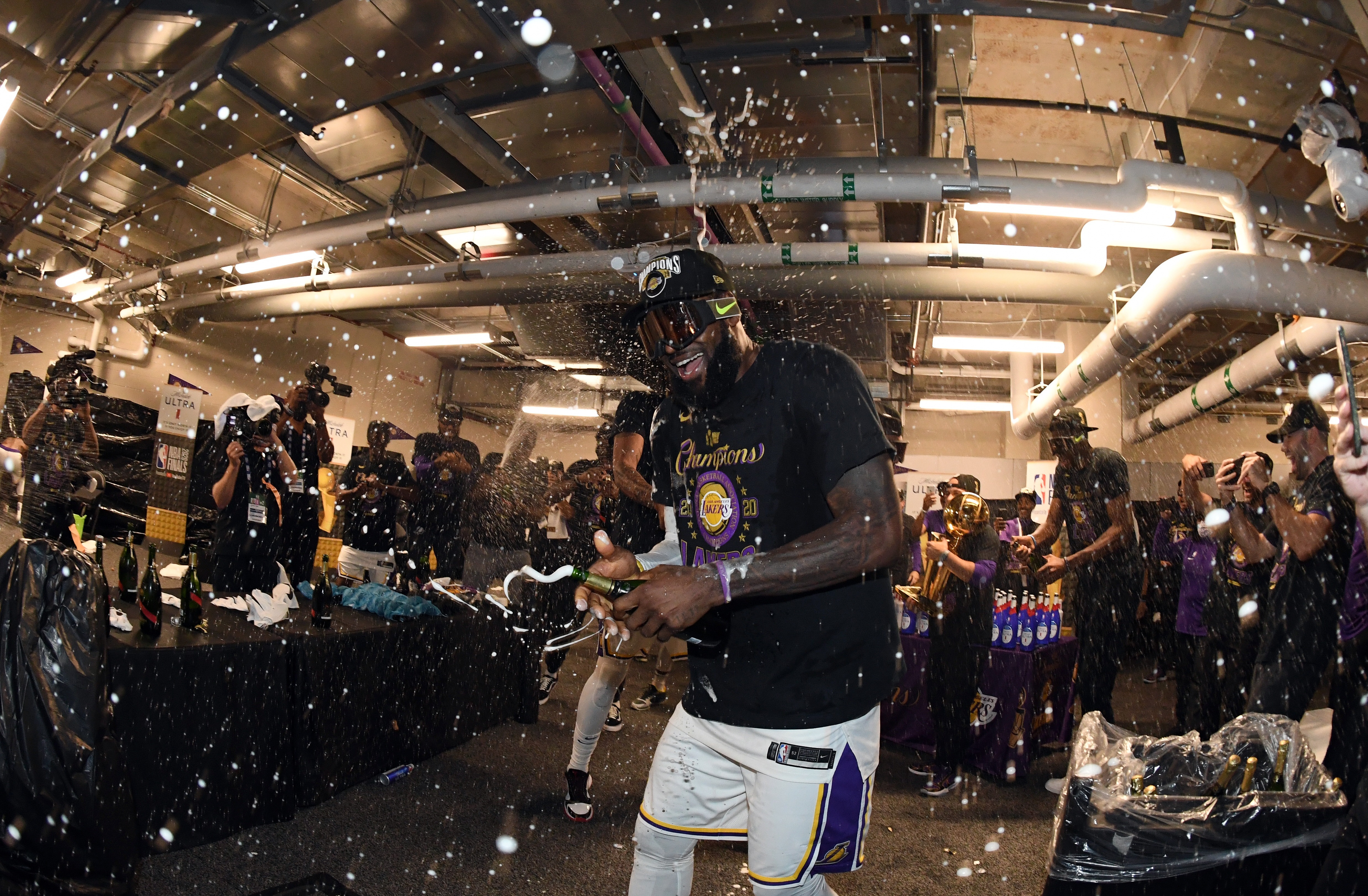