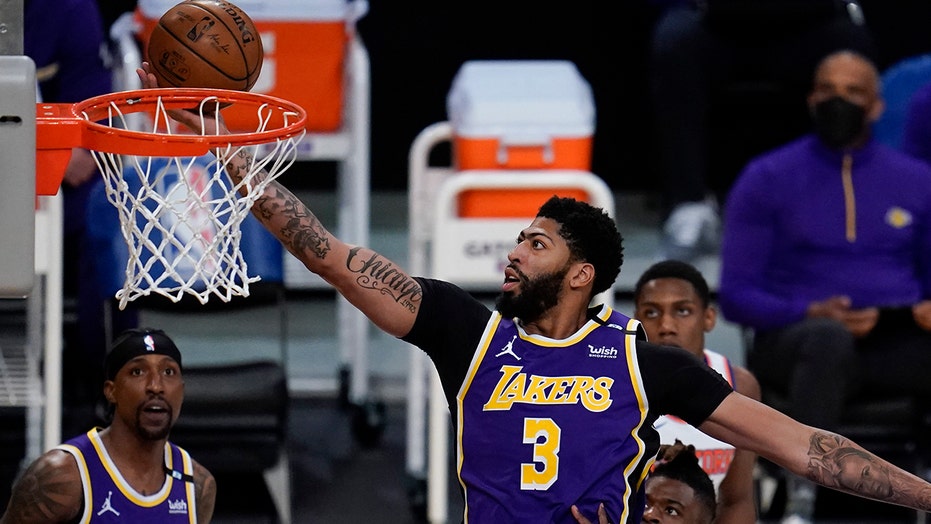 The Lakers defeated the Knicks in overtime, 101-99, thanks to some help from Talen Horton-Tucker. He nailed a 25-foot three-pointer to give the Lakers the lead with 21 seconds left in the game. He finished with 13 points in 34 minutes off the bench.

Davis, who added 20 points, six rebounds and four assists, was seen at the end of the game taunting the film director.

Davis, who was sidelined for a good portion of the season with an injury, said he may not play Wednesday night against the Houston Rockets.

“I’m hurting. Not moreso my body, just my groin got tight. … I’m not sure about [Wednesday]. I mean, I’m going to get treatment and see how I feel. I want to say I’m going to play, but it was really bothering me tonight. We’ll see how I feel tomorrow, and then later on in the day,” he said, via ESPN.

“Very, very strong possibility that I fight through it and play since the next day is an off day. But I also don’t want to have this lagging and then now I’m out for a couple games.”

Julius Randle led the Knicks with 31 points. Derrick Rose had 27 off the bench.