KELECHI IHEANACHO showed Jamie Vardy how to finish with a stunning hat-trick.

And it heaped even more misery for Sheffield United who delivered an abysmal performance in their first game after the sacking of Chris Wilder. 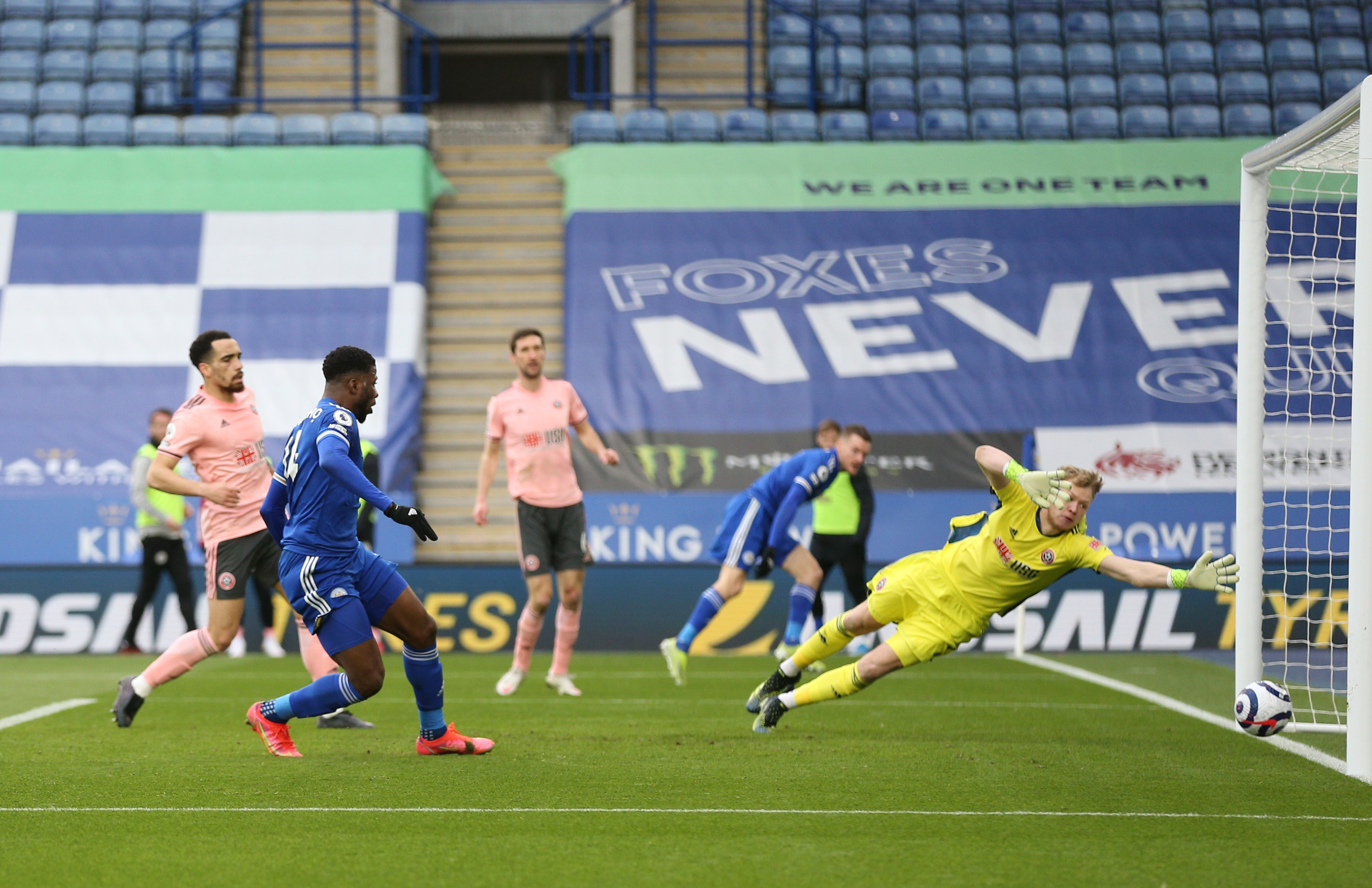 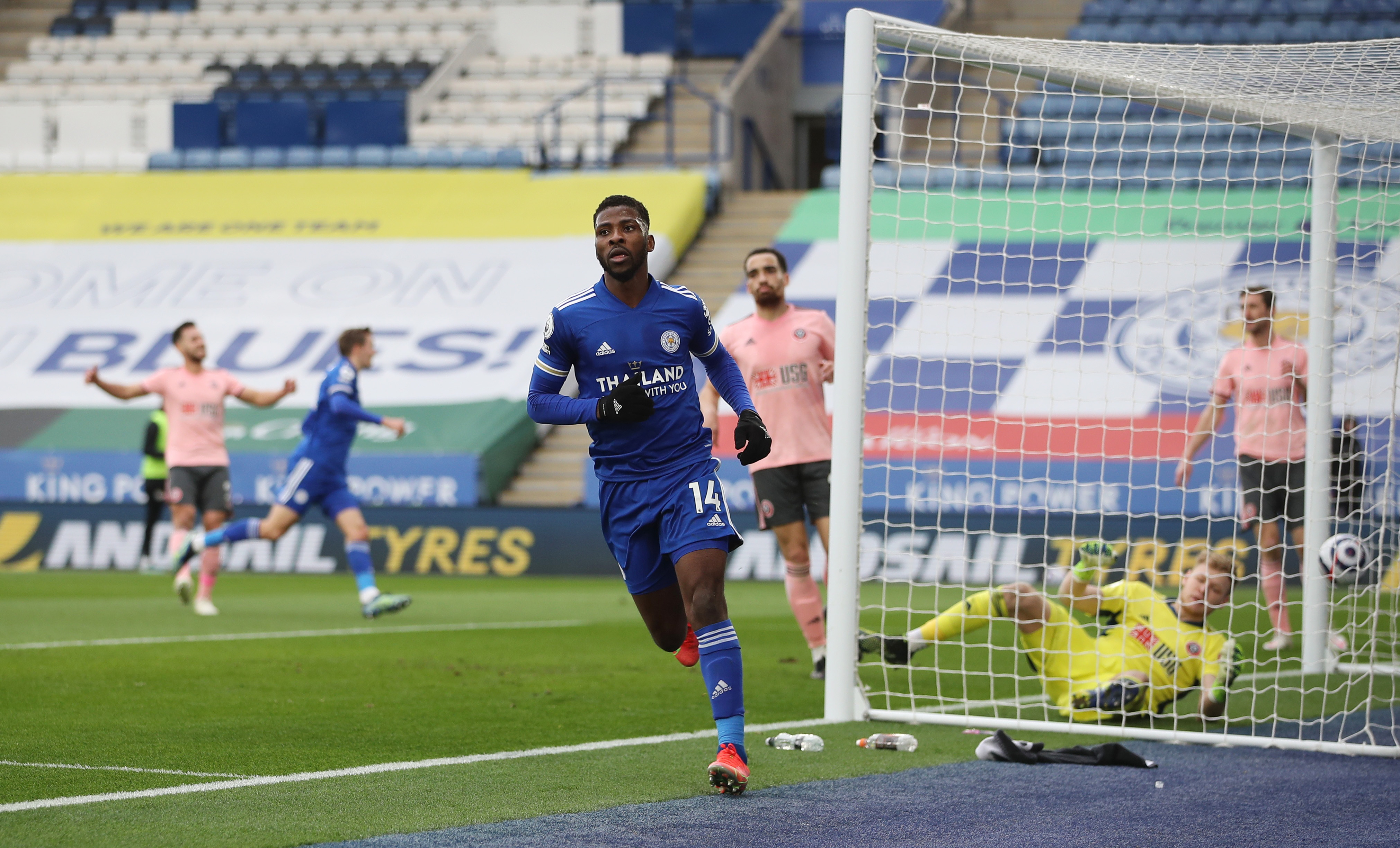 Interim boss Paul Heckingbottom watched in disbelief as the Blades were torn apart by Leicester in what was their biggest league loss for 21 years.

Iheanacho has now struck seven times in eight matches although he could have had double that amount.

Perez scored for only the third time this season and while Vardy struggles in front of goal – he has now managed just one goal in 15 – he set up two of Iheanacho’s goals.

The fifth goal came after Vardy’s shot was turned into the net by Ethan Ampadu.

Missing Ashley Barnes and James Maddison, it was not Leicester’s strongest team but they were too good for the visitors who have now lost 23 times this season.

Ayoze Perez was a handful and he was denied by a fingertip save by Ramsdale tipped a glancing header onto the post.

Vardy will feel he should have opened the scoring but smashed a shot straight at Ramsdale.

Yet the out-of-form striker turned creator as Leicester took a deserved lead. 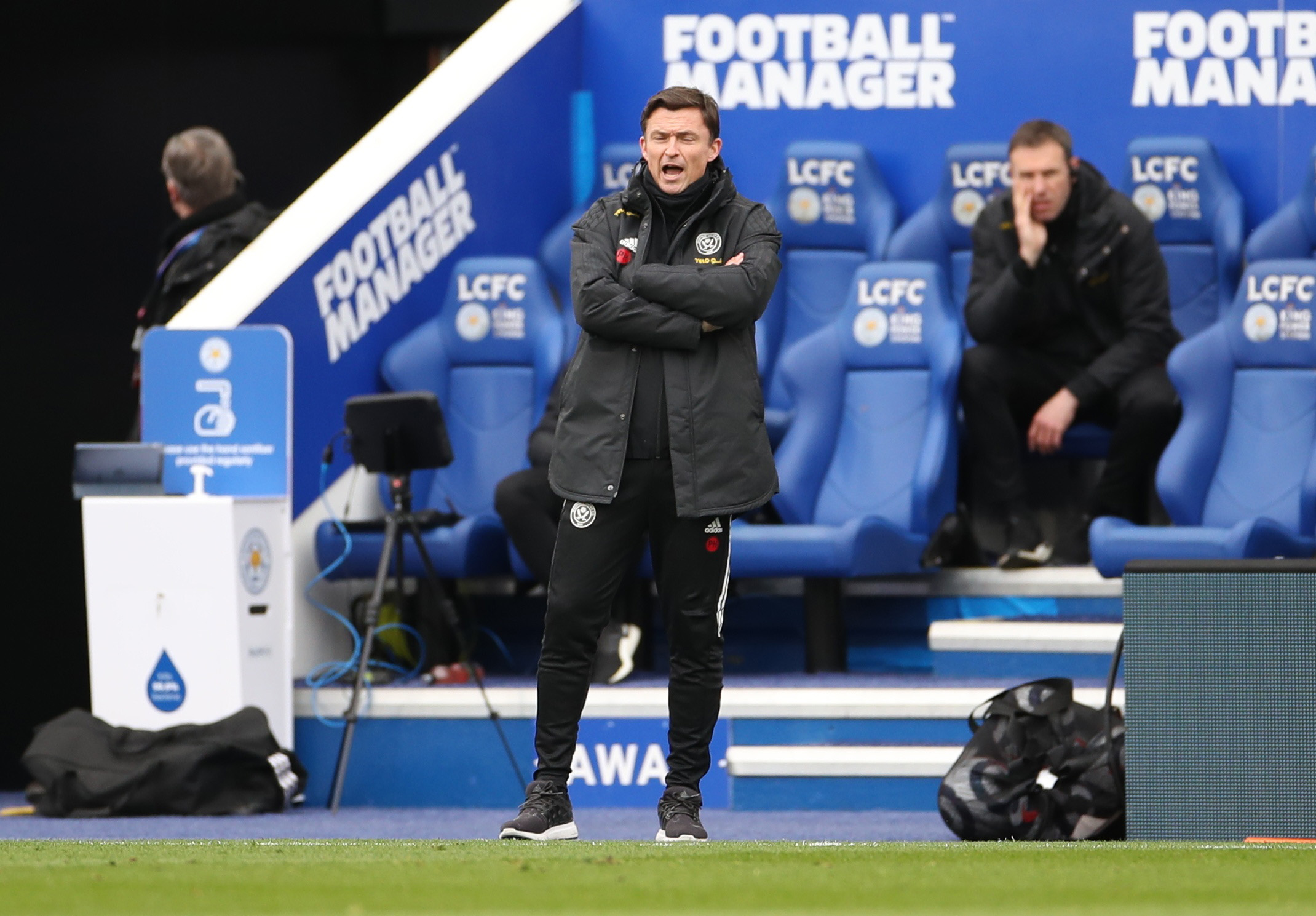 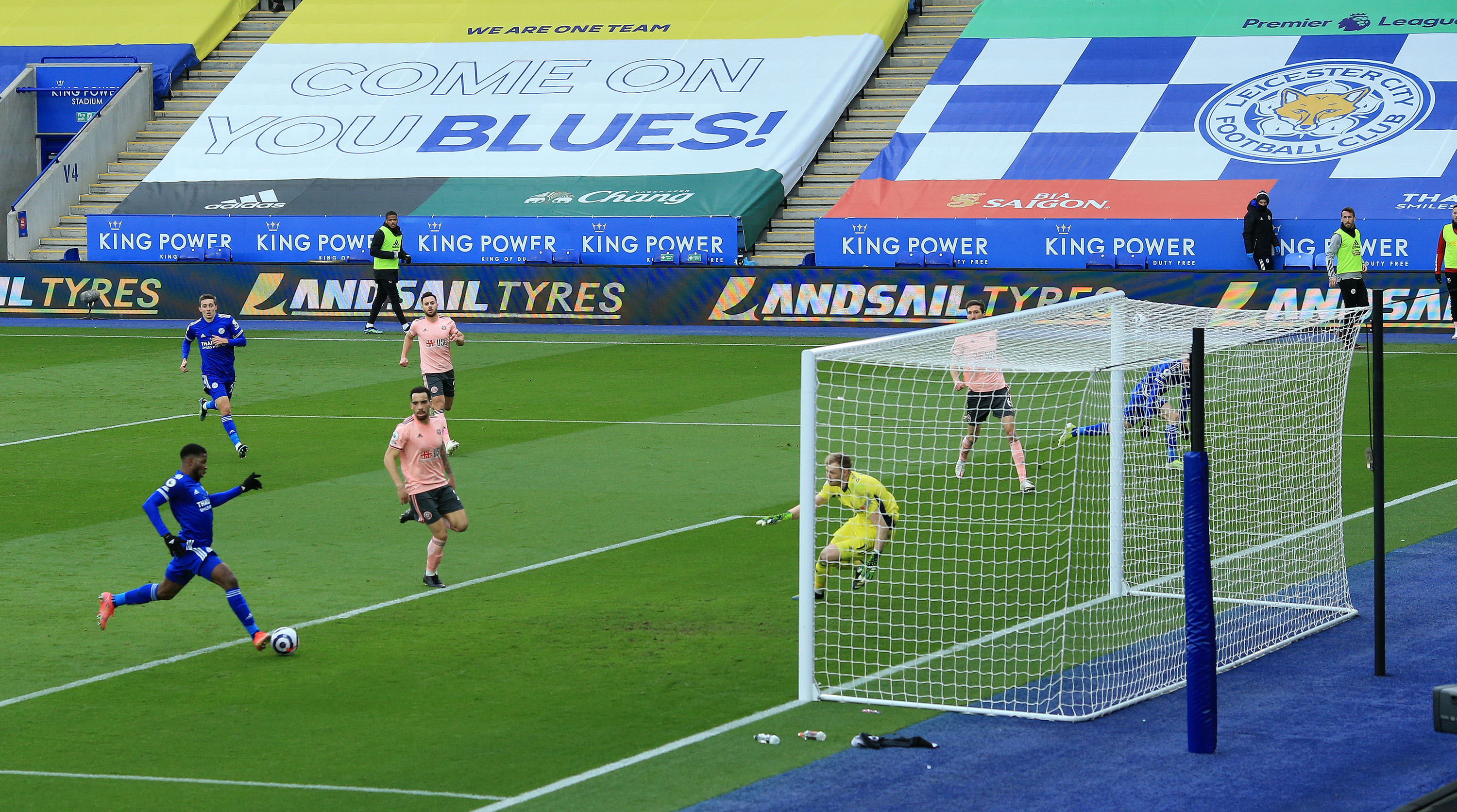 It was a decent move from Leicester, Vardy’s running off the ball was outstanding and he collected a clever ball from Perez to deliver a perfect cross for Ihenacho who got between the Blades’ defence to score.

In the opening 45 minutes, United failed a serious attempt on target and it was the 23rd time this season they had failed to score in the first half of the Premier League.

Iheanacho handed a golden chance to score but the former England international was denied by a stunning goal-line block from Chris Basham.

Vardy then wasted his third chance by firing another shot at Ramsdale and it was Perez who put the game out of reach for United.

Leicester broke quickly and Perez shot from just outside the area with Ampadu guilty of not getting close enough to the home forward. 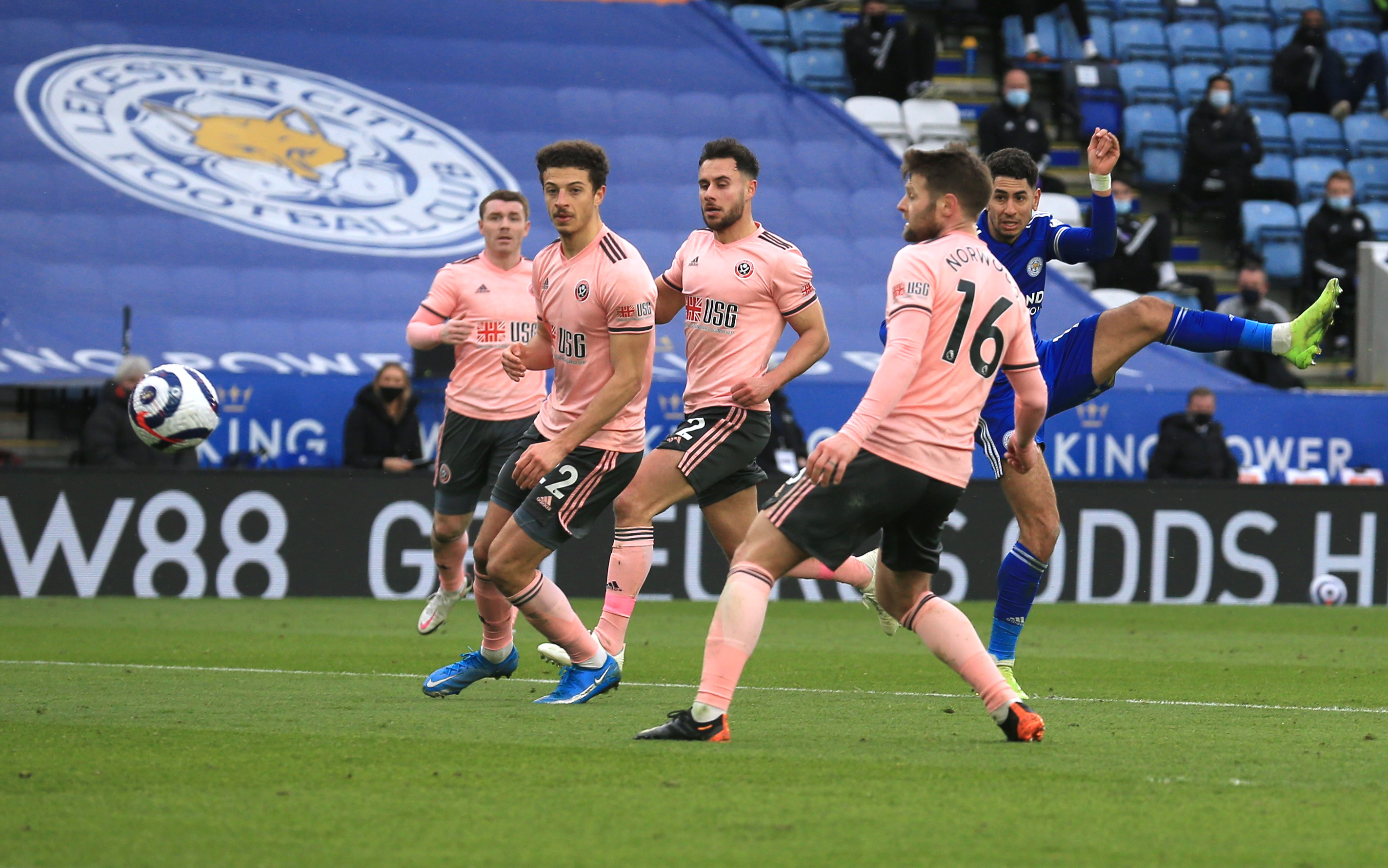 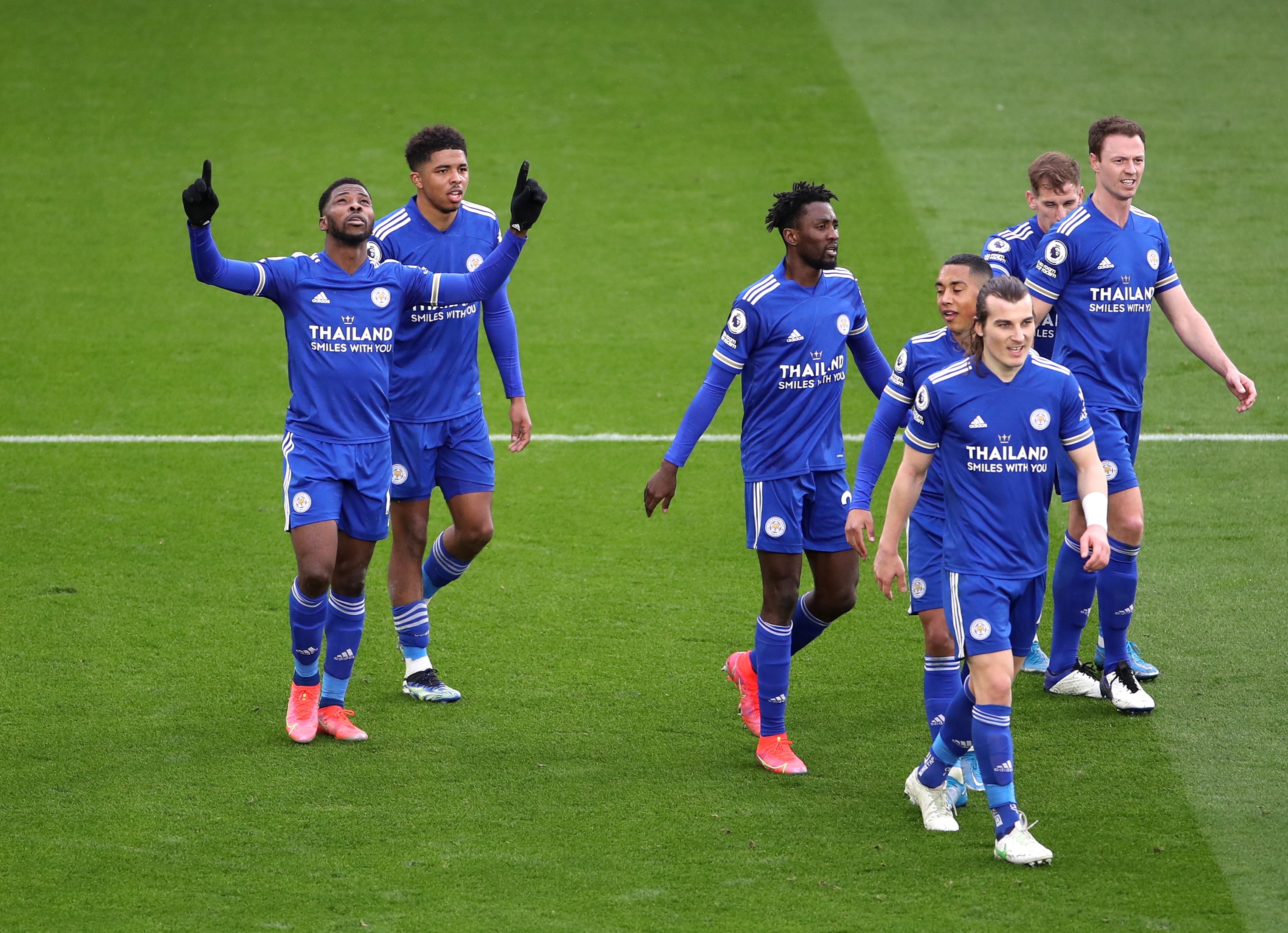 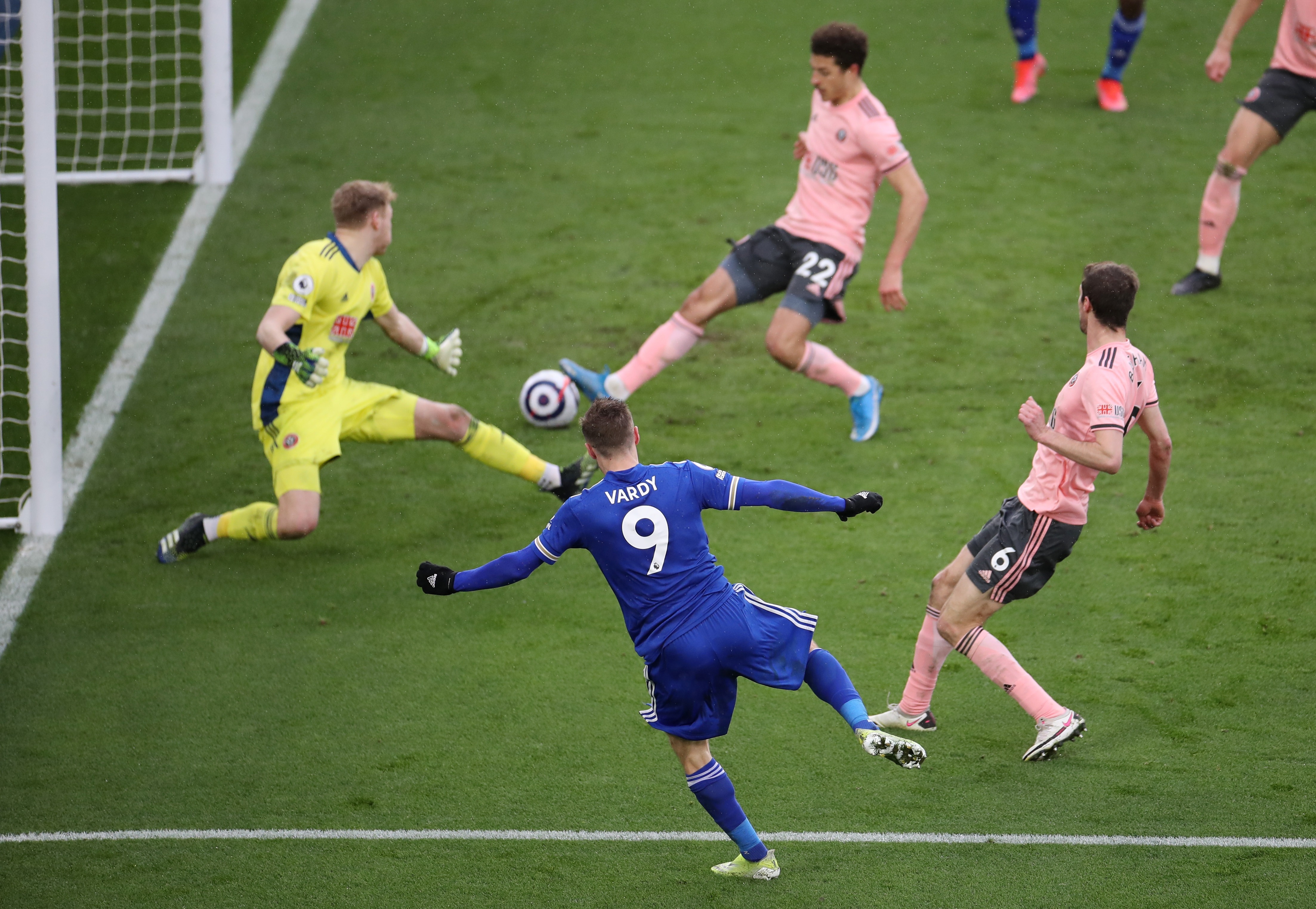 And Iheanacho got his second with a polished first-time thanks to another outstanding pass from Vardy.

And he then completed his hat-trick with another absolutely superb, powerful finish from distance.

But after being fed the ball by Wilfred Ndidi, there was no challenge from a United player – with Ollie Norwood one of the culprits – and Iheanacho had time to pick his spot.

Vardy then played a big role in the fifth and while his shot was not on target it was converted into the net by Ampadu. 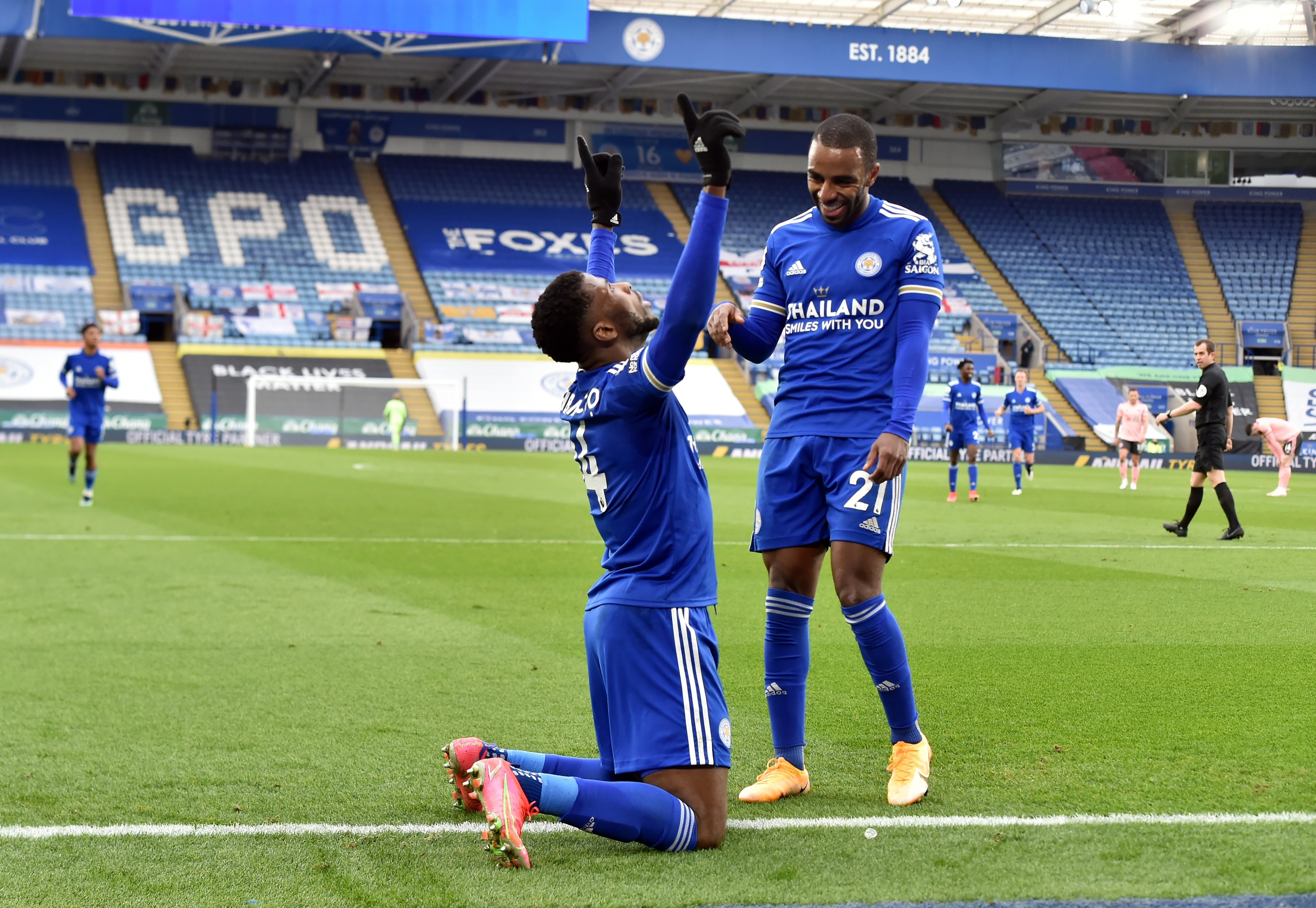