The 33-year-old striker scored in his EIGHTEENTH consecutive game last night after bagging a brace in Bayern Munich’s 3-0 win over Barcelona in the Champions League. 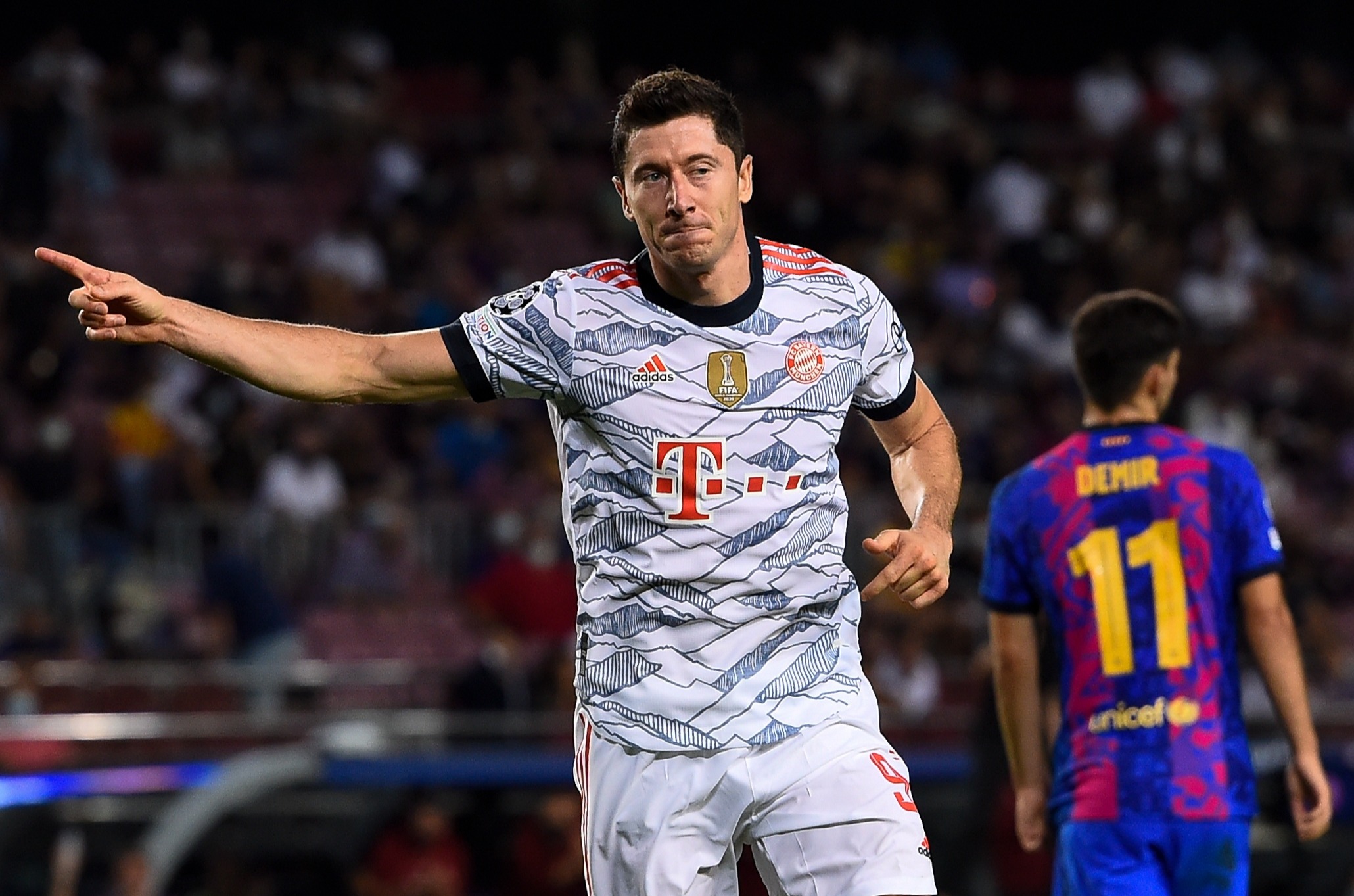 Lewandowski was linked with a move to the Premier League this summer after it was reported he wanted a new challenge.

And the Polish hitman has revealed he has no plans to retire anytime soon as strives to stay as one of the world's best strikers.

He told German paper Bild: “I'm in good shape physically and have the right mentality.

“I can play for many more years, I'm sure at least four more years.

“And then I will see, maybe I can raise the bar even higher.

“And it's not just about fitness. After a four-week break, I had a better base before preparation than ever before.

“33 years is only a number and does not show how old I am really.”

Lewandowski follows a strict diet programme and has already scored 10 goals for club and country this season.

His wife Anna is the mastermind of his nutrition which sees him eat his courses backwards.

33 years is only a number and does not show how old I am really.

And the striker's potent form has led Bayern to attempt to try and keep him beyond his current deal which has two years remaining.

Club chairman Herbert Hainer, 67, said: “We're happy with Robert. But we don't have to extend the contract now, we still have two years.

“As I said, I can imagine Robert staying beyond 2023. We're in permanent talks with all our players, including Lewy. But now is still early.”

Lewandowski won both the Fifa and Uefa players of the season awards last year after he scored 56 goals for Bayern and Poland.