FROM daylight robbery to the great escape and back again in the blink of an eye.

One second Callum Wilson and Newcastle were cursing their luck after a last-minute leveller was ruled out – rightfully – by VAR for handball. 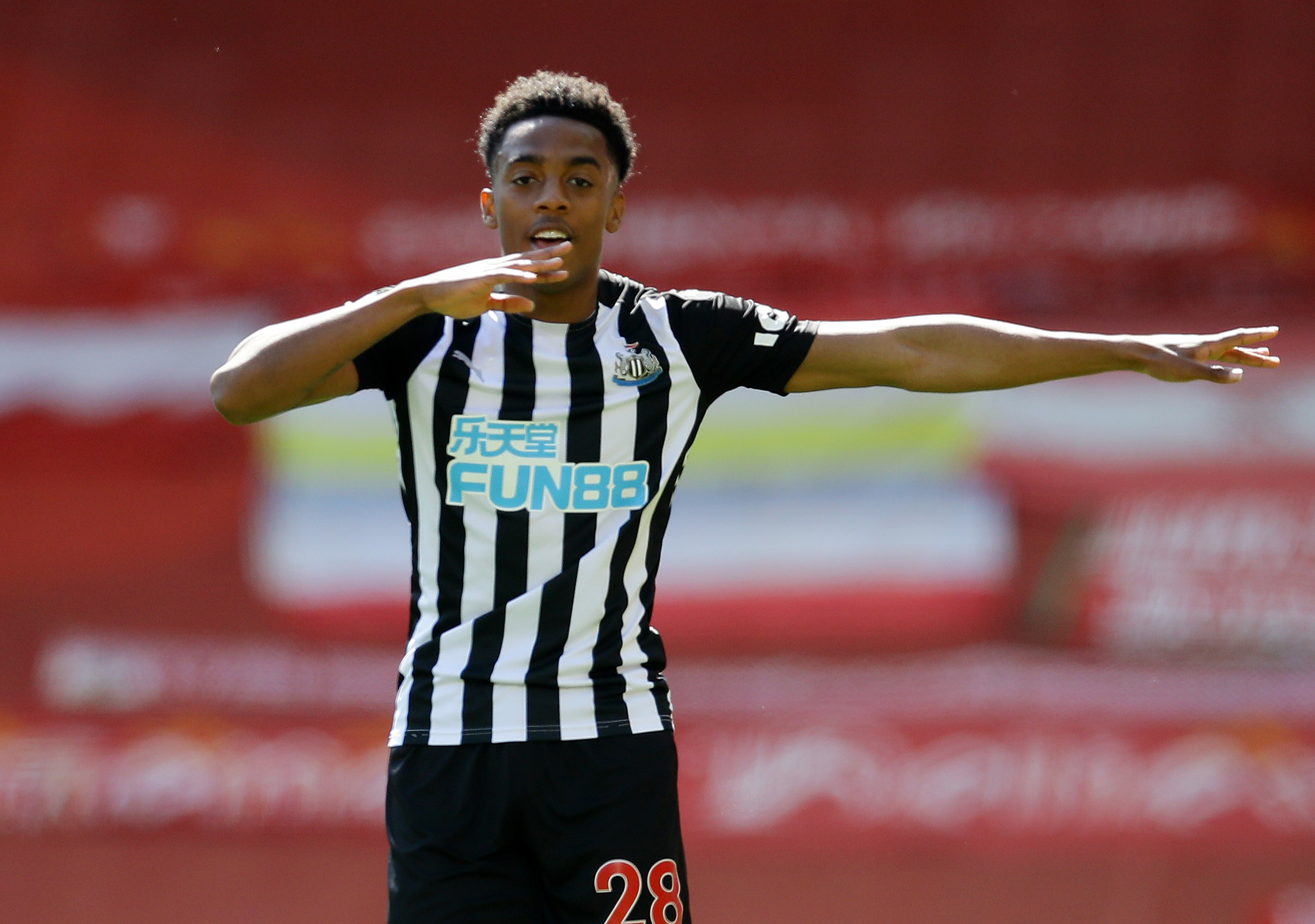 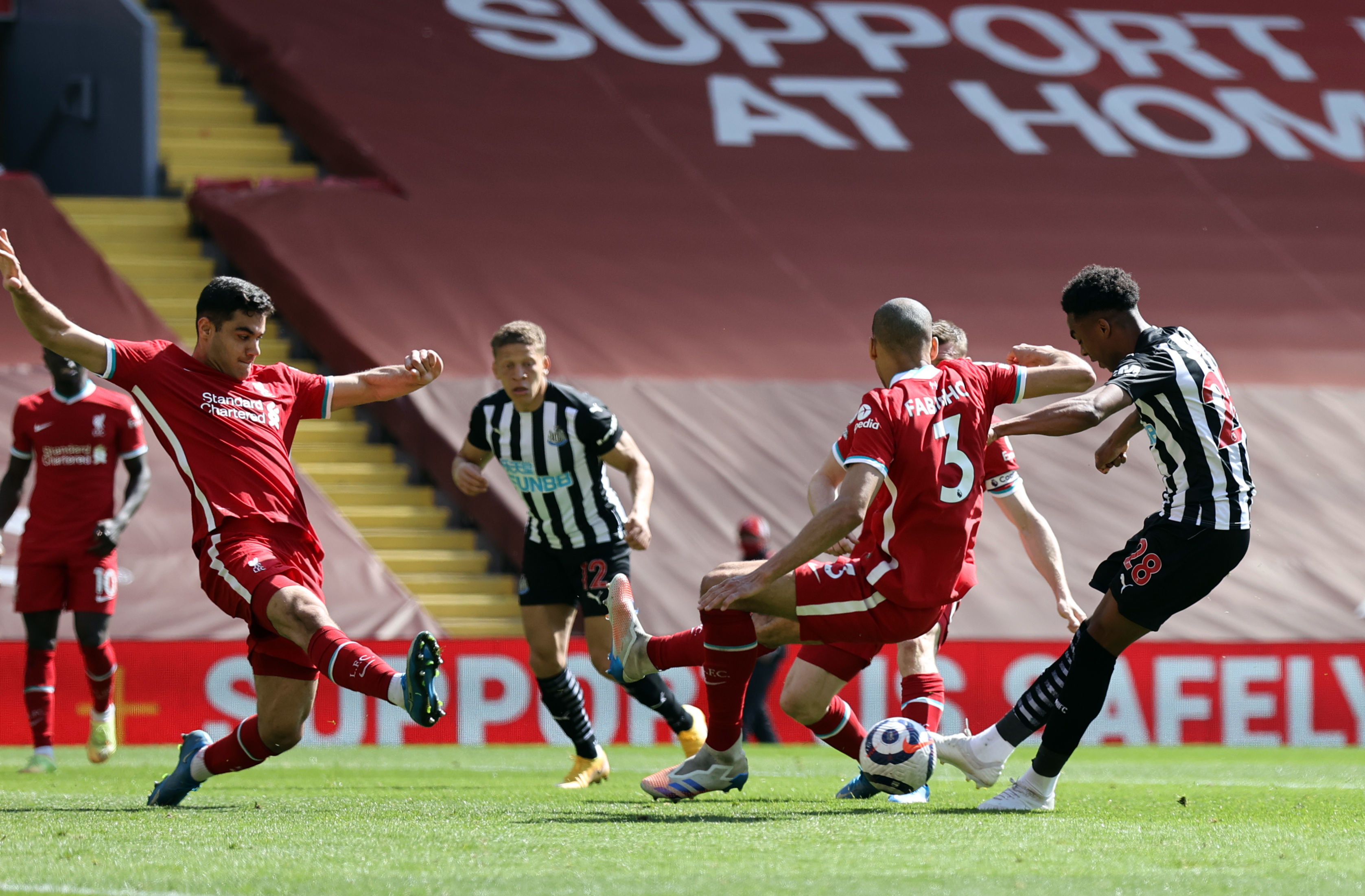 The next they were dancing with delight as fellow benchman Joe Willock drilled home via Fabinho’s hefty deflection and suddenly Liverpool were the ones turning the air blue.

And really they can blame no-one but themselves, after failing to add to Mo Salah’s early strike despite creating chances at will.

Salah’s lashed-in early half volley was all they had to show for a performance in which they totally dominated, but never put to bed.

How Newcastle didn’t cop an absolute caning, Heaven only knows. Had Liverpool taken just a fraction of their chances it would have still approached double figures.

Mind you, how they finished with 11 men was almost as big a surprise as well, after Federico Fernandez planted a first half forearm into the face of Diogo Jota.

The Toon centre-back certainly seemed to size up the Kop striker first, but it went unseen by referee Andre Marriner and ignored by VAR official Andy Madley.

No justice with that, then, and none in the scoreline thanks to Liverpool’s blundering backline and Willock’s persistence.

All Liverpool had to show for their efforts was Salah’s third minute rocket, after a sublime piece of skill to control the ball and spin past Matt Ritchie all in one movement. 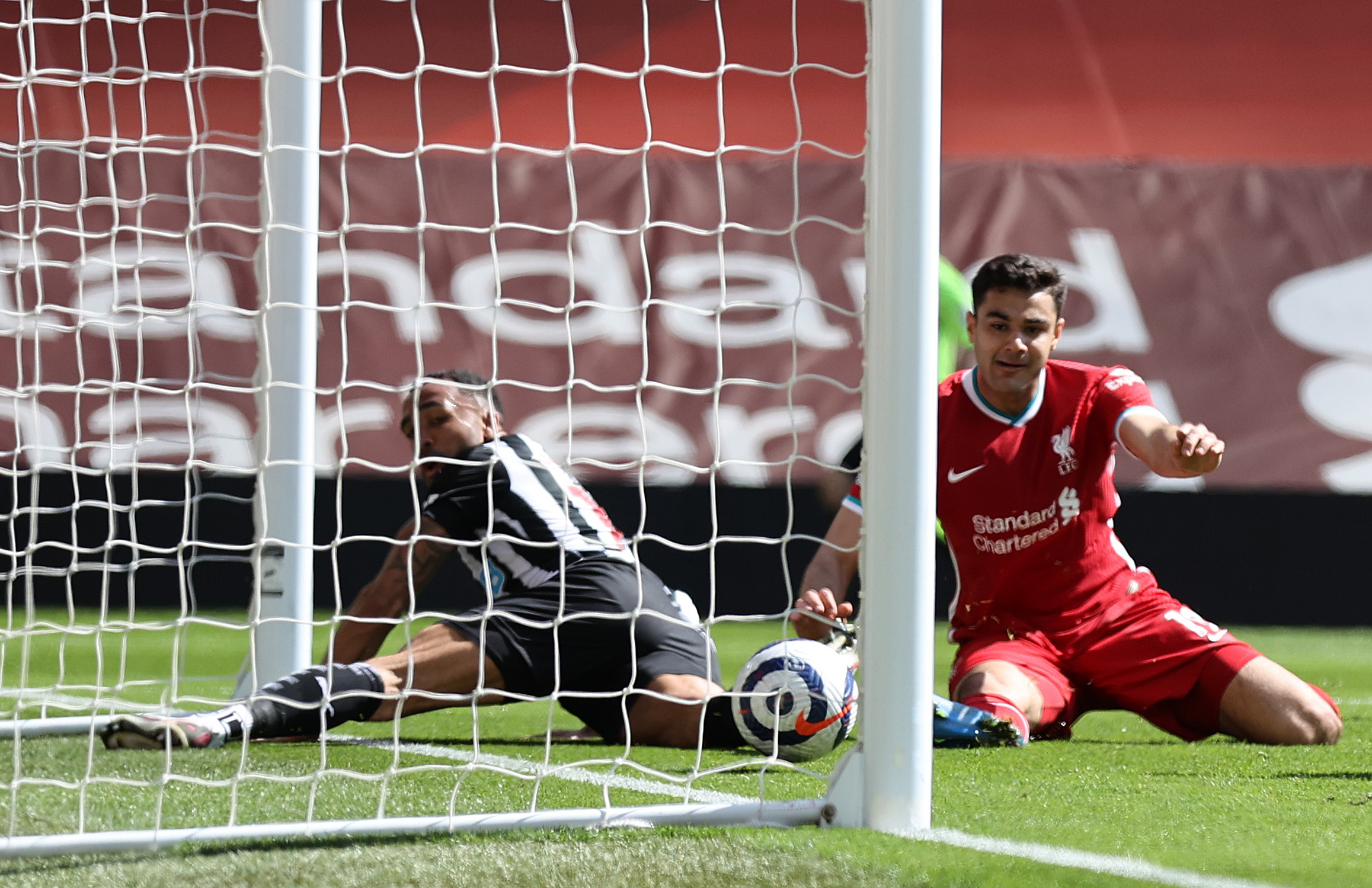 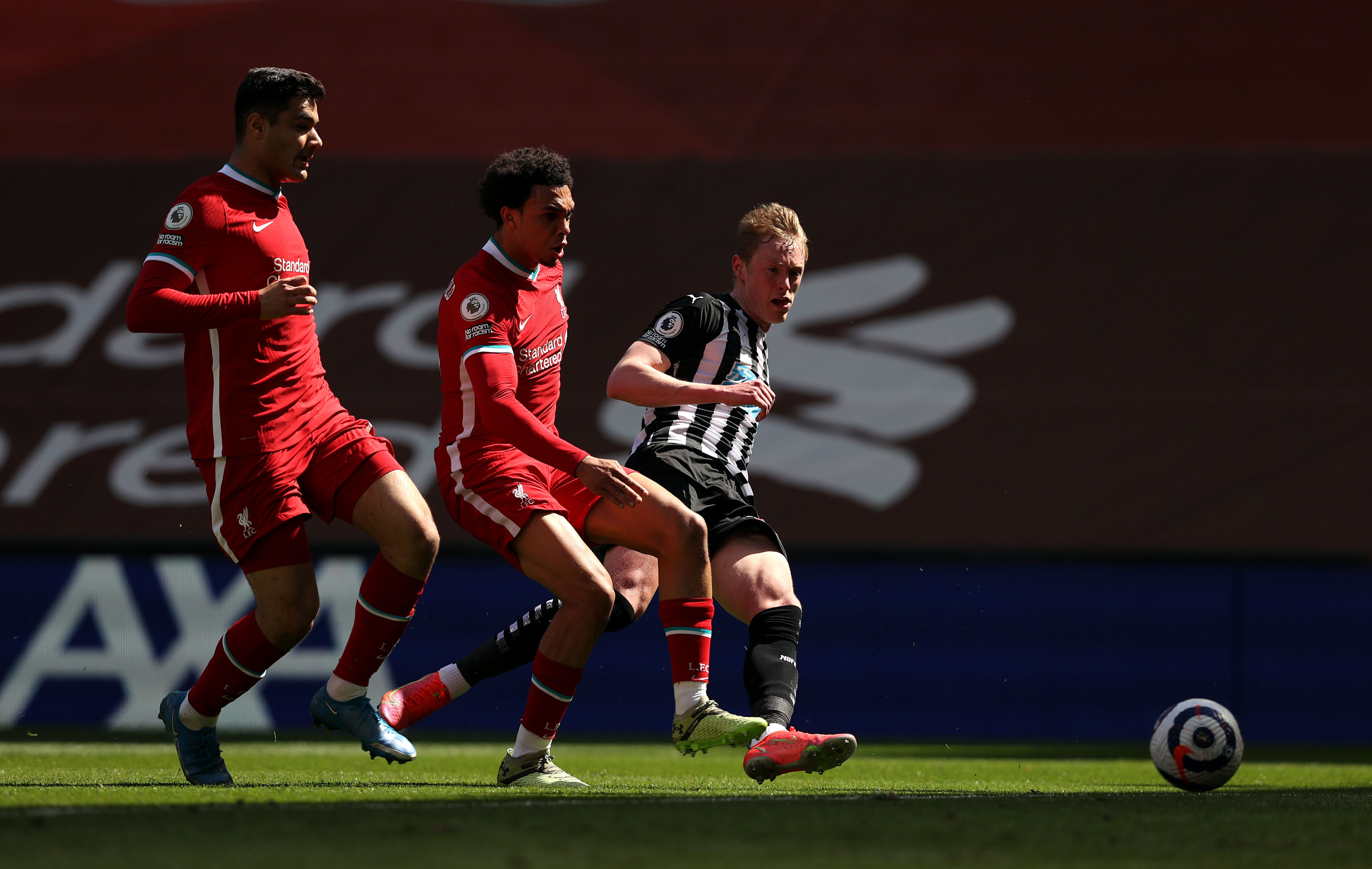 From then on it was Dads v Lads for the most part. Jota could have had four by half-time at least, while Salah fluffed two far simpler chances than the one he took.

Sadio Mane, too, was guilty of passing up a handful of harder-to-miss-than-score openings – including a one-on-one when he all but fell over his own legs.

And Roberto Firmino is still toiling to find the killer touch to accompany the countless eye-of-a-needle ones he produces to tee up others.

When Wilson pounced, finishing at the second attempt after his first effort came back off keeper Alisson, Newcastle looked to have pulled it from the fire.

The video official saved Liverpool’s skins then… but when Willock pounced within 60 seconds, this time there was no such luck.

No wonder Jurgen Klopp’s gurning grin suddenly turned into a grimace. It has become the theme of his season. 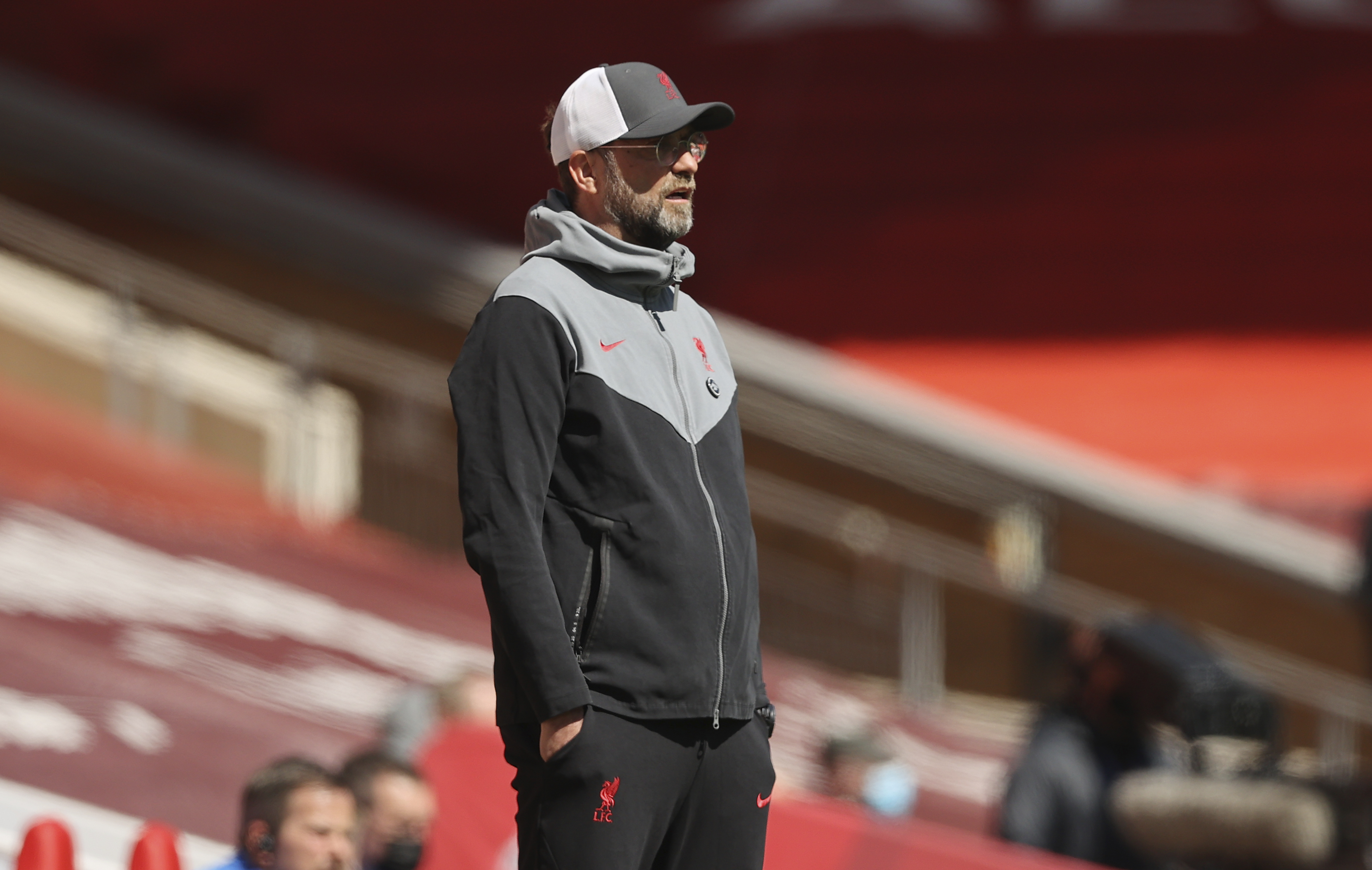 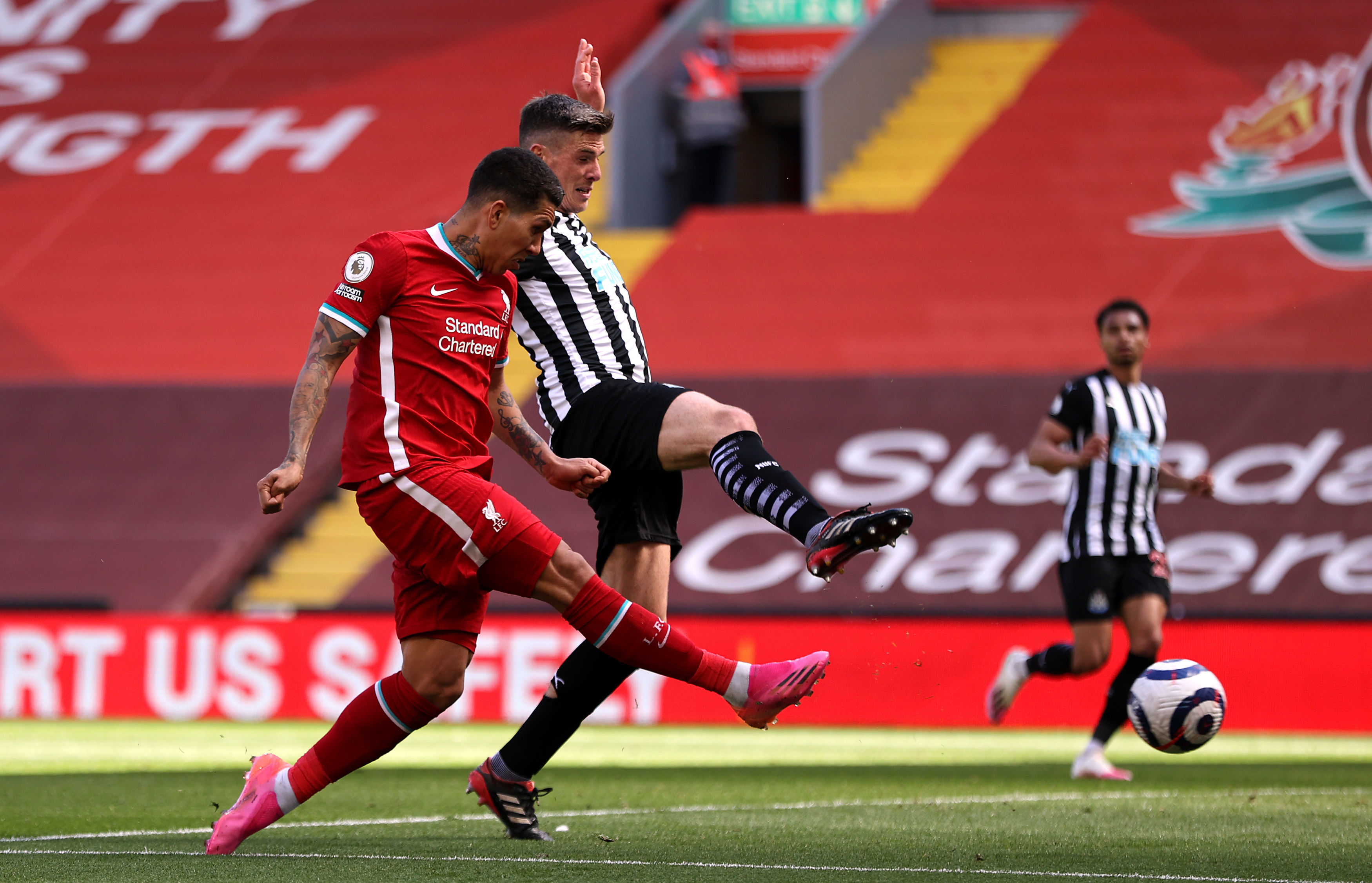