LOGAN PAUL posted then deleted a picture of his professional boxing licence after being ridiculed by Conor McGregor's head coach.

It comes after rumours Paul – who lost his debut against YouTube rival KSI last November – could face Floyd Mayweather in an exhibition bout. 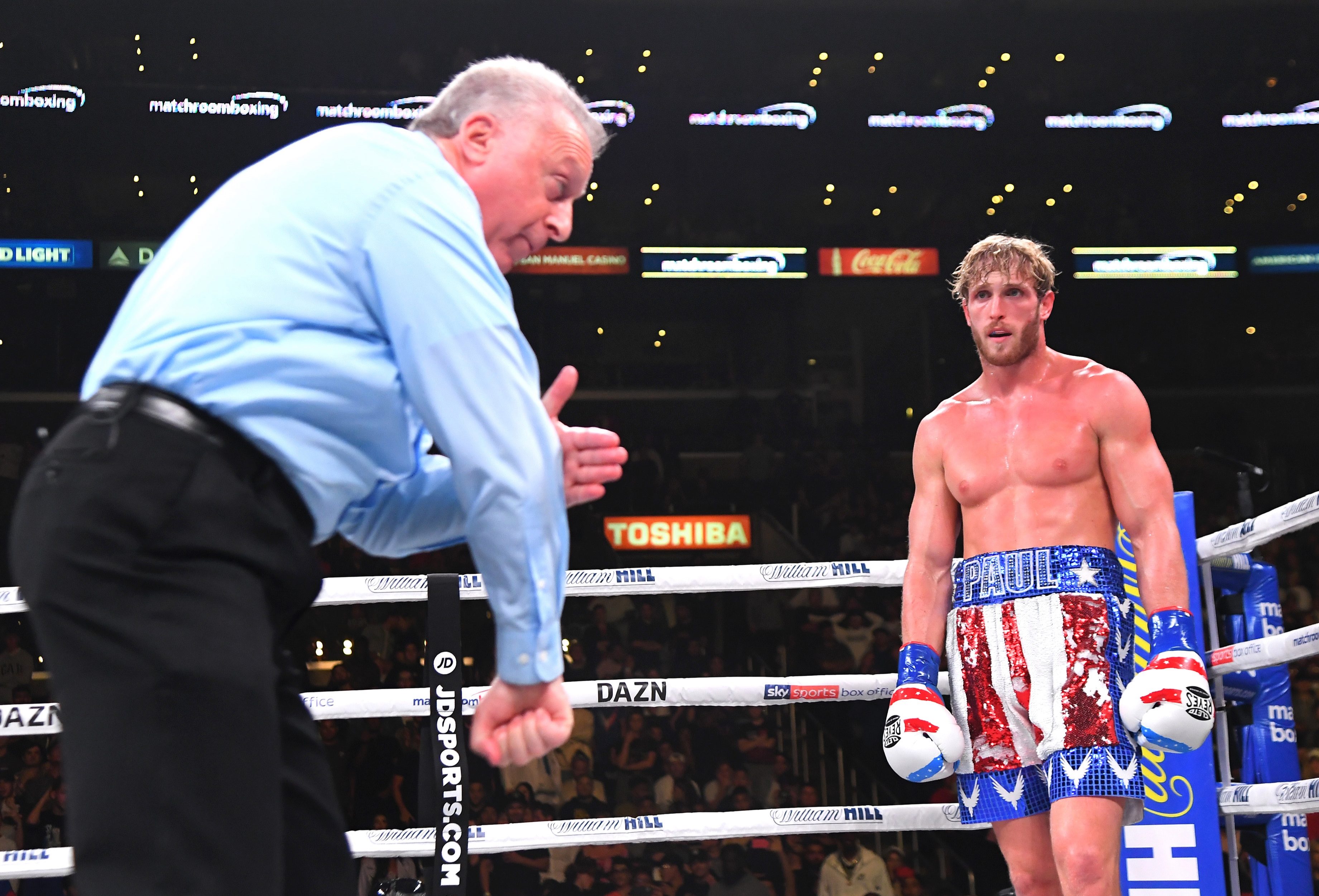 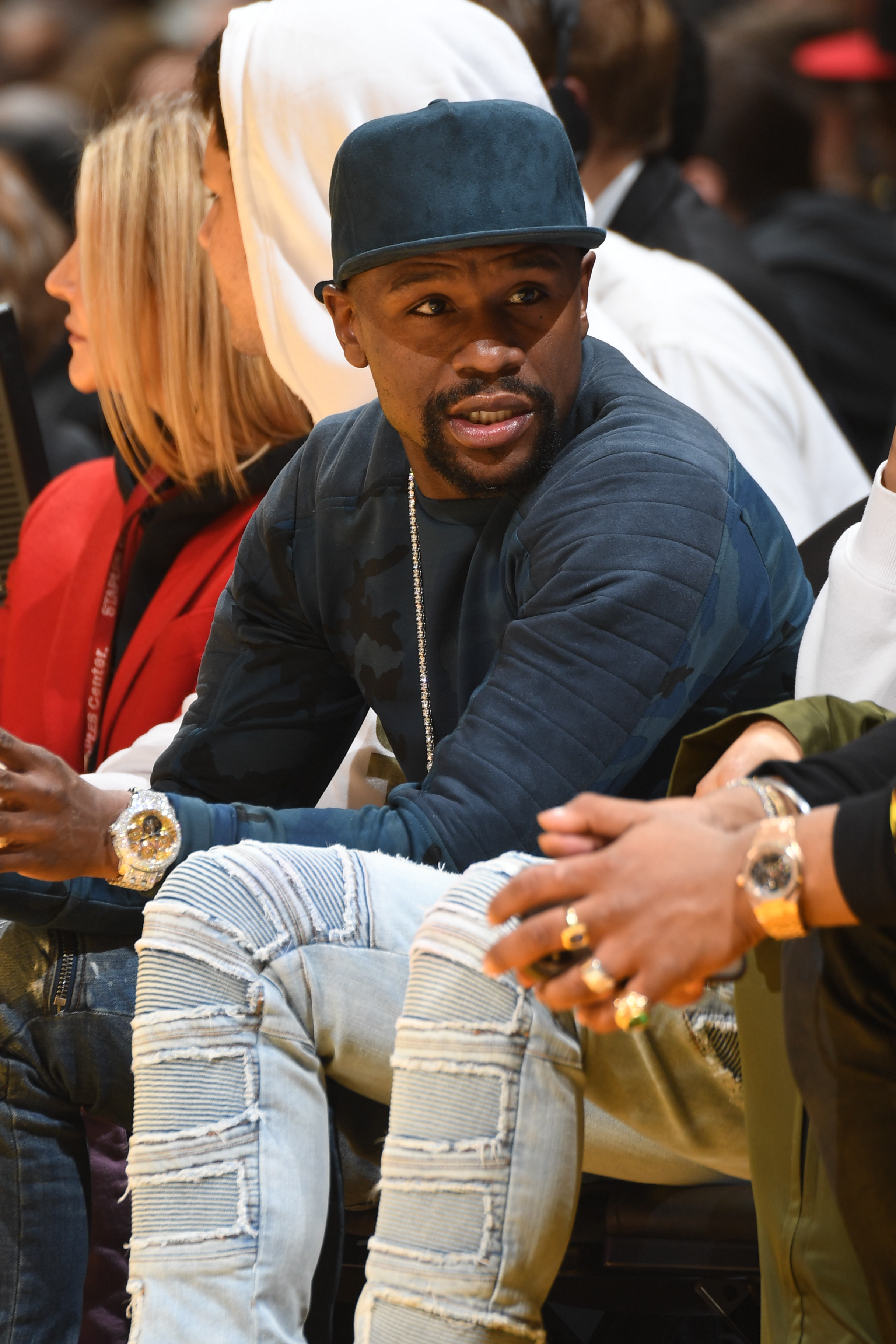 Mayweather, 43, last boxed as a pro in 2017 beating McGregor but in 2018 returned to stop featherweight kickboxer Tension Nasukawa in a one-round exhibition.

And according to TMZ Sports, he has been approached about another exhibition spectacle which would see him remarkably box Paul.

John Kavanagh, who helped McGregor prepare for his boxing defeat three years ago, slammed the potential fight and questioned how it could even be sanctioned.

Kavanagh tweeted: "how is logan getting a pro license to fight mayweather?

"he has no pro combat sports experience? "yes but didnt conor get a boxing license to debut against him??"

"true, but you're a slow donkey if you think that is in anyway similar to a youtuber getting one for his debut."

The first resulted in a draw after six exhibition rounds, but the pair controversially turned pro for their rematch last year. 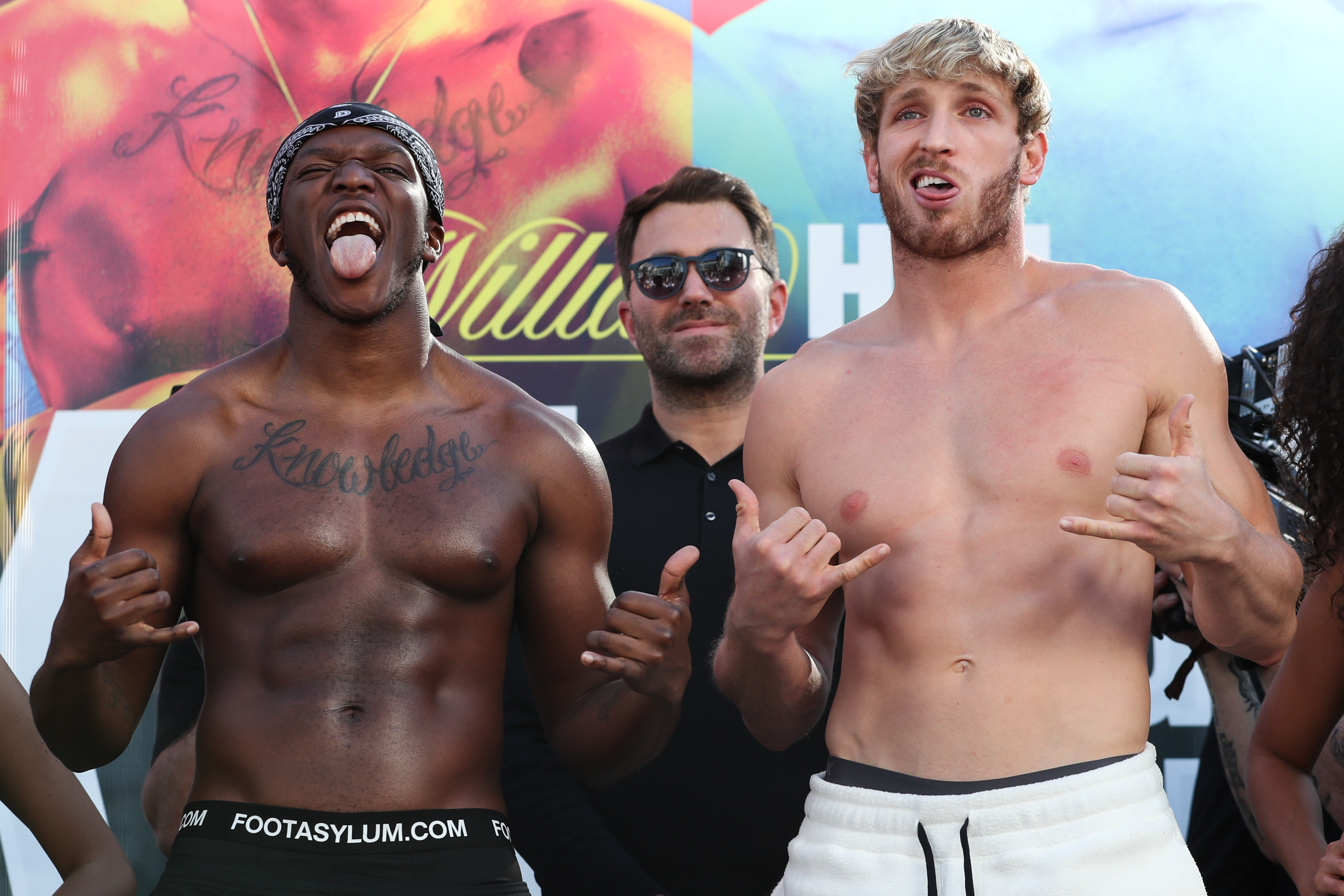 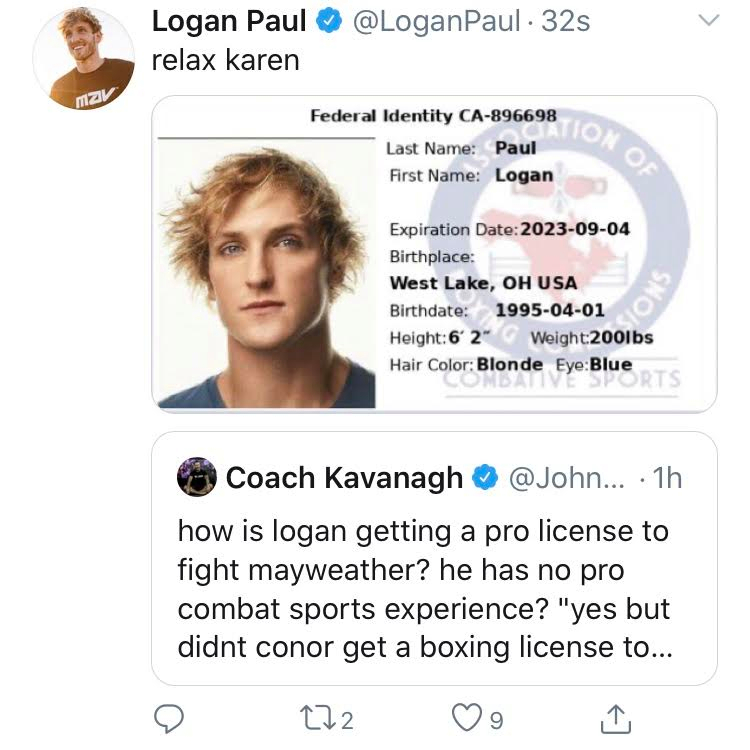 Paul, who was beaten by split-decison after having two points docked, uploaded a picture directed at Kavanagh, revealing that he already has a pro licence.

The 25-year-old American will not be in need of a licence if the bout is an exhibition.

Mayweather last year confirmed plans to come out of retirement, but revealed he would likely only box in exhibitions, opposed to returning as a professional.

Despite being approached for the mismatch bout, the American legend is said to be leaning towards rejecting the offer.