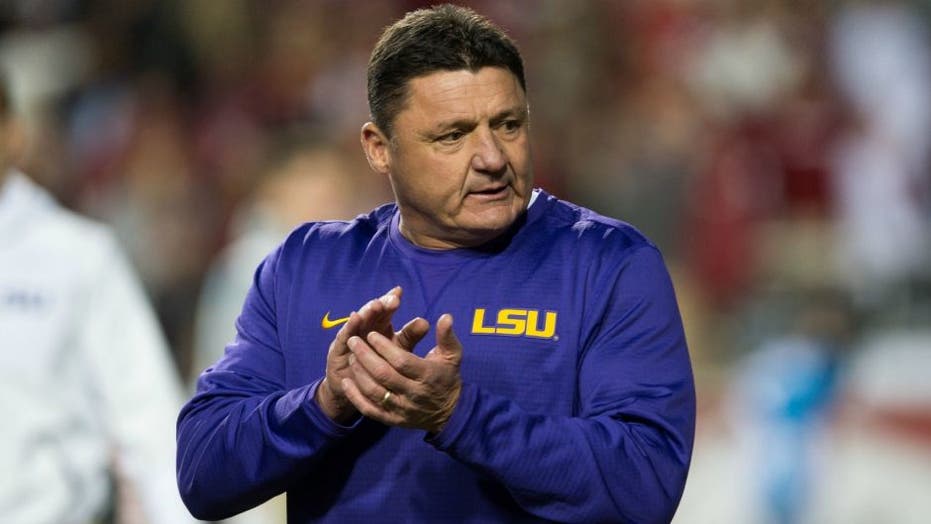 LSU Tigers head football coach Ed Orgeron may not have national championships to his credit but, when it comes to getting his team rallied for games, you can throw the resume right out the window.

In a story published in The Athletic on Monday, former college football players who were coached by Orgeron from his days at USC to his current stint with LSU recalled how the coach would get them hyped for games and the motivational tactics he would use.

A handful of players told The Athletic that Orgeron supposedly punches himself in the face every Saturday.

David Ducre, who played tight end from 2015 to 2018 under Orgeron at LSU, said the coach punches himself in the face “at least once a week.” 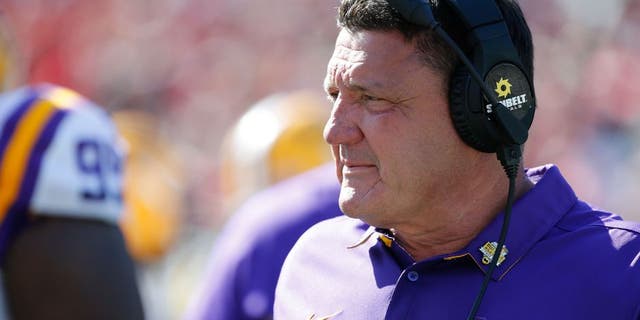 Ethan Pocic, an LSU offensive lineman from 2013 to 2016, said Orgeron shocked a few players during a Senior Bowl when he struck himself out of nowhere.

“My senior year bowl game: We’re playing an 11 a.m. or noon game. Citrus Bowl,” Pocic said. “Coach O walked up in front of the room, guys were talking, and you just hear it go quiet. He’s just standing there and everyone is looking at him and he just punched himself in the face. Everyone was like, ‘Whoa.’ And then he did it again.”

Gallman recalled to The Athletic another time where Orgeron knocked out his fake tooth.

“One time knocked his false tooth out. He just straight-up jacked himself in the jaw and spit his tooth out and kept talking,” Gallman said. “It was like, ‘Holy s—t. Did that just happen?’ He’s just steady talking and we’re just looking at the tooth on the floor like, ‘Wait, what?’”

Orgeron is also known for his love of energy drinks. He revealed on ESPN Radio’s “The Dan LeBatard Show with Stugotz” in May 2017 that he consumed about 8 to 10 energy drinks a day. Seth Newsome, an LSU defensive end from 2016 to 2018, confirmed to The Athletic that Orgeron “drinks as many Red Bulls and Monsters as he needs.”

John David Moore, who was a tight end and a fullback under Orgeron from 2014 to 2017 at LSU, and Ducre also recalled the moment Orgeron smashed a Red Bull can over his head.

The former team members also said he took a can and shotgunned one in front of the team. 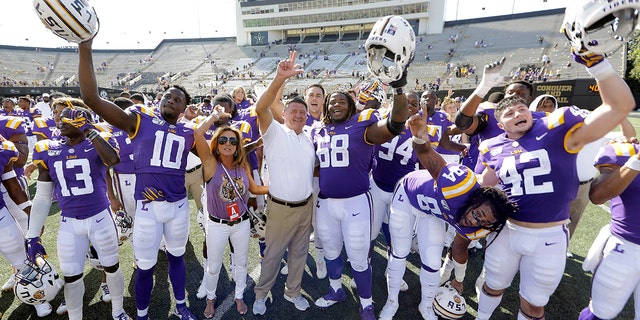 “He had two Red Bulls and he Stone Cold’d them and chugged them,” Gallman said. “That definitely got us hyped up.”

The legend of Orgeron has only grown since he was named head coach of the Tigers in 2016, replacing Les Miles who had won the team a national championship.

Orgeron is in his fourth season with LSU. Last year, the team went 10-3 and won the Fiesta Bowl. This season, the Tigers have won four straight games and are in the conversation for the College Football Playoff.

LSU’s next game is against Utah State on Saturday. Then the thick of the SEC schedule begins on Oct. 12 with a game against the Florida Gators.