FORMER Liverpool hero Luis Suarez turned into public enemy No 1 at Anfield on his return with Barcelona.

The Kop were infuriated with the ex-fan favourite for his theatrics during the first half of the Champions League semi-final second leg. 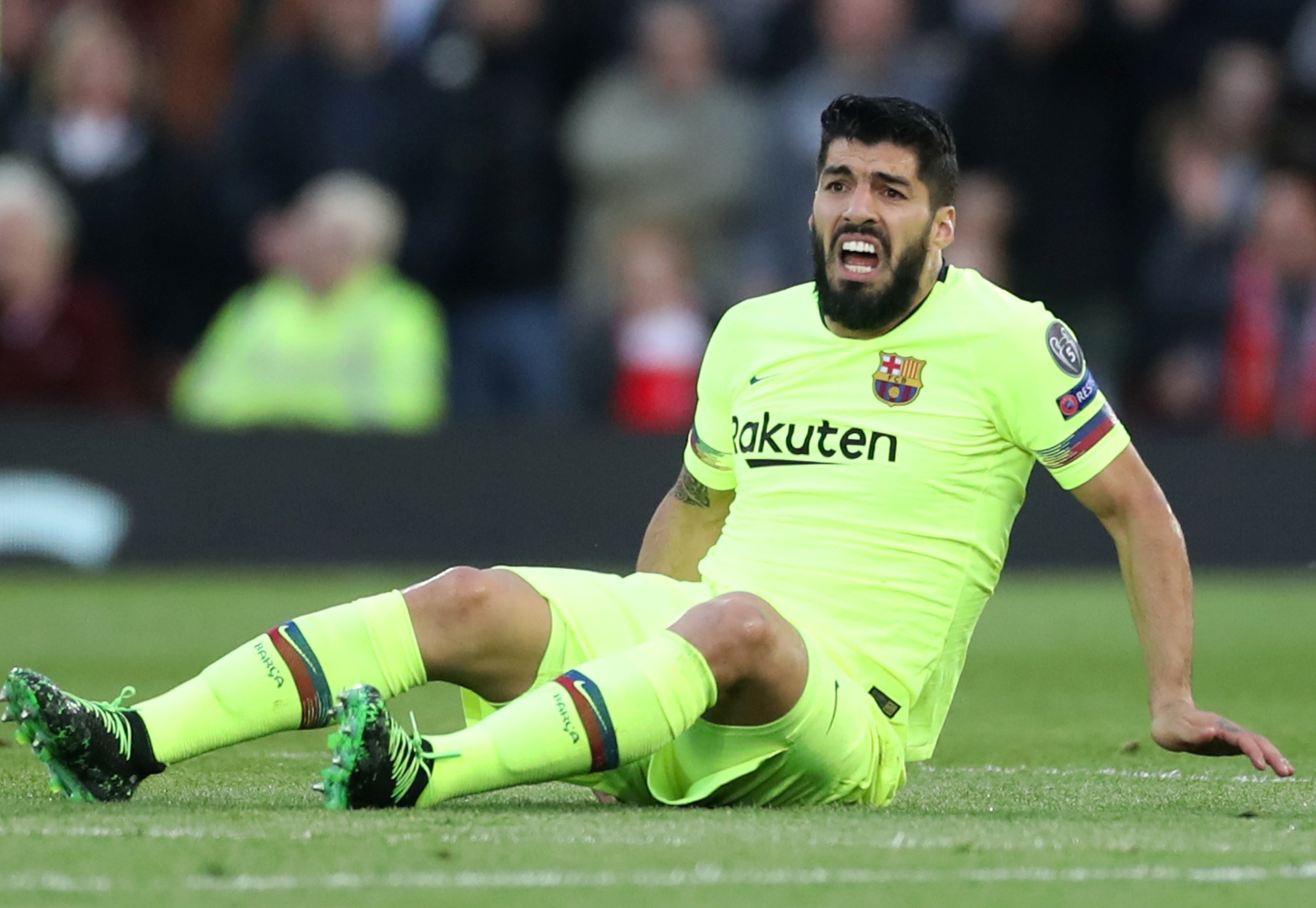 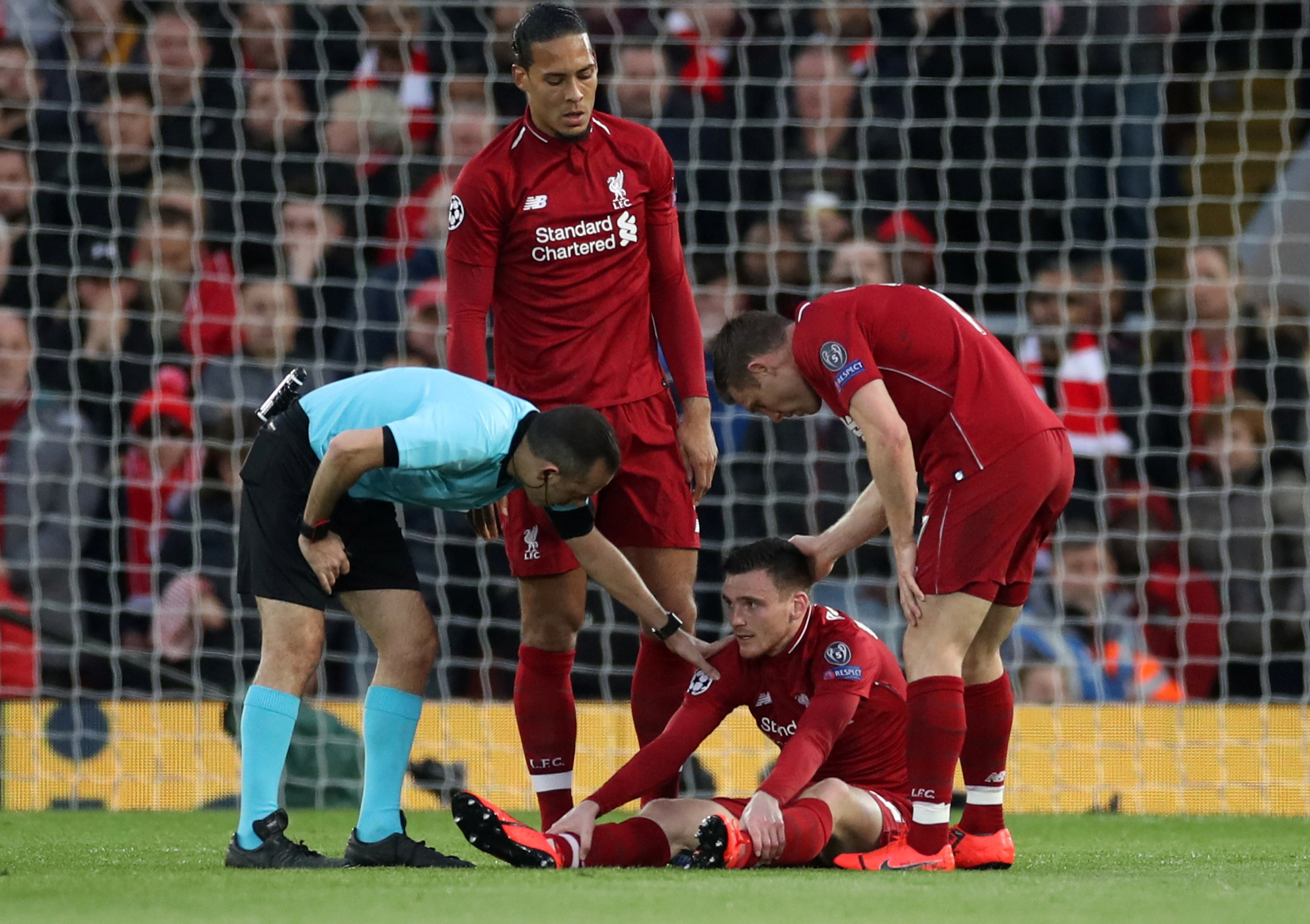 And they were seething even further after he collided with Liverpool’s flying full-back Andy Robertson – forcing the Scotsman off at half time.

It looked to be a rather innocuous coming together, but upon further inspection it appeared there was just a little bit of intent from Suarez as he flicked out his leg towards the defender.

Suarez had already riled the Reds last week by celebrating after opening the scoring at the Nou Camp.

But they were fuming with him again tonight as chants of “cheat” and “f*** off Suarez” reigned down from the stands.

Liverpool’s Fabinho was booked for a hard challenge on the Uruguayan early on before Virgil van Dijk was penalised for knocking him over.

And the club’s supporters angrily let him know what they thought about his attempts to get their men booked.

But the hatred did not just remain within the cauldron of Anfield – Twitter also exploded into life.

One fan wrote: “I never realised what a dirty, cheating c*** @LuisSuarez9 was until the semi-final matches.”

Another said: “The worst part of Suarez malicious kick on Robertson? The referee didn’t even check VAR for it. Sums up this shambolic refereeing performance. Disgrace.”

While another tweeted: “Luis Suarez really scored against his former club & proceeded to celebrate. He then stated that he expected a positive response from the Liverpool fans in the return leg, only to spend the first 45 minutes diving & injuring their players. Next level wind up merchant.”

But not everyone was as sympathetic.

A rival fan wrote: “Oh the irony of Liverpool fans chanting ‘cheat’ about Luis Suarez. Yes he is. And always was.”

Another said: “Ha Ha – Liverpool finding out what a bleeding cheat Luis Suarez is tonight – something #NCFC and the rest found out years ago.”