THREE second-half goals sealed a straightforward win for the Republic of Ireland away to minnows Luxembourg.

Strikes from Shane Duffy, Chiedozie Ogbene and Callum Robinson inside the final 22 minutes clinched victory for the visitors in the Group A World Cup qualifier. 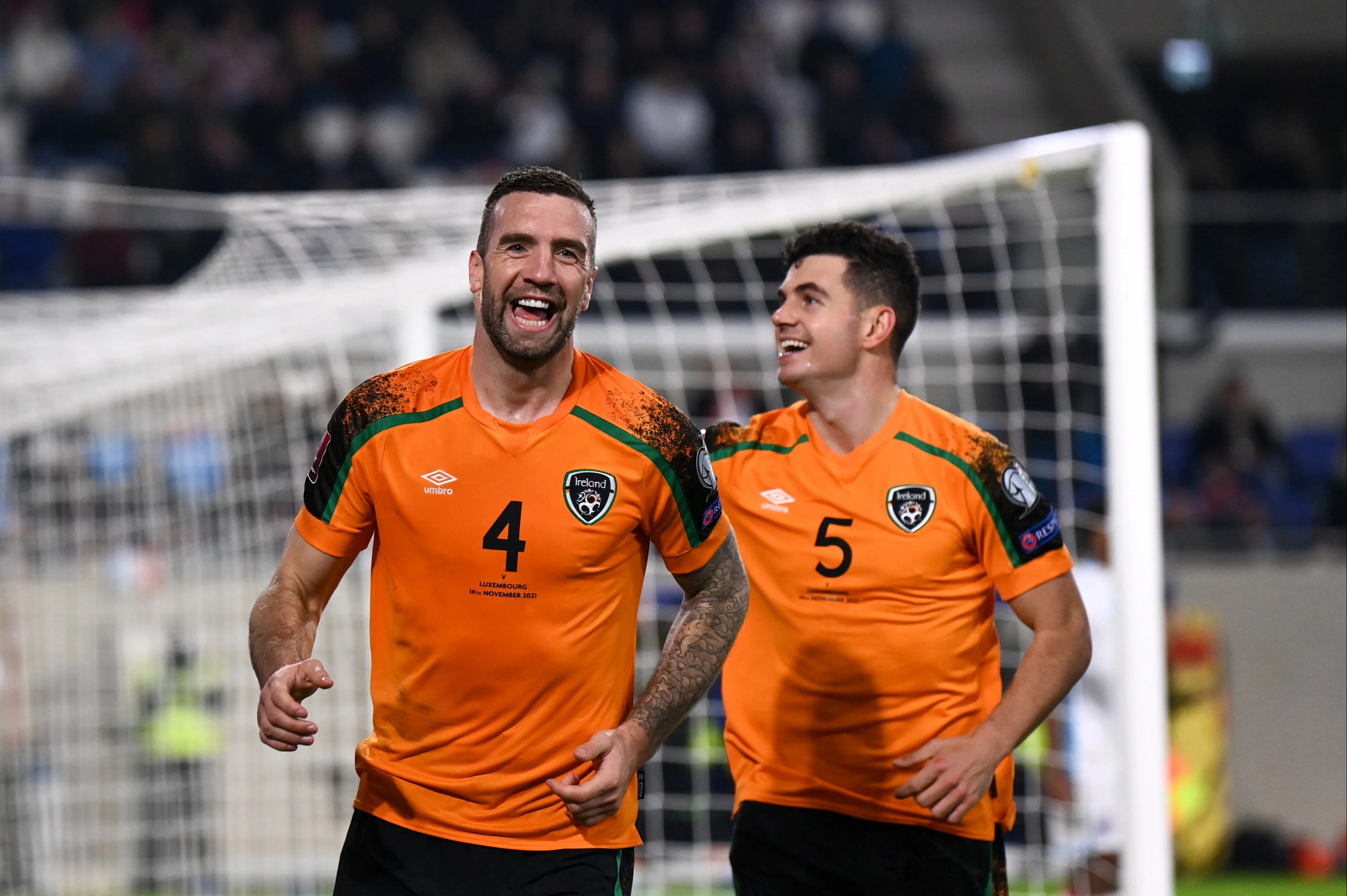 President Gerry McAnaney and chief executive officer Jonathan Hill were among a Football Association of Ireland delegation at the Stade De Luxembourg.

They are preparing to sit down to discuss manager Stephen Kenny's future after a campaign which started badly but has finished in more promising fashion.

Luxembourg played a significant part in that dreadful start when they won 1-0 at the Aviva Stadium in March.

But although they had a goal correctly chalked off with the score at 0-0, they rarely threatened a repeat in front of a capacity crowd of 9,268 at their new stadium.

In front of FIFA president Gianni Infantino – who was booed loudly by the crowd – and Luxembourg's Grand Duke Henri, it was home keeper Ralph Schon who was first into the action, diving to his left to palm away Robinson's dipping ninth-minute strike.

Adam Idah appealed unsuccessfully for a 14th-minute penalty after going down under defender Vahid Selimovic's challenge. 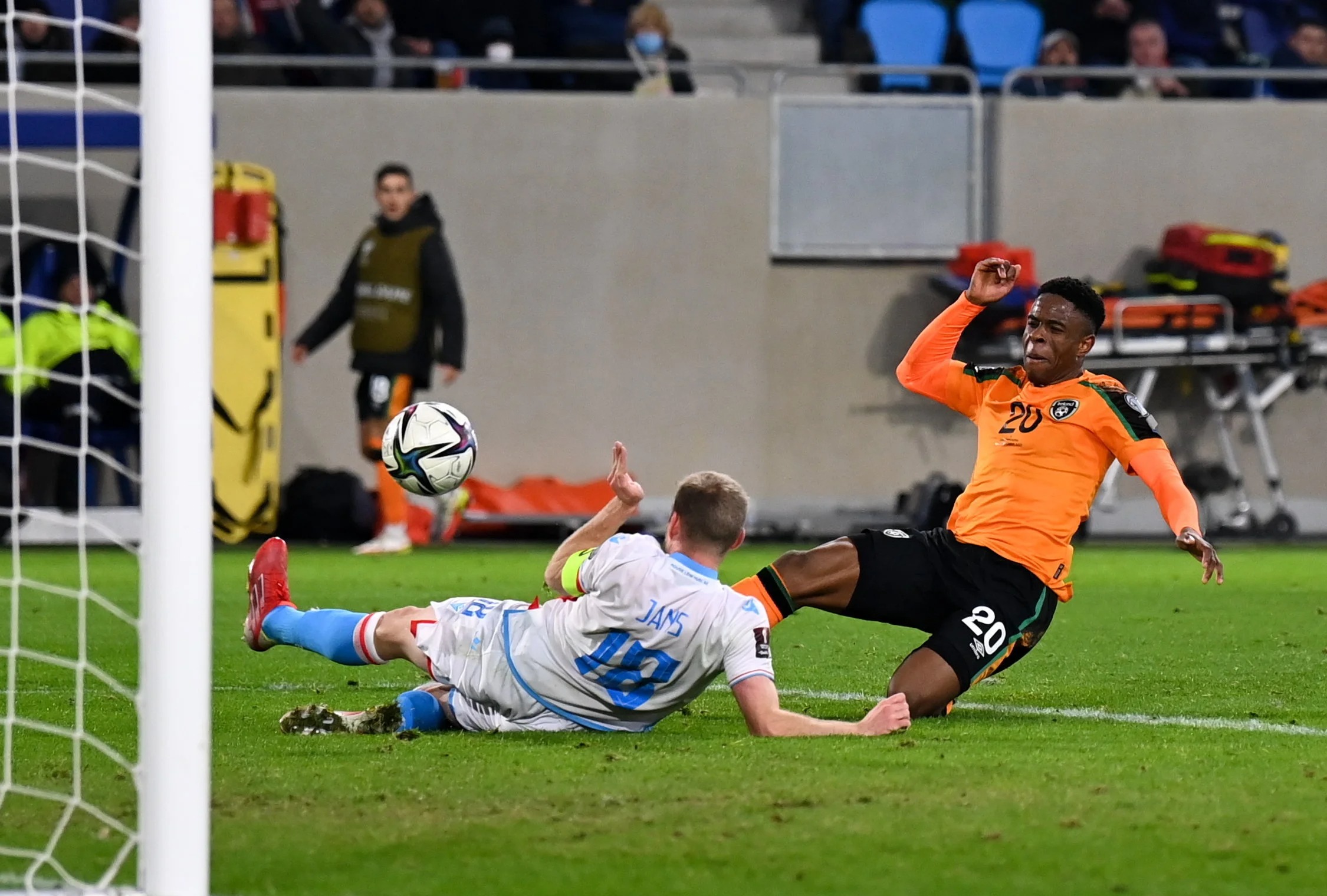 And Ogbene went similarly unrewarded three minutes later after Maxime Chanot appeared to tug at his shirt after he had burst past him.

The pace of Ogbene and Robinson and the width provided by James McClean were causing Luxembourg real problems.

Gerson Rodrigues was keeping the Republic rearguard engaged with his clever movement, but with little or no end product.

But Schon needed strong hands to divert Ogbene's rising drive over five minutes before the break and then claw away John Egan's header with Ireland looking the more likely to force their way in front.

Idah flicked a Jeff Hendrick cross wide with Robinson perhaps better placed behind him and the Newcastle midfielder screwed a shot wide from Matt Doherty's through-ball as Ireland resumed with real purpose.

Doherty blasted high and wide from long range with the momentum increasing, although it might have died with 54 minutes when the home side thought they had taken the lead. 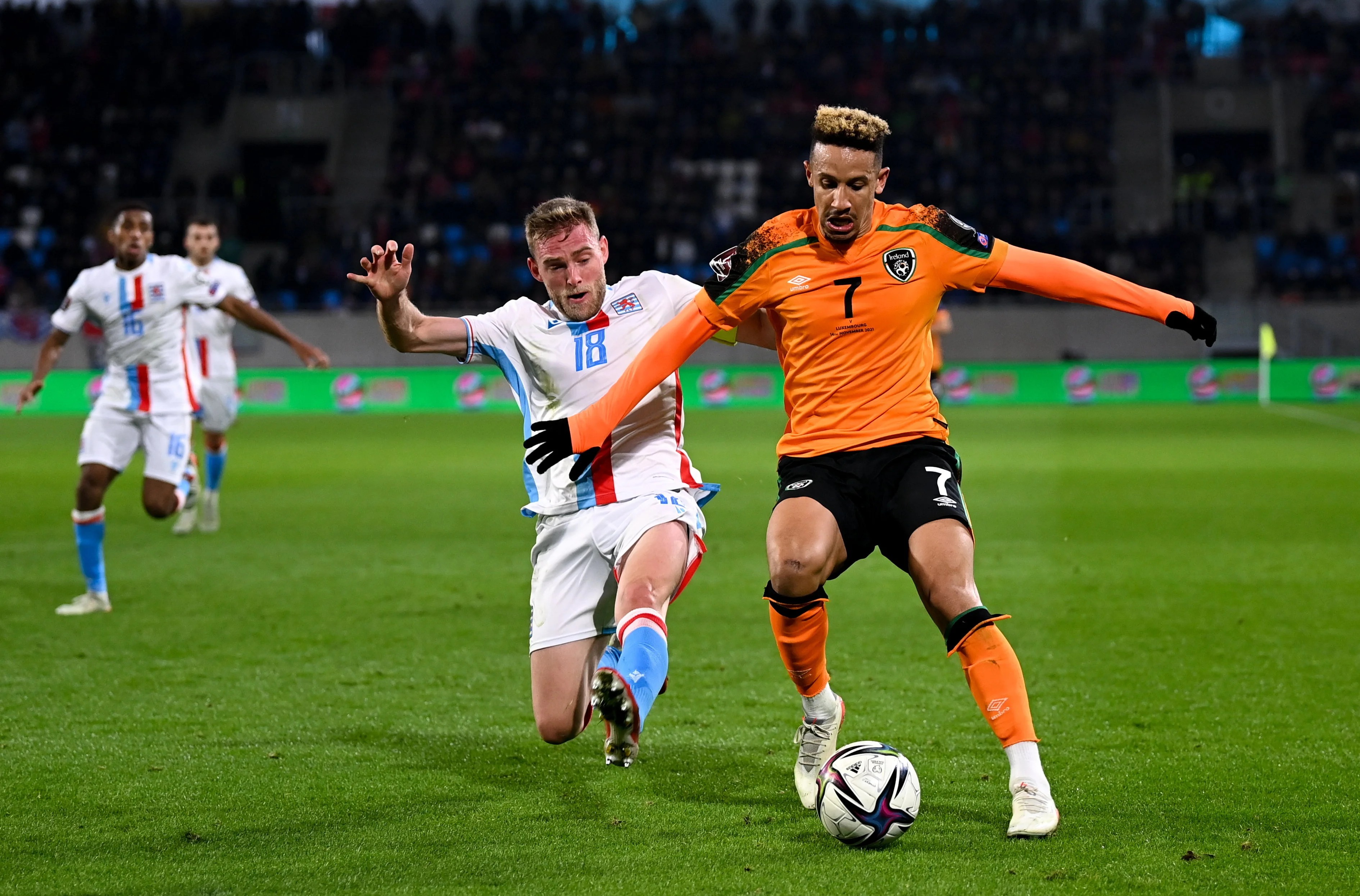 Danel Sinani was well into his celebration after thumping Laurent Jans' cross past Bazunu, but Hungarian referee Tamas Bognar ruined his evening by blowing for a foul on Duffy by substitute Maurice Deville during the build-up.

Luxembourg's misery increased 22 minutes from time after Selimovic had been penalised for a foul on substitute Jason Knight.

He then got his head to Josh Cullen's free-kick, but could only help it on to Duffy at the far post and he powered it into the net from point-blank range.

It deepened seven minutes later when Hendrick picked out Knight's run into the box and he audaciously back-heeled it square for Ogbene to lift the ball over the advancing Schon.

And it was complete with two minutes remaining when Knight turned McClean's cross back across goal for Robinson to tap into an empty net.