A MANCHESTER CITY groundsman has surprisingly been spotted with a tattoo of fierce rivals Manchester United.

The member of staff was seen inspecting the pitch at the Etihad Stadium before Pep Guardiola's side faced Fulham. 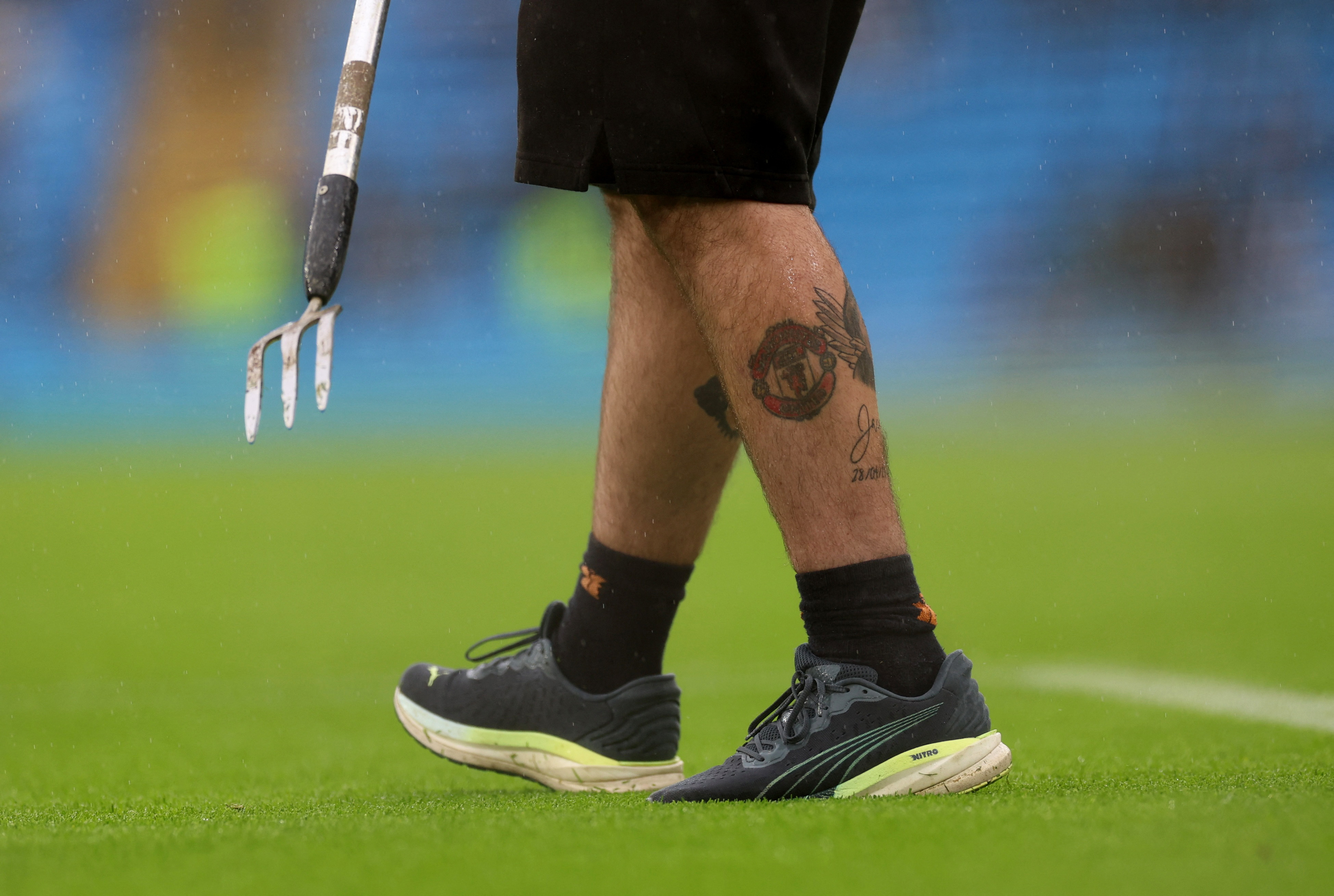 And the groundsman was photographed in shorts showing off his Man Utd leg tattoo in what feels like the wrong stadium.

Of course there is nothing wrong with City employing a United fan but would he have got the role if he flexed his body art in his job interview?

His work may have also led to his own side's downfall as City, on their slick pitch, hammered Man Utd 6-3 earlier this season.

Erling Haaland and Phil Foden both netted hat-tricks as they embarrassed their neighbours.

But maybe Man City are onto something hiring staff that support rival clubs as the blue side of Manchester's pitch maintainers have been voted as the best in the Premier League in previous seasons.

Back in 2021 manager Guardiola praised the groundstaff team, naming them his man of the match after a 2-1 win over West Ham.

They secured a vital three points on their way to lifting the league title in snowy conditions that nearly resulted in the game being called off.

Head groundsman Lee Jackson worked overtime clearing the pitch that day and Guardiola heaped praise on them saying they did an "incredible job".

Jackson is one of the longest serving members of staff at the club and has worked for them for over 30 years.

Man City left it late versus Fulham with Erling Haaland converting a last minute penalty to win it 2-1.

The Cottagers were left hoping the tattooed United fan left a divot on the spot but there was no luck with keeper Bernd Leno getting a touch but not doing enough to stop it going in versus ten-man City.