MANCHESTER UNITED are lining up Ivan Rakitic to replace Ander Herrera in their midfield, it has been claimed.

United boss Ole Gunnar Solskjaer knows he needs to add serious quality in the centre of the park as he plots a summer of changes at Old Trafford. 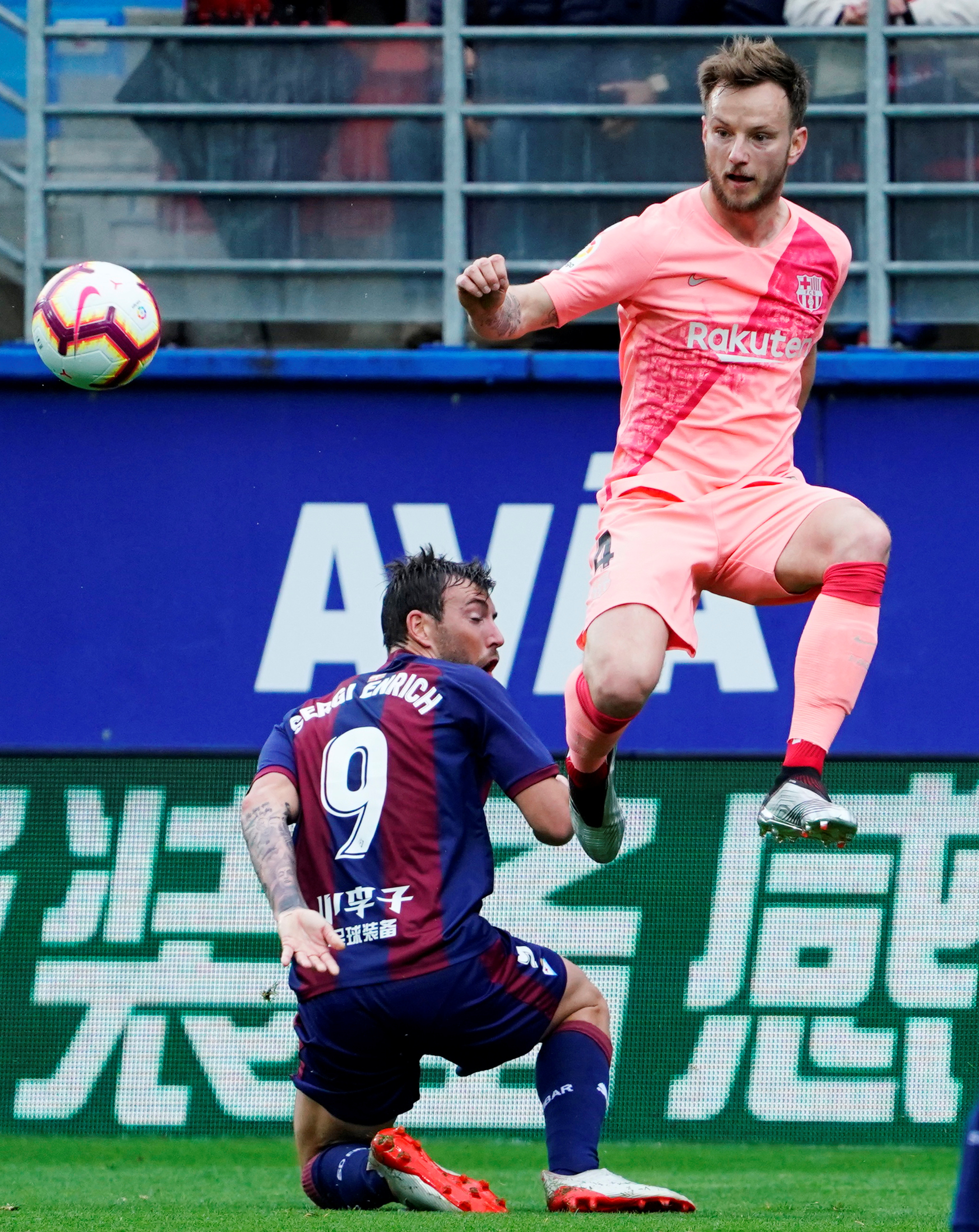 Herrera announced this month he was leaving United at the end of his contract with a free transfer switch to Paris Saint-Germain on the cards.

And the Daily Record claim the player Solskjaer wants to replace him is Barcelona star Rakitic, 31.

United are said to have made contact with the La Liga champions about whether they would be willing to sell the Croat.

And the feedback from the Nou Camp has been that business could be done so long as United match their asking price of £48million.

Rakitic has been a key performer for Barca since he joined from Sevilla five years ago.

But they desperately need to offload a few players to finance their own rebuilding plans during the close season, and Rakitic appears to be one they are willing to let go.

Barcelona have already agreed a £65m deal for Frenkie De Jong, and he could well be joined by Antoine Griezmann.

But to be able to afford to take Griezmann from Atletico Madrid, Barca need to raise funds and United could benefit by taking Rakitic.

Solskjaer is said to believe the midfielder can provide the kind of quality and maturity in his side they have lacked over the past season.

The only issue is Rakitic's fee being a little high, with United only wanting to spend £35m, while Barca want £48m.