MANCHESTER UNITED fans have jumped on the Matthijs de Ligt hype train after his goal against Tottenham.

The Dutch defender, 19, powered home the opener from a corner in tonight's Champions League semi-final. 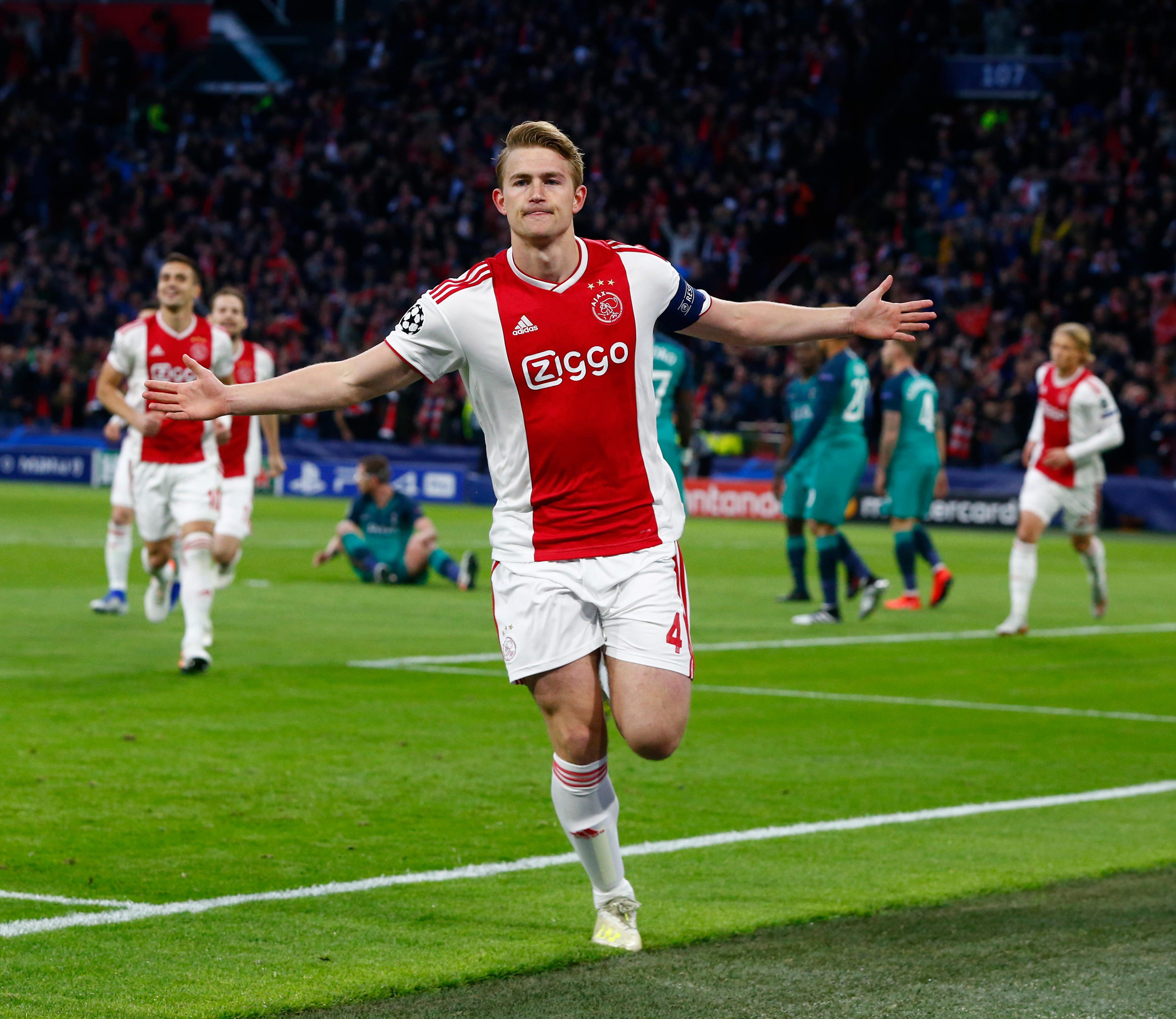 And the teen's defending has also been rock solid, with Spurs yet to score after 135 minutes for football in the tie.

De Ligt has been linked with a summer move to follow Ajax team-mate Frenkie de Jong to Barcelona.

But United fans are desperate to see their club shell out on the rising star.

One urged: "I would sell every single player at Manchester United and build the team around De Ligt and Pogba.

"I would honestly do it. This man is 19 years of age and will be the best defender in the world very soon."

Another tweeted that £100million would be a bargain for the classy centre-back.

While one user cruelly quipped: "What bargaining chip is United going to use to fish De Ligt from Ajax??

"Because this boy is better than Smalling Bailly and Jones combined".

And what price would United fans pay for De Ligt if he masterminds a victory against their bitter rivals in Madrid.