MANCHESTER UNITED star Cristiano Ronaldo has scored the most HAT-TRICKS in the 21st century, leading rival Lionel Messi by five. 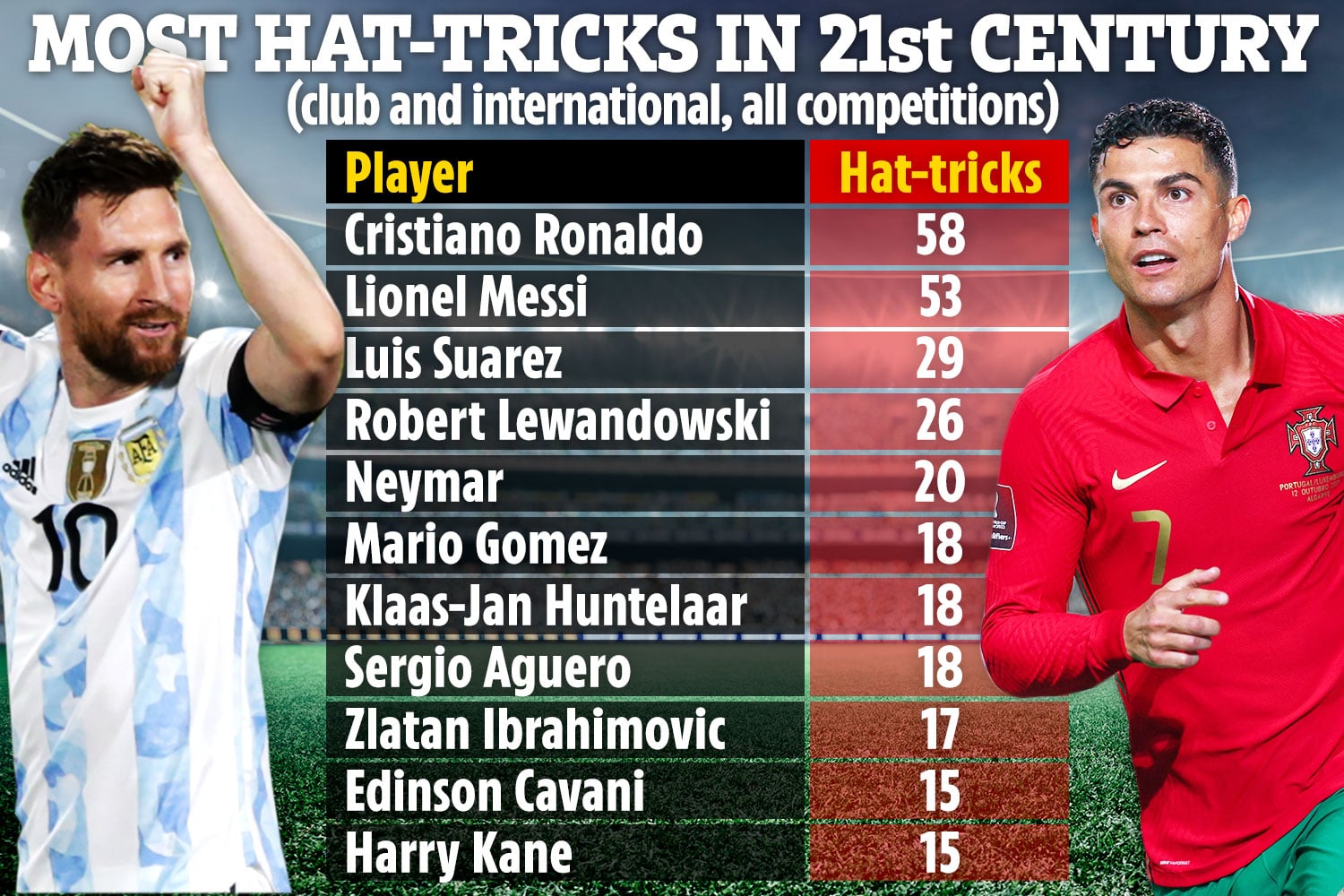 Manchester City's Bernardo Silva won the spot-kick just eight minutes in after jinxing inside of two Luxembourg defenders and being tripped in the process.

Ronaldo opened the scoring from the penalty spot blasting the ball straight down the middle.

Five minutes later, Portugal were awarded a second penalty, this time won by Ronaldo himself.

The 36-year-old was tripped inside the penalty are by goalkeeper Anthony Moris.

Ronaldo dispatched of the penalty, but the referee bizarrely pulled the ball back and made him retake.

And it typical Ronaldo fashion, he stepped up as calm as you like, and tucked the ball into the bottom right corner.

Moris denied Ronaldo multiple times through the rest of the game.

The Luxembourg keeper pulled off a smart reactionary save to deny Ronaldo from an overhead-kick, to the Portugal captain's disbelief.

But a Ronaldo hat-trick was inevitable.

With just three minutes to go, he peeled off his marker from a free-kick and headed the ball into the back of the net – securing his 58th professional match ball.

And he's extended his lead at the top of the all-time hat-trick goal scorers in the 21st century. 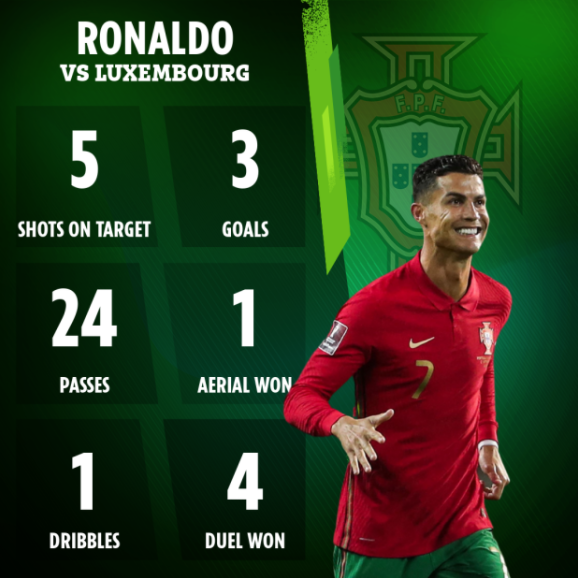 Rival Messi is five behind on 53, and their nearest rival is Luis Suarez on 29.

Bayern Munich forward and one of the favourites to win this year's Ballon d'Or, Robert Lewandowski, is three shy of Suarez.

And the Poland international has already scored a hat-trick this season against Hertha Berlin in the Bundesliga.