Marvin Vettori says he is looking forward to ‘breaking’ Kevin Holland when the duo meet in the UFC octagon this weekend.

Holland is a late replacement for Darren Till, and despite the late change of opponent, ‘The Italian Dream’ remains confident.

“He is still to be respected.

“I’ll approach him with my style. And my style is relentless pressure, good defence. It’s hard to deal with. None of the skills he has are going to be enough.

“I match up very well with him. But he’s still to be respected.

“I’m really looking forward to putting on a masterpiece and that’s it.

“[I’ll bring] relentless and pressure. And I’m really looking forward to breaking this guy. I want to see him quit in the cage.” 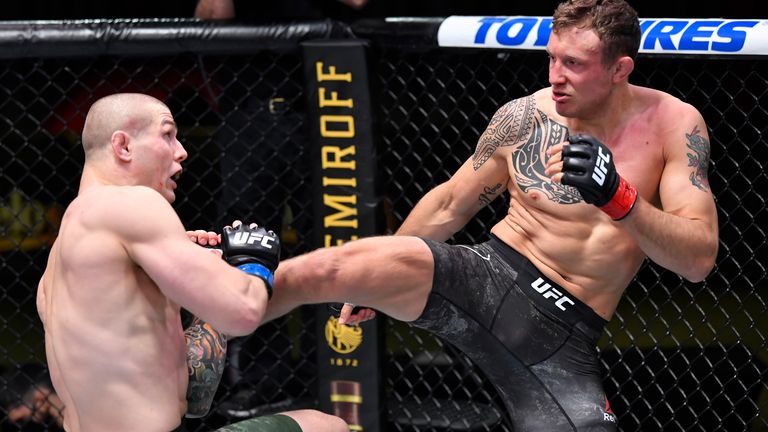 Vettori is aware his opponent has a reputation for trash-talking during fights, but he will simply concentrate on his own game.

“To be honest, I don’t think he’s going to talk that much in my fight,” he outlined.

“I think talking is not the best idea for him. But he can do it if you think it will help you so it. The most important thing is I have particular skills, and that will win fights, not the talking.”

Given that the Till fight fell through, Vettori is unsure of his next move after Saturday.

He is keen to claim the promotion’s middleweight title, regardless of whether that should involve a showdown with the Liverpool native along the way.

“We’ll see,” he hinted, when asked about a future showdown with Till.

“He broke his collar bone right now. He showed the X-Ray. That thing is really detached!

“We’ll see what’s next. First we’ll focus on Saturday night, and after that I’m chasing that title. We’ll see what happens.”